SA vs ENG, 3rd Test: Blood at the Bullring as South Africa ripped apart by England 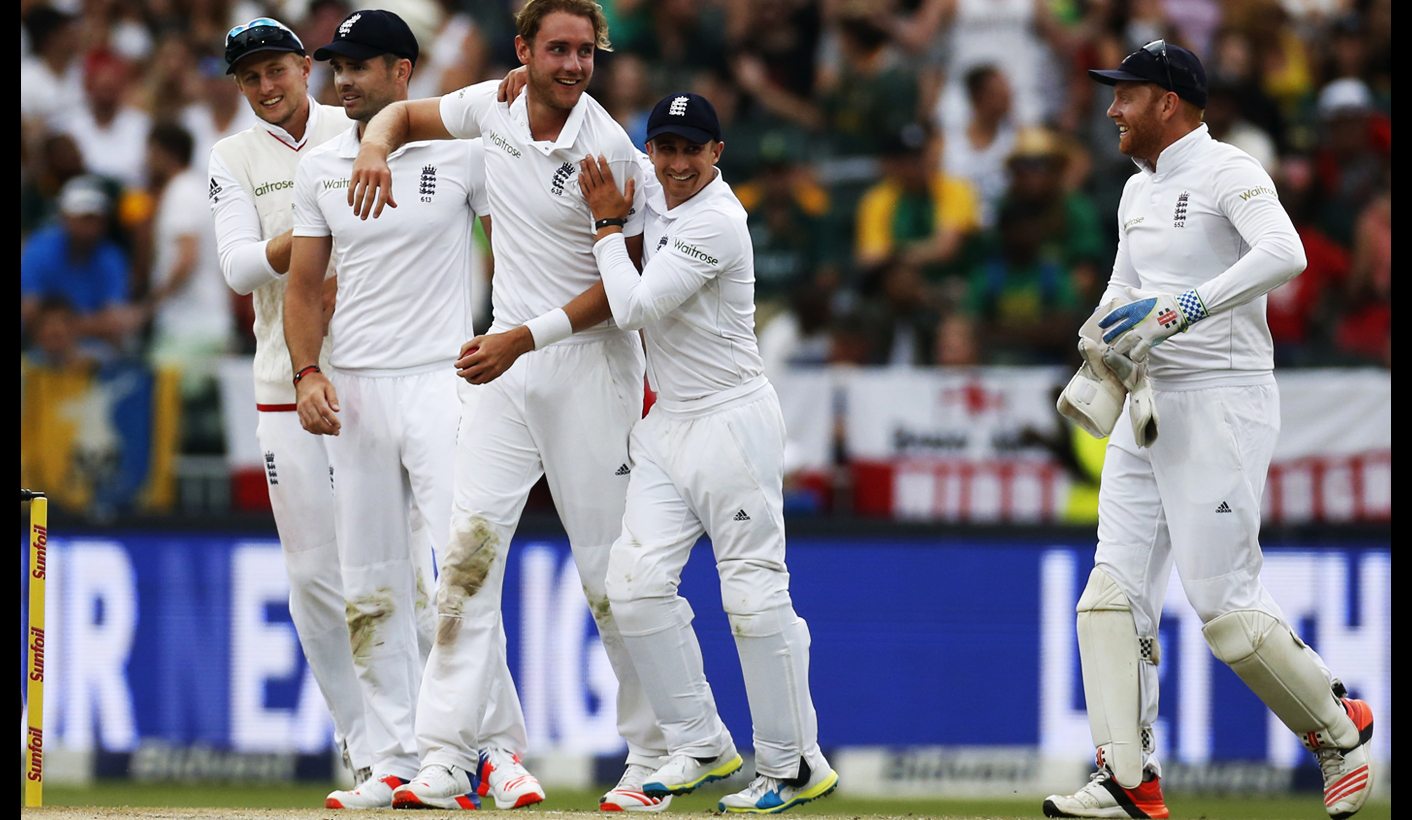 South African cricket reached another of its “lowest ebbs since re-admission” as South Africa were ripped apart by England inside three days, losing the third Test by seven wickets and conceding the series 0-2 with a match still to go. That the scorecard says England won by seven wickets hardly does justice to the severity of the demolition job that South Africa ran into over the last three days. By ANTOINETTE MULLER.

South Africa paid the price for their dubious batting in the first innings of the third Test against England at the Wanderers as a fired-up Stuart Broad made them look like amateurs who had a 16:00 tee-time at the golf club across the road. In ten overs, South Africa lost five wickets for just 12 runs and Broad finished with six for 17 in 12.1 overs. South Africa slipped to 83 all out in just 33.1 overs, their lowest innings total on home soil since readmission. That the scorecard says England won by seven wickets hardly does justice to the severity of the demolition job that South Africa ran into over the last three days.

The last six months have had many moments of “lowest ever” in South African cricket and this was another one of those. This by no means discredits Broad’s excellent performance; he has been one of the best strike bowlers in recent years, having taken more wickets than any other bowler (215) since July 2011. His spell turned the Test on its head in just a session. He exploited the conditions in a way South Africa’s bowling attack had failed to do, but when the magnifying glass is cast on this match, South Africa only have themselves to blame.

That not a single batsman managed to notch up a 50 after they won the toss and elected to bat and that they had to rely on their tail-enders to get to the 300-run mark was always going to add to the challenge if England had managed to wipe out the deficit. This is Test cricket and it will expose your flaws with no mercy and the South African Test team is one that is deeply flawed at the moment.

Barring their efforts on a flat deck at Newlands, over the last 12 months, the South African batsmen have looked out of their depth on more than one occasion. In India, when the dustbowl pitches dished up a stern challenge, they escaped some of the blame and perhaps, instead of forcing some introspection, they had a scapegoat. For some, even going back to first-class cricket before the England series dawned, did not seem to help get them out of the rut they had fallen into. The excuse of the team going through a transitional period does not excuse some of the ineptitude that has been on display.

Injuries to some of their best players cannot be the only excuse. It’s mostly the Proteas’ bowlers who have suffered and it’s the batsmen who have been letting them down for the past 12 months. Consistency in selection has been one of South Africa’s strong points in the past, but when it persists to the detriment of the team, it serves no purpose. So far, JP Duminy is the only player to have paid the price for a terrible run of form. Faf du Plessis and Stiaan van Zyl have both remained in the team with the former woefully out of form and the latter a square peg that’s being forced into a round opening hole.

Even the changes that have been made have been somewhat confusing. Chris Morris is neither here nor there as a batsman or bowler. Hardus Viljoen is exciting and erratic. And going with a blasting pace attack without having a single bowler – like Kyle Abbott – to hold up one end seemed to be a recipe for disaster when England have players like Joe Root, Ben Stokes and Jonny Bairstow who are not scared to take on balls flying at them at 140km/h. Whether or not blooding more rookies in the places of those who underperformed would have remedied this disaster we’ll never know, but it is clear: South Africa are in desperate need of direction and leadership.

In the third innings, Broad showed the value an experienced bowling line-up can bring on a pitch like the Wanderers. Pitching the ball up and being backed by his captain to steam in and give it his all with the new ball went a long way in South Africa’s unravelling. This is in stark contrast with South Africa’s approach where AB de Villiers waited until the ninth over to hand his most capped bowler – Morne Morkel – the cherry in the second innings.

De Villiers has been the subject of much scrutiny during this series. There were rumours that he might call it quits at the end of it, rumours he refused to deny outright. Such rumours cannot be good for team harmony and the lack of leadership through such tough times has manifested itself in the results.

South Africa is a team of extraordinary players who have previously managed extraordinary results. That has not changed. What has changed is the fact that there is nobody who knows how to get those results of them and when you can’t even motivate some of the best players in the world to even give a third of their best, there’s a serious problem somewhere. DM