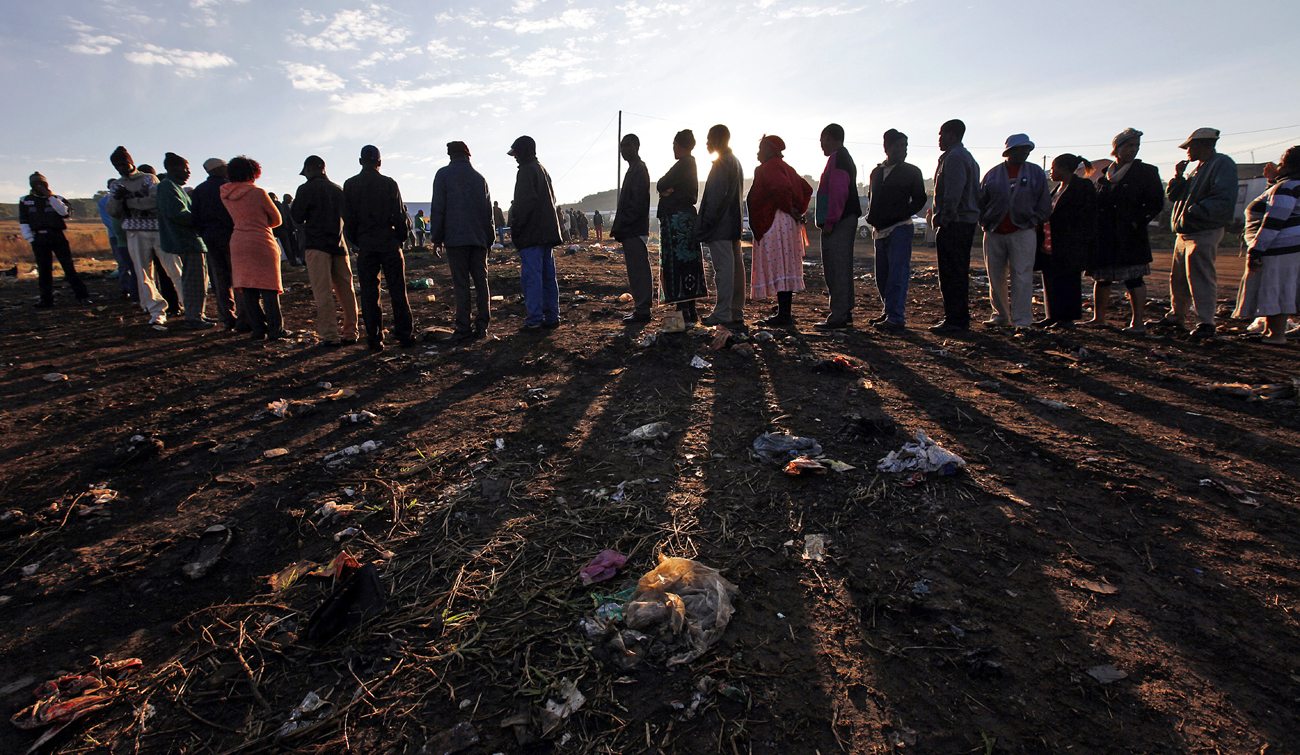 David van Rooyen will not be delivering Budget 2016 this year after being hastily moved out of the Finance Ministry, but he will get to decide when South Africa will hold its fifth local government elections. The Minister of Cooperative Governance and Traditional Affairs (COGTA) has to decide on a date between May and August this year when the country’s most contested poll will take place. The Independent Electoral Commission (IEC) has a few matters to iron out before the date can be proclaimed, such as the verification of addresses where voters are registered. But they vow this will be a credible poll. By RANJENI MUNUSAMY.

The judgment by the Constitutional Court that the Tlokwe by-elections was not free and fair has given the IEC a mountain of work to do. The conclusion that there were “irregularities” in the Tlokwe election means that the IEC has to verify physical addresses of those on the voters’ roll for future elections. IEC deputy chairperson Terry Tselane explains that this is not always possible as only 37% of the population have physical addresses.

Speaking at the IEC launch of the 2016 municipal elections in Midrand, Tselane said the Constitutional Court ruling had raised the standards for the IEC. He said the verification of addresses where voters were registered was the biggest challenge for the IEC. Since it is illegal for people to register in a voting district where they do not reside, registration officials have to confirm that voters are registered in the correct voting district.

“There are a lot of areas with no addresses in this country. The biggest challenge will be to go into each and every area, identify landmarks and then have our team identify them on the map,” Tselane said.

COGTA Minister David van Rooyen says the Constitutional Court ruling was one of the factors that needed to be taken into account before he could proclaim the election date. The election has to take place within 90 days after the expiry of the current local government term on 17 May. The environment had to be “conducive” for a free and fair election, Van Rooyen said.

“We take it seriously that the elections should be free and fair,” he said. “The Constitutional Court ruling assigned new things to be done before we can say the environment is ready for our people to take part in free and fair elections.” An inter-ministerial committee has been set up to complete all the final “touch ups” ahead of elections, Van Rooyen said.

IEC chief electoral officer Mosotho Moepya said the municipal demarcations process had reconfigured the landscape of the country. The number of municipalities has been reduced from 278 to 257. There has also been a 15% reduction in the number of wards. A total of 4,392 wards will be contested in the elections this year.

New IEC chairperson Glen Mashinini says while the 2016 municipal elections was being billed as a litmus test of political party support in the country, his institution was “rock solid” and would ensure a credible election.

The IEC’s credibility has been dented by the corruption allegations against its former chairperson Pansy Tlakula, the Tlokwe matter and the appointment of Mashinini, a former advisor to President Jacob Zuma, as an IEC commissioner and then its chairperson. Municipal elections 2016 will therefore be a test for the IEC too, and opposition parties will be watching the commission’s every move. The commission will have to prove its credibility to overcome suspicion of vote rigging.

Mashinini said there are always those who seek to influence the outcome of elections and use tactics such as the bussing in of voters. He called on IEC officials to remain vigilant against those who could compromise the elections. There are also questions about the abuse of state resources to win votes. COGTA Deputy Minister Andries Nel said the work of government would have to continue as normal during the election period and this should not be perceived as state resources being used to win the support of voters.

But the credibility of the elections are likely to be influenced by a range of other factors. IEC officials acknowledge that service delivery protests could cause violence and instability in some areas and that security will be a major issue to preserve the integrity of the elections. Apart from the high number of community protests around the country, the poll is likely to be used as a bargaining chip for other protest actions.

The #FeesMustFall movement is ratcheting up the pressure on government and vowing to continue protest action until their demands for free education are met. This matter is unlikely to be resolved by mid year. President Jacob Zuma has appointed of a commission of inquiry into the matter and this might be a strategy to suspend further student protest action for the eight months over which the commission will conduct its work. The commission then has two months to report to the president, by which time the municipal elections process would be complete.

Cosatu is also making threats around the elections. In the federation’s furious reaction to the signing of new tax legislation into law, Cosatu said the issue would “complicate” campaigning for the local elections. Cosatu is threatening the rolling out of a massive campaign against the “nationalisation of workers’ pensions”.

All these protests have nothing to do with the actual robust election campaigning and contestation that is expected. Tselane said while this year’s election would be the most exciting in South Africa’s history so far, it will also be the most contested. Opposition parties are working to break the ANC electoral dominance, particularly in the metros. The ANC is likely to wage an all out fight to make sure it does not lose control of areas such as Nelson Mandela Bay, Tshwane and Johannesburg. While election violence has progressively reduced over the years, there is a danger of conflict in hotly contested areas, as well as internal party fights over candidacy.

This year is the 20th year since the adoption of the Constitution and the IEC and government will want to us the 2016 elections to show that the fundamentals of democracy are still intact. There are currently 24.9 million people on the voters’ roll and approximately 9.1 million eligible voters are not registered – more than 80% of these below the age of 35. Major voter education and registration campaigns will be run to get these people onto the voters’ roll.

But there are a whole range of factors that might inhibit a free, fair and credible election, particularly the fact that large sections of the population are restless and discontented. The fundamentals of our democracy might be in place but a disgruntled populace might not see the elections as a means to channel their discontent. South Africa is also a country which far too often sees violence as the first and last resort to vent frustrations.

The winter of 2016 will be time of a mass demonstration of people’s power. Whatever happens, the will of the people of South Africa should and must be expressed. DM

Photo: People queue to cast their votes during the South African municipal elections in Soweto May 18, 2011. REUTERS/Siphiwe Sibeko.