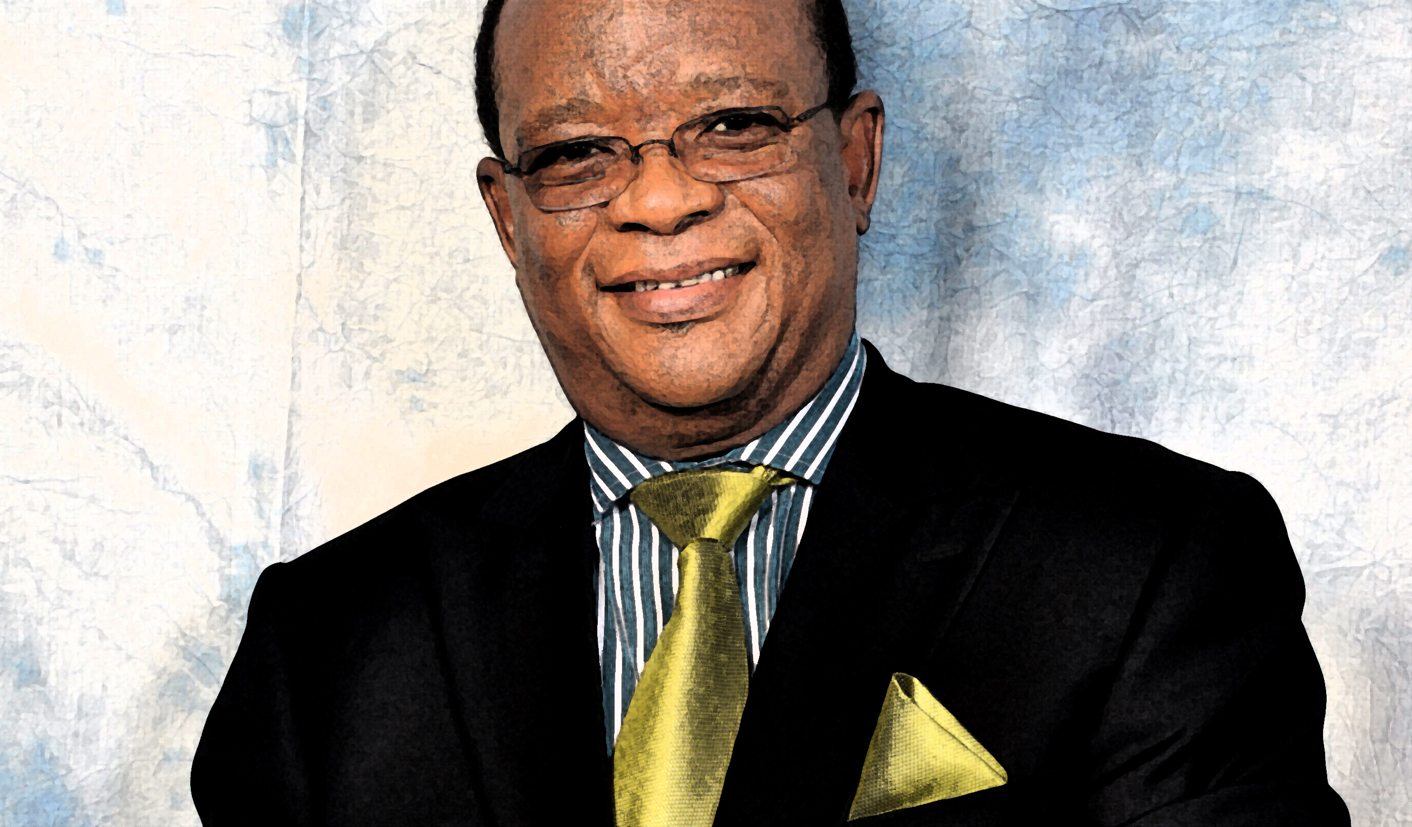 North West Premier Supra Mahumapelo has signed a significant report declaring that the reign of the autocratic Kgosi Nyalala Pilane be “disregarded and nullified with immediate effect” ending years of legal wrangling and internecine warfare over how land and the wealth which belongs to the Bakgatla-Ba-Kgafela tribal authority should be shared. Merafe Ramono now has been declared the rightful senior traditional leader of Bakgatla ba Kgafela community in the platinum-rich North West. Will it change the fortunes of the embattled and abused community? By MARIANNE THAMM.

For years, the 300,000 strong Bakgatla-Ba-Kgafela community which consists of 32 villages in the Moses Kotane district municipality in platinum-rich North West province has been locked in a legal battle with the autocratic chief Nyalala Pilane and the Tribal Authority as to how land, returned to the community in after a successful land restitution claim, should be shared and administered.

The land in the country’s platinum belt has brought with it extraordinary wealth for some while depriving the community from benefitting from this. The political and financial stakes are high which is why the decision to remove Pilane holds with it much promise. But whether this will restore to the community their rightful share in the billions that have been amassed from mining and business remains to be seen.

In 2013 the Constitutional Court handed down a landmark ruling striking down a series of interdicts obtained by Chief Pilane from lower courts prohibiting meetings by the Bakgatla baKgafela traditional community of Mothlabe village in North West province. The community called the meetings in order to hold the chief accountable and to discuss Pilane’s use of the tribe’s platinum resources for his own benefit.

The Con Court judgement found that the banning of meetings by traditional leaders violated fundamental rights of freedom of expression, association and assembly and that arbitrary prohibitions on community gatherings undermined the principle of accountability in a constitutional democracy.

But while the exercise of constitutional rights formed the crux of the issue, the distribution of royalties and other financial deals in the platinum-rich region are a more crucial matter for the underdeveloped community. Members of the community claimed that Pilane had treated the assets of the community as personal property and had registered companies and bank accounts in his own name as making unilateral decisions on mining and other investment opportunities without wider consultation. In April 2012 the “tribe” had made a cash investment of R1 billion in the mining company Platmin of which Pilane is a director.

The report signed by Mahumapelo last month was complied by a royal task team and found that the appointment of Pilane as ‘paramount chief’ for both the Bakgatla in South Africa and Botswana, contradicted South African legislation and the Constitution. It is hoped the decision to install Romano as leader will unite the Bakgatla community which met at the Motlhabe village community hall this week for a briefing on the report.

“Whatever the legal position is, the seven families constituting the broader Bakgatla royal families also considered it prudent to separate from their Botswana ‘paramountcy’. The Bakgatla traditional leadership in Moruleng, has traditionally been identified, or endorsed by their Botswana ‘paramountcy’. The Bakgatla Royal Family will however be required to make necessary consultations in terms of Bakgatla traditions and customs, leading to the enthronement of their new chief,” a press release announcing the decision to replace Pilane read.

Last month angry protesters disrupted a meeting addressed by Chief Pilane in Moruleng demanding that the finances of the traditional community be made available. According to a report by Aninka Claassens, director of the Rural Women’s Action Research programme in the Centre for Law and Society at UCT, the Bakgatla are worth R15 billion and own 40 percent of Siyaya TV which as been awarded R1 billion to televise soccer matches.

Attempts by the community during the past ten years to force Chief Pilane and the Traditional Council, the courts and government to account for revenue received from mining and other businesses have proved futile.

“When members of the royal family applied for a court order that he and the council submit its books to North West province and the auditor general, the North West High Court found that they had no legal standing and awarded punitive costs against them in a 2011 judgment. A 2012 internal audit report of the traditional authority’s books revealed that no revenue from mining deals was recorded and urged that this revenue must be accounted for,” Claasens wrote

In 2012, after violent protests, community members requested that the Premier of the North West remove Pilane. Petitions to successive premiers as well as former President Thabo Mbeki were also made but have been scandalously ignored.

In 2008 Pilane, who is politically connected and has access to extraordinary financial resources, was convicted on fraud and corruption a sentence that was later controversially overturned on appeal in 2010. Meanwhile, writes Claasens, the auditor general’s office confirmed that none of the 102 tribal books of account have been audited since 1994.

“The problem of lack of accountability by traditional leaders is widespread in other parts of South Africa. We see it especially where mining is taking place on communal land. There is serious intimidation of those who dare to question the chiefs’ unilateral deals with mining companies in KwaZulu-Natal. Remember Pilane is not just the kgosi of the BaKgatla. He also represents the Congress of Traditional Leaders of South Africa (Contralesa) as its deputy chairman. Contralesa has lobbied the government for laws such as the recent Traditional and Khoisan Leadership Bill, that sets in stone the tribal boundaries and traditional leaders created by the Bantu Authorities Act of 1951. The Bill will replace the Traditional Leadership and Governance Framework Act of 2003,” said Claasens.

She said that the existing Act contained safety valves to transform autocratic tribal authorities into more accountable and responsive traditional councils including that 40 percent of the members of traditional councils be elected and also that a commission investigate the legitimacy of disputed boundaries and traditional leadership positions.

“Both have failed spectacularly. Very few of the 1322 claims and disputes that have been lodged have been settled, and in some provinces no elections have yet been held. The existing Act provides that tribal authorities that fail to transform will lose their legal status. The new Bill keeps them alive It also provides for government to delegate powers directly to traditional councils through secret processes,” she said.

After the successful restitution claim the community had originally wanted the land to be held collectively in a community property association (CPA) but Chief Pilane wanted it to be held in trust. While original litigation pivoted on the interpretation of the Communal Property Association (CPA) Act, the case gave effect to the community’s constitutional right to be restored their land after being dispossessed during apartheid.

The community – known as the baKgatla baKautlwana – had also wanted to secede from the authority of Bakgatla-Ba-Kgafela under Chief Nyalala Pilane and constitute themselves as a separate Motlabe Tribal Authority.

While the villages that constitute the Traditional Community are situated in South Africa the traditional leader resides in Mochudi in Botswana with Nyalala Pilane having been appointed as deputy. Pilane is based in Moruleng in the North West Province. Historically, the Bakgatla-Ba-Kgafela resided as one community based in Saulspoort while a section later relocated further to Mochudi. The two sections, however, remained closely connected.

Residents of Motlhabe village had for years complained of mismanagement of the affairs of the Traditional Community claiming that the village was poor and underdeveloped and that resources derived from platinum mining and the popular Sun City resort were used to benefit those loyal to the Traditional Council and Chief Pilane.

During oral arguments, heard in May 2013, Deputy Chief Justice Dikgang Moseneke remarked that the matter was not about rules of the court (in relation to the interdicts) but about access to land.

“Shouldn’t there be certainty for this community? Seven, eight years after their restitution claim? So that the community can improve their circumstances? When will these people get to own their land and start to work on it and to benefit from it?” he said.

The decision to remove Pilane as leader is a significant victory for the Bakgatla-Ba-Kgafela but with a complex network of powerful political players as well as the huge financial benefits at stake what happens in the next two months will be crucial to the restoration of justice to this abused community. DM