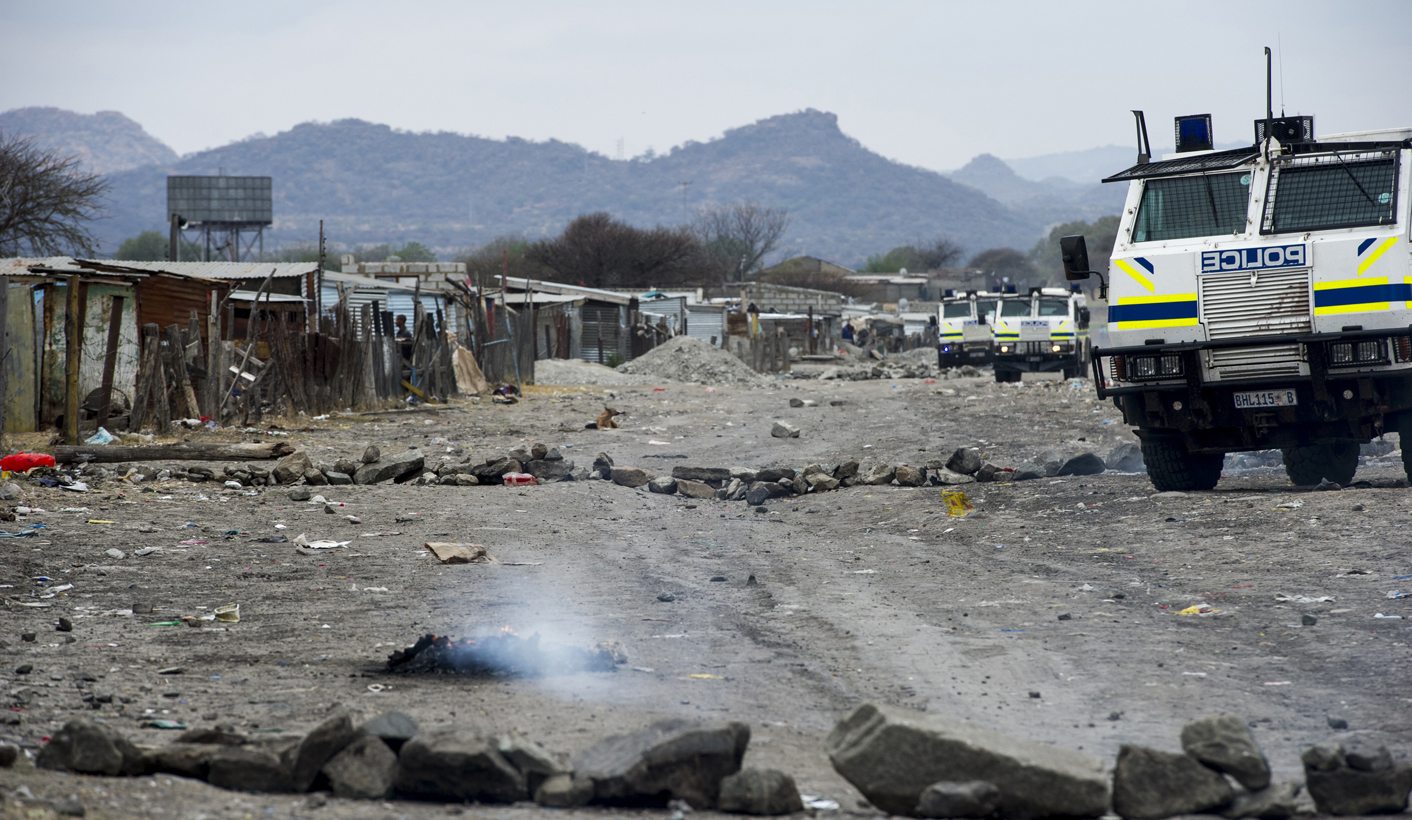 The purpose of arrest can only be to ensure an accused’s attendance at court. No other purpose is lawful. It is not up to an arresting officer to determine whether an arrested person should be detained pending criminal trial. That is a decision reserved for the judiciary alone. By ANDREW FAULL and JOSEPH SHAW.

Last week the social justice news organisation, Ground Up, published an article detailing the abusive arrest of academic, Edward Grebe, by South African Police Service (SAPS) officers. According to Grebe’s account, he was detained after attempting to film the forceful arrest of a man named Joseph in Observatory, Cape Town. Having detained Joseph, officers allegedly asked Grebe to delete the footage from his phone. When he refused he was arrested on a charge of “riotous behaviour”, held overnight, and released the following morning – traumatised by the experience.

With over two decades of police research and reservist duties between us, we know that Grebe’s account is nothing new. At some SAPS stations, “riotous behaviour” is the go-to charge for officers without other cause for arrest. In our experience it is most commonly applied in the wealthy and upper-middle class suburbs and business districts of South African cities where officers use it to detain car guards, the homeless, sex workers, and other vulnerable people perceived as disruptions to the order they seek to bring about. Too often however, as appears to have been the case with Grebe, it is simply used to punish those deemed disrespectful of SAPS authority.

But what is “riotous behaviour” and how might one avoid being arrested for it? When asked, SAPS Legal Advisory Services responded that the “Riotous Behaviour in Public” law had been repealed in 1993. That law was part of the regulations under the Black Local Authorities Act of 1982 (BLAA), which had provided limited autonomy to urban Africans by enabling them to elect local councillors. Interpreted cynically then, “riotous behaviour” has its origins in an apartheid law created so that African officials could control black bodies on behalf of the white state.

So if the BLAA has been repealed, is “riotous behaviour” still an offence? Indeed it is. In the two decades since it was repealed, municipalities have taken over where the BLAA left off. In Cape Town, for example, the Streets Public Places and the Prevention of Noise Nuisances By-law states that “No person shall in any public space… fight or act in a riotous or physically threatening manner”. This sounds reasonable, and yet by Grebe’s account at least, he was not fighting, nor was he physically threatening anyone. Indeed, very few of the many dozen people we have observed being arrested for “riotous behaviour” over the years could have been considered “fighting” or “physically threatening” at the time of arrest. This raises an important question: In a country thirsty for punitive retribution against those labelled “criminal”, have we surrendered too much power to our police?

Of the 1.707,654 arrests claimed by the SAPS in its 2014/15 annual report, a full 491,548 were for offences less serious than shop lifting. How many hundreds of thousands of these might have been for unjustly applied “riotous behavior”? What did those encounters with the state communicate to the people arrested? For those unjustly detained the message was surely not that the state wants to win their trust and allegiance. And yet, recent high level US and UK policing reviews identified procedurally fair, legitimate police practices as the key to effective democratic policing, not aggressive ‘crime fighting’ or random arrests. In contrast, the SAPS is currently facing R26 billion in outstanding civil claims, which it admits are “attributed to a high rate in unlawful arrests and detention”’.

It is important that South Africans know that the purpose of arrest can only be to ensure an accused’s attendance at court. No other purpose is lawful. In the 2010 case Minister of Safety and Security v Sekhoto, Harms DP held that it is not up to an arresting officer to determine whether an arrested person should be detained pending criminal trial. That is a decision reserved for the judiciary alone. The judge noted that some offences are so trivial that they should not lead to an arrest at all.

The line between arresting a person for the offence of riotous behaviour with the aim of bringing them before a court, versus arrest to “teach them a lesson” can be hard to see. Related by-laws appear to be pre-emptive measures aimed at protecting property rights and the status quo in privileged urban public spaces. But their impact is mostly felt by people who are homeless, substance-dependent, and vulnerable. Grebe, as he admits, is a privileged outlier. This is likely the only reason his story has been told. Sadly, there are thousands of others that are never heard.

Ideally, once a person has been arrested for riotous behaviour they are processed at a police station and released on a J534 – a written notice to appear in court, or pay an admission of guilt fine. If an arrested person has money in their possession they can also be granted “police bail” on a J398 – a written receipt and warning to appear in court. This can be done quickly and the person arrested for “riotous behaviour” doesn’t necessarily see the inside of a cell. But still, too often it is abused. Officers are encouraged to “clean” their areas, especially over weekends, by arresting people who might threaten the peace. The Khayelitsha Commission of Inquiry found such practices at the stations it reviewed, noting that they left the SAPS open to civil claims (pg 379-80 of the final report).

Detaining someone overnight, or over a weekend, for “riotous behaviour” is a gross infringement of their liberty and privacy. Given Judge Harms’ decision, it cannot be considered legally justifiable.

Over the past year the SAPS has embarked on an impressive social media campaign. Each day it tweets and posts to Facebook news detailing the often excellent work carried out by its officers. Often, these are accompanied by photographs of officers hard at work, or posing with recovered property. Similarly, SAPS annual reports have become incredibly image-rich affairs. Taken at face value, the SAPS enjoys photographic representation.

But the SAPS also knows police powers are easily abused. It repeatedly tells South Africans that it is getting its house in order. It should welcome the way smart phones and other new technologies are empowering citizens to hold police accountable. By so doing, they provide a service to law abiding, professional police officers, and to the country as a whole. Police officers represent the state on the street. Trivial arrests and abuse of power do not reflect well on either the SAPS or government more broadly. This is as true when caught on film as it is when nobody else is around. DM

Andrew Faull is a Post-Doctoral Fellow at the University of Cape Town’s Centre of Criminology, and a former police reservist. In 2012/13 he spent eight months shadowing police officers, some of whom routinely employed the charge ‘riotous behaviour’. Follow him @AGFaull

Joseph Shaw recently completed a law degree at the University of Cape Town. He spent nine years as a police reservist during which he regularly witnessed arrests for “riotous behaviour”. Follow him @Joseph_Shaw