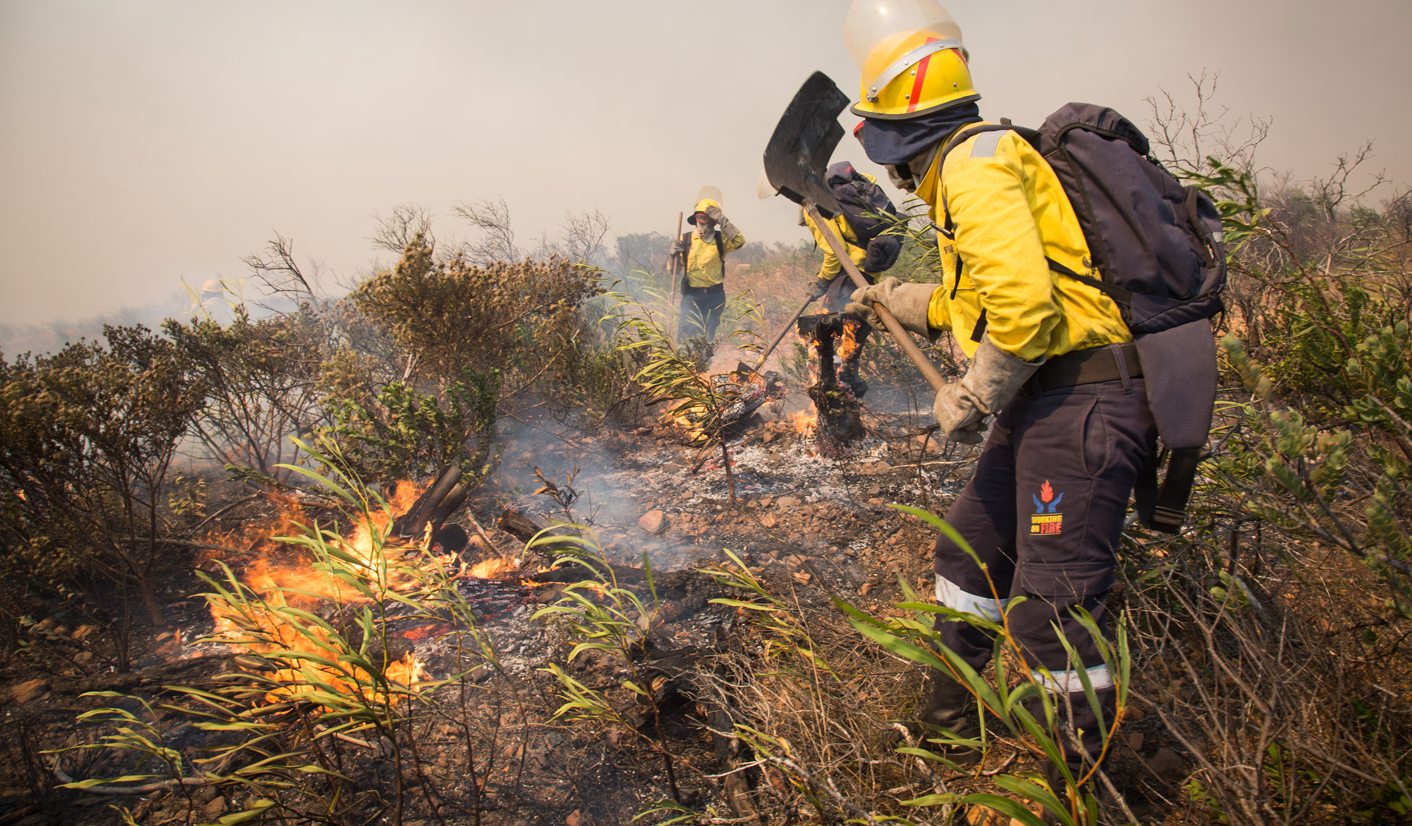 As it was announced that a task team had been set up to investigate the many fires that had ravaged the Cape over the summer, police remained tight-lipped about the process underway. For those affected, the long wait is just beginning. By MARELISE VAN DER MERWE.

By Tuesday at least 80 people had been displaced as the latest fire spread to Ocean View; earlier the Cape Argus reported that the City of Cape Town’s Fire and Rescue Service had responded to 495 calls in just five days – an average of around 99 fires a day. Mayoral Committee Member for Safety and Security, Alderman JP Smith, described those few days as “devastating”.

Following allegations of possible arson, Smith said that police would be launching an investigation.

“The Western Cape Police Commissioner has constituted a task team to investigate the fires in the Cape Peninsula. Detectives assigned to the team met with City staff on Tuesday 11 January 2016 and requested all information that we have at our disposal,” he told Daily Maverick. “The City and SANParks will be assisting the South African Police Service (SAPS) during the course of the investigation.”

A spokesperson for the SAPS, Andre Traut, was tight-lipped about the investigation itself, saying there were no developments to report at this stage. SANParks’ Tarcia Hendricks, however, told Daily Maverick the task team had been put together in response to concern from various bodies about the cause of the fires, but that as yet there was no reason to assume that arson was involved – in the mountain fires, at least. “All extended wild fires on Table Mountain are investigated to appropriate the necessary legal or educational action from the park,” she said.

According to Hendricks, preliminary clues on the latest fires between Devils Peak and Ocean View indicate that these fires were most likely started by homeless people seeking shelter on the mountains making illegal cooking fires. “These fires span out of control when the wind suddenly picks up and the surrounding dry vegetation catches fire.

“However, a thorough investigation will follow to eliminate malicious fire starting which endangers lives, property and vegetation. Incidents on private land will also be investigated should these fires spread onto public land.”

That said, added Hendricks, it remains necessary to eliminate malicious intent, which is what led to the formation of an inter-agency task team. These agencies include the CoCT Fire and Rescue Service and Special Investigation Unit, detectives from SAPS, as well as members from the K9 Dog Unit and Bomb Squad and others. “The intent is to ensure that credible evidence is collected, which will lead to successful prosecutions. The next meeting will be held on 19 January 2016,” said Hendricks.

“Fire”, however, is a broad term: it covers shack fires, train fires, veld fires, mountain fires, electrical fires, all of which have ravaged the Cape on a regular basis. In January 2015, Working on Fire reported that the fire season was the worst in seven years. But the festive season of December 2015/ January 2016 was not to be trifled with, either; temperatures often exceeded 40 degrees Celcius and a gale-force South-Easter kept firefighters struggling for days on end. Nine people, including two children, died in Imizamo Yethu on Christmas weekend; at least 20 homes were destroyed in Ocean View in the most recent fire; thousands were displaced in Elsies River, Delft, Mfuleni, Vrygrond, Khayelitsha, Slangkop and even Cape Town Station over the festive season.

On Wednesday afternoon, a fresh fire broke out in Salt River Cemetery. The cause was unclear. The Times earlier reported that arson was suspected in a large percentage of fires, quoting wildfire investigator Rob Erasmus. Erasmus said at the time that children were prone to starting veld fires, and that plane spotters had seen children in Ocean View doing this, but that nobody had been charged. He added that all fires were investigated in order to see if a pattern could be tracked.

In the meantime, relief efforts are ongoing, although “relief” may not be the right word. Residents of the Rasta Camp in Ocean View have lost their homes, their pets and their belongings. One is terrified that his asthmatic father will succumb to the smoke; another cries as he surveys the charred remains of what was once his house and yard. Heartbreak lies close to the surface. And they are a handful of thousands who have suffered the same fate this season.

Currently, they are being accommodated in the Ocean View Community Hall. “The City has also coordinated humanitarian relief through the Mustadafin Foundation, including meals, blankets and mattresses,” says Alderman Smith. According to Smith, the City’s Human Settlements Directorate has provided 22 building kits for residents to rebuild their homes. It will be a little more difficult to recover from more personal losses.

Does the formation of a task team represent a turning point in the management of the Cape’s annual fire season? It’s hard to tell. Statistics are not yet available to compare the damage of this summer’s fires to the same period last year. But, says Hendricks, efforts are underway to contain what has already been a devastating fire season.

“Regarding costs, an estimate will be made, following the fire season, of all fires which affected the Cape Peninsula, e.g. the Ocean View fire, which – although contained – is still being monitored for flare ups; therefore resources are still being utilised,” she said.

Hendricks said fire resources from all agencies, including SANParks, Working on Fire, Volunteer Wildfire Services and City of Cape Town Fire and Rescue Services worked together effectively, but that strong winds were a major challenge. Aerial resources are the most effective in the inaccessible mountain terrain – gale force winds take this equipment out of the equation. In this situation, says Hendricks, “we become heavily dependent on manpower”.

Because SANParks’s responsibility lies chiefly with veld fires and the City’s responsibility lies chiefly with urban fires, the two agencies are working together to cover all areas. Hendricks says SANParks and the City are running a Fire Awareness programme to reduce the impact on human lives, while SANParks will continue with crucial fire preparation in the form of fire breaks and ecological burns.

Ultimately, the difficulty is that “the public” is not one homogenous mass. “The public” is the victim; it’s also the perpetrator. Negligence with cigarettes, cooking fires, braai fires; and, of course, arson – most of us can agree on the rules, but it only takes one person to strike the match. DM