From Afghanistan to Ghana, via Guantanamo Bay 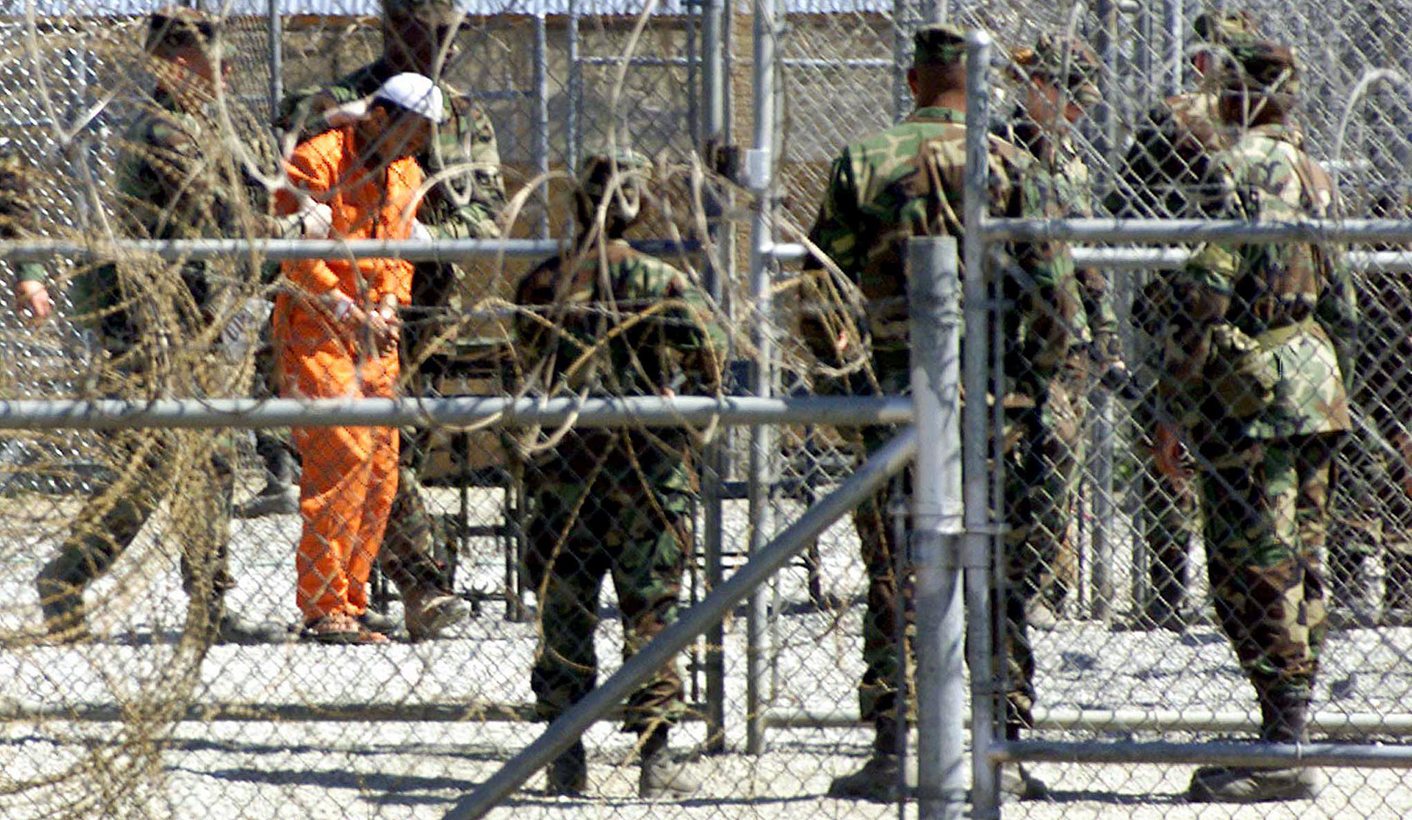 After spending the last 14 years in Guantanamo Bay, Muhammad bin Atef and Khalid Muhammad Salih al-Dhuby have been released into exile in Ghana. While the pair deserve their freedom, having never been formally charged after their arrest in Afghanistan, they are still not free to go home, and their welcome in Ghana has been far from warm. By SIMON ALLISON.

Before they arrived in Accra, Muhammad bin Atef and Khalid Muhammad Salih al-Dhuby didn’t know much about Ghana. But they did recall one memory involving the country that has become their new home.

It was the quarter-final of the 2010 World Cup, and Ghana dumped the USA out of the competition. “When Ghana beat America, we were very happy. We made some celebrations. We also told the guards that we’ve won,” said Atef, speaking to Uniiq FM, a local radio station. It was a big victory for Ghana, and a small victory for the Guantanamo Bay detainees; a rare chance for the captives to smile at the expense of their captors.

Atef and Dhuby are fighters from Yemen, who went to Afghanistan to join the ranks of the Taliban. In 2001, the United States invaded in retaliation for the 9/11 attack, and in 2002 Atef and Dhuby were detained by international coalition forces. They were sent to Guantanamo Bay, the notorious prison created to house terrorism suspects. Located in a remote corner of Cuba, it is far from international scrutiny, and conveniently outside the reach of US law. Prisoners in Guantanamo Bay have been subjected to well-documented human rights abuses, including indefinite detention, torture, cruel and inhumane treatment, and denial of due process.

When Barack Obama campaigned for the US presidency in 2008, he promised to shut it down if elected. Once elected, however, he found that it was a lot harder to close Guantanamo Bay than it had been to open it.

There was no established legal procedure to deal with the prisoners effectively, and releasing them posed insurmountable obstacles: could one-time enemy combatants really be sent back to countries like Afghanistan, Yemen and Pakistan, where they might take up arms against the United States again? And if they couldn’t go home, then what other countries would be willing to risk housing suspected terrorists, even if they had never been found guilty in a court of law?

But with less than a year left in office, and his legacy firmly in mind, Obama is finally pushing to shut down Guantanamo Bay. “He feels an obligation to his successor to close that, and that’s why we’re going to do it,” said White House Chief of Staff Denis McDonough.

Atef and Dhuby, after 14 years in jail, are beneficiaries of this renewed political will. They were the first of some 17 prisoners are due to be released over the next few weeks, although because of the ongoing war in Yemen – as well as the enduring strength of the Al Qaeda presence there – they are not eligible for release to their home country.

Instead, they have been released into an enforced exile in Ghana – free to leave prison, but not free to return home, despite the fact that neither has ever been charged with a crime. As Kwesi Pratt, a Ghanaian commentator noted: “In my view I think that bringing them to Ghana is a continuation of the violation of their rights.”

The arrival of Atef and Dhuby on Ghanaian soil has been controversial, to say the least, attracting criticism from all quarters. “What equipment, instrument, and logistics does Ghana have to monitor the activities of the detainees to prevent trouble?” asked Ken Ohene Agyapong, an MP. “President Mahama has disappointed me…We are better off under corruption than being involved in this world crisis.”

Ghana’s large Christian community has been particularly vocal. “The argument for compassion does not hold…These people are not refugees. They are people who have been accused of being terrorists…the fact that Christ came for sinners doesn’t mean we should endanger our lives,” said Reverend Joseph Osei-Bonsu, president of the Catholic Bishops Conference.

The intense criticism has forced President John Mahama to defend the decision to allow the two detainees to resettled in Ghana. He told journalists that they pose no threat to national security, and that the decision was designed to reinforce security cooperation between Ghana and the United States.

But he must have anticipated the furore. Which begs the question: what’s in it for him, or for Ghana? Mahama denies that any money changed hands. “It’s absolutely, absolutely untrue,” he said, responding to claims that he had received money to accept the detainees. There must have been some incentive offered, however, especially given that this is an election year, and Mahama is hoping for another term in State House. He won’t have made such an unpopular decision lightly.

Regardless of the political machinations that made it happen, Atef and Dhubey told Uniiq FM that they were happy to be in Ghana, and intended to try their best to move on. “We have been wrongly arrested for 14 years without any charge against us. We have suffered but we are not looking for revenge. We want to live in Ghana quietly and peacefully. And we want to put our lives together,” said Atef. DM

Photo: Military Police at camp X-Ray on the Naval Base at Guantanamo Bay move
a detainee to an interrogation room for questioning February 2, 2002. REUTERS/Marc Serota.