My days with Aladdin Sane 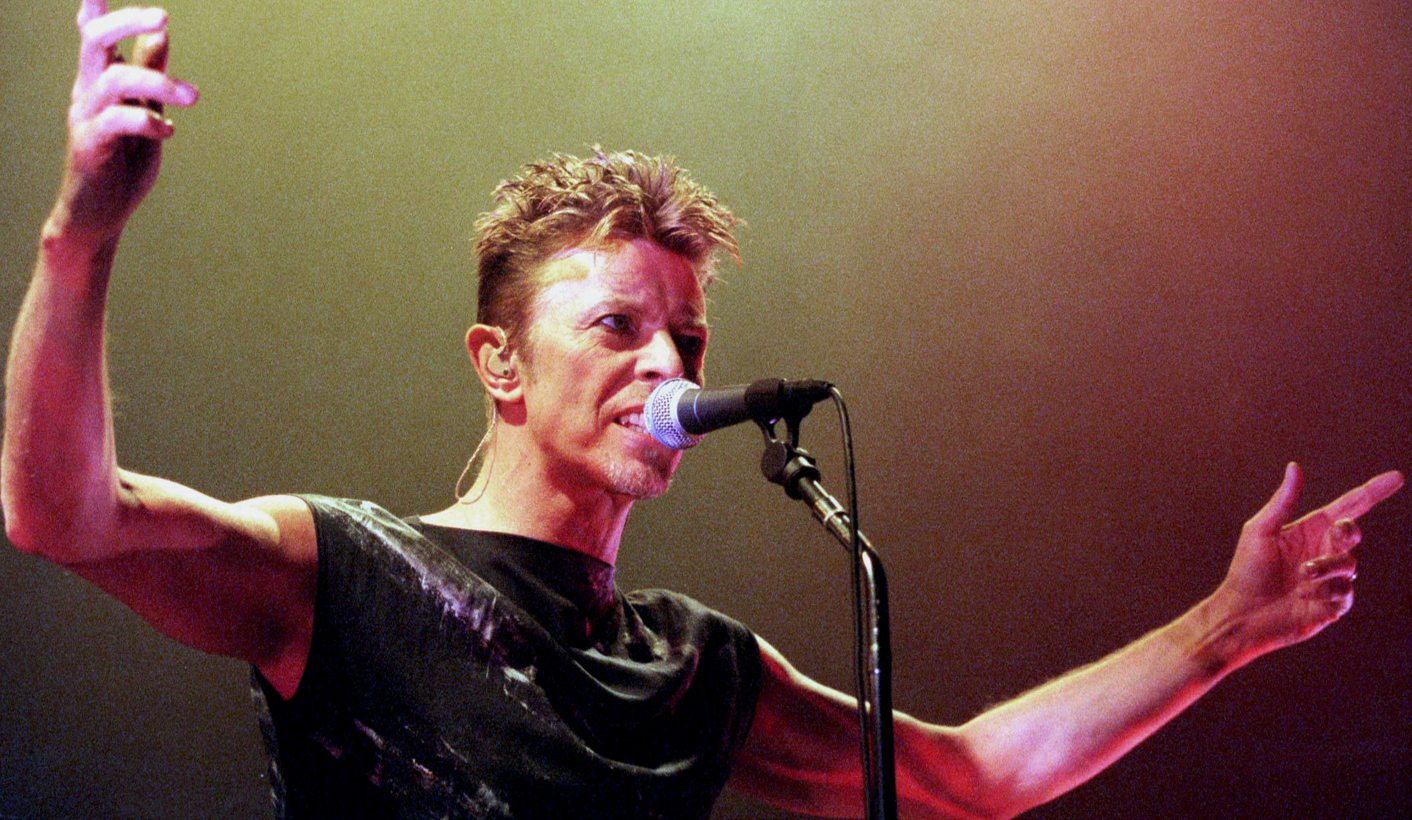 From the time I was 12 years old, the only person I wanted to meet was David Bowie. Apart from The Beatles, he had something of the late 60s moondust that fell off the music comet of that time, leaving a silver tail in a black velvet sky. It was a true magic that filled us with a feeling that anything was possible in the realm of The Thin White Duke, the Stones, Dylan, the Fab Four and many more. By BEEZY BAILEY.

He arrived in 1993 at my house in Cape Town to interview me for Modern Painters magazine. We clicked immediately. I asked him if had been to art school in London (as I had), and he said yes, like most rock stars he started off at art school. We talked about both having brothers who suffered from schizophrenia. Bowie had done his album Aladdin Sane about Terry, his half-brother who had thrown himself under a train.

The next day I suggested that when he interviewed me, we should paint at the same time. He agreed. So we started by doing exquisite corpses, when u paint a head, fold the paper over for the person to continue down the body then unfold it to see a wonky figure. We then went up to Joburg to see the art biennale that was on at that time; he wrote about it, too.

At the biennale, the late Steve Hilton-Barber, a friend of mine, asked if he could have some photos of us. I did a brief intro, Steve started taking photos and… then he refused to stop, forcing his way into a lift with us, until Bowie said: “Enough!”. I was devastated, and apologised to him the next day. He said “24 /7 and every one has their agenda”. It was my first insight into what real fame was. I had no idea about the mad invasive scale of it, and was able to understand his total revulsion of the media in his later years.

To my astonishment, Bowie suggested that we continue our collaboration in New York.

I flew over. In the two weeks I spent there, David was working on his brilliant album, Outside, playing Andy Warhol in Julian Schnabel’s film Basquiat and painted over 50 paintings with me in a Tribeca studio in Manhattan. I could only describe his energy as demonic. He called me Spaceboy .

When we weren’t painting, we walked around SOHO galleries looking at art and having lunch in a Thai restaurant in Manhattan’s Chinatown, where he was less recognized. We would paint on the same paintings together. He told Ingrid Sischy (who also recently died of cancer) when she came to see our work, that we left our egos at the door, and got on with painting. That was exactly what it was; just a really cool guy with a whiplash mind and sense of humour, making paintings with me.

One evening we went to Schnabel’s CD launch. He sang like a bad Leonard Cohen. He said, now you are on your own; as we entered the room a relentless strobe of flash lights went TTRRRRIRRRRRRRRR, drilling into my brain. A blinding vibrating light.

There were moments, when we were out of that studio, that were, uhm, weird. The day after Schnabel’s launch, I remember him being chased in tears down a Manhattan street by a policeman on a horse, who was shouting MY GOD, IT S BOWIE! We went on to show our work in London, (where Bowie attended the opening without me), and in Basel, where I attended, but not him. He contributed pieces from our collaboration to all three of the Art For Africa AIDS orphans auctions I organised in Cape Town, Joburg and London with Sotheby’s .

The last time I saw Bowie was when he invited me to a concert he played in London in the late ’90s . Thereafter it was only phone calls, then emails, when it was invented. He crawled into his shell, away from the fame flame, after his heart scare in 2004, and to focus on his young daughter, and his wife, Iman.

He did no press and saw very few friends. I heard of a make up artist who would do him up so he could go out and about unrecognised. I sent him an image ten days ago of my painted toes with dots on, sticking out of my bedroom window in Plett, looking across a vlei of reeds on a perfect day.