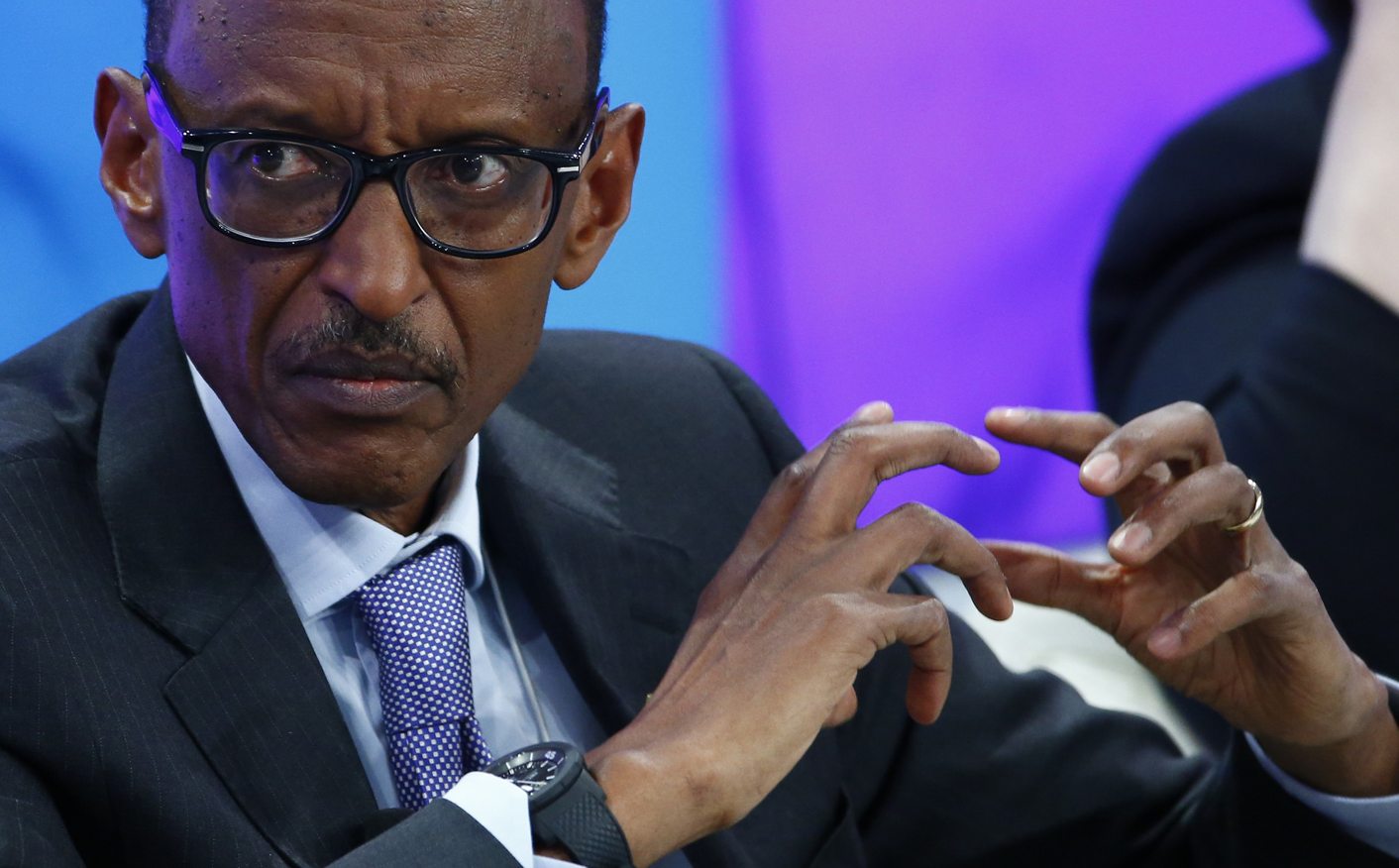 Like it or not, Paul Kagame will run for another term as president of Rwanda in 2017, and he’ll win. While there is plenty of reason to doubt the wisdom of this decision, there is also no arguing with the status quo. Now it’s up to Kagame to prove that he’s not an ‘eternal leader’, and that third terms don’t have to be a disaster. By SIMON ALLISON.

As Paul Kagame’s expensive western PR firms no doubt advised him, there is a long and ignoble tradition of burying controversial stories in the holiday period. With most journalists on leave, and most readers choosing novels over newspapers, bad news attracts a lot less attention at this time of year.

It is no surprise, then, that the Rwandan President chose New Year’s Eve to confirm his intention to contest the 2017 presidential election. He knew the protests would not be as loud as usual. The announcement followed the referendum in mid-December, which overwhelmingly endorsed a constitutional change to allow him to run for a third (and fourth, and fifth) term as president.

“You requested me to lead the country again after 2017. Given the importance and consideration you attach to this, I can only accept. But I don’t think that what we need is an eternal leader,” he said.

Fine words, but unsupported by the facts. As the Observer noted, in a scathing editorial:

“Kagame is correct in one respect: Rwanda does not need an eternal leader. Unfortunately, this is what it seems to have got. Kagame will win again in 2017, not because he is Africa’s answer to Abraham Lincoln but because he has ensured there is no viable alternative. There is no effective opposition to his regime. Political rivals have been shunted aside, jailed, exiled or have died in violent circumstances. As we report today, honest public debate, let alone criticism, is not tolerated. Human rights abuses are legion. Independent journalism is a fiction,” the newspaper said.

Criticism also came from rights groups, the European Union, and the United States. The latter was particularly significant given the close relationship between the USA and Rwanda. “With this decision, President Kagame ignores an historic opportunity to reinforce and solidify the democratic institutions the Rwandan people have for more than twenty years laboured so hard to establish. The United States believes constitutional transitions of power are essential for strong democracies and that efforts by incumbents to change rules to stay in power weaken democratic institutions. We are particularly concerned by changes that favour one individual over the principle of democratic transitions,” said the State Department in a statement.

The US critique is only partially accurate: yes, Kagame’s decision is a major setback for democracy in Rwanda. But it also misses the point entirely. Like it or not, democracy is not the end goal of Kagame’s regime. In conversation, Rwandan officials stress the importance of stability over democracy, and of development over free and fair elections, and argue that Kagame has a strong track record in these areas – and that, 21 years after the Rwandan genocide, he is still the only person capable of keeping the peace.

Although not intended as such, this is an indictment of Kagame’s leadership. Kagame has had a long time to pave the way for a peaceful succession, and his inability to do so can only be explained by greed or incompetence.

But the counter-argument is simple: if ain’t broke, don’t fix it. Kagame’s rule has effectively contained tensions in Rwanda, and the country continues to make progress. Over the last four years, Rwanda was one of just six countries to improve across all four categories of the Ibrahim Index of African Governance. These categories – Human Development, Participation and Human Rights, Safety and Rule of Law and Sustainable Economic Opportunity – represent a broad spectrum of governance criteria.

It is a considerable achievement, but one that is threatened by Kagame’s decision to stay in power. There’s a reason that third terms in Africa are viewed with such suspicion – historically, they have almost always been a prelude to presidents-for-life who run the state like a personal fiefdom, destroying it in the process (see: Mugabe, Robert).

Therefore, if Kagame is to have any hope of vindicating his decision to stay in power, he’ll have to work hard to continue Rwanda’s upward trajectory. However, improving governance cannot be limited to economic and social development, but must include a far greater emphasis on the protection of human rights, and serious attempts to open up political space – both inside and outside the ruling party.

It’s a long shot, but if he pulls this off, Kagame will prove his critics wrong, and show that third terms do not have to be a disaster. This is the best case scenario for Rwanda. The worst is that Kagame is just another ‘eternal leader’, and Rwanda nothing more than a picturesque, expendable backdrop to his egomania. DM