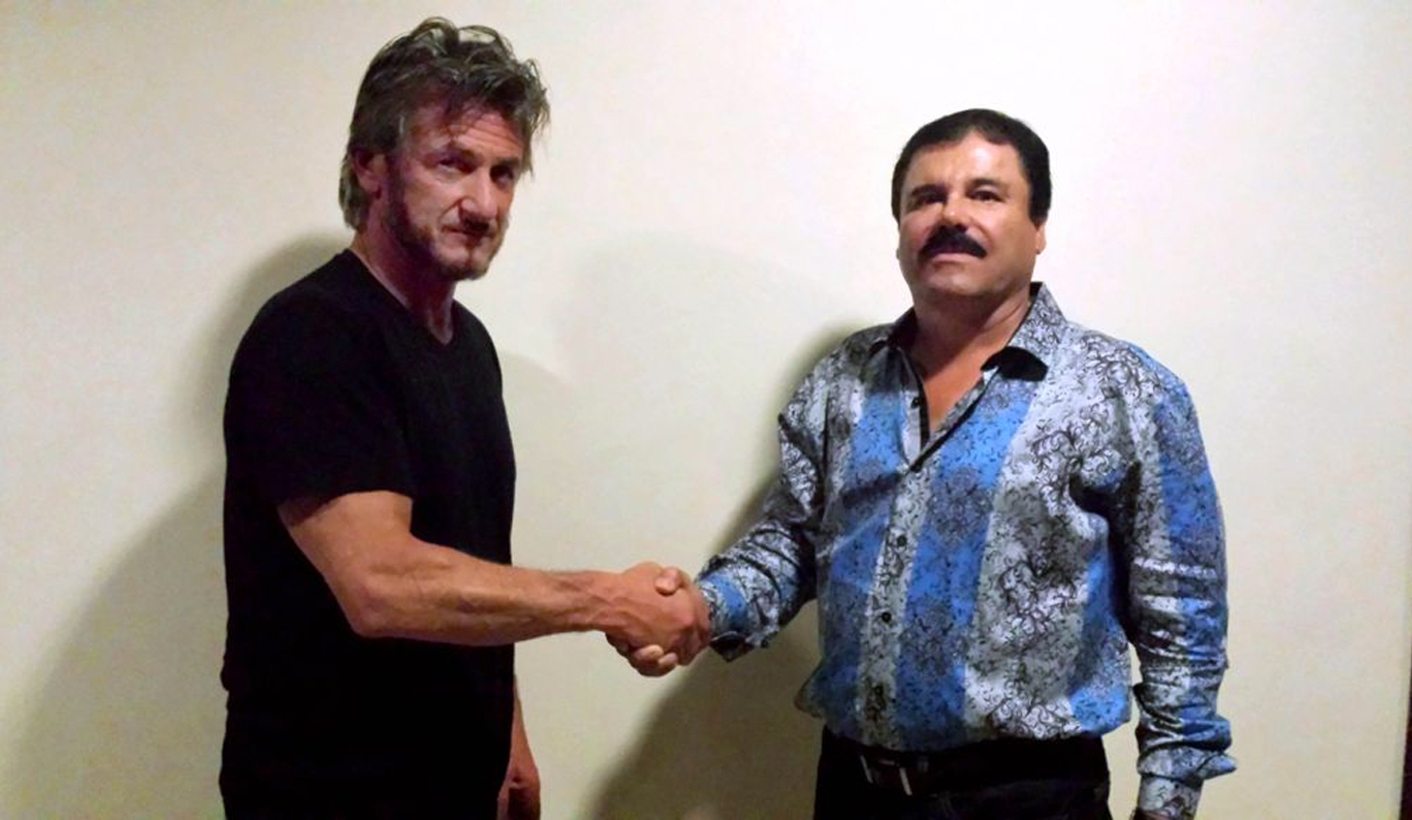 MEXICO CITY, Jan 10 (Reuters) Guzman, the infamous boss of the Sinaloa drug cartel, was arrested in northwest Mexico on Friday morning, and sent back to the prison he broke out of in July through a mile-long tunnel that led straight into his cell.

Mexico aims to extradite Guzman to the United States as soon as possible.

Penn’s rare access to the capo was assisted by Mexican actress Kate del Castillo. They were driven some of the way to the hideout by Guzman’s son, who the Hollywood star says was waved on by soldiers when they apparently recognized him.

Another leg of the day-long trip through central Mexico to meet Guzman was on a light aircraft allegedly fitted with equipment to evade radar detection, Penn said in a story published in Rolling Stone magazine on Saturday.

Penn said in the article that he was sure the Mexican government and the U.S. Drug Enforcement Administration was tracking him.

Two senior Mexican government sources said they were indeed aware of the October meeting and monitored his movements.

That helped lead them days later to a ranch where Guzman was staying, one of the sources said. Mexican forces used helicopter gunships to attack Guzman’s ranch during a siege that lasted days.

The kingpin narrowly escaped, with what he told Del Castillo was a minor leg injury, but the raid in the northern state of Durango was a major breakthrough in the manhunt.

Guzman was finally recaptured on Friday in the northern city of Los Mochis after a bloody action movie-like shootout. Mexican marines pursued the wily kingpin through storm drains before intercepting his getaway in a hijacked car.

Penn’s seven-hour encounter with Guzman came about after Guzman became interested in making a movie of his life when he was inundated with requests from U.S. movie studios following his 2014 capture, the film star said.

Guzman’s lawyer approached Del Castillo about the possibility of making a film but the project was dropped in favor of a magazine interview, Penn said.

The encounter adds a new twist to the long and larger-than-life career of Guzman, whose nickname “Chapo” means “Shorty”.

Penn unsuccessfully tried to set up a formal follow-up interview. Instead, as Mexican security forces closed in on Guzman, Penn and Del Castillo persuaded him to film a 17-minute tape answering pre-written questions, and ship them the footage.

The video clips show the drug lord in a colorful shirt and black cap at a different hideout, musing about his contribution to the narcotics trade and U.S. consumption. Rolling Stone called it the drug lord’s first-ever interview outside an interrogation.

A senior Obama administration official told television news shows on Sunday morning that Guzman’s boasting about his heroin empire in the interview was “maddening.”

“One thing I will tell you is that this braggadocious action about how much heroin he sends around the world, including the United States, is maddening,” White House chief of staff Denis McDonough said on CNN’s “State of the Union.”

“We see a heroin epidemic, an opioid addiction epidemic, in this country,” McDonough said. “We’re going to stay on top of this with our Mexican counterparts until we get that back in the box. But El Chapo’s behind bars – that’s where he should stay.”

McDonough would not comment on any repercussions for Penn.

The meeting was made possible because Guzman struck up an unlikely friendship with Del Castillo, who herself played a Mexican drug queen in a well-known TV soap.

Mexican Attorney General Arely Gomez on Friday said that the drug boss’ yearning for the silver screen had helped bring him down.

“Another important aspect that helped locate him was discovering Guzman’s intention to have a biographical film made. He contacted actresses and producers, which was part of one line of investigation,” Gomez said.

The meeting with Penn and Del Castillo yielded insight into how Chapo may have continued to conduct business while he was incarcerated. Penn said some of Guzman’s henchmen were certified as lawyers to allow them access to the boss while he was in prison.

Guzman, who has escaped prison twice, himself said he didn’t believe his business had been impacted by his last spell in prison.

Penn said Guzman sent engineers to Germany for three months of training on how to avoid problems when excavating near a low-lying water table beneath the prison where he was being held in order to perfect the audacious escape plan.

Guzman also revealed to Penn that he had once met Colombian Pablo Escobar, perhaps the world’s most notorious cocaine trafficker “at his house. Big house.”

One Mexican government source said authorities were considering whether to investigate Penn and Del Castillo, possibly for money laundering. The source did not explain further. DM