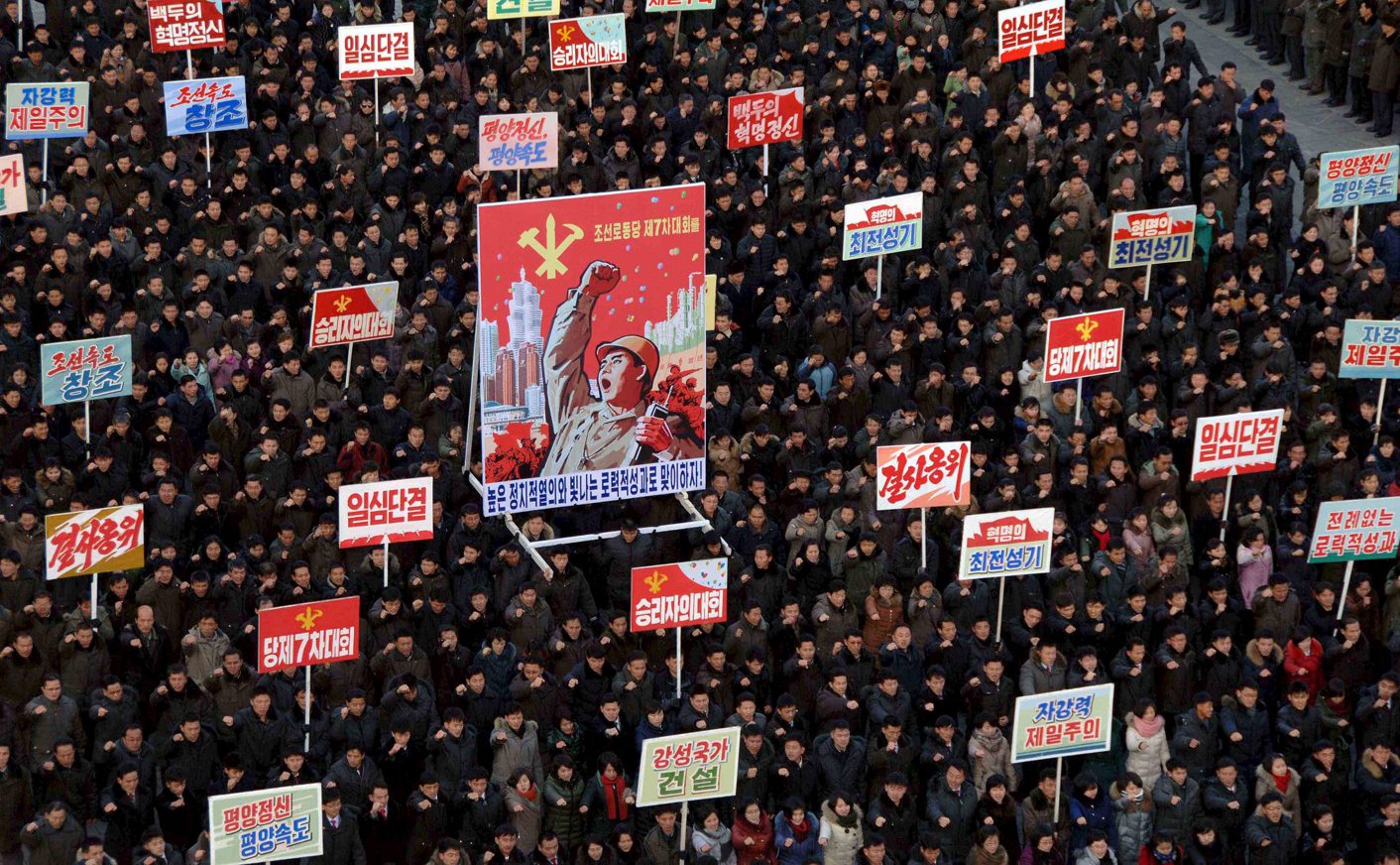 North Korea said it successfully tested a miniaturised hydrogen nuclear device on Wednesday, claiming a significant advance in its strike capability and setting off alarm bells in Japan and South Korea. By James Pearson and Tony Munroe for Reuters.

“Let the world look up to the strong, self-reliant nuclear-armed state,” Kim wrote in what North Korean state TV displayed as a handwritten note.

The nuclear test drew condemnation abroad, with China, the North’s chief ally, expressing “resolute opposition” and saying it would lodge a protest with Pyongyang.

While a fourth nuclear test had been long expected, the claim that it was a hydrogen device, much more powerful than an atomic bomb, came as a surprise, as did the timing. It ensures that North Korea will be a key topic during the U.S. presidential campaign.

Photo: Japan Meteorological Agency’s earthquake and tsunami observations division director Yohei Hasegawa speaks next to graphs of ground motion waveform data observed in Japan during a news conference at the Japan Meteorological Agency in Tokyo on implications that an earthquake sourced around North Korea was triggered by an unnatural reason January 6, 2016. North Korea is “likely” to have conducted a nuclear test on Wednesday that caused an earthquake near a known testing site in the isolated country, the South Korean and Japanese governments said. REUTERS/Issei Kato

North Korea has long coveted diplomatic recognition from Washington but sees its nuclear deterrent as crucial to ensuring the survival of its third-generation dictatorship.

“With Iran being off the table, the North Koreans have placed themselves at the top of the foreign policy agenda as far as nation-states who present a threat to the U.S.”, said Michael Madden, an expert on the country’s secretive leadership.

South Korean intelligence officials and several analysts however questioned whether Wednesday’s explosion was indeed a full-fledged test of a hydrogen device.

The device had a yield of about 6 kilotonnes, according to the office of a South Korean lawmaker on the parliamentary intelligence committee – roughly the same size as the North’s last test, which was equivalent to 6-7 kilotonnes of TNT.

“Given the scale, it is hard to believe this is a real hydrogen bomb,” said Yang Uk, a senior research fellow at the Korea Defence and Security Forum.

“They could have tested some middle stage kind (of device) between an A-bomb and H-bomb, but unless they come up with any clear evidence, it is difficult to trust their claim.”

Joe Cirincione, a nuclear expert who is president of Ploughshares Fund, a global security organisation, said North Korea may have mixed a hydrogen isotope in a normal atomic fission bomb.

“Because it is, in fact, hydrogen, they could claim it is a hydrogen bomb,” he said. “But it is not a true fusion bomb capable of the massive multi-megaton yields these bombs produce”.

The United States Geological Survey reported a 5.1 magnitude quake that South Korea said was 49 km (30 miles) from the Punggye-ri site where the North has conducted nuclear tests in the past.

North Korea’s last test of an atomic device, in 2013, also registered at 5.1 on the USGS scale.

The test nevertheless may mark an advance of North Korea’s nuclear technology. The claim of miniaturising, which would allow the device to be adapted as a weapon and placed on a missile, would also pose a new threat to the United States and its regional allies, Japan and South Korea.

The North’s previous miniaturisation claims have not been independently verified. Many experts also doubt whether the North possesses missile technology capable of reliably delivering a warhead to the continental United States.

The White House said it could not confirm North Korea’s claims of miniaturisation and a hydrogen bomb test, but added the United States would respond appropriately to provocations and defend its allies.

“North Korea’s nuclear test is a serious threat to our nation’s security and we absolutely cannot tolerate it,” Abe told reporters. “We strongly denounce it.”

South Korea said it would take all possible measures, including possible United Nations sanctions, to ensure Pyongyang paid the price after its fourth nuclear test.

“The government must now work closely with the international community to ensure that North Korea pays the commensurate price for the latest nuclear test,” President Park Geun-hye said in a statement. “We must respond decisively through measures such as strong international sanctions.”

North Korea has been under U.N. Security Council sanctions since it first tested an atomic device in 2006 and could face additional measures. The Security Council will meet later on Wednesday to discuss what steps it could take, diplomats said.

While the Kim regime boasts of its military might to project strength globally, it also plays up the need to defend itself from external threats as a way to maintain control domestically.

The North’s state news agency said it will not give up its nuclear programme as long as the United States maintained what it called “its stance of aggression”.

The nuclear test came two days ahead of what is believed to be Kim’s birthday.

The North called the device the “H-bomb of justice” and said: “The U.S. is a gang of cruel robbers which has worked hard to bring even a nuclear disaster to the DPRK,” using the official acronym for North Korea.

However, the agency said Pyongyang will act as a responsible nuclear state and vowed not to use its nuclear weapons unless its sovereignty was infringed. It said it will not transfer its nuclear capabilities to other parties. DM