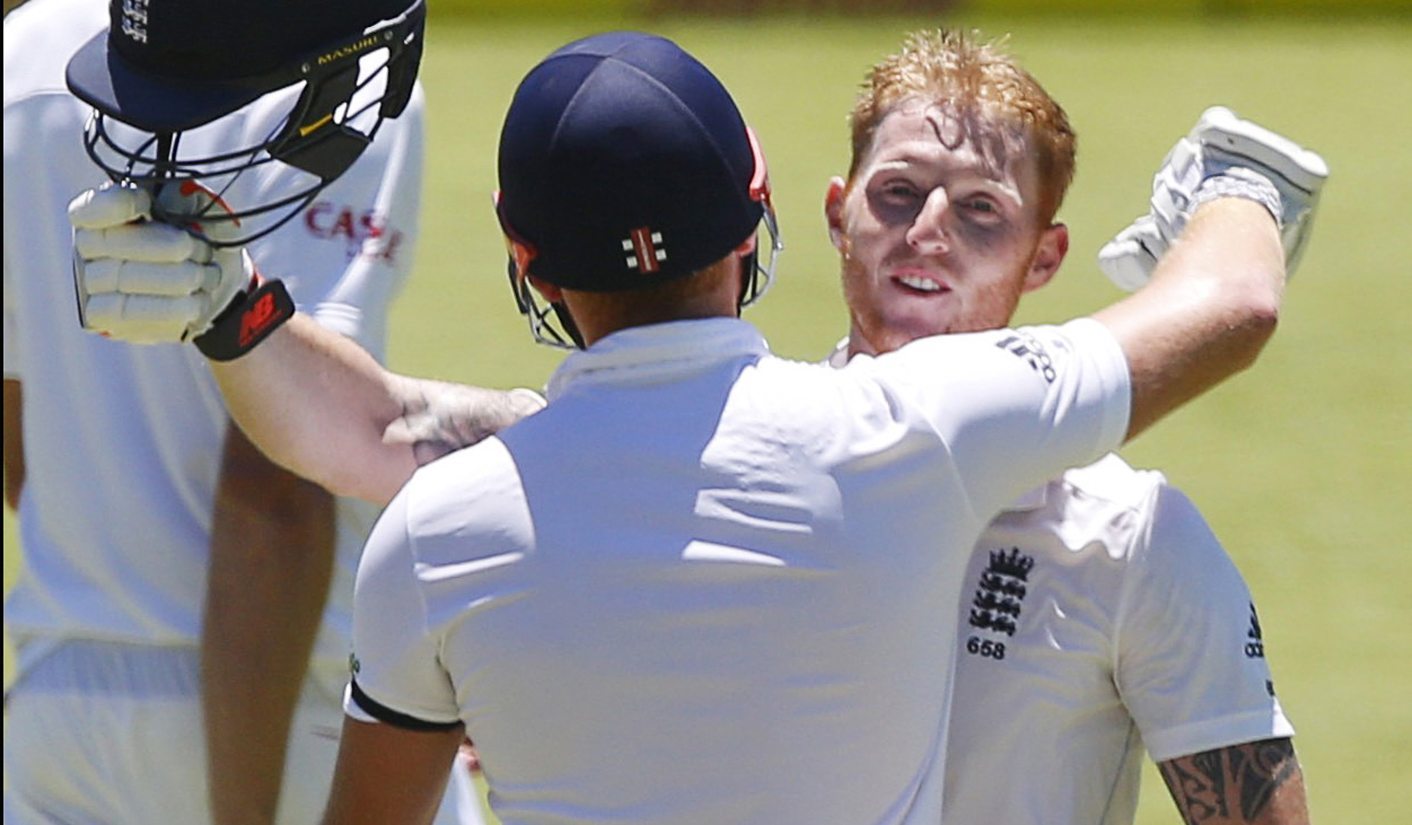 South Africa opener Dean Elgar said his side were shell-shocked after being flayed by England's batsmen in the second test on Sunday, but he appealed for patience with their new-look side. By Mark Gleeson for Reuters.

CAPE TOWN, Jan 3 – South Africa’s bowlers were put to the sword on the second day at Newlands, bleeding runs as England amassed 629 for six declared in their first innings.

That included a bludgeoning 258 from Ben Stokes and an unbeaten 150 from Jonny Bairstow in a record 399-run sixth-wicket partnership.

Bairstow pumped his chest to the sky and wiped away a tear as he completed an emotional maiden test hundred for England against South Africa on Sunday, amid a record-breaking stand with Ben Stokes.

The red-haired England wicketkeeper last year lost his grandfather, with whom he shared a close relationship, while his dad David, a former England cricketer, killed himself in 1998.

“Obviously after everything that has gone on in the last year or so it’s fantastic to get over the line for me and my family,” he told reporters after finishing on 150 not out with his mother and sister watching on from the stands.

“They have supported me all through my career. To have them here in Cape Town is lovely and it is my mum’s birthday on the last day of the test so hopefully we can cap off a great game.

“It was probably the best day of my life and one I will never forget.”

After being recalled to the England side during last year’s Ashes triumph over Australia, Bairstow’s place in the team has come under scrutiny.

“It has been a little while coming. There was a lot of talk here and there so I’m delighted to get over the line today,” he said.

“It was an exhibition of stroke play,” Bairstow said. “We just clicked in and supported each other all the way through. To play a knock like that is something quite spectacular.

“I’ve grown up with Stokes and seen him play some fantastic knocks and to witness that today was extremely special and something a lot of people will never forget.”

England will seek to take an even firmer hold on the test on Monday by quickly dismissing South Africa, who closed on 141 for two.

“It was a very intense show from Stokes and a crazy day of cricket,” said South Africa’s Elgar. “We tried various game plans against them but it was one of those days where nothing went right and all you can do is take your cap off at the end of the battle. It’s a massive amount to try and drag back and we were a little shell-shocked the way things were going.”

Elgar, however, said South Africa were not a side in crisis after losing the first test against England in Durban last week.

They have now gone seven tests without victory, undermining their status as the top-ranked test-playing nation.

They have found it difficult to fill the void left by the retirements of stalwarts Graeme Smith, Jacques Kallis and Mark Boucher over the last 24 months.

They went into the last test with attack bowlers Dale Steyn, Vernon Philander and Kyle Abbott all injured.

“People must understand we are undergoing a change,” Elgar told reporters.

“We have a lot of new faces and we are going to cop a lot of criticism but we just have to take it on the chin and bounce back.

“We don’t want to play badly and we know there’s good and bad around every corner corner. But we need just one good knock to feel we are right back in form again.”

Elgar scored 44 before being caught by Nick Compton off the bowling of Stokes as South Africa ended the day on 141 for two wickets in reply to England’s score. DM