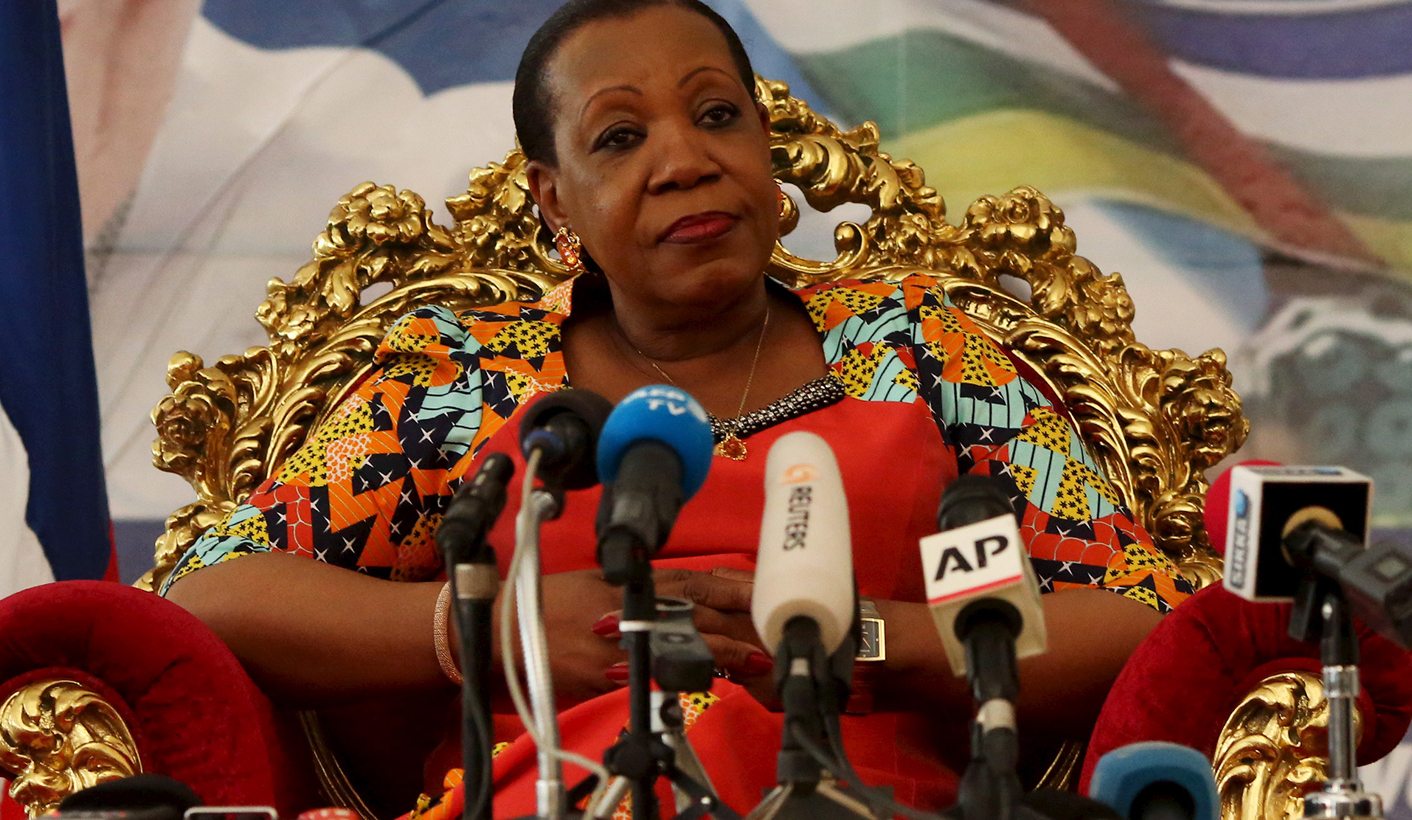 As General Bala Keita, the military head of Central African Republic's U.N. peacekeeping mission, fended off militia attacks on a polling station in a besieged Muslim enclave in the capital Bangui earlier this month, he was surprisingly optimistic. It certainly wasn't an auspicious start to a constitutional referendum meant to pave the way for pivotal general elections. But amid the machine gun fire and incoming rocket-propelled grenades, the battle-tested Senegalese officer saw hope. By Crispin Dembassa-Kette and Joe Bavier for Reuters.

BANGUI, Dec 27 (Reuters) “What’s extraordinary is that people are here. And we’re trying to provide security,” he shouted down a crackling phone line during the Dec. 13 referendum. “The population is saying ‘We need to vote.'”

Less than three weeks later, Central African Republic’s beleaguered people are preparing to head to the polls again on Wednesday for presidential and legislative elections to restore democratic rule under the newly approved constitution.

They hope this second round of voting will bring them a step closer to ending years of violence. But while doubts still loom over the authorities’ capacity to hold polls in a country carved up by warlords, a more important test will come after, when a new president seeks to rebuild and reunite a nation that now exists in little more than name.

Abuses by Seleka — “Alliance” in the country’s most widely spoken language, Sango — fuelled the rise of Christian militias who launched reprisals against Muslim civilians in a campaign of ethnic cleansing.

Thousands have died and nearly one in five of the 5 million Central Africans has fled the violence. The unrest also repeatedly delayed the polls.

After the referendum exposed shortcomings in the training of election workers and ballot papers arrived late, the latest delay saw the election postponed by three days.

While the delay may help smooth over some of the logistical issues, security remains a major concern.

“They’re going forward with these elections, and in many areas it’s a war zone,” said Lewis Mudge, a researcher with Human Rights Watch who has worked extensively on Central African Republic.

Despite initial agreements, there has been almost no progress towards disarming thousands fighters loyal to rebel and militia leaders ahead of the vote.

During the referendum, gunmen attacked voters in Bangui and the polls were also disrupted in Bossangoa, a Bozize stronghold, as well as in some areas in the northeast under the control of Seleka factions.

The United Nations has promised a heavy security presence on election day. But even if the polls go ahead without violence, critics argue the thorny issue of disarmament has simply been dumped in the lap of the future president.

“The winner will probably be able to rule Bangui and rule in parts of the west and the southwest of the country, but in the east and the northeast, I have no idea,” said one senior U.N. official, on condition of anonymity.

Having withdrawn from the capital after their leader Michel Djotodia stepped down from the presidency under international pressure in 2014, the various factions of the former Seleka coalition have entrenched themselves in the northeast.

Some, including the movement’s former number two Noureddine Adam, have flirted with formal secession. Convincing them to hand back territory won’t be easy, particularly if the new president is deemed a threat to Muslims.

Dealing with the Christian militia — known as “anti-balaka” (anti-machete) groups — who control the south and southwest, could be even more complicated.

“There are not two or three separate anti-balaka leaderships but a galaxy of local chiefs without either a political or stable allegiance and the only thing they have in common is a taste for banditry,” the International Crisis Group said in a September report.

Without a functioning army of his own, the new president will be heavily dependent upon the U.N. mission, MINUSCA, and a small contingent of French troops to bolster security.

However, MINUSCA has yet to show that it is prepared to use the threat of force to push disarmament. And Paris will likely seek to resume a troop withdrawal next year after the pull-out was suspended during a spike in violence that began in September.

Without a stick, the new leadership may be forced to fall back on an old carrot and offer militia chiefs government or army posts, perpetuating a decades-long cycle of rewarding insurrection that critics say helped spawn the current crisis.

“Our history has seen too many blunders and wrong turns. We must avoid falling into the same old traps,” said Richard Ouanga, a law professor at the University of Bangui.

If and when the guns are silenced, any long-term strategy for maintaining stability must include a revival of the economy.

“You can make all the reconciliation speeches you want … but as long as you haven’t fed your people, the conditions of this crisis will still be there,” said former Prime Minister Anicet-Georges Dologuele, a leading contender for the presidency.

Central African Republic’s economy was in trouble long before the crisis that began with the 2013 Seleka takeover.

The cotton sector, once a pillar of the economy, crumbled as roads needed to bring production to market fell into disrepair. As state authority receded, diamond and gold mines fell under the control of militia bosses.

Turning all that around will take time, and it will also require the participation of all Central Africans, particularly Muslims who, despite constituting a minority, have traditionally played an outsized role in trade and transportation.

Unfortunately, they make up a large part of Central African Republic’s roughly 900,000 displaced, having either fled abroad or moved to the northeast after coming under attack from anti-balaka or their Christian neighbours.

“Muslims are discriminated against … They are not seen as sons of this country. That’s the real problem. Most of our Christian compatriots think all Muslims are foreign,” said Ali Ousman, head of the Coordination of Muslim Organisations.

Creating conditions for their return when many of their homes have been either destroyed or are now occupied by Christians, will likely prove one of the new government’s most difficult challenges.

Bangui’s Archbishop Dieudonne Nzapalainga, however, is confident reconciliation is possible. It has to be, he says, because without it Central African Republic as a nation will fail.

“I cannot build this country by excluding my brother from another religion or political party. We must instead include our brothers … The moment has come to move beyond our religions.” DM