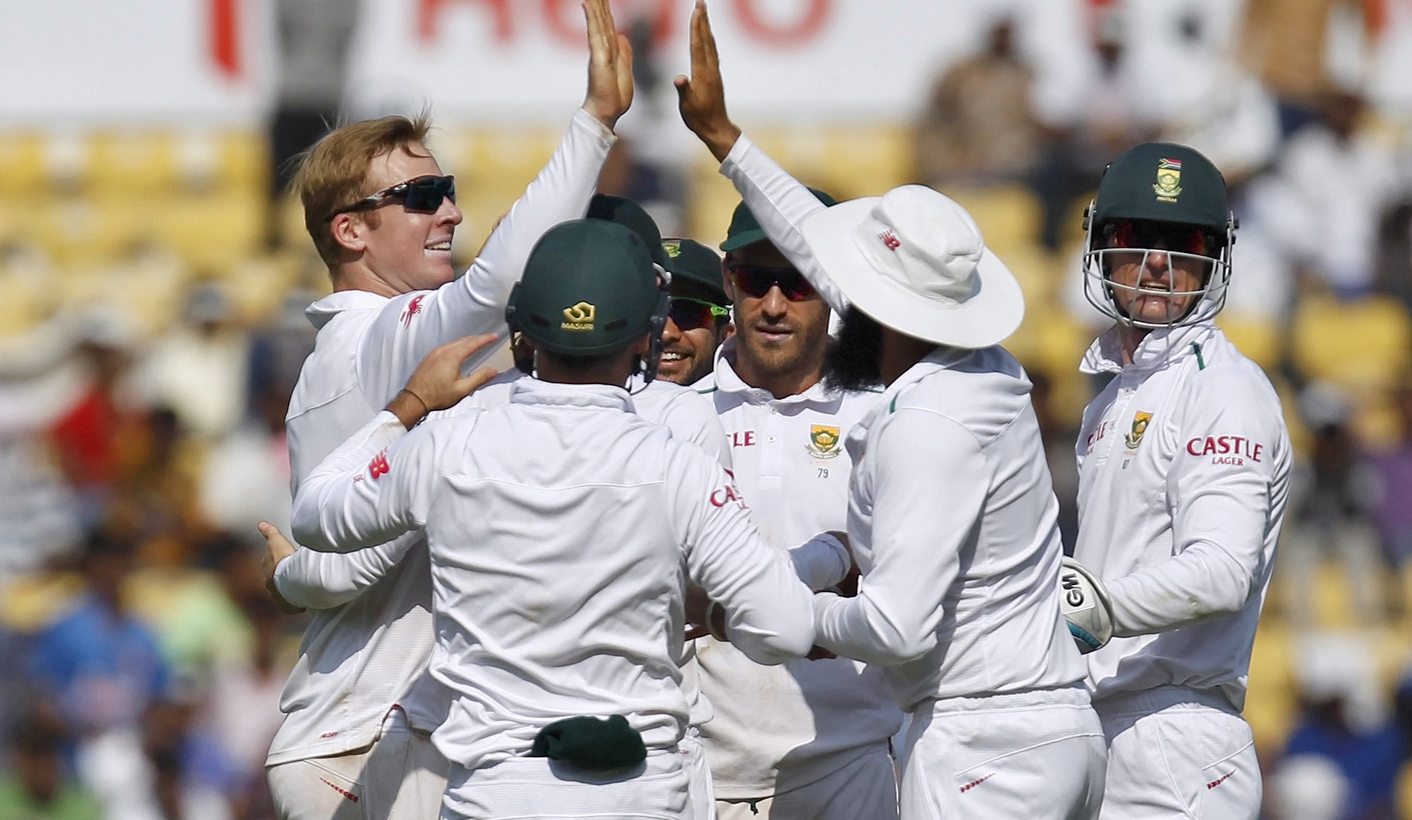 The much anticipated four-match Test series between South Africa and England kicks off in Durban on Boxing Day. On paper, it promises to be a tight affair, but South Africa have a few questions they need to answer before they get going. ANTOINETTE MULLER picks five key battles that lie ahead.

South Africa’s old rivals are in town and, on paper, it should be one heck of a series. Alastair Cook will be quietly pleased that England captain slayer Graeme Smith has called it a day while South Africa will be wishing he hadn’t.

After being thoroughly humiliated in India recently, South Africa will need to dig deep to heal the psychological scars from that tour. Yes, they are on pitches they are more comfortable and familiar with, but South Africa have hardly played any Test cricket this year. Two Tests against the West Indies at the start of the year and a washed out series against Bangladesh in the middle of it is hardly conducive to lubricating the transitional period they find themselves in.

With plenty of new faces, added pressure of expectation and their number one ranking potentially under threat (they will need to at least draw the series to retain it if Australia beat the West Indies 3-0), there is much to play for. The challenges will be many and varied and we’ve picked the five most important ones.

For the time being, Dale Steyn has been passed fit for the first Test. The question now is whether it is worth risking him in Durban? He has a decent record in the seven Tests he’s played here, with 38 wickets at an average of 23.23, a touch over his overall average of 22.56.

But, here’s the thing: If there is cricket in Durban, you can be sure there will be rain. The first Test is likely to be a stop-start affair and there might not even be a result. If you asked the man himself, he will tell you that he wants to play every single game for South Africa, but is it worth the risk so early in the series?

Kyle Abbott and Kagiso Rabada were more than capable in India and it might be worth playing them in the first Test, alongside Morne Morkel and Dane Piedt and just making sure that Steyn is properly ready to go when the hard slog of Newlands and the Highveld Tests come around.

Luckily for South Africa, England don’t have any overly threatening spinners. Moeen Ali is a part-time option and Samit Patel is unlikely to play, however, whether or not a spinner is actually really threatening didn’t really matter to South Africa in India. On the sub-continent, South Africa were guilty of playing the conditions rather than the deliveries on merit. During England’s warm-up match in Pietermaritzburg, Ali took six wickets in the second innings – all either leg-before or bowled. While none of the players Ali played against in that match are likely to feature in the first two Tests, South Africa better hope that his performance doesn’t manifest itself as the India disaster ver 2.0.

Morne Morkel vs Himself

Morne Morkel has always been his own worst enemy. An exceptionally talented player when he is having a good day, and even better when he is trusted to lead from the front, when the chips are down, Morkel’s head can drop a little. In India, he excelled as leader of the attack in the absence of Steyn and it will be interesting to see how Morkel adjusts to once again needing to play second fiddle when Steyn returns. He has done this for most of his career, of course, but seemed to found a new vigour when he was given the responsibility of being in charge of the bowling unit. He has a pretty decent record against England, having taken 45 wickets against them (more than against any other team) at an average of 28.66. Against England in South Africa he has 19 wickets at an eye popping average of 21.47 and an economy rate of just 2.77. If he manages to channel even just a bit of the form he had in India while being second in command, Morkel could very well end up being South Africa’s leading bowler in this series.

In the first round of domestic matches over the weekend, the state of South Africa’s batting looked woeful. Just one player – Temba Bavuma – managed a half-century. Openers Stiaan van Zyl and Dean Elgar both missed out on runs with Van Zyl once again guilty of wasting a good start.

The opener conundrum will probably follow South Africa around for the remainder of this series. Van Zyl is a talented player, but has struggled to adjust to the role of opener at Test level. Domestically, only Stephen Cook has really put his hand up, but the powers that be reckon he’s a bit on the old side. Perhaps giving him a try in the first two Tests would not have been the worst idea. It’s not like he can do much worse than the current pair.

AB de Villiers will be quietly pleased that Quinton de Kock managed a half-century in the warm-up match against England. De Villiers has been reinstated behind the stumps for the first two Tests, despite protesting that he does not want to do it in Test cricket on more than one occasion. Statistically, he’s not done badly when keeping in Tests, but De Villiers doesn’t really do badly at anything. However, stats aren’t the point. It’s tiring and to push De Villiers even further down the order than he already is, is a waste of resources. De Kock’s progress “will be monitored” while the first two Tests are on and it surely can’t be too long before he is recalled. DM

Photo: South Africa’s Simon Harmer (L) celebrates with his teammates after taking the wicket of India’s Rohit Sharma (not pictured) on the first day of their third test cricket match in Nagpur, India, November 25, 2015. REUTERS/Amit Dave.