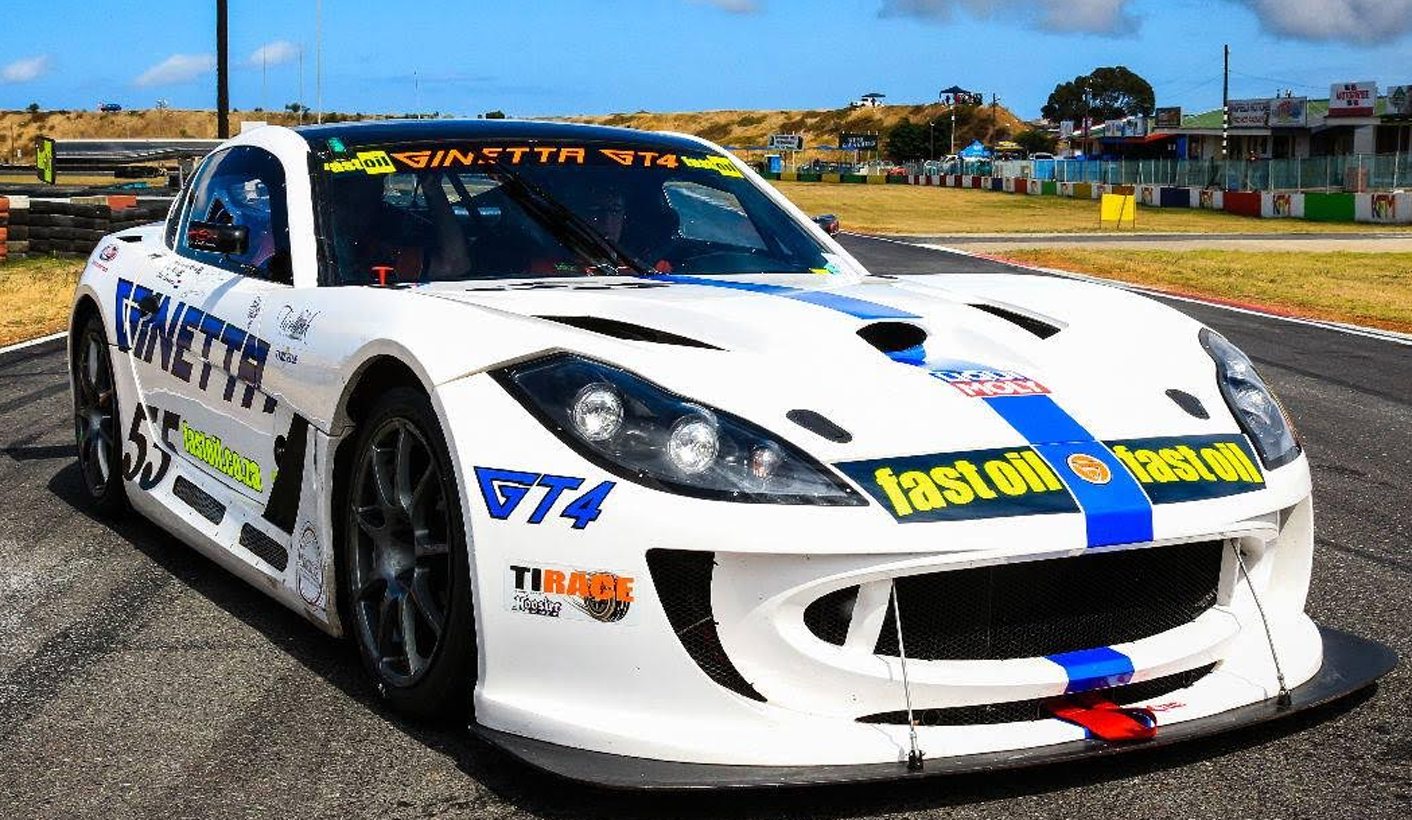 All photos in this story by Heinrich Sauer Photography and Reynard Gelderblom.

“Ambition, passion and cash-flow. Success in motorsport,” says Jan Lammers, “requires balancing all three of these aspects. Spend too much, and you might have success, but only for a while. Spend too little, and success will elude you. Absent passion, what’s the point?” he asks.

He should know what he is talking about.

Lammers, 59, is considered as one of the great all-rounders of the motorsport. When his Formula One career stalled in the early 1980s, he went into sports cars where he enjoyed stellar success, winning the Le Mans 24-hour race in 1988 with Jaguar, and twice the Daytona 24-hour. After stints as a factory driver for Toyota and Nissan, he started his own “Racing for Holland” team in the 2000s, taking on the might of Audi and Peugeot among others in a “David and Goliath” operation, twice winning the World Sportscar Championship in the process. He has competed in the Dakar rally five times, his sixth attempt is due to start in Argentina early in the New Year.

He was in the country this past weekend to compete in the revived South African Nine-Hour endurance race. Staged at the Killarney circuit outside Cape Town, this is the first time the event has been run since 1982. I had met Jan 12 years ago when covering Le Mans for a local newspaper, the year his private entry finished sixth. He was then, and now, a most approachable personality, in spite of his fame. When I called him two weeks before the Killarney event to ask him if he would like to share the drive, he came back immediately with: “Yes, absolutely”.

Illustrating his point about passion overruling commercial common sense, perhaps, he was keen to race simply to drive with Sarel van der Merwe. “It’s much more fun to be driving with Sarel than against him – if you can’t beat them, join them!” he says of the multiple SA champion and 1984 Daytona 24-hour victor, who he regularly competed against at Le Mans. Although Van der Merwe is best known in South Africa for his rallying exploits, in Europe and the United States, he is renowned for his speed in a fearsome selection of cars, including 1200 horsepower IMSA sports cars and the works Le Mans Porsches.

During the 1960s and 1970s South Africa’s Nine-Hour was a feature on the international motorsport calendar, along of course with the Grand Prix. The endurance race pretty much disappeared along with the 1973 fuel crisis; the regular Grand Prix in the midst of political crisis and tightening isolation. Lammers was entered in the last GP to be held at Kyalami in 1993. The previous year he had staged a F1 comeback, with the longest-ever gap in F1 history between his last GP for the Macau-based Theodore team in 1982, and two races for a faltering March team ten years later. Its Japanese owner had been jailed, and the team had run out of money. Jan had found enough money for his Dutch team-manager friend Hennie Vollenberg to pay the wages, while his erstwhile team-mate was supposed to provide the cash for the Ilmor engines, later the engineering brains behind Mercedes F1.

“My team-mate sent a fax committing himself to the funds,” remembers Jan, “but the page was folded where it stipulated the exact amount. When we got to Kyalami, there was not enough money to release the engines, and that was that. Formula One,” he reflects, ‘is a dog-eat-dog business, full of fast moves on and off the track.”

The financial chicanery might diminish as you go down the formula, but the sport is still a difficult way to make money.

“You know the old joke?” he laughs, “about how you make a million from motorsport? You start with a billion.” With an immensely successful career as a driver for various works teams, earning in his pomp a million pounds a year, he took the plunge in 2002 putting together his own team, using cars purchased from Dome in Japan. “We arrived in Tokyo and I had just settled into my hotel when I got a call from my sponsor in Europe. As their business had been taken over, our deal was off. But, it’s the passion thing again, I went ahead regardless.”

Despite running an immensely successful operation, as the brace of world championships testifies, “I made more money – or at last lost less – by not going to work every day” he laughs. Jan had the inspiration for a novel sponsorship scheme from glimpsing a painting at the Dome factory. “It was made up of tiny small paint-marks, in the style of Van Gogh. I thought if we have a car painted in small squares, these could be sold for smaller sponsors. We thought that 600 blocks for €2500 each would be enough for each season, plus a few big sponsors.”

But running a team and being the driving mainstay did not leave enough time to do everything else. “You know,” he chimes in with disarming frankness, “when businesses go bust, people always search for excuses, how it was not their fault, always someone or something else’s. The reality is that I should have employed more people to run the operation; but there’s,” he smiles, “that balancing act again. More people meant less money in the short term for the cash flow and for the racing and the results, so we didn’t.”

“While the small circle of my motor racing friends thought we were doing fantastically, and were very proud of the championships and successes, my bank manager was much less impressed.” As a result, during its best year “the team lost €80,000; during the worst, €900,000.”

It took him seven “long and hard” years to settle with his creditors; the selection of that route a measure of the man’s integrity – even though he claims no praise. “Thanks to a lot of patience, understanding and co-operation from lots of friends and creditors, I was able to survive in the end.”

A long race like the Nine-Hour is a similar balancing act, demanding both speed and consistency. You want to be fast, but you also want to spend as little time stationary as possible. Despite an expertly engineered and managed car we knew that, with just 350 horsepower in our 1100 kg machine, we were not going to be as fast, at least down the straights, as the lightweight sports-cars or the more powerful Porsche GT3s.

But we could minimise our time in the pits by running a conservative tyre strategy, demanding only one change, and at least one “double stint”, when the driver stayed in the car when it refuelled and so did back-to-back sessions. The one with the most brawn and least brain stepped forward for this task. After two hours I was completely knackered inside a helmet, balaclava and triple layer race-suit, and in a car with an ambient temperature around 65 degrees, where the cooling ducting had failed.

“How did you find that?” chirped Jan as I sat afterwards dripping, recovering in the pits. Before I could mutter a reply, “I thought,” piped up the man who drove a legendary 13 of the 24 hours at Le Mans the year he won, “that my head was going to explode after an hour and a half.”

My head had exploded, it felt. When the team asked if I could stay out for another ten laps after the fuel light starting blinking, personal survival demanded that I stopped glancing at the timer on the read-out in front of me.

In the ensuing 22 years since the last SA GP, South Africa has attempted various other international events. These efforts, including NASCAR and MotoGP races, have proven more sporadic than strategic, and so far unsustainable. Yet the basic elements remain to put motorsport back on the global track: a surfeit of iconic circuits, plenty of enthusiasts, and a local car industry. “Having an international race here,” emphasises Sarel Van der Merwe, 69, “is absolutely critical for the local fraternity. It’s the only sport which does not have some sort of international competition, without which there is little to excite commercial, spectator and competitor excitement.”

Supervan says an endurance series, pinned around the Nine-Hour, makes a lot of sense, offering “a lot of racing for the money, and much, much less expense than a GP”. It can also leverage the advantage of southern hemisphere sunshine when the north is clouding over. With over 30 entries in the inaugural revival this year, the stage is set to make this ambition a reality.

When I got in the car we were in sixth place. By the time I finished somewhat thinner over 150 minutes later, we were in third, three laps behind the Porsche just in front of us. When Jan took over from Sarel for the final stint, it was down to less than a lap. In the dark, at the limit, he took a second out of their lead each lap until, with 20 minutes to go, he was behind the Porsche and then, with a cheer from the pit wall, ahead, where he stayed. As Sarel put it in his inimitable way at the end, “It does not get better than this. I had two heart-attacks waiting for the finish, and three orgasms when he crossed the line!”

I once briefed Henry Kissinger about political and security events in Southern Africa. After the meeting, I asked an American colleague who had sat in if he had enjoyed the experience. “It was like playing guitar with Bob Dylan” he responded. For a petrolhead, racing with Sarel and Jan was a little, I imagine, like gigging with Dylan and Eric Clapton. Even my ten-year old son, the ultimate critic, is impressed. DM