Five years since the famine, Somali children are still stalked by the menace of hunger 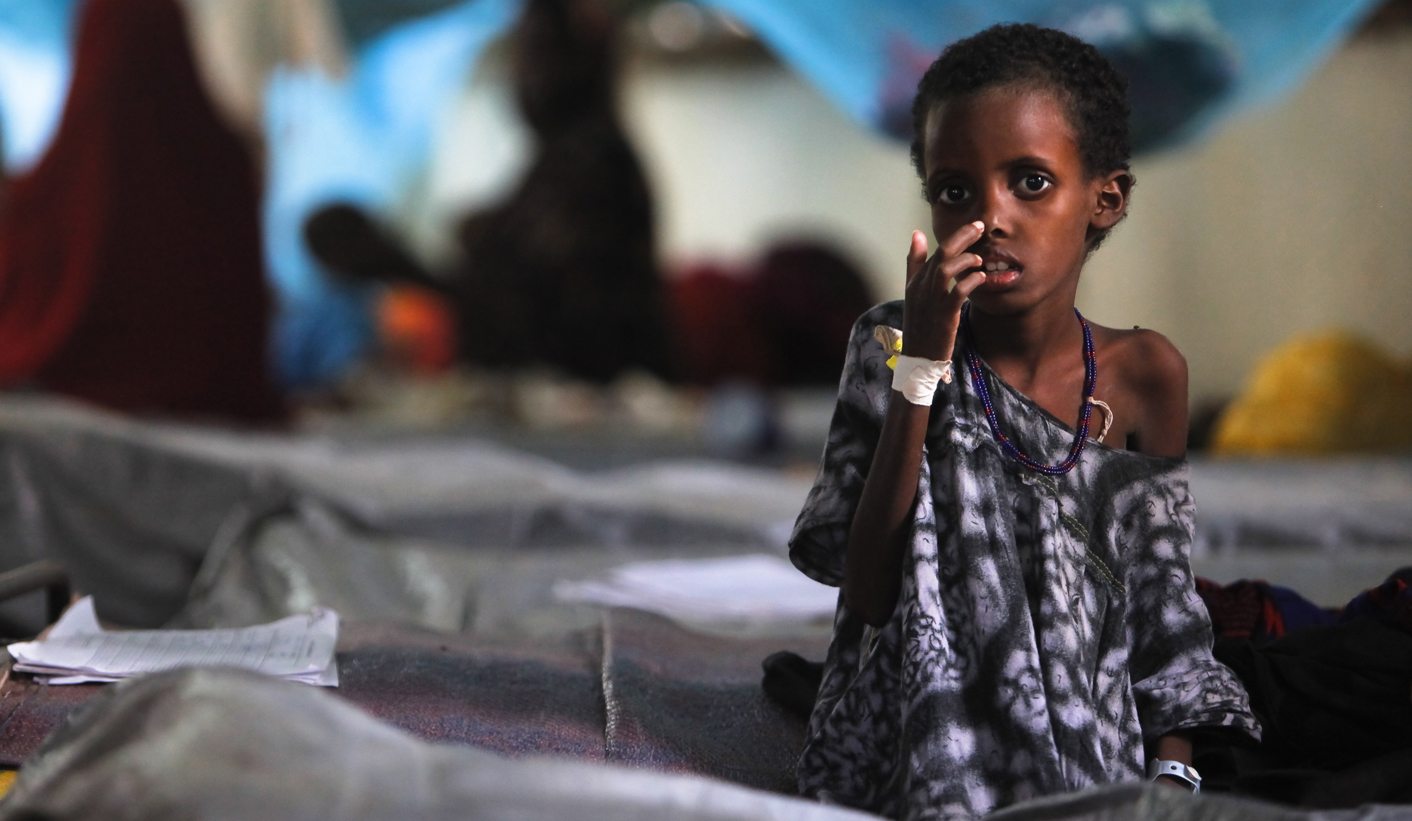 Since the 2011 famine, malnutrition in Somalia has decreased, to some extent. Among children under five years old it has fallen from 18% in the 2011 Gu (the rainy season in Somalia, which is the primary cropping season and runs from April to June) to 13% in the 2015 Gu. However, the improvement has not been enough to lift hundreds of thousands of children out of the fear – and the reality – of hunger. By KUN LI for UNICEF.

With so much the world focused on war, terrorism and the plight of a seemingly endless stream of refugees, it is no surprise that Somalia has been forgotten. The last time the country was featured in news headlines was nearly five years ago, when failed rains and failed politics led to famine. By the time the famine was declared over, months later, hundreds of thousands had perished and millions more had been uprooted. Since then, Somalia has been largely ignored by the news media. Many consider the information void a sign of progress. But does “no news” really mean “good news” in the case of Somalia?

Three weeks ago, I took a field trip to Baidoa, one of the largest cities in southern Somalia – the epicentre of the famine. It was still early in the morning, but the outpatient therapeutic feeding centre run by UNICEF partner, Deeg-Roor Medical, was already packed with mothers and their young children. Inside the single-floor building, which is about half of the size of a basketball court, multiple activities were taking place. In the inner sections, children were being weighed on a scale. Right next to it, doctors and nurses were assessing each child and diligently making note of their conditions. Across the room, a young female health worker was delivering a lesson on feeding and hygiene to a group of mothers and children. She was aided by a flip chart with colourful illustrations that helped enforce her messages on breastfeeding, hand washing and immunisation. Outside, more mothers and children were waiting to get in, shielding themselves from the sun in the little shade they could find – along the walls, beneath the trees, or just by holding up a headscarf.

Since the famine, malnutrition has decreased, to some extent. Among children under five years old it has fallen from 18% in the 2011 Gu (the rainy season in Somalia, which is the primary cropping season and runs from April to June) to 13% in the 2015 Gu. However, the improvement has not been enough to lift hundreds of thousands of children out of the fear – and the reality – of hunger. The latest data shows that there are as many as 308,000 children who are acutely malnourished, including nearly 56,000 severely malnourished. The statistics translate into this simple fact: At the moment, one in every seven Somali children is malnourished.

“My husband is a casual labourer; he goes around collecting firewood. He is not working at the moment,” said Maqami, 19, one of the mothers I met at the centre. In the arms was her 11-month-old baby Ridwan, who had suffered for some time from malnutrition, and also a high fever and diarrhoea, and was referred here to continue his treatment after being discharged from the hospital. Ridwan was not feeling well that day. He let out weak cries every so often, like little pleas for attention from his young mother.

“The father of my children became disabled a couple of years ago, so he cannot work,” said another mother, Barlin Ali, 34, who came with one of her nine children. “He stays at home all day.”

Unemployment seems to be a big problem for these families. Yet they are still not the worst off. Even more vulnerable and disenfranchised are the internally displaced persons (IDPs). In the two IDP camps I visited visited, almost no men had jobs. It is often the women who support the household by washing clothes for better-off families in the town, or looking for firewood to sell outside the camp – exposing them to the danger of sexual violence.

“Most of us come from the countryside, so we are not used to this kind of camp life,” said Hawa Abukar Waladi, a Community Health Worker (CHW) in Salamey Idale IDP camp. Everywhere you look there are rag- and sheet-covered huts sprawling in every direction. Piles of waste are scattered across the dusty landscape. Children walk around, with no shoes, and many without pants.

“Sanitation and hygiene is a big problem here. Many children suffer from malnutrition, diarrhoea, and many pregnant mothers have anaemia,” said Hawa.

Hawa and her colleagues dispense crucial information on feeding and hygiene practices to the mothers. They also treat common childhood diseases, and provide referral services. UNICEF supports this lifesaving work by Hawa and her colleagues with funds from donors. Not too long ago, the European Union’s humanitarian department, ECHO, committed US$2.8 million to support UNICEF’s work on nutrition, water, sanitation, hygiene and other areas.

Treatment for malnutrition – as long as there are no complications involved – is simple. Given ready-to-use therapeutic food (RUTF), 90% of children can recover. But what is depressing is that as old cases are successfully treated, new cases occur, and children often become malnourished more than once. Until poverty, unemployment and poor living conditions are addressed, and solutions are found for the IDPs, Somali children will continue to live – and die – from the menace of hunger. DM

Photo: A malnourished Somali refugee girl sits alone on a bed at a clinic run by Medecins Sans Frontieres (MSF) at Dagahaley camp, one of three camps that make up sprawling Dadaab refugee camp, in Dadaab, northeastern Kenya, on 02 August 2011. EPA/DAI KUROKAWA.