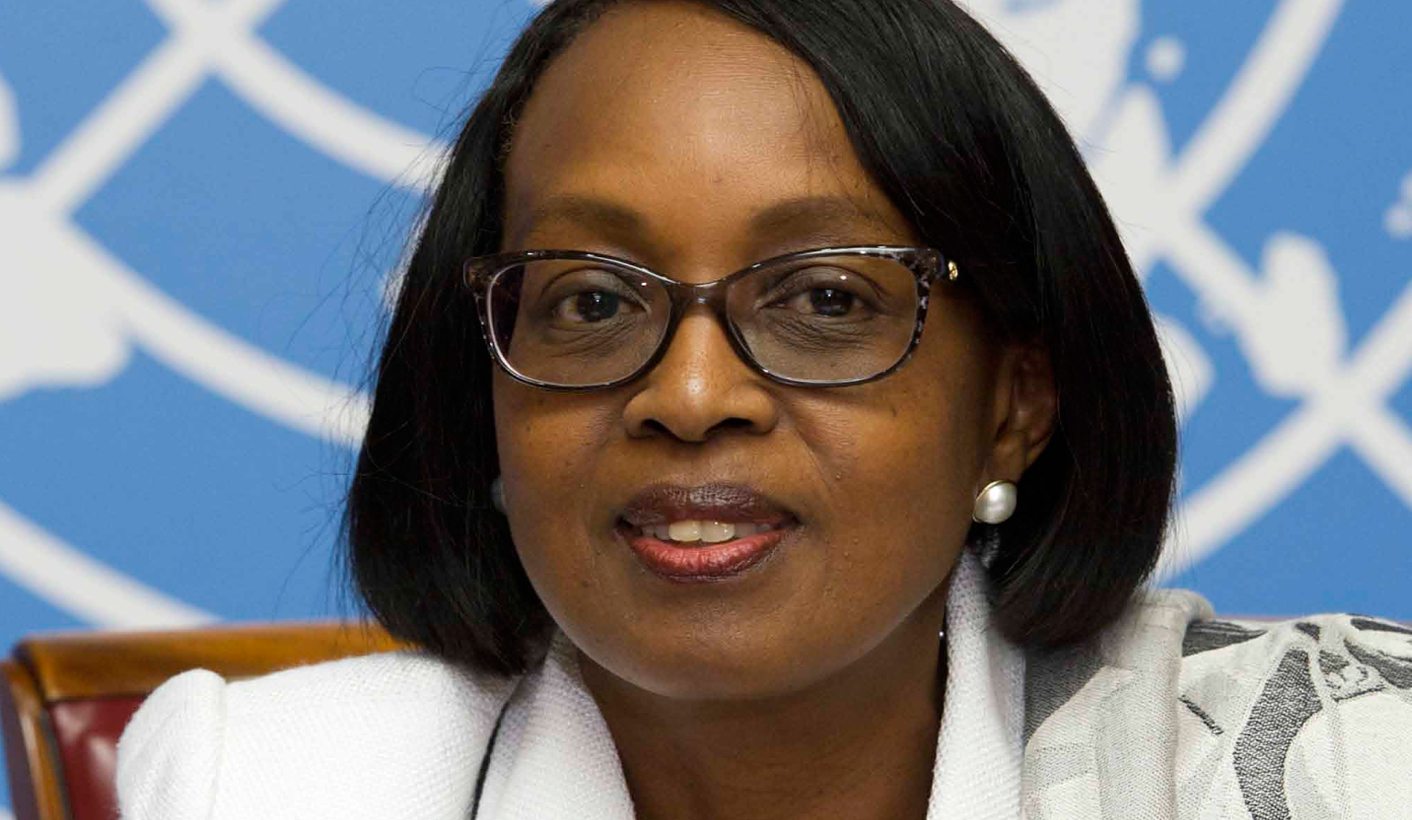 In Africa, the Ebola epidemic showed us the “worst case scenario” when health systems are weak or broken. For coverage of several basic health services – including family planning, immunisation and improved sanitation – sub-Saharan Africa lags well behind the rest of the world. The region accounts for approximately 25% of the world’s disease burden, yet it has just 3% of its doctors. Furthermore, too many households across the continent are forced to borrow money or sell assets to pay for health care. By Dr MATSHIDISO MOETI, the World Health Organisation’s Regional Director for Africa.

Health is widely considered to be a fundamental human right, yet the sad truth is that far too many people around the world still do not have access to basic health care. Millions of Africans, in particular, are unable to access or afford the services they need to survive and thrive without incurring financial hardship. The answer to this problem is clear: universal health coverage (UHC).

For too long, the idea of achieving universal health coverage in Africa was perceived as a distant dream. Fortunately, the tide is turning. This year, the international community formally enshrined universal health coverage in the new Sustainable Development Goals, which will guide development efforts through 2030. More than 100 low- and middle-income countries, home to three-quarters of the world’s population, have taken steps to deliver universal health coverage. And the movement is gaining support beyond health experts, as over 300 economists recently endorsed a declaration calling for universal health coverage as a way to reduce extreme poverty and fuel economic growth. In short, as we celebrate the second-ever Universal Health Coverage Day this week, it is apparent that the movement for health for all has reached a critical mass. The global community clearly recognizes that UHC is right, smart and overdue. While our collective commitments to UHC are promising and should be celebrated, now is the time to get serious about taking steps to achieve it.

In Africa, the Ebola epidemic showed us the “worst case scenario” when health systems are weak or broken. Even in the absence of a major health crisis, many African countries struggle to deliver quality and affordable health services. For coverage of several basic health services – including family planning, immunisation and improved sanitation – sub-Saharan Africa lags well behind the rest of the world. The region accounts for approximately 25% of the world’s disease burden, yet it has just 3% of its doctors. Furthermore, too many households across the continent are forced to borrow money or sell assets to pay for health care.

Countries in Africa that have reached middle income status face particular challenges. For example, many have lost the preferential prices for vaccines and essential medicines that they received as low-income countries. These countries must find ways to shift the burden of increased costs from the individual to the collective by raising more money for health services and medicines.

To confront the region’s challenges, we can look to and apply lessons from the many African countries taking the lead in implementing universal health coverage reforms, such as Rwanda, Ghana and Ethiopia, among others. These include building strong, efficient, well-run health systems that focus on community-based primary health care; creating sustainable financing for health services; improving access to essential medicines and technologies; improving governance and management of health services; and maintaining a sufficient capacity of well-trained, motivated health workers.

In Ethiopia, a Health Extension Program has trained and deployed over 38,000 health workers since 2003 to deliver primary health care services in rural communities. This program has been essential to expanding access to primary health care. Its success – made possible by commitments of the Ethiopian government, partners, and of course dedicated health workers – has demonstrated the importance of investing in human resources for health and delivering essential health services at the community level.

In Ghana, a tax-funded national health insurance system, known as the National Health Insurance Scheme, covers 95% of diseases that affect Ghanaians, enabling financial protection and expanding coverage. This system is an example of the type of reform that can help countries minimise catastrophic out-of-pocket health care costs that all too often lead to, or exacerbate, poverty.

Rwanda has also made significant strides toward universal health coverage. By implementing ambitious reforms starting in 2000 – with the goal of universal health coverage – the country has transformed its health system. Child mortality has fallen by more than two-thirds since 2003 and Rwanda’s average life expectancy has risen by 10 years in the past decade. These and many other health and development successes make Rwanda a valuable model for others in the region.

Of course, there is no “one-size-fits-all” approach to achieving universal health coverage, and each country – and even district or county – must determine which strategies and reforms best meet their needs. However, if we expand and build on the tremendous progress already happening across many countries in Africa and adopt an integrated approach to advancing health for all, I am confident the benefits will be widespread.

If people have access to the health services they need without the risk of financial hardship, they will be able to lead productive lives, feed their families and send their children to school. This, I believe, will significantly transform lives across the continent and help build a brighter and more prosperous future for Africa.

I made universal health coverage a key priority during my tenure as the World Health Organisation’s Regional Director for Africa. This Universal Health Coverage Day, I urge African governments and their partners to do the same. DM