The Unthinkable: Nene Has Fallen 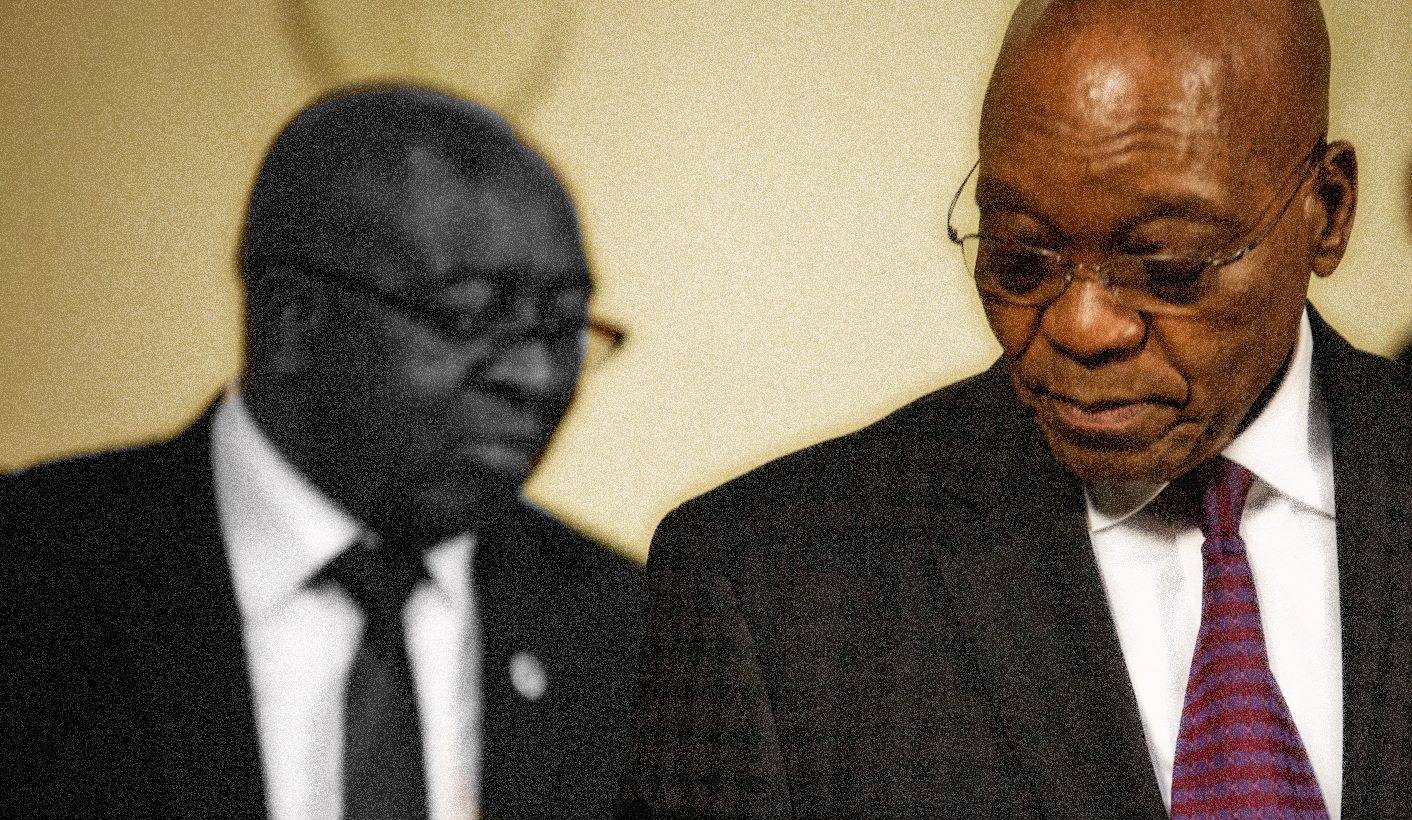 It is the final insult. President Jacob Zuma has put South Africa’s economy, stability and future at risk by firing respected Finance Minister Nhlanhla Nene for reasons he has not bothered to explain. Of course South Africa knows what the reasons are, and they have nothing to do with maintaining the integrity of the Treasury. The announcement of Nene’s shock removal from Cabinet sent the Rand tumbling on Wednesday. In the context of an international ratings downgrade, poor economic performance and an already battered currency, the move spells disaster for the country. By RANJENI MUNUSAMY.

Wednesday was a scheduled Cabinet meeting in Pretoria. Rumours had been churning over the past few days that a Cabinet reshuffle was imminent – something that always makes ministers nervous. Independent Newspapers was punting the story of a reshuffle hard but it made no sense. Even for ministers in the belly of the beast of the Zuma presidency, it seemed too absurd, too reckless, too deadly to suddenly remove the Minister of Finance for no good reason.

Other portfolios, maybe. Finance is the Holy Grail.

By the end of the day, many of the ministers were shell-shocked. Nhlanhla Nene got the chop, and one so brutal that he was not even deployed to another portfolio. President Jacob Zuma had exercised his presidential prerogative on Cabinet appointments in the way only he can: on the basis of presidential whim.

By the time the news broke publicly, senior ANC leaders and government officials were making frantic calls trying to find out who exactly had been reshuffled and who was Nene’s replacement.

Little known ANC Member of Parliament David Douglas Des van Rooyen stepped into the most high profile ministerial position. Nene had only served in the position since May 2014 and had followed his predecessors Trevor Manuel and Pravin Gordhan in sticking to a trajectory of fiscal discipline to maintain macroeconomic stability.

But Nene had committed a fatal error. He had not understood, even after Gordhan’s retreat from the Finance portfolio, what exactly his role was. Maintaining the integrity of the Treasury, cutting government spending in the face of a bulging deficit and balancing the books to allow for development and growth were not key priorities. Not for this president.

The expectation had been that he would be more malleable and deferential to the demands of his boss. He was not. Nene was holding back on the R1 trillion nuclear build deal, even though Zuma was personally involved and invested in the negotiations.

Nene was trying to keep it above board. But that was not what was required.

The move that cost Nene his job was daring to cross South African Airways board chairperson Dudu Myeni, who has a close personal relationship with the president. Nene refused to agree to Myeni’s plan to revise a deal for the purchase of new aircraft for the national carrier because of high costs. Myeni was furious, Zuma was displeased but Nene refused to bow to political pressure. If he had done so, it would have undermined Treasury’s adherence to fiscal discipline and betrayed the undertakings he had made to the nation for financial prudence by the state.

And so Nene paid the highest price, being removed unceremoniously at a time when the national currency has taken a battering. His firing comes days after international ratings agencies Fitch and Standard & Poor’s downgraded South Africa to one level above junk status, citing the slowing economy and rising debt.

A statement was released by the Presidency shortly after 8pm on Wednesday stating:

“I would like to announce changes to the Finance portfolio in Cabinet.

The statement gave no reason form Nene’s removal and announced Van Rooyen’s appointment. Van Rooyen has served as the ANC’s whip of the Standing Committee on Finance and is a former Executive Mayor of Merafong Municipality.

Zuma took no care to prepare the markets about his decision to fire Nene, meaning that there is likely to be slaughter in the days to come. There also seems to have been little consultation with the rest of the ANC leadership on the matter.

The ANC released a statement late Wednesday night saying it “notes and respects” the president’s decision. Of course presidential prerogative does not require Zuma to consult on Cabinet appointments. But on a portfolio so senior and so key to the economic stability of the country, it would be expected that he would consult widely and prepare the ground.

On Wednesday night, Zuma addressed a business dinner in Johannesburg. He spoke off the cuff, rambling incoherently about a number of issues and nothing in particular. He made no effort to take South Africa into his confidence to explain his stunning decision. He did not bother to reassure the markets or the nation that the Treasury would still be managed with integrity and discipline.

There has been no uniform way Zuma has conducted Cabinet reshuffles – six since he took office in 2009. Had Zuma wanted to make strategic changes to his executive, it would have made sense to do it early in the new year as the ANC and government hold their lekgotlas.

To axe a Finance Minister unexpectedly as the year draws is simply bizarre and perilous to the country’s fiscal health.

But this was not a strategic decision. It was an illogical, irrational decision for which South Africa will pay dearly.

For Zuma, it is another accomplishment in his mission to completely capture the state and will ensure unwavering loyalty from those who serve at his pleasure. There will be no defiance in cabinet ever again. DM