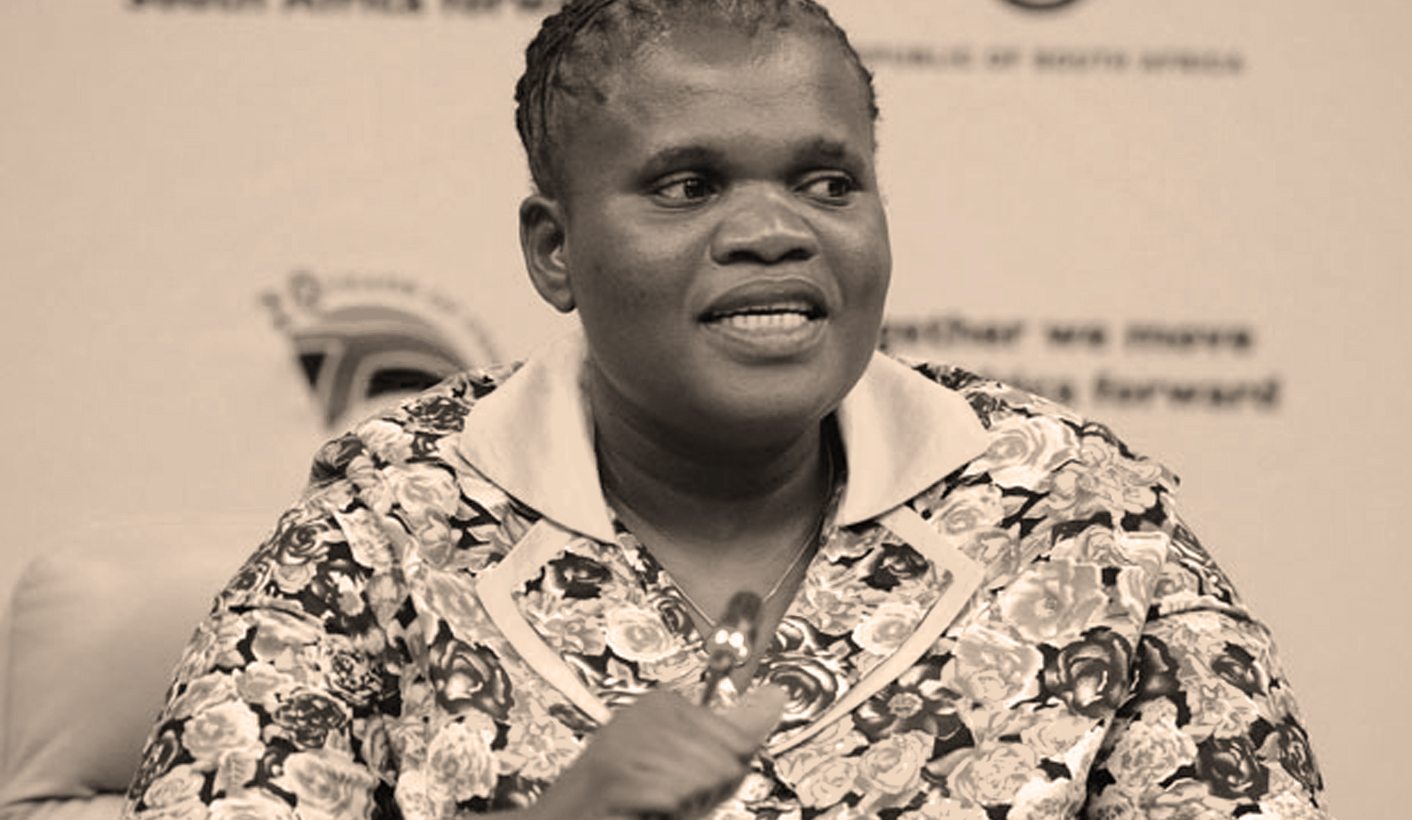 With a few deft strokes of her pen, Communications Minister Faith Muthambi had amended several key clauses of the 1999 Broadcasting Act linked to the appointment of SABC Boards. And the effect? Devastating. She, and her Cabinet colleagues who approved the Bill, sent the SABC straight back to its pre-1994 state broadcaster days. By TAWANA KUPE and KATE SKINNER.

Very quietly, as the schools broke up and as South Africans headed for the coast, Communications Minister Faith Muthambi tabled the 2015 Broadcasting Amendment Bill in Parliament – with Parliamentarians already on Christmas recess.

Clearly, this was a Minister who yearned for rigorous public debate.

So let’s recap – how was the SABC governed under apartheid? The Broadcasting Act of 1976 dictated that the SABC be managed by a Board which consisted of not less than 21 and not more than 25 members and a Director General. All members of the Board were appointed by the President who also had the right to decide on the Chair. The Minister (without stipulating which Minister) was then entrusted with the administration of the Act. The responsibility for broadcasting thus shifted between the Ministers of Foreign Affairs, Education, Home Affairs, Posts and Telegraphs and Information. This was the National Party’s vision – direct Presidential and Ministerial control of the SABC.

The ANC’s vision, however, was entirely different. The liberation movement was strongly influenced by the Campaign for Independent Broadcasting. The Campaign included a diverse range of civil society organisations, unions and, interestingly, political parties including the ANC. These organisations pushed hard for an open, democratic, transparent approach to broadcasting and, critically, to the SABC Board’s appointment. The Campaign saw the important links between an independent board and editorial and programming independence and the critical importance of these for a thriving democracy.

In 1993 the ANC and National Party thus agreed that an independent panel of eight jurists would conduct public hearings. The chair of the panel was then to make recommendations to the President, who would have limited powers to refer names back to the panel. Board members were to be nominated by members of the public. Twenty two non-executive members were then elected. Three executive members were appointed to make up a board of 25. To further bolster the Board’s independence a clause was included stipulating that no non-executive Board member could be a member of a state body or an office bearer in a political party.

The appointment of this first democratic Board was part of South Africa’s transitional arrangements. Post-apartheid a new process was put in place, centred on South Africa’s new democratically elected Parliament. Appointment procedures were outlined in the Broadcasting Act, 1999. The Act called for a smaller Board of 12 non-executive members and 3 executive members. The Act stipulated that the 12 non-executives were to be appointed by the President on the advice of the National Assembly. Board members were to be appointed in a manner ensuring participation by the public in the nomination process.

To date, Board appointment processes haven’t been smooth. Controversies have dogged SABC Boards since 2007. The 2007 process, for instance, was undermined by direct presidential (Mbeki) interference. But still, imperfect as it has been, the principles of democracy have, at least on paper, remained at the heart of the appointment process – appointments have been centred on public nominations and on an open Parliamentary interview process. To bolster this process, the civil society SOS: Support Public Broadcasting Coalition has campaigned for numerous ways to increase public participation and transparency and thus minimise manipulation. The Coalition has called for greater public participation in the nomination process (e.g. through using the SABC’s own extensive radio and TV networks), for greater transparency in nominations (e.g. publishing the names of nominees of candidates and candidates’ CVs on the SABC’s and Parliament’s websites), for the televising of Parliamentary interviews, and, finally, for Parliament to select Board members through a process of consensus. The principle here is that the public broadcaster represents everyone, so consensus, across political parties, is essential.

So where are we now? Sadly, these calls have fallen on deaf ears. Minister Muthambi, without support from many within the ANC, and definitely without support from the ANC’s Alliance partners, the SACP and Cosatu, has called for a process that removes Parliament and the public from the appointment process – entirely. The Minister has called for the role of Parliament to be replaced by the Communications Ministry. The Minister will now receive (non-binding) recommendations from a nomination committee; she will be the selector.

And Board and Board member removal processes? Equally undemocratic. The President may now, after due enquiry and on the recommendation of a panel, with input from the Minister, appointed by himself or remove a member of the Board. And the entire Board can now be dissolved by the President, after due enquiry, and on the recommendation of the same panel. And the President can now (entirely on his own without input even from this Panel) appoint an interim Board for a period no longer than six months. Hence the SABC will be fully under the unfettered control of the President and the Minister with very worrying implications for issues of editorial and programming independence.

So it seems we have come full circle. Once again the Minister and President have been inserted at the centre of appointments and removals of SABC Boards and Board members. Parliament and the public have been removed. But we need to look back at our history. This is not what we fought for. And this is not good for democracy. This Bill is in fact entirely at odds with the ANC’s post-apartheid public service broadcasting vision. There is only one way forward here – the Bill must be withdrawn. DM

Sam Sole for amaBhungane • 14 hours ago

"Revolution will free society of its afflictions while science will free the individual of his." ~ Mario Vargas Llosa