Op-Ed: How sustainable is the business of renewable energy? 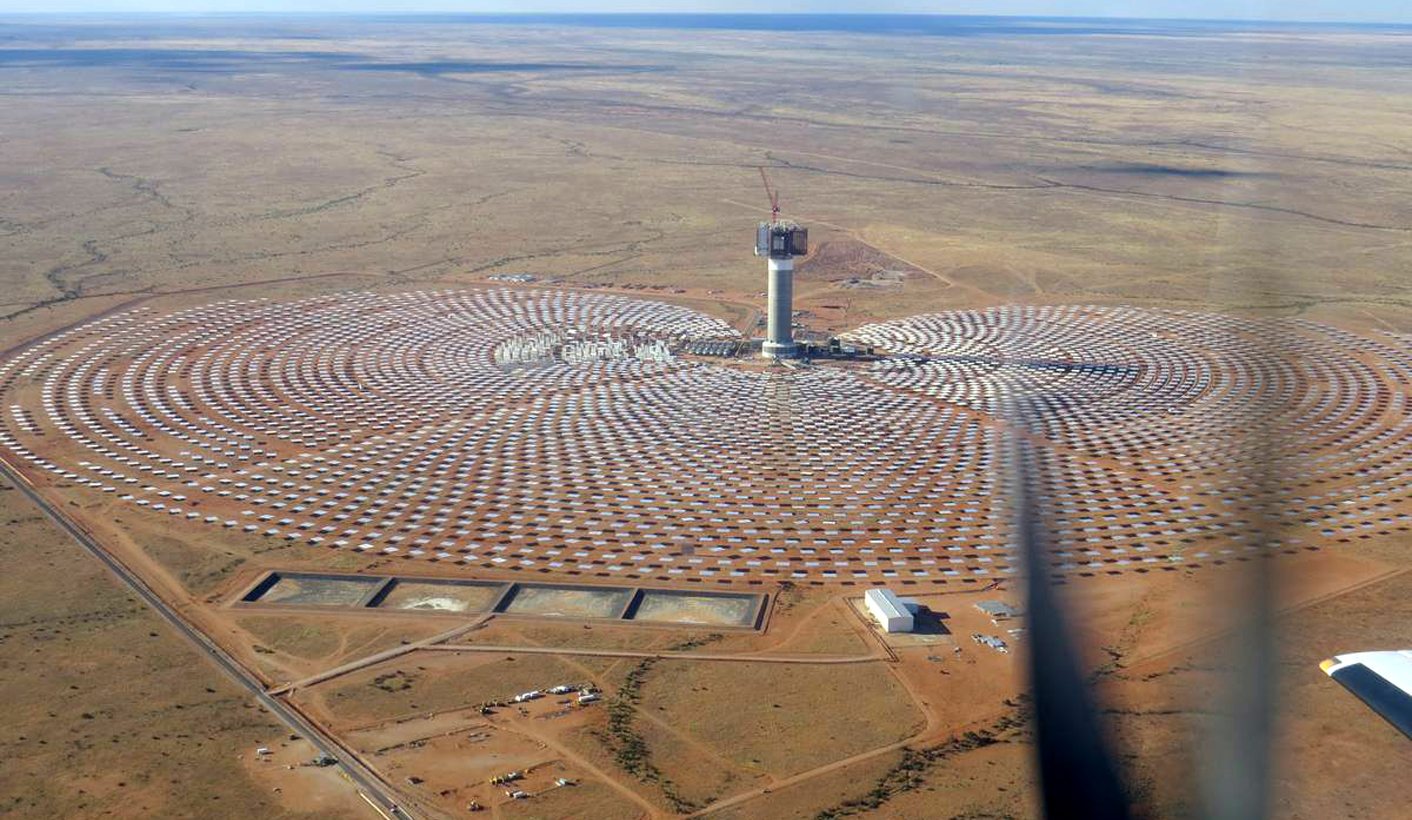 International solar power developer Abengoa (NASDAQ: ABGB), with three concentrating solar power (CSP) projects in South Africa, started insolvency proceedings on 25 November 2015, perhaps signalling an overheating of the global renewable energy sector, and a correction in the trajectory of adoption of renewable energy in the face of reduced prices for fossil fuel-based energy from coal, oil and gas. By CHRIS YELLAND and PIERRE POTGIETER, EE Publishers.

The announcement by Abengoa of commencement of insolvency proceedings occurred after talks with its potential investor, Gonvarri Corporacio?n Financiera, for a capital injection of some €350-million fell through. This is not full-blown bankruptcy yet, but more like filing for business rescue. The application allows the company a four-month window to make arrangements with its creditors, during which time payments to its lenders and other creditors may be suspended.

As a result of the application, Abengoa’s share price on the day tumbled 54%, following which trading in Abengoa was suspended. Abengoa CEO Santiago Seage subsequently resigned on Friday 27 November. On Wednesday 25 November Fitch downgraded the company by five levels to CC, and Moody’s downgrade from B3 to Caa2 followed the next day, based on a perceived high likelihood of the company defaulting on its obligations to lenders and creditors.

To avoid insolvency and bankruptcy, Abengoa, which has approximately €9-billion in consolidated gross debt, will have to improve its liquidity. Doing so, according to a Moody’s report, would include refinancing of short-term debt maturities, increasing short-term credit lines, as well as require “substantial progress in the existing €1,2-billion asset disposal programme” (Moody’s Deutschland Global Credit Research, 2015).

The energy company is a developer and major shareholder in three concentrating solar power (CSP) projects in South Africa, namely the 50 MW Khi Solar One tower-type CSP, and two 100 MW parabolic trough CSP plants, KaXu Solar One and Xina Solar One. Abengoa has partnered with the state-owned Industrial Development Corporation (IDC) to build, operate and maintain these plants. Xina Solar One and Khi Solar One are currently under construction, while KaXu Solar One is already operational.

The projects form part of the South African Department of Energy’s Renewable Energy Independent Power Producer Procurement (REIPPP) programme to procure 17 800 MW of renewable energy capacity by 2030, which is procured through various windows of competitive bidding. Abengoa’s South African projects have secured financing from several banks including the African Development Bank, Agence Française de Développement, Clean Technology Fund (CTF), KfW and the World Bank. Inadequate and declining hard currency revenue streams from electricity sales in weakening currencies (like the SA Rand) in emerging markets could influence a possible decision by Abengoa to rid itself of its South African assets, though at 250 MW, Abengoa’s South African projects form only a small part of the company’s wider problems.

Abengoa has been reporting losses for nine consecutive months. Investor’s Business Daily attributes the company’s troubles to the global collapse in fossil fuel-based energy prices, and associated competition from coal, oil and gas, (including shale gas in the USA), as well as to slowing economic growth in China.

Others, such as Bloomberg’s Edward Evens have cited the company’s business model of building and operating projects globally, funded by excessive debt and raising of capital for expansion in bond markets through yield companies (Yieldco’s). Coming shortly after the problems in August 2015 by SunEdison, reportedly the largest renewable energy developer in world, this latest crisis by solar power company, Abengoa, highlights issues surrounding renewable energy pricing, associated risk and financial structuring and funding of renewable energy projects.

There has been a trend for renewable energy developers to set up investment entities, or Yieldco’s, listed on the bourses of the major financial capitals, which purchase the developer’s renewable energy assets around the world for their revenue streams, to generate long-term, low-risk cash flows for dividends to investors such as pension funds. But Yieldco’s are falling out of favour, partly because of their relatively low return on investment in high-risk destinations, such as in emerging markets like South Africa, where the weak local currency contributes to inadequate or declining hard currency revenue streams from IPPs with twenty-year power purchase agreements (PPAs) in Rands at low prices per kWh with public utilities such as Eskom. Abengoa set up its Yieldco to buy completed power plants, and itself has a 47% share in its Yieldco, ABY, making it the Yieldco’s biggest shareholder. Abengoa’s Yieldco share price fell by 12% on Wednesday 25 November.

Mike Levington, a member of the Renewable Energy Council of South Africa, SAREC, called Abengoa’s crisis a “bell ringer” event for developers in the renewable energy sector to reconsider the sustainability of their electricity supply pricing, financing and, by implication, the financial structuring of their projects. “Although Abengoa’s financial situation is not likely to significantly impact South Africa or the REIPPP programme in the long run, it may be a good time to reconsider pricing levels and strategies to ensure sustainability,” he says.

The competitive bidding process of the REIPPP programme has been a significant driver for consistently reducing solar and wind energy prices in South Africa. Increasingly lower renewable energy prices in each bidding window have resulted from advances in technology, experience gained in construction, aggressive financial structuring and fierce competition to gain entry and secure market share in a huge and growing potential market.

In this environment, could renewable energy developers have perhaps scarified more realistic higher returns and economic good sense for market share in South Africa? Although favourable for Eskom and consumers, this could have serious consequences for developers and Yieldco’s, and their long-term sustainability.

At some stage, the price trajectory of renewable energy will have to stabilise or adjust to ensure sustainability – and this might just be the point for it to do so. The risk assessment of projects might also evolve as a result of Abengoa and SunEdison’s debt crisis, especially in respect of the currency risks of projects in developing countries. Banks and other lenders might also become more stringent and selective in coming years.

Although the SunEdison and Abengoa crises are unlikely to affect the attractiveness of solar power in the longer term, especially in light of the current climate talks in Paris, with a focus on renewables and a low carbon future, the trajectory of adoption and pricing of renewable energy may well be affected, causing these to adjust to more stable and sustainable levels. DM

The Financial Wellness Coach: Structure your policies to avoid the drawdown danger zone