The Pistorius Verdict: Justice was done, The System works 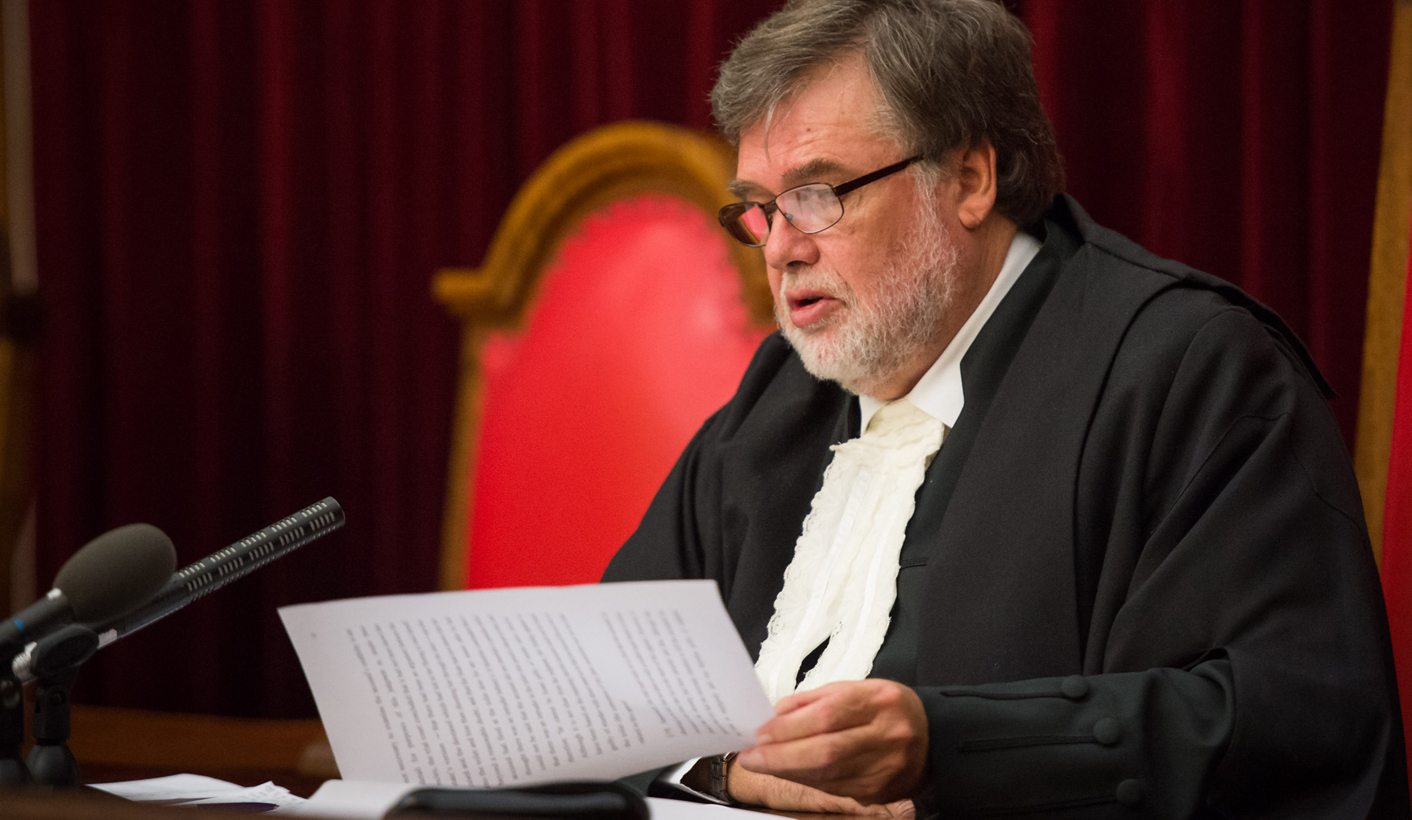 Watching Justice Eric Leach deliver a unanimous ruling in the State’s appeal in the Oscar Pistorius case, there was an overwhelming sense that the status quo was being restored, and all was well in the legal world. Justice had finally won out, restoring the public’s faith in the system. By MANDY WIENER.

The Oscar Pistorius case makes people all kinds of crazy. Over the past two years and nine months, I have encountered varying degrees of irrationality and illogical arguments on the subject. It is a story that has such a deep and beguiling hold on individuals that it renders them detached from reality, unable to distinguish fact or law from opinion and emotion. While the case and its public airing have done a great deal to educate the layman about how the law works, as well as its nuances, it has also resulted in many disregarding the law, and choosing to rather reach conclusions based on sentiment. Yesterday, with the Supreme Court of Appeal handing down its unanimous decision in the matter, order was restored to the universe. Justice won out in the end.

In October last year, when Judge Thokozile Masipa found Pistorius guilty of culpable homicide and acquitted him of murder, her ruling was torn apart by legal eagles and members of the public. Within minutes, senior counsel with decades of experience were hollering down their cellphones, describing her interpretation of the concept of dolus eventualis as a “massive blunder” and her reasoning as “drastically flawed”. For months since, I have heard silks launch into tirades in their chambers about how she conflated two different concepts, how she asked the wrong legal question, and how she just got it very, very wrong.

I have also spent a great deal of time speaking to rooms full of people, unpacking the case and making sense of the judgment in bite-size, palatable definitions. Without fail, the overwhelming consensus is that surely a man who arms himself with a loaded weapon and black talon ammunition, walks towards danger and shoots four times through a locked door into a tiny cubicle, must have an intention to kill. How could it be logical that the court did not reach the same conclusion?

On the face of it, it seems so very obvious. This is precisely why Masipa’s judgment left so many feeling disheartened about the justice system and confused about why it appeared that justice simply had not been done. The default position was that those who have money, influence, power and status benefit from a different kind of justice to the rest of society. That was the only possible explanation. To many who had lived and breathed every minute of the trial on television, it was incomprehensible that the system had let down Reeva Steenkamp, her family and other victims of crime.

Those with more experience of South Africa’s justice system and how it grinds on a daily basis, would have been more circumspect and rational in their reaction. It is precisely because of misapplications of the law and competing opinions on interpretation, that the result of a trial court is not always the final arbiter in a matter. It is why the country has an entire pyramid of appeals, to sort out problems such as this one. On Wednesday the Supreme Court of Appeal illustrated exactly how that works, in practice.

In a clear, concise judgment, Justice Leach restored the legal fraternity’s understanding of dolus eventualis which was so clouded in the wake of Masipa’s ruling. The decision also provided clarity on several other issues, such as whether the old “Hippo”, the precedent of the Seekoei case, was still applicable in this day and age, and whether or not the SCA could make findings on questions of fact or just of law. It was evident that the judgment was about so much more than one case and one victim – it had wide reaching implications for the law and critical definitions that would underpin further judgments for years to come. It restored public faith in the justice system that was partially eroded by Masipa’s ruling, more so because the SCA’s decision was unanimous and there were no dissenting voices on the bench.

The SCA must also be credited for articulating itself in a way that was so accessible to the general public. After Masipa had left many bewildered, the SCA clearly knew that it had a responsibility to clear the mess in the minds of those watching and listening. Leach’s use of the analogy of a bomb exploding to explain that the identity of the individual behind the door was irrelevant, was a master stroke. It left little doubt in anyone’s mind as to the legal definition of intent.

Leach was also attuned to the deep emotional investment in this story and demonstrated that in his more tender take on the human tragedy at the center of the case, an anomaly in a legal hearing. He poetically described the shooting as a tragedy of Shakespearean proportions and took care to refer to Reeva by her first name, even apologising for having to refer to her as the “deceased” in his ruling. It was again an attempt by the legal system to make itself accessible to the people. He also must have known that the SCA’s drastic overturning of Masipa’s initial judgment, on such a public scale, could ruin her. The court took the unusual step of including a paragraph, explaining to people, that she actually did do a very good job considering the massive pressure she was under.

The trial judge conducted the hearing with a degree of dignity and patience that is a credit to the judiciary. The fact that this court has determined that certain mistakes were made should not be seen as an adverse comment upon her competence and ability. The fact is that different judges reach different conclusions and, in the light of an appeal structure, those of the appellate court prevail. But the fact that the appeal has succeeded is not to be regarded as a slight upon the trial judge who is to be congratulated for the manner in which she conducted the proceedings.

The truth is, judgments are overturned in South Africa and around the world every single day. There are multiple examples of how the SCA has set aside High Court judge rulings and how the Constitutional Court often decides that the SCA has got it wrong. Masipa shouldn’t have to resign, her judgments should not be reviewed and she should not be publicly chastised and berated – she reached a conclusion that she believed was legally sound. It just happened to be different than the SCA’s conclusion.

The SCA’s ruling has also been a firm reminder of why the appeal system is fundamentally better than the jury establishment employed in other countries. In all my encounters with rooms of people discussing this case, an impromptu poll of public opinion has shown that around 98% of those in attendance strongly believe that Pistorius genuinely thought his girlfriend was in the toilet cubicle. Had the Blade Runner been tried by a jury of his peers, he would have been roundly convicted of murder (dolus directus), with a direct intention to kill. Regardless of what the evidence and the law said, they would have been clamoring to hang him.

Unlike laymen, lawyers and officers of the court are trained to argue logically and to separate the wheat from the chaff. They can distinguish between emotion and fact, and that is why we vest so much responsibility in them to ensure that justice is done. That could not be more true than in this case, in which so much raw emotion has shrouded logic and the law. On Wednesday, Leach and the judges of the Supreme Court of Appeal laid a careful hand on us and held us steady, restoring the status quo, providing clarity and reminding us that at the end of the day, justice will always be done. Have faith. DM