Guilty: Oscar Pistorius convicted of murder by the Supreme Court of Appeal 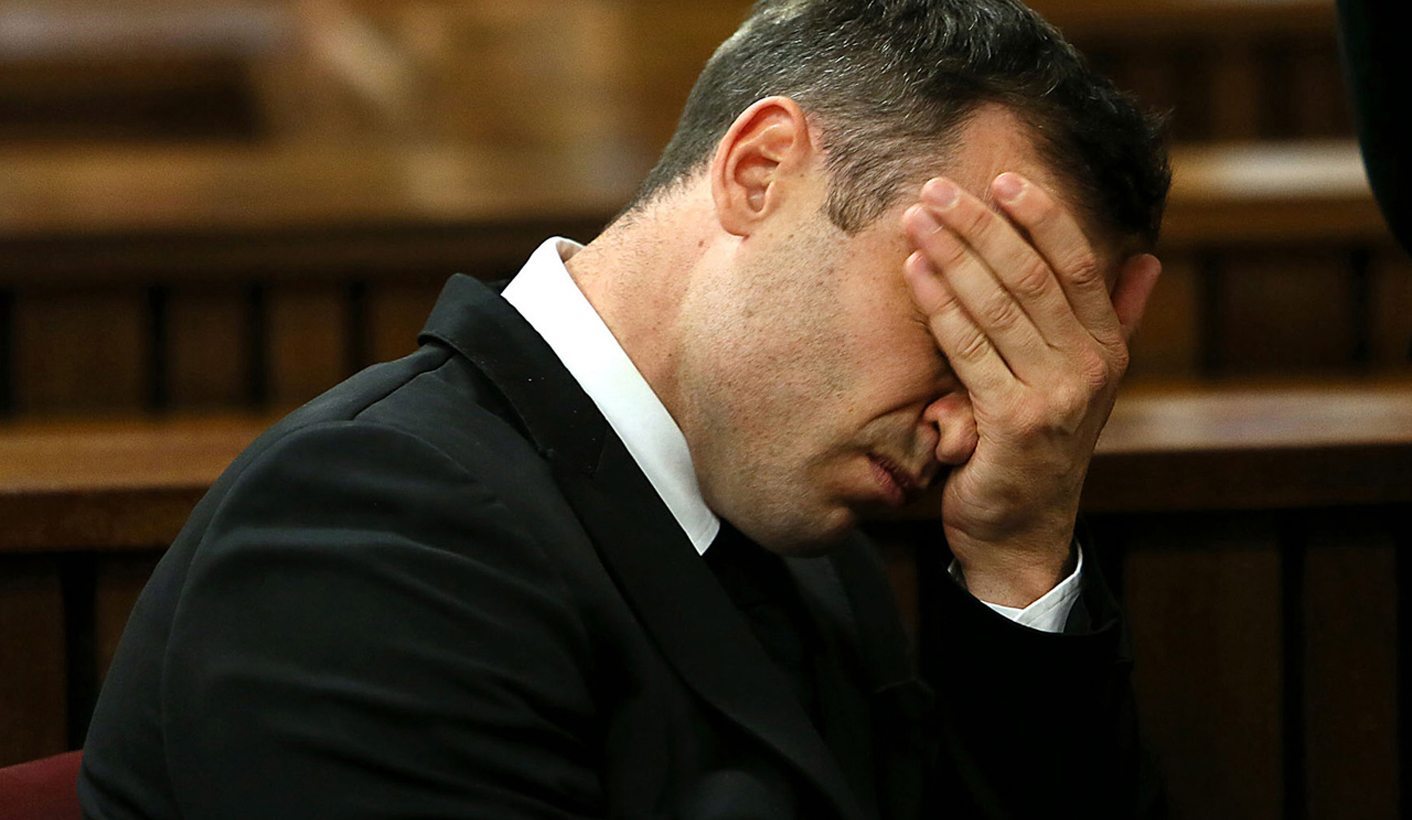 Oscar Pistorius’ house arrest won’t last much longer after the Supreme Court of Appeal found him guilty of murder. In a judgment that was critical of trial judge Thokozile Masipa, and scathing of Pistorius’ own testimony, the Paralympian’s original conviction for culpable homicide was overturned. By SIMON ALLISON.

Oscar Pistorius will return to prison after an appeals court found him guilty of murder for killing girlfriend Reeva Steenkamp, overturning his previous conviction for culpable homicide.

The court has ordered the original trial judge to impose a harsher sentence, which means Pistorius will no longer be eligible for house arrest. The minimum sentence for murder is 15 years in prison.

It is not yet clear whether Pistorius will return to prison immediately, or if he will be allowed to remain in correctional supervision until a new sentence is handed down.

Pistorius shot and killed Steenkamp on Valentine’s Day in 2013, saying that he thought she was an intruder.

“The accused ought to have been found guilty of murder,” said Justice Eric Leach, who read out an abridged version of the judgement on Tuesday morning on behalf of the Supreme Court of Appeal.

Leach described Steenkamp’s death as “a tragedy of Shakespearean proportions”.

As is custom, Pistorius and his family were not in the court in Bloemfontein as the judgment delivered. June Steenkamp, Reeva’s mother, was present.

The Paralympic gold medallist was released into house arrest in October, having served one-fifth of his original five year term, and has been performing court-mandated community service.

The crux of the appeal revolved around the legal concept of dolus eventualis, or indirect intention – in layman’s terms, the question of whether Pistorius had foreseen the possibility that he might kill somebody when he fired four shots into the bathroom door. The appeals court ruled that trial judge Thokozile Masipa had applied this concept incorrectly, saying that her ruling was “confusing in various respects”.

Leach said that Pistorius did have the requisite legal intention to be found guilty of murder. “In these circumstances, I have no doubt that in firing the fatal shots the accused must have foreseen that whoever was behind the toilet door might die, but reconciled with that event occurring, and gambled with that person’s life,” he said.

Leach was very critical of Pistorius’ inconsistent testimony in the original trial. “In the light of these contradictions [in Pistorius’ testimony], one really does not really know what his explanation is for having fired the fatal shots,” he said.

The case will now return to the Pretoria High Court for new sentencing.

Although critical of Masipa, Leach was at pains to emphasise that the SCA judgment should not be seen as an attack on her competence, and that the incredible pressure generated by the unprecedented international spotlight should also be taken into account when assessing her performance. “The trial judge conducted the hearing with a dignity and competence that is a credit to the judiciary of this country. The fact the appeal has succeeded is not to be seen as a slight on the trial judge,” he said. DM