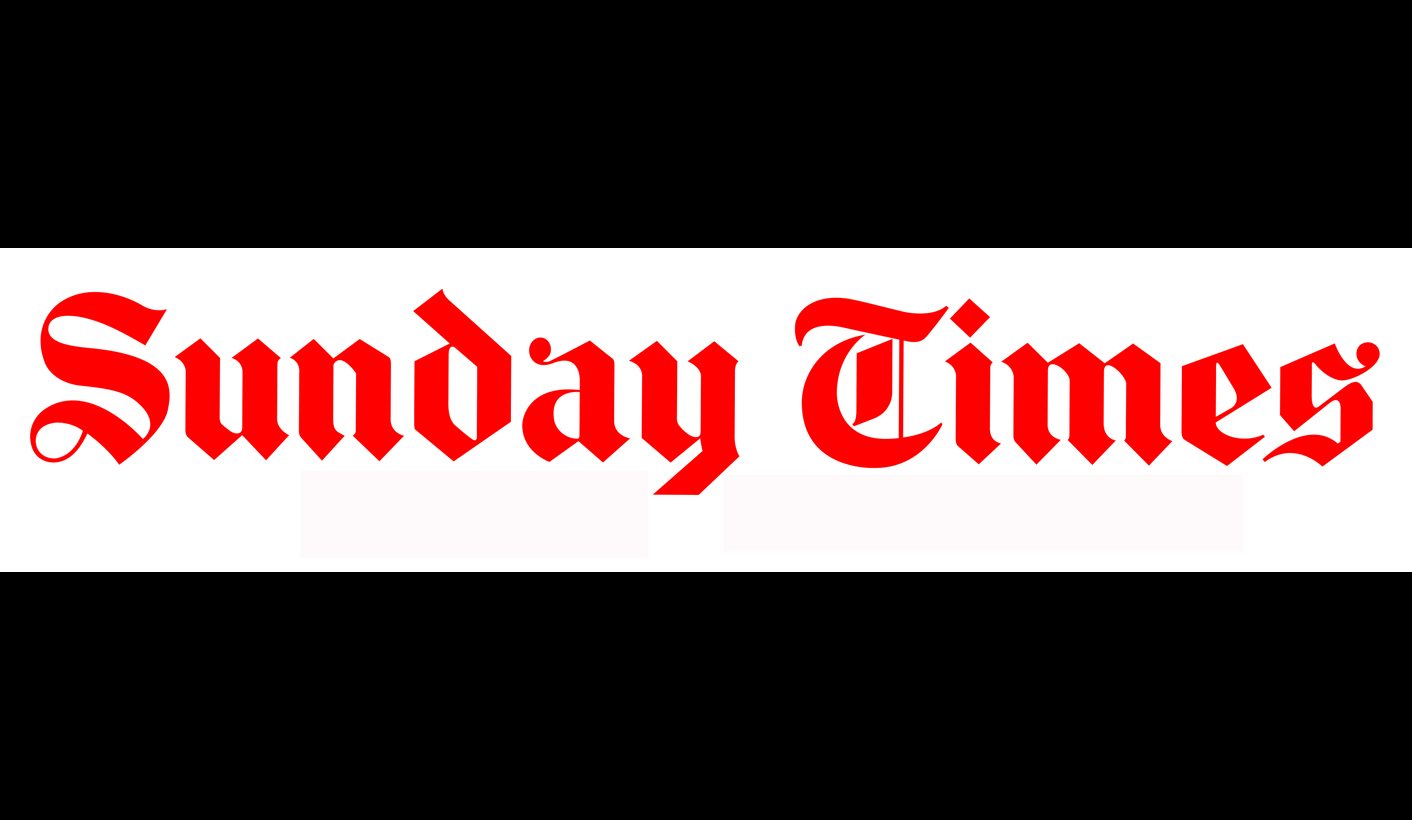 The independence of the media has been abused and the Sunday Times had been “unethical and immoral” in its coverage of an alleged covert SARS unit that had been set up to spy on President Jacob Zuma and other ANC members, a former investigative journalist with the paper, Pearlie Joubert, has claimed in an damning affidavit. Joubert maintains that the stories published in the paper were false and appeared to have been part of an orchestrated effort to advance untested allegations in public. Her affidavit, unprecedented in post-apartheid South Africa, now places the spotlight on the murky matter of the manipulation of the media to fight bitter political battles. By MARIANNE THAMM.

In August 2014 The Sunday Times began publishing a series of articles implicating former SARS deputy commissioner Ivan Pillay and group executive Johan Van Loggerenberg in the establishment of a covert or “rogue” investigative unit that allegedly spied on President Jacob Zuma and that set up a brothel aimed at infiltrating the ANC.

The fallout was almost immediate when Pillay and Van Loggerenberg were first suspended by new commissioner Tom Moyane, and then later resigned after reaching a settlement with SARS, apparently brokered by “high level political intervention”.

Others soon left too, including SARS strategic planning and risk head, Peter Richter and Pillay’s adviser Yolisa Pikie. Prior to this, spokesman Adrian Lakay resigned as well as Clifford Collings, head of the anti-corruption unit, when he was apparently disciplined for failing to provide Moyane with a new car on time.

Van Loggerenberg and Pillay – who have been the subject of four investigations – the Kayane Report (instigated by Pillay) the Sikhakhane Report (also set up by Pillay while still at SARS), the Kroon Advisory Committee Report and a KPMG report (yet to be released) have not spoken publicly but did so for the first time yesterday through their legal representative at a Press Ombusdman hearing brought by them against the Sunday Times in the wake of several reports the paper published on the alleged SARS “rogue” investigative unit.

In August Moyane refused to answer questions to Parliament’s Standing Committee on Finance on the KPMG auditor’s report on the covert unit and which he said has been sent to Finance Minister, Nhlanhla Nene.

The political stakes in the scandal were, and still remain, high, with several powerful politicians including President Zuma, as well as former head of Police Crime Intelligence, Richard Mduli (among others), being drawn into the sprawling and convoluted web along with multi-billion Rand illicit tobacco companies and organised crime syndicates.

The saga also affects other legal key players in the tobacco industry in South Africa, including British American Tobacco and the company’s alleged involvement in influencing state agencies to protect their commercial interests in Southern Africa. (See amaBhungane report.)

Former SARS commissioner and Minister of Finance, and current Minister of Cooperative Governance and Traditional Affairs, Pravin Gordhan – who once oversaw this, the most efficient and effective of state departments – has also been dragged into the mess as he was head of the revenue service between 1999 and 2009 when the investigative unit was established. In May this year Gordhan hit back, saying he had never approved of any illegal activities and that the establishment of the unit was legal.

“Any suggestion to the contrary is rejected emphatically. It is, in fact, during my stint at SARS that a whole range of institutional checks and balances were set up to ensure that no individual had unfettered powers and discretion in applying the law,” Gordhan wrote in a statement.

This week the affidavit by Joubert, a veteran investigative journalist who cut her teeth at the Vrye Weekblad and who was employed by the Sunday Times in July 2013, was made public during the Press Ombudsman hearing.

The affidavit, given by Joubert in October this year in support of SARS in a motion of notice brought by alleged tax offender and suspected drug smuggler, Martin Wingate-Pearce, makes damning allegations of methods used by the Sunday Times investigative team and the paper’s editor Phylicia Oppelt, in reporting on the matter.

Wingate-Pearce, a businessman and shareholder in Carnilinx – a tobacco company – paid millions in tax penalties after a 2005 SARS probe instigated at the request of former Police Chief Jackie Selebi. Wingate-Pearce has claimed that information on his taxable income between 1998 and 2005 and obtained by the “rogue unit” was unlawful and should be set aside. It is a test case that will have serious repercussions in the recovery of revenue from several other tax evaders who have had to pay penalties.

While Joubert, had previously privately written to Nene raising concerns about the appointment of Advocate Rudolph Mastenbroek – the source of the Sunday Times stories – to an advisory committee investigating SARS and chaired by retired judge Fraklyn Kroon, she had not been informed that her sensational affidavit would be read out at yesterday’s hearing.

“But I have no regrets,” Joubert told the Daily Maverick.

Joubert said she resigned from the Sunday Times in January this year because she “was not willing to be party to practices at the Sunday Times which I verily believed to have been unethical and immoral”. She charged the stories that were published were false and appeared to have been “an orchestrated effort by persons to advance untested allegations in a public arena”.

Joubert said yesterday that she knew that disclosing a source might be “journalistic suicide” but that she had been so troubled by developments that she felt ethically and morally obliged to speak out.

“As a journalist people have to trust me, trust that I won’t reveal my sources. But now I have,” she said.

The issue, however, was part of a much bigger narrative and “there is much more there”. She added that questions about information given to the Sunday Times had been flagged by her and other journalists during the course of the paper’s investigation but that these had been ignored.

In her affidavit Joubert discloses that in April 2013 she had been approached by Advocate Rudolph Mastenbroek, a former SARS official, with information implicating Van Loggerenberg and Pillay in the “protecting the ANC and certain of their members by treating them advantageously and in an improper manner during the course of duties at SARS while they were employed there”.

She said she had been aware that Mastenbroek was breaching his oath of secrecy as a former SARS official as well as confidentiality clauses contained in tax legislation. However, she had at first undertaken to protect him as her informant as the media relied heavily on sources who had access and an understanding of information not commonly available to the public and that related to wrongdoing in state agencies.

Mastenbroek, who grew up with Joubert and whom she had considered to be a close friend, was also the former husband of the then Sunday Times editor Phylicia Oppelt. After her meeting with Mastenbroek, Joubert says she raised concerns about the information with Oppelt but that the paper had gone ahead and published the stories anyway.

“I was concerned about the veracity and accuracy of these articles and expressed my opinion to this effect with Ms Oppelt and others. My comments were met with me being isolated and effectively ordered not to interfere with the other journalists involved in working on the articles.”

While Oppelt had refused to take her phone calls, Joubert says she continued discreet investigations and became aware that the stories published in the Sunday Times contained untruths.

Joubert says she became even more concerned when the Minister of Finance, Nhlanhla Nene, appointed an advisory committee, headed by retired judge Franklyn Kroon, and that Mastenbroek served on this committee as an advisor as he had a personal bias “in no uncertain terms.”

“In my mind Advocate Mastenbroek had already demonstrated to me in 2013 that he disliked Mr Johann van Loggerenberg and Mr Ivan Pillay and was then already attempting to advance allegations against them in the media. In my mind he should have excused himself from the board on the basis that he was severely conflicted.”

She said that Mastenbroek had never used formal channels or platforms to have his allegations against Van Loggerenberg or Pillay investigated or tested “but preferred that these matters be surfaced in the media.”

Considering her long friendship with Mastenbroek, the fact that he had taken her into his confidence and that breaching that confidence would affect that relationship and her career as a journalist she decided to write a letter to the Minister Nene where she had set out her concerns.

“I did so because I was moved by my conscience, in the interest of justice and the public as a whole.”

She became even more concerned when she learned that Pillay had been suspended based on the contents of the Sunday Times reports.

“It concerned me greatly that the independence of the media was for all intents and purposes, in my mind, being abused. It is my humble belief that much of what has been reported in The Sunday Times was false and appears to have been an orchestrated effort by people to advance untested allegations in the public arena.”

At Tuesday’s hearing Piet Rampedi, of the Sunday Times investigative team, said he had not shared sources with Joubert as he worked in Joburg while she was based in Cape Town. He essentially stuck to the Sunday Times argument that the published stories were correct and maintained that Joubert’s affidavit had no bearing on the truth of these.

Press Ombudsman Johan Retief will make a ruling by the end of next week.

Meanwhile, Andrew Gill, MD of Times Media, has issued a statement calling Joubert’s claims “fanciful” and “vindictive”. In a statement Gill said he rejected Joubert’s claims that Mastenbroek had been a source and had “tried to plant information about alleged improprieties by former SARS commissioner Ivan Pillay and SARS investigator Johan van Loggerenberg.”

“Nothing could be further from the truth,” said Gill.

Gill claimed that Mastenbroek was not only not a source for any of the paper’s stories but that the paper’s claims had been backed up by “a number of independent investigations, most recently a KPMG report.”

It is interesting the Gill refers to the KPMG report, which has not yet been released and which might suggest that a copy has been leaked to the Sunday Times.

Joubert has said she is reluctant to “become the story” when a much bigger and disturbing matters lay at the heart of the one of yet another scandal unfurling under President Jacob Zuma’s watch. DM

"Heroes. Idols. They're never who you think they are. Shorter. Nastier. Smellier. And when you finally meet them there's something that makes you want to choke the shit out of them." ~ Paul Beatty