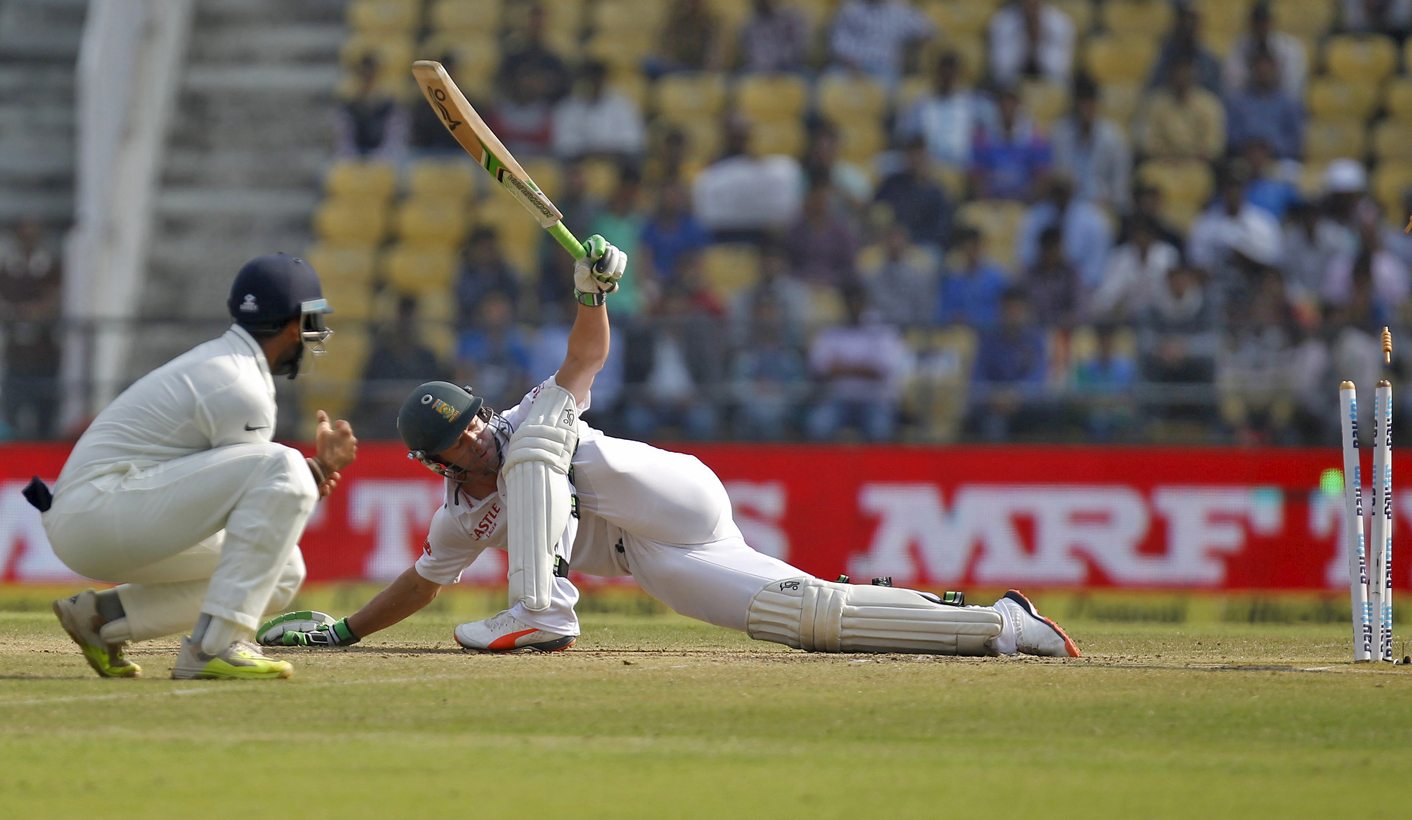 The Nagpur pitch, which had observers and the South African team in a spin, has officially been deemed poor by the match referee. The Board of Control for Cricket in India (BCCI) have 14 days to respond and could face a hefty fine. By ANTOINETTE MULLER.

No matter which side of the fence you were on during the third Test between India and South Africa, everyone can agree that the wicket was dodgy as hell. Yes, it wasn’t a 79 all-out wicket, and South Africa should have done much better in their first innings, but the pitch was genuinely bad. Thus, it comes as no surprise that the surface has officially been rated “poor” by match referee, Jeff Crowe. The report by Crowe detailed concerns raised by the match officials. The BCCI have been given 14 days to respond.

The irony of the pitches which have been prepared is surely not lost on anyone considering India’s reaction to wickets during the ODI series. It was just a few weeks ago where India’s team management was accused of abusing the curator at the Wankhede in Mumbai, when India lost the ODI series. According to reports, India’s team management had requested a slower wicket for the series-decider in Mumbai, and had even gone so far as to allegedly request the curator to water the wicket on the eve of the match.

South Africa’s Faf du Plessis quipped in return that he’s “sure they wouldn’t be complaining if they were winning” and so, here we are. A wicket which was dodgy, where no batsman scored more than 40, and where the average innings total was just 160-odd has caused much outrage.

The Nagpur pitch was heavily criticised by former players while South Africa’s Hashim Amla called it “the toughest four days of his career”. Yes, South Africa’s application should have been much better, and the pitch is certainly no the only excuse for their failings, but the report from the ICC sure puts a spanner in the works, especially considering how staunchly Indian captain Virat Kohli and team director, Ravi Shastri, defended the track. There is an argument for the fact that quick and swinging wickets are praised while turning wickets are lambasted and Shahstri rightly pointed it out.

“Which rule tells me that a ball can’t turn on day one? Where does it tell me in the rulebook it can only swing and seam?” Shashtri had asked.

The answer is in the ICC’s pitch assessment guidelines which states the following:

“There is nothing wrong with a pitch that affords some degree of turn on the first day of a match though anything more than occasional unevenness of bounce at this stage of the match is not acceptable. It is to be expected that a pitch will turn steadily more as a match progresses, and it is recognised that a greater degree of unevenness of bounce may develop.”

The wicket turned square from day one, something which has been deemed “excessive” by the match referee. The pitch assessment guidelines also state that a pitch will be deemed poor if the following occurs:

a. The pitch offers excessive seam movement at any stage of the match

b. The pitch displays excessive unevenness of bounce for any bowler at any stage of the match

d. The pitch displays limited carry, low bounce and no seam movement or turn at any stage in the match, thereby not only depriving the bowlers of a fair contest between bat and ball but also, due to the lack of carry and bounce, not being conducive to good shot making.

The last point is perhaps the most pertinent. While South African certainly have themselves to blame for some of their wickets, the ball did often appear to stop dead before it could be played, even in the early stages of the game. Mohali, which hosted the first Test, was also criticised but wasn’t nearly as bad as the wicket in Nagpur.

The ICC will now await the BCCI’s response, after which a further investigation will be done where all evidence, including video footage, will be considered. If the pitch is deemed poor, a penalty will be imposed, likely to be in the region of US$15,000.

The sport’s governing body does, however, have to exercise caution in slapping this fine on the BCCI. In the first ever day-night Test recently played between Australia and New Zealand, there was swing from day one, too, with the highest innings total being just 224. It can be argued that this was largely down to the pink ball used, but considering the fact that there does always seem to be more room for manoeuvre when it comes to criticism of green tracks that favour fast bowlers, it’s a fine line to toe. DM