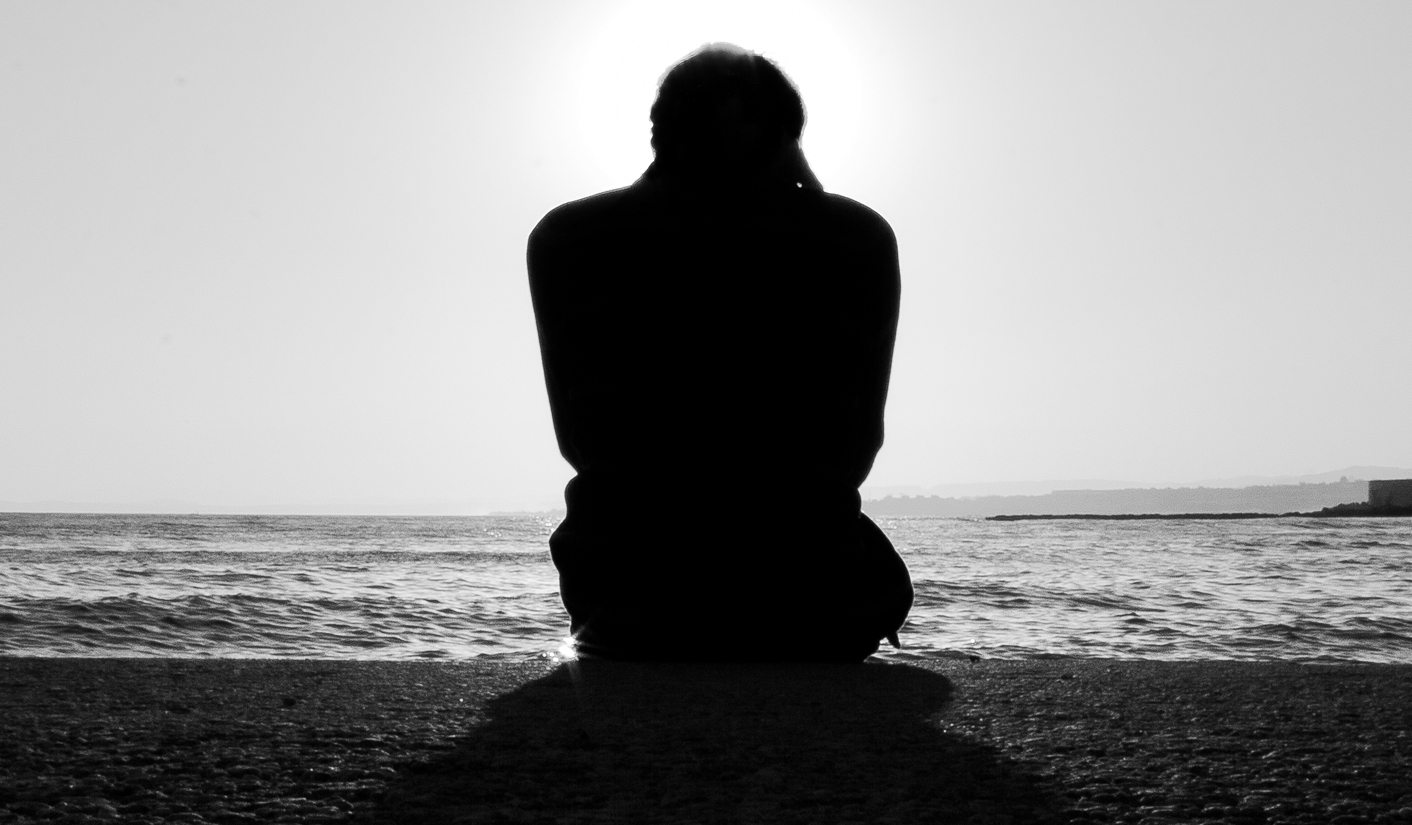 No one knows how many South Africans are living with Hepatitis C, but the virus affects everyone from injecting drug users to suburban housewives. For decades, treatment has been priced out of reach and largely unsuited for those living with HIV. Now, South Africa has received its first shipment of a new wave of cheaper, faster and better Hepatitis C medicine and has HIV activists to thank for it, write LAURA LOPEZ GONZALEZ and KYLA HERRMANNSEN for HEALTH-E NEWS.

Amid the jacarandas and high-rise flats in a Pretoria neighbourhood stands an abandoned nursery school. Next to a body asleep on a threadbare mattress, and amid the litter, a used needle glints in the sun. Four men in a white car approach, luring people out of the building one by one, but it’s not the promise of more drugs that brings them out into the harsh midday sun – it’s the promise of clean needles.

One clean needle for every used needle handed in – that’s the deal as part of the Step Up Project’s weekly needle exchange project. As the building’s residents count their used needles into a medical waste bucket and receive new needles, a project nurse coaches them through how to inject safely.

“People are going to use drugs,” says Step Up Project Tshwane Coordinator Nelson Medeiros. “It’s a reality – it’s not going away tomorrow. While it’s not going away, people need to have access to information and commodities to be safer.”

The Step Up Project is one of only a handful of organisations providing South Africa’s estimated 67,000 injecting drug users with clean needles. People who inject drugs are at a higher risk of HIV mostly because they may share needles. The HIV prevalence among this group in South Africa is about 19 % – almost twice the national average. They are also at a high risk of contracting Hepatitis C, a virus contracted via contact with infected blood. Hepatitis C attacks the liver and, if left untreated, can be deadly.

The World Health Organisation (WHO) estimates that up to 150 million worldwide have Hepatitis C, and about 500,000 will die from the virus each year. No one knows what the Hepatitis C prevalence is among South Africa’s injecting drug users or the country, in general, but a small 2013 Step Up Project survey found a higher prevalence of Hepatitis C than HIV among the group.

But the disease does not have to be a killer. Medication can cure about 90% of people with the virus, but for decades has been too expensive, and too poorly tolerated, especially among those living with HIV, for many. Now, prices for new, faster and easier medications are dropping, and South Africa is ramping up access to treatment. On the eve of World AIDS Day, patients living with Hepatitis C can owe many of these gains to the fight for affordable HIV treatment that began in places like South Africa more than 15 years ago.

Dr Mark Sonderup works in the liver clinic of Cape Town’s Groote Schuur Hospital as part of the University of Cape Town’s Hepatology Division. According to Sonderup, the stigma around Hepatitis C is worse today than that around HIV.

“My sense is that people would find it easier to tell people that they have HIV then Hepatitis B or C, and it’s because people do not know enough,” says Sonderup “They think it’s this disease you get by touching people. (The level of stigma) is really where we were with HIV in the ’90s.”

Stigma is also fuelled by myths that Hepatitis C is a disease solely of drug users, and that it is something of a sexually transmitted infection. Sonderup’s typical patient, Thando* is an average upper middle-class housewife. She shops at Woolworths, goes for drinks with friends, and her youngest child recently graduated from varsity. She’s never done any drugs except for maybe the occasional joint in college. Thando cannot understand how she could have ever contracted Hepatitis C.

Sonderup’s patients run the breadth of the rainbow nation. Women like Thando not only often come through his office, but also send him frantic emails from across the country wanting to know how someone who has never shot up could contract the virus. But Thando had a post-partum haemorrhage when she delivered her baby in 1989 and, like many mothers, needed a blood transfusion. Blood donations in South Africa were not built to detect Hepatitis C until about a year later, in 1990 – about a year after Hepatitis C was formally identified. Thando and scores of other women her age in South Africa are likely to have contracted the virus during blood transfusions.

Access to hepatitis treatment in South Africa remains limited due to a combination of patent, registration and cost barriers, according to Catherine Tomlinson, policy and advocacy researcher for the international organisation Médecins Sans Frontières. For drugs like ribavirin, patent protection extending to 2024 will continue to block the entry of cheaper, generic versions into the country.

Others Hepatitis C treatments like sofosbuvir, simprevir and daclatasvir are not even yet registered for use in South Africa yet, says Tomlinson, who adds that sofosbuvir is only available through Section 21 applications via the national drug regulator, the Medicines Control Council. These applications allow doctors like Sonderup to apply on a per-patient basis to the regulator for access to medications not yet registered in the country based on a patient’s medical need. Tomlinson described these applications as onerous. For Sonderup, who just a year ago penned an opinion piece billing Hepatitis C as a disease that is only cured in the rich, the country’s expanded access programme for newer and better treatments is a start.

“There is an absolute revolution in the treatment of hepatitis C,” says Sonderup of the recent shift from a harsh, almost year-long treatment that cost about R120,000 to newer shorter course that can cure most in just three months. From a virus discovered in 1989…to 25 years later virtually being able to cure everyone with a short course of treatment is bloody amazing – this is what we should be doing with HIV.”

Pharmaceutical giant Gilead Sciences is allowing the importation of new, fixed-dose combination treatment, Harvoni, into South Africa with preferential pricing for the public sector although the drug is by no means cheap. Private healthcare providers can access the drug for one-tenth of the cost for which it is offered in the United States. For public sector patients, 12-week course with a 98% success rate is available at just one one-hundredth of the US price, but may still cost about R17,000 for a 12-week course.

“It’s becoming affordable but it’s not cheap,” Sonderup says. “The fight going forward will be to make it more affordable and increase access and that’s not just about South Africa – that’s in the entirety of sub-Saharan Africa.”

A recent study published in the WHO Bulletin found that six out of 20 large pharmaceutical companies were developing new Hepatitis C medicines, but only Gilead was found to be engaging in strategies to license and price drugs to increase access. However, the study noted concerns about a lack of evidence that the company was considering the affordability of its products. As hepatitis C patients and doctors continue to fight for cheaper medication, they stand on the shoulders of HIV activists.

“I am grateful to my HIV colleagues who fought the fight around affordable medicines and access to care because that principle s now well established around the world,” says Sonderup. “That generation of activists did the hard work for us, but the fight doesn’t stop there. It’s time we started taking this seriously.”

There are signs that South Africa is beginning to take Hepatitis C seriously. The Department of Health and WHO are currently drawing up the country’s first national hepatitis treatment guidelines. South Africa will also soon become the first sub-Saharan African country to participate in a clinical trial of a new Hepatitis C medication by pharmaceutical company AbbVie.

While the country has no screening programme for Hepatitis C, a 3,500-person study into Hepatitis C prevalence at about six sites nationally, is set to start next year. The 18-month study will look at Hepatitis C in high-risk populations like sex workers, men who have sex with men and injecting drug users. The Step Up Project will help to run the survey alongside its current outreach programme, which distributes almost 5,000 clean needles each week to people like John*.

“I’m not going get sick because I’m negative,” says John who was recently tested for Hepatitis C. “Now, I’m safe because I’m getting a new (needle). I’m safe – always.”

More than three decades into South Africa’s HIV epidemic, HIV stigma still haunts us, but for those living with Hepatitis C, fighting back against the myths and stereotypes about the disease is a fight that they have not even begin to wage. It is a fight to be treated like a person – not a disease.

“Regardless of your behaviour and what you are doing, you’re human,” explains Step Up Project Tshwane Coordinator Nelson Medeiros. “By giving someone a clean needle you reduce the risk of the individual, the load on the system and of the community at large,” he says. “It’s your constitutional right to access (health care) services. That’s what we’re always trying to stand on – people are people.” DM