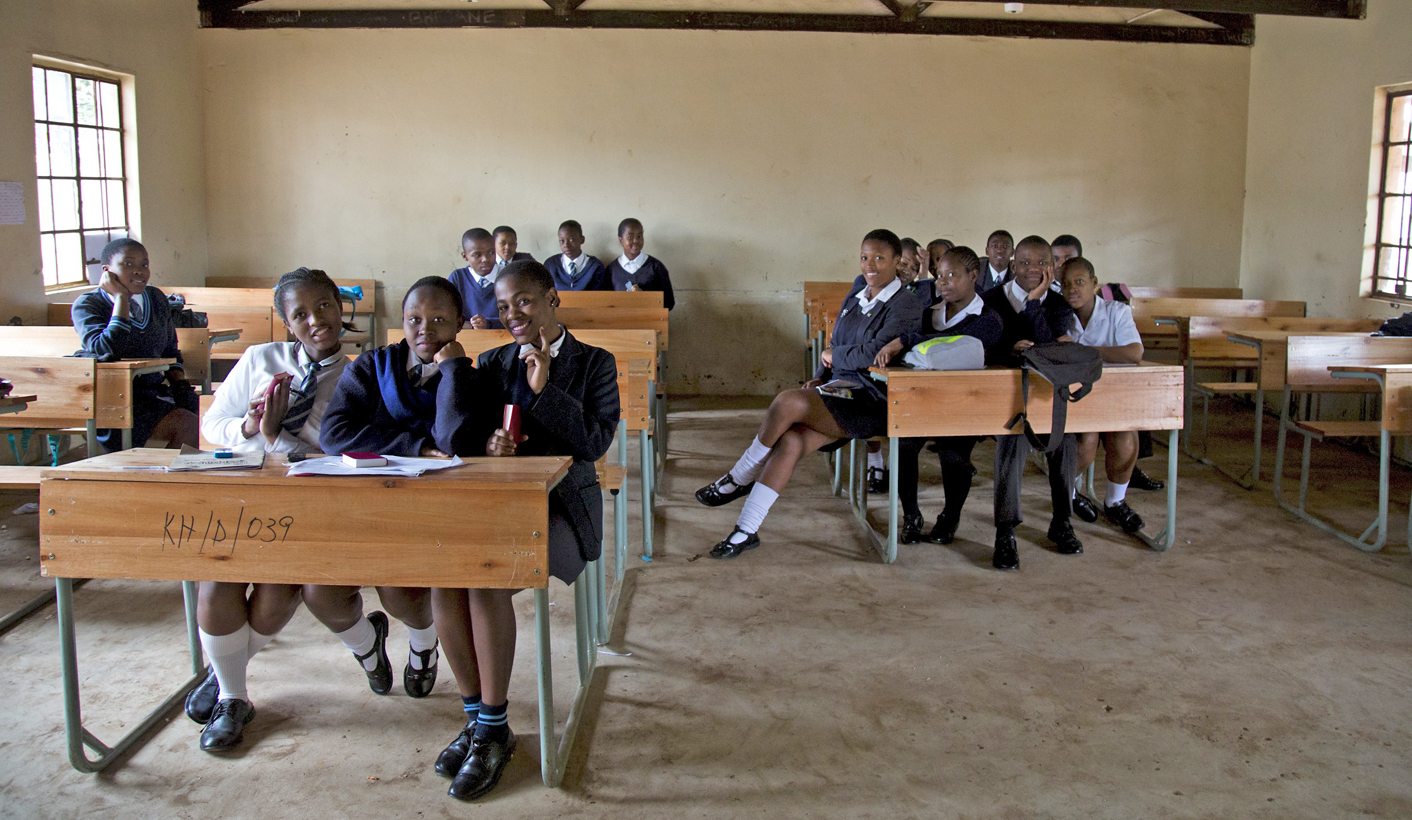 The state admitted at the appeal hearing that in the case of delivery to learners in Limpopo in 2014, its failure to deliver was not because of budgetary constraints. It also admitted that “every child should have a textbook”. So why did it appeal? By KATE PATERSON for GROUNDUP.

SECTION27 has been engaging with the Department of Basic Education (DBE) about the ongoing textbooks crisis in Limpopo since early 2012. There have been four high court orders saying that the state’s failure to give learners their full complement of textbooks is a violation of their right to education. Tuesday was the fifth time this matter has been in court. This time an appeal was brought by the DBE, the Limpopo Department of Education and other state entities against the judgment handed down in favour of Basic Education for All (BEFA) and others last year.

The 2014 judgment required full delivery of textbooks to all schools in Limpopo – one textbook per subject for each learner. The state said that this order expected “an impossible standard of perfection” to which it should not be held.

Justice Mahomed Navsa said that he “has difficulty with the stance adopted by government” in the appeal and that it “befuddles” him that the State is appealing the matter at all. The State argued that the right to education, though unqualified, is still a socioeconomic right and needs to be considered within the socioeconomic rights context. This would make the right progressively realisable within the state’s available resources and over time according to a reasonable plan for fulfilment of the right. But asking for a standard of progressive realisation contradicts all of the precedent and jurisprudence on the right to a basic education. BEFA’s senior counsel, Advocate Wim Trengove, said the state must fulfil the right immediately for every individual in South Africa.

One should bear in mind what the deliverables are in this case. They are textbooks that have been prescribed as part of a curriculum devised by the DBE that was implemented in 2012. They are designed to be used by one person, to assist learning and teaching in the classroom and to be taken home for study. They are designed to compensate for teachers’ insufficient knowledge of the curriculum.

“All that is being asked of government is that it properly plan and budget for its own policies.”

The schools need to place orders with the provincial department towards the end of the previous school year and the department needs to ensure that they are delivered in time for the beginning of the teaching of the curriculum. In planning for delivery, the department needs to keep in mind that learners may lose books, despite a five-year retention policy. It needs to keep in mind that learners sometimes move before the new school year, and there needs to be some flexibility to account for the migration of learners. The variables are relatively predictable and most are controllable. This is not a complicated matter. It has been achieved in other provinces in South Africa and other countries in the SADC region, like Swaziland. This is straightforward service delivery, and getting it right has a massive affect on learning outcomes.

It is also in line with a number of the DBE’s own policies. For example, the “Action Plan to 2014”, which was published in the government gazette in 2012, requires the departments of education to “Ensure that every learner has access to the minimum set of textbooks and workbooks required according to national policy.” This is echoed throughout the DBE’s management plans.

What is being asked of government is not, as it argues, “a standard of perfection”. Rather, that it properly plans and budgets for its own policies. Once the state has decided on the content of the right, it needs to deliver on that content, and it needs to deliver equally. The failure to do so results in massive inequality that inevitably affects the poorest learners, almost exclusively black, like those in rural Limpopo. Justice Carole Lewis said the right to a basic education is an individual right and even if 98,5% of learners have textbooks, the rights of the remaining 1,5% are still violated.

The learners who are most affected are learners who cannot afford to buy their own books, and who cannot afford transport to travel to other learners that could share books with them. These are the learners who are most likely to go to schools where the shoddy infrastructure makes the learning environment uncomfortable and, often, unsafe. As with other services unequally distributed by the state, what happens where textbooks are delivered to some and not others is that the poorest children become further marginalised and less able to progress in life with the dignity to which they are entitled. This has the added effect of condemning entire families, most of whom depend on the upward mobility of their children, to not achieving the revolutionary aspiration of a better life for all. The state admitted at the appeal hearing that in the case of delivery to learners in Limpopo in 2014, its failure to deliver was not because of budgetary constraints. It also admitted that “every child should have a textbook”.

So why did it appeal?

As Justice Navsa recommended to them at the hearing, why didn’t the state just say, “We’re sorry, we messed up, you’re right” and get learners their textbooks?

Perhaps the reason is because textbooks shortages are not limited to Limpopo. Perhaps the department anticipates, as we do, that there will be serious shortages in KwaZulu-Natal and the Eastern Cape next year. It may recognise, as we do, that the data it relies on for schools in Limpopo is heavily flawed because of a massive failure of the department’s management system. But we cannot have come to a point where we throw its hands up and says that the delivery of this very basic component of education is “an impossible standard of perfection”. We need the state to stop wasting its resources in appeals like this case and set about providing learners with the education to which they are entitled.

One can only wonder how much has been spent on the state’s advocates and attorney fees in five rounds of litigation. Money that could be better spent on giving Thabo Rasemana, Respect Rhikhotso, and thousands of other learners in Limpopo a better chance of a better future. DM

Kate Paterson is an attorney for SECTION27.

Photo: A 12th grade class at Khabazela High School pose for a picture in their classroom in eMbo, west of Durban, South Africa, September 23, 2015. REUTERS/Rogan Ward.