The Trial and Tribulations of Tim Noakes, Day Two 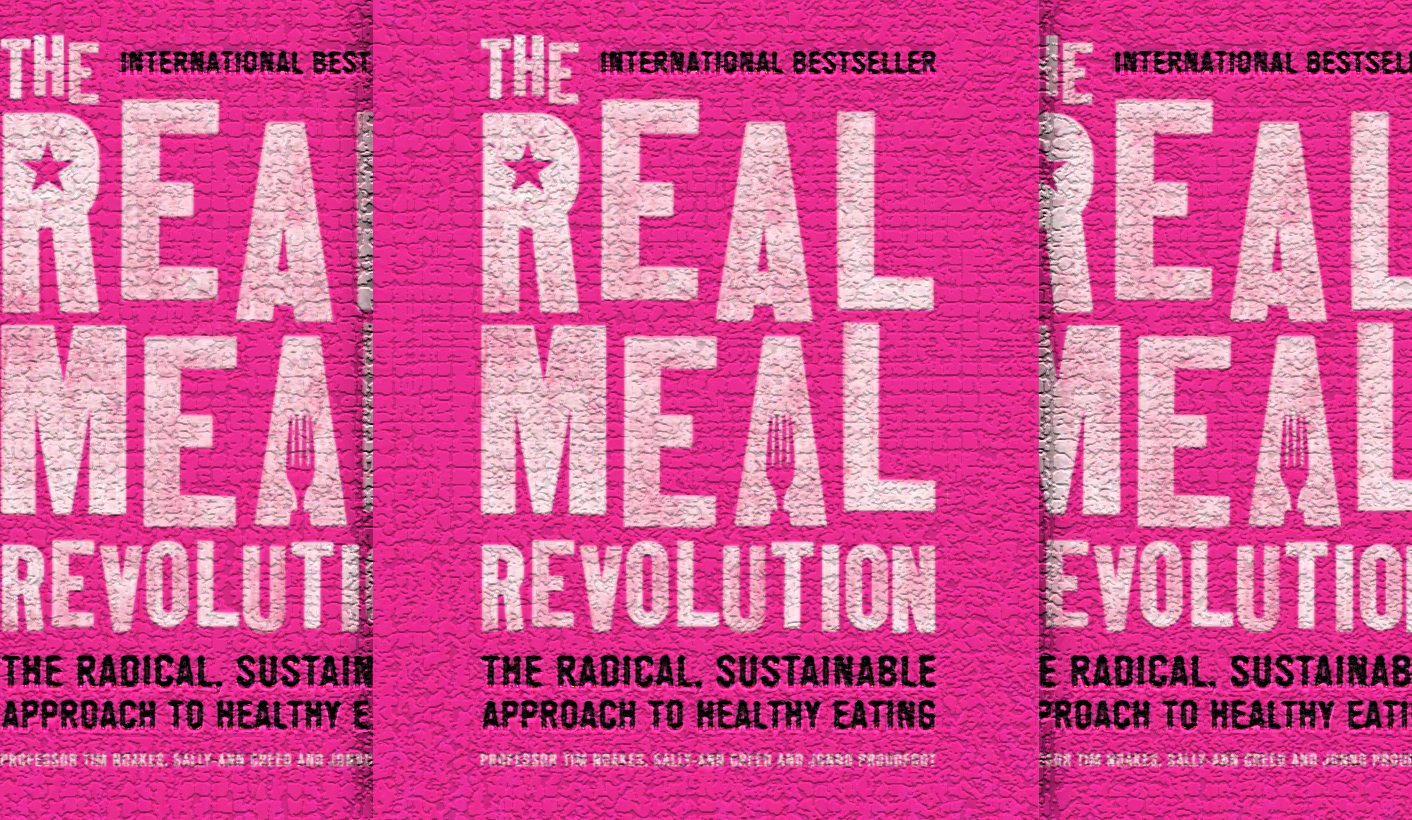 The second day of scientist Tim Noakes’ professional misconduct hearing saw two witnesses give evidence against Noakes and his controversial Banting diet. But the professor is not taking it lying down: his legal team subjected Noakes’ complainant to a gruelling cross-examination, including the implication that she might have financial ties to cereal companies. By REBECCA DAVIS.

On day two of Tim Noakes’ Health Professions Council (HPCSA) hearing, fewer of the professor’s red-t-shirted admirers turned out to show their support. Those who did, however, had more to eat: The second day saw Team Noakes bring in custom-made Banting snacks, as an alternative to the conference venue’s carb-laden muffins and biscuits.

With most of the procedural parameters set out on the previous day, the council was able to hear protracted testimony for the first time. In the hotseat for most of the day was Claire Julsing Strydom, a dietician who is the former president of the Association of Dietetics in SA (ADSA). It was Strydom who was responsible for laying the original complaint with the HPCSA over Noakes, after she saw him dispense information on Twitter about how to wean an infant onto his trademark low carbohydrate, high fat diet.

There must have been a few moments during Tuesday’s hearing when Strydom began to regret having laid her complaint, because she was given a thorough going-over by Noakes’ advocate, Michael van der Nest. The tone of the hearing did, indeed, begin to resemble the criminal trial that Team Noakes has framed it, with Strydom having to take a break at one stage to compose herself mid-grilling.

Despite the fact that Strydom works as a dietician, she was repeatedly instructed by council chair, Joan Adam, that she could not respond to questions with reference to her own expertise on the subject, but merely by giving her “opinion” – because she hadn’t been listed as an expert witness. A typical exchange went something like this:

Strydom: “We have paediatric guidelines around infant nutrition. Noakes’ tweet did not align with those public health messages.”

Chair: “According to you.”

Strydom: “According to me, a low carb, high fat diet is not suitable for a young infant.”

Much of the to-and-fro between Strydom and Noakes’ lawyers centred on whether Noakes was subject to the usual regulations around doctor-patient consultations when he gave advice on Twitter. Strydom said that – in her opinion – Noakes had contravened the proper protocol for medical consultation, because “information transferred electronically by health practitioners constitutes consultation”.

Van der Nest argued that Noakes could not have been said to have been dispensing advice to a “patient”, because Noakes would not have considered the Twitter user who asked for advice as his patient. The advocate pointed out that Strydom had jumped on to the Twitter exchange, and advised the woman to contact Strydom instead for evidence-based information about infant nutrition. Did Strydom then consider her to be her patient? No, Strydom conceded.

Noakes’ advocate argued further that Noakes’ Twitter profile does not specify that he is a doctor – so the person tweeting at him was not looking for a free medical consultation, but simply directing a tweet at a known advocate of the Banting diet. “Noakes states his belief [on Twitter], and leaves the floor open for comments,” van der Nest said.

“The crux is that you think you have a monopoly on free speech,” van der Nest suggested to Strydom. She denied that this was the case.

The advocate also put it to Strydom that she resented the fact that Noakes was an influential public figure who was suggesting that conventional nutritional consensus was open to question. Strydom insisted this was not the case. “Professor Tim Noakes is a trusted medical practitioner. He is highly regarded. People think what he says is 100% true,” she said. She also stated that dieticians were glad that the ongoing discussions around the Banting diet had raised public interest in nutrition, and said that South African dieticians were experiencing increased appointments as a result.

Van der Nest hinted that there may have been some collusion between the HPCSA and the Association of Dietetics of South Africa to bring Noakes to the inquiry. He then pointed out that ASDA’s major funders included huge (Banting-unfriendly) cereal producers like Kellogs and ProNutro. Strydom denied any improper influence.

The second witness to be called for the day by the HPCSA was Esté Vorster, a public health nutritionist and retired professor from North West University, who was asked by the HPCSA to prepare a report on the matter. Vorster said that among the issues she considered were: Whether Noakes’ advice was accurate for breastfeeding mothers and babies; whether Twitter was a suitable medium on which to dispense medical advice, and a general appraisal of the validity of Noakes’ response.

Vorster said that in order to give proper nutritional advice to a breastfeeding mother and her infant, a detailed conversation would be necessary. The mother should be questioned on what her weight was, her usual diet, and whether other things were present in her diet which might present difficulties to the health of mother or baby.

She said nutritionists would not generally use terms like “low carb, high fat” because what they would recommend would be a balanced diet with sufficient amount of fibre. “It is the task of a dietician to translate this into food that is affordable, acceptable and available to their client,” Vorster said. In her opinion, the breastfeeding mother in question should have been referred to a qualified dietician.

With regards to Noakes’ advice that the baby should be weaned on to a low carb, high fat diet, Vorster pointed out that Noakes had given his advice without any indication of the baby’s age, whereas it was accepted globally that best practice was exclusive breastfeeding up to 6 months old. She added that there was no evidence available on the effects of a low carb, high fat diet on babies.

In general, Vorster said, a ketogenic (low carb, high protein) diet should only be prescribed under medical care, because it can be effective in treating conditions like epilepsy. She added that a low carb, high fat diet had a greater chance of being deficient in essential nutrients compared to the balanced diet a dietician would prescribe.

“[Medical practitioners] should do no harm,” Vorster said. “So even if you’re not sure it will do good, one must be convinced it will do no harm.” But she said it was only possible to come to this conclusion by referring to evidence-based studies over a long period – which are not currently available to test the effects of Noakes’ Banting diet.

Vorster’s conclusion was that Noakes had acted in an “irresponsible and unprofessional” way by giving advice on infant nutrition in the way that he had. She added that she considered Twitter an “unfortunate” medium on which to dispense medical counsel. Noakes again appeared to be in good spirits throughout the day’s testimony, occasionally smiling wryly or shaking his head. On Wednesday, Vorster will be put to the test of cross-examination from his high-powered legal team. DM