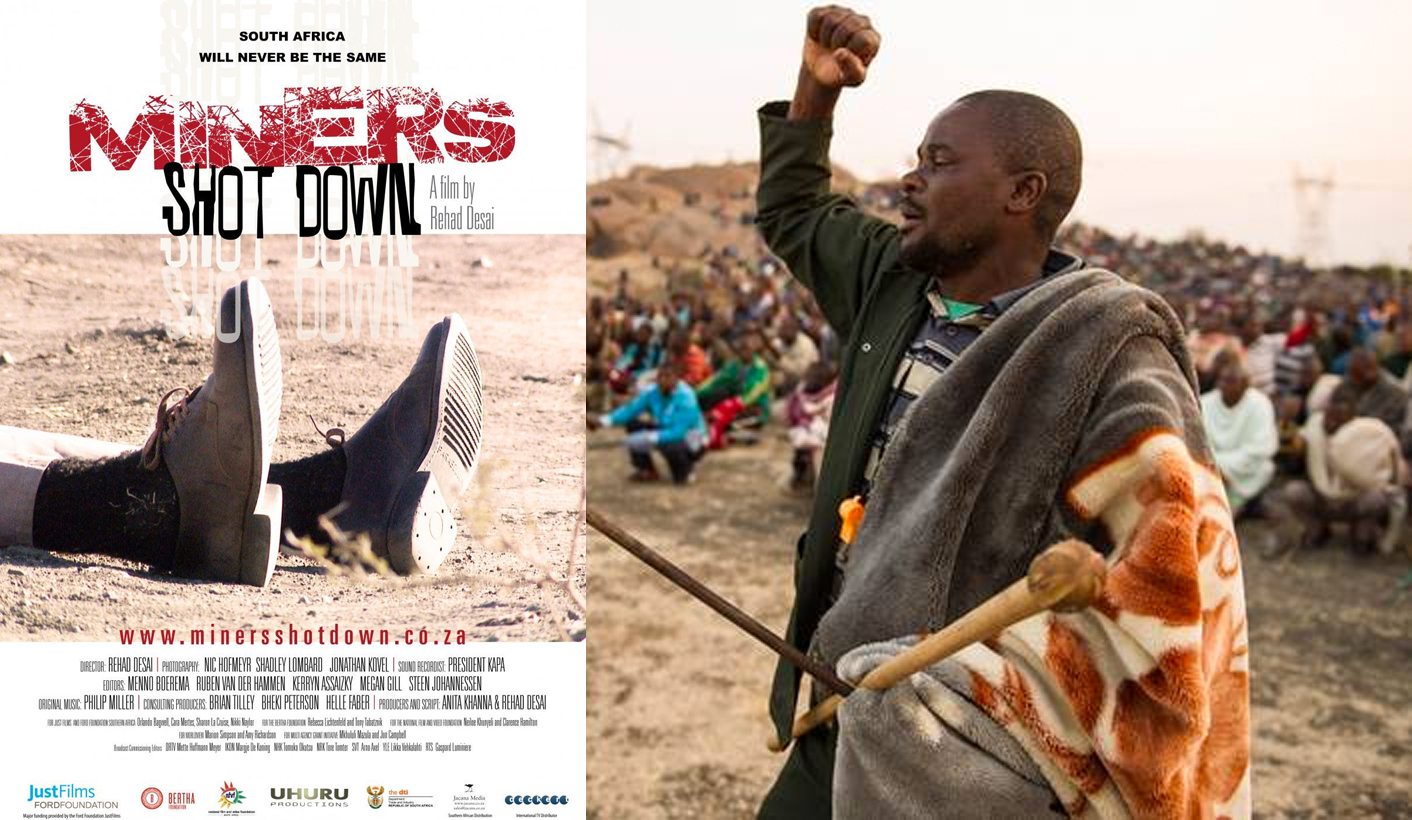 South Africa is often a contradiction. A documentary on the Marikana Massacre can win an Emmy, but won't be shown on public television. The families of the victims who are at the heart of the story can be venerated, but they still haven't received compensation. It's time these contradictions end. Miners Shot Down must be aired on public TV, and the country must come to terms with its past, which is still its present.

Airing Miners Shot Down is not about supporting an opinion. Rehad Desai’s 2014 documentary is painful to watch. Featuring interviews with key characters and footage from the scene, it charts the week leading up to 16 August 2012. Miners explain why they were striking for a living wage and how the situation got so violent. Those who went to Marikana describe their attempted interventions, the missed chances to end the bloodshed. Those who came later describe what they found. Overshadowing the film is a narrative of South Africa, how little has changed for exploited, black workers and how brazenly former leaders of the struggle and big business continue the exploitation.

The reason appears to be political. Last year, when I wrote on why the public stations are reluctant to air the documentary, e.tv said it could not reach a commercial agreement with the filmmakers (a statement Desai refuted), and referred to eNCA’s own Marikana documentaries. An SABC employee who suggests content for the public broadcaster said her team liked Miners Shot Down and sent it to SABC2. Desai was told by SABC there were not any slots available until 2015. At the time, the public broadcaster’s website said its three channels have an audience of 30 million people a week and 86% of adults watch SABC TV.

Why would these stations, who reach the majority of the population, not show an award-winning documentary on the biggest post-apartheid massacre of civilians by police? The administrative responses don’t add up. It’s much more likely the stations are scared of screening a documentary that is critical of certain ANC leaders over a highly contested issue. The Miners Shot Down director is an active member of the Marikana Support Campaign, which has been active in supporting the families of the miners, and calling for charges against key politicians and Lonmin executives.

It’s easier to ignore a documentary critical of politicians, police and business than air it and deal with the ramifications. Amazingly, however, even the ANC on Tuesday congratulated Miners Shot Down. “As we congratulate and celebrate this historic victory, the ANC encourages South African voices to continue telling the story of South Africa, as difficult as some episodes of it may be and with all its trials and tribulations,” said a press release from party spokesperson, Zizi Kodwa.

“It is our strong belief that the arts, and the film industry in particular, is an important voice in the definition of a South African narrative by South Africans themselves. This is a key component of building a united nation, learning from its past and charting an even more progressive future characterised by social cohesion and inclusion.”

Without getting into the history of accusations against the ANC over Marikana and its response, the statement may look hypocritical. But it is important to note that the Presidency has followed the Marikana Commission of Inquiry’s recommendation on holding an inquiry into National Police Commissioner, Riah Phiyega.

If the ANC truly believes South African narratives are important and the arts can lead to unity, it must now follow the calls of other parties and demand that Miners Shot Down be aired on public TV.

But this is just one contradiction of many. On Tuesday the Democratic Alliance announced it would petition Parliament to establish a compensation fund for the relatives of the victims of Marikana. Over three years since the massacre, after a two-year inquiry, how can one of the key issues for the victims, compensation, remain unsolved? The Presidency announced it would enter into negotiations, avoiding a court battle, but so far little has been done.

While politicians diverge, dither, protect their own, and use the Marikana in their election campaigns, a key problem is that the public have little information. Yes, the media have covered the issue. No, it hasn’t done enough. Airing Miners Shot Down is not about supporting opinion. It is about informing the public, allowing people to make up their own minds, weighing up the documentary against other available media, and promoting a a greater focus on a tragedy that was/is Marikana – an event the country has to understand, has to have the information to understand.

As the ANC said, “This is a key component of building a united nation, learning from its past and charting an even more progressive future characterised by social cohesion and inclusion.”

We cannot agree more. It is time the SABC and e.tv share Miners Shot Down with the people of South Africa. DM