The Trial and Tribulations of Tim Noakes 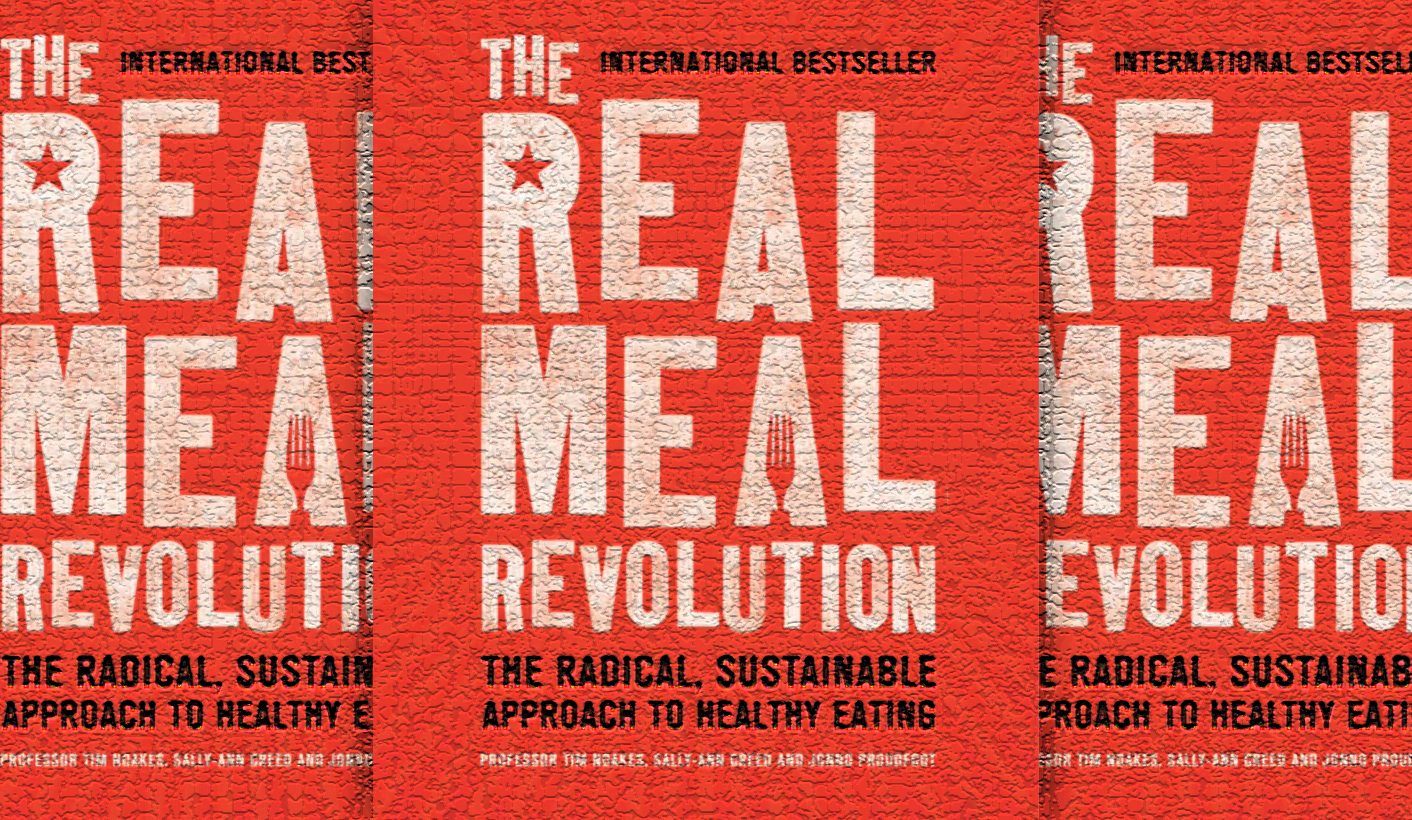 To his admirers, he is a visionary health guru now made the victim of a witch-hunt. To his detractors, he is a once-solid sports scientist who has veered down the path of quackery by pushing his low carbohydrate, high fat Banting diet. This week, Professor Tim Noakes’ views on nutrition will be placed under the microscope as he faces a Health Professions Council hearing over advice he gave on Twitter about what babies should be fed. By REBECCA DAVIS.

As the tall, slim figure strode into a Cape Town conference centre on Monday, there was no mistaking his identity. Wearing his trademark uniform of a suit with trainers, Tim Noakes was greeted by calls of “Prof! Prof!” by his admirers, some of whom punched their fists in the air to show their support.

The Noakes fans had something in common: they wore red. “Red’s the colour,” one explained. She meant that red is the colour of the cover of Noakes’ phenomenally successful Banting diet book, Real Meal Revolution. The average book in South Africa sells under 2,000 copies. Noakes’ publication has sold more than 250,000, at a price of R300.

Published almost exactly two years ago, it is written in the language of emancipation and resistance. “Understanding that conventional wisdom on nutrition fell flat, you opened your minds, cast aside your preconceptions and began testing the facts for yourselves,” it begins. “By sharing your stories and the lessons in this book you are setting in motion a groundswell movement towards a true revolution in the way we eat.”

Unfortunately, not everyone agrees that becoming a Banting devotee is simply a matter of “cast[ing] aside your preconceptions”. Many doctors and nutritionists have expressed skepticism about the science behind the diet, which dictates eliminating most carbohydrates and sugars from meals and filling up on fat. Noakes’ book tells its readers that it is “conditioning” that leads them to feel guilty while tucking into the fat on a lamb chop, and that conditioning must be rejected. Bacon, cheese, roast chicken, butter? Dig in.

It’s not hard to see the appeal of the diet, even though the complete eradication of carbohydrates and sugars from one’s meals is onerous. Noakes and his colleagues don’t even tell you to quit drinking. “You’re a grown-up and how much booze you choose to drink is up to you,” Real Meal Revolution states.

Noakes’ admirers insisted on a photo with the Prof outside the conference venue on Monday. “Sugar and carbs must fall!” one cried as the picture was taken. Noakes was all smiles as he thanked his supporters for coming out. His media people have framed this week’s Health Professions Council (HPCSA) hearing as a “trial”. It isn’t really a trial, though it mimics some aspects: everyone’s lawyered up, witnesses are called to testify, and much of the proceedings are public. But it is already clear that it is in Noakes’ interests to widen the ambit of discussion. “I support Tim Noakes today with the Banting court case,” a fan wrote on the Real Meal Revolution Facebook group on Monday. That’s how it’s being presented, and that’s how it’s being seen: as “the Banting court case”.

The reason Tim Noakes is appearing before the HPCSA is as a result of some advice he gave a Banting fan on Twitter last year. It must, in fact, be quite tedious to be Tim Noakes on Twitter, as people are constantly tweeting at him to provide specific advice on their dietary needs. In this particular instance, a mother contacted him on the social network to ask how the Banting diet could be adapted for babies.

A complaint was subsequently laid with the HPCSA by the president of the Association for Dietetics in South Africa (ASDA), Claire Strydom, who believes such advice was reckless as it was not sufficiently bolstered by evidence. If you listen to Noakes’ most ardent disciples, however, there is something far more sinister behind the convening of the HPCSA’s hearing.

“The vilification of Tim Noakes can only be because Big Food sees him as a threat, and the ASDA is under the influence and are funded by Big Food,” wrote one News24 user darkly.

In reality, however, the person who stands to benefit most from this week’s HPCSA hearing is Noakes himself, who will be given the opportunity to make a public case for his lifestyle plan under the scrutiny of the media. Noakes’ charitable foundation has reportedly benefited enormously from the attention brought by the hearing.

Still, the sense of one man versus the establishment was bolstered on Monday by the statement from Noakes’ own legal team that South African experts are refusing to testify on Noakes’ behalf. Whether you see this as evidence that his science is dodgy, or evidence of the ongoing refusal of the medical world to cast the scales from their eyes, will likely depend on your pre-existing Banting views. The result of it, though, is that Noakes is having to rely on international experts to testify for him, in the form of New Zealand-based dietician Caryn Zinn, and Canadian professor, Stephen Cunnane. Cunnane is an expert in brain metabolism who shares Noakes’ disdain for a low-fat diet. Zinn is a South African-trained sports nutritionist.

The difficulty is that Cunnane is in Canada and cannot come to South Africa for the hearing, though Zinn was present on Monday. Noakes’ lawyer, Michael van der Nest, argued that it was “in the interests of justice” for Cunnane to be permitted to give evidence via video link. The HPCSA’s lawyer, Meshak Mapolisa, disagreed, saying it had never happened before that a witness had been permitted to testify from afar. Mapolisa also suggested that because the witness could not be properly monitored, he might be given unethical information or get into inappropriate conversations if he left his video link testimony to go to the toilet. HPCSA chair, Joan Adams, pointed out that this applied to any witness, including those physically present.

Adams also said that the fact that a witness had never given evidence to an HPCSA hearing via video link before could not be used as a reason why it would not happen in this case. “Times are changing,” she said.

The issue of whether Cunnane could be permitted to testify remotely took up most of the first day’s proceedings, with the council retreating to consider the matter from behind closed doors for several hours, as well as to read submitted documents. It was eventually determined that Cunnane’s testimony would be allowed. Time constraints were such that only the complainant, Claire Strydom, had a chance to briefly address the council on the first day, saying that she objected to Noakes dispensing advice on infant nutrition without knowing any specifics of the baby in question. With that, the day’s hearing adjourned. Noakes’ supporters eschewed the biscuits and muffins set up outside the venue, with the Prof himself only being tempted by a few scraps of cheese. Should he need any cheering up after the first day of his “trial”, Noakes need only turn to Facebook, where admirers were lining up to express their support.

“All the best Prof Noakes, we know you have the truth (and proof) on your side,” wrote one. Another urged: “Prof, may the truth set you free!” DM