Eddie Jones’ flirtation with the Stormers was just bu...

Eddie Jones’ flirtation with the Stormers was just business, nothing personal 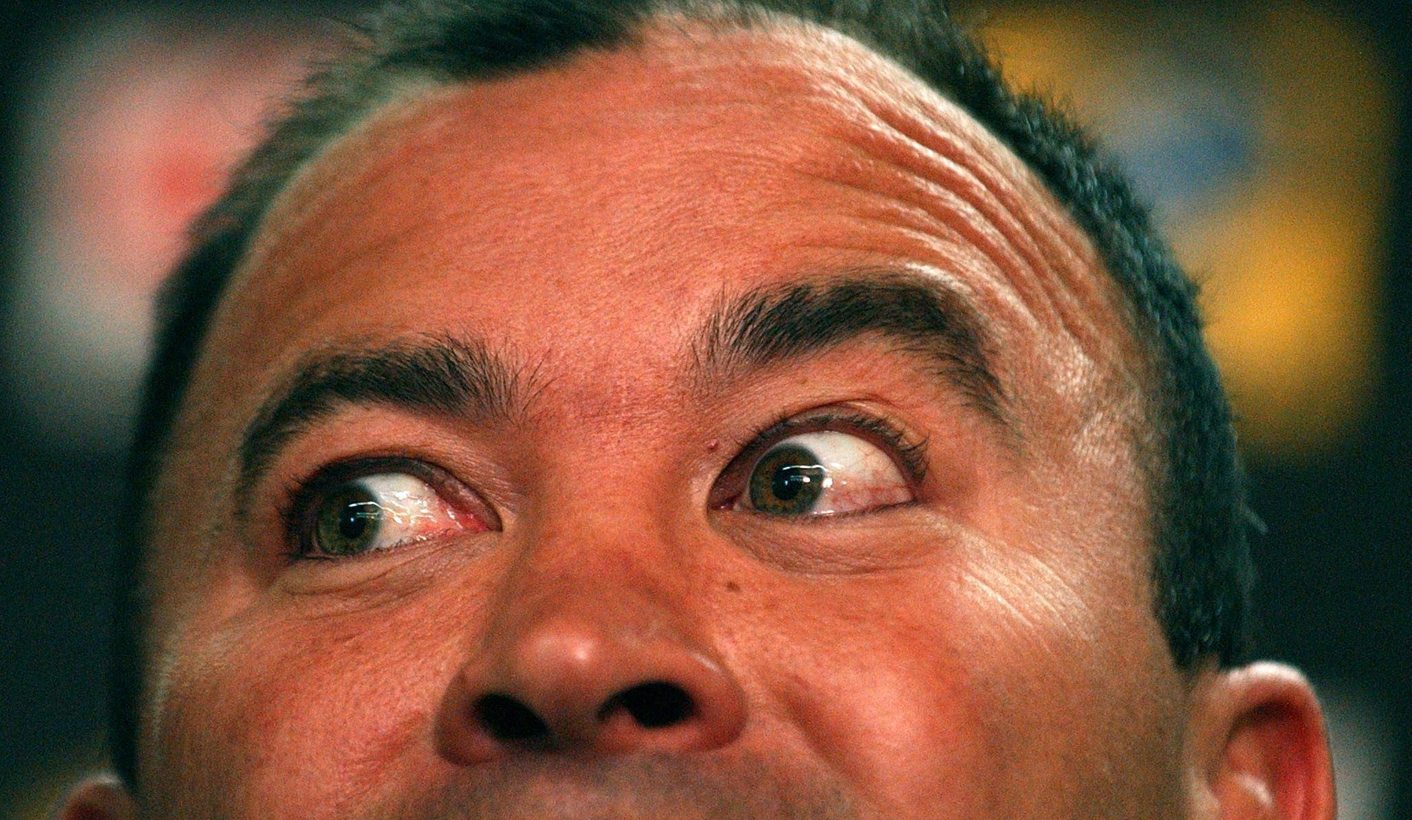 Eddie Jones came and left Cape Town like a tourist, and while it is easy to lambast him for being greedy, it was a sound business decision. Perhaps it tells us something about where coaches value the international game, compared to franchise competitions. By ANTOINETTE MULLER.

Eddie Jones appeared at the Stormers like a cheque that has been wrongly deposited in your account. The brief high of a lucrative windfall soon cut short by the stark reality that it was never yours to begin with. You can try to spend it, but it is only going to cause more upheaval in the long run. Once all the admin has been sorted, all you have left is memories of what such imagined riches felt like.

Even for passive rugby fans, the arrival of Eddie Jones in the fair Cape brought with it a new-found enthusiasm for the striped jerseys. How much of that was on the back of his reputation, nobody will ever know. Still, that “new coach” feeling felt somewhat more intense when the little genius took over the reins. The Stormers have hardly been the whipping boys of South African rugby, but there is just something about a new era that comes with a reputation such as Jones’ that makes you tingle in places you had previously not known existed. And then, just like that. It was over.

England had been gunning for Jones since they embarrassed themselves in their own World Cup. Few thought it was possible, though. England are not exactly known for opting for foreigners to run the upper echelons of private school sport. Having an Australian in charge seemed like it would border on treason for the stiff upper-lips of English rugby. But, here we are. The Stormers are grimacing all the way to the bank after the English had to fork out massive compensation to lure Jones away. But whenever things end as abruptly as a Kim Kardashian marriage, people will be left feeling confused, even angry. With anger, comes the need to blame somebody, something which has not been made any easier by some things Jones had said not long after being appointed.

Jones, who has always talked a good game, admitted that it was a selfish decision. The irony of having said that he “wants to create an environment where players don’t leave the Stormers for big European money offers,” and then left for Europe, would not have been lost on him either. But it does not stop there.

“The Six Nations is a dour affair, and is built on the foundation of not allowing the opposition to score points. On the flipside, the Rugby Championship is all about scoring more points than the opposition,” Jones said in an interview with ESPN just a few days before being lured away by the Rugby Federation Union’s sterling

“The best example is to compare and contrast Italy and Argentina. Italy have been part of the Six Nations for 16 years, and their rugby has basically regressed. Whereas Argentina have featured in the Rugby Championship for four years and their game – in particular their ability and execution on attack – has grown exponentially.”

Ah, poor Jones. At least he is lumped with a sack of money along with all this terrible and dull rugby he has to put up with. But, here is the thing: loyalty in sport does not exist and to paint Jones as a money-hungry traitor is somewhat foolish. He has simply done what any right-minded individual riding a wave of reputational glory would have done. Unlike the players themselves, coaching careers are not quite as short lived, but reputational runs are, and you are only as good as your last coaching gig. That is not to say he would not have had great success with the Stormers, but it is unlikely that he would have been able to haggle quite such a good deal after his tenure with the Cape Town side ended.

It is nothing personal, folks, it is just sound business.

It is probably safe to assume that Jones did it for the money. He obviously does not care much for the Six Nations, and while there is a World Cup to plan for, it is still four years away. Thus, it should bring some introspection for Super Rugby. The competition thinks of itself as rugby’s answer to the English Premier League (of Football), and while it is, to an extent, there is still much room for improvement for the prestige coaches can earn from it.

The English Premier League boasts some of the best minds in the business, and many coaches – if you asked them – would say that they will take a league job at a top team over an international gig, even if the workload is far more. The money might be on par for what is on offer internationally at some teams, but coaches still prefer the glory that comes with leading a team to a title, be that the Champions League or the Premier League. While this might not look too good for the brand of Super Rugby, perhaps it is not such a bad thing for the international game. As the sport continues to expand, players are happy to leave their countries of birth and qualify elsewhere, without a second thought of what this might say about their so-called patriotism.

That rugby’s brightest coaching minds would still take an international gig over a club gig, means that the growing monster that is franchise sport, has not yet completely devoured all the prestige of the international game. DM