A letter from Paris: Fear is the enemy 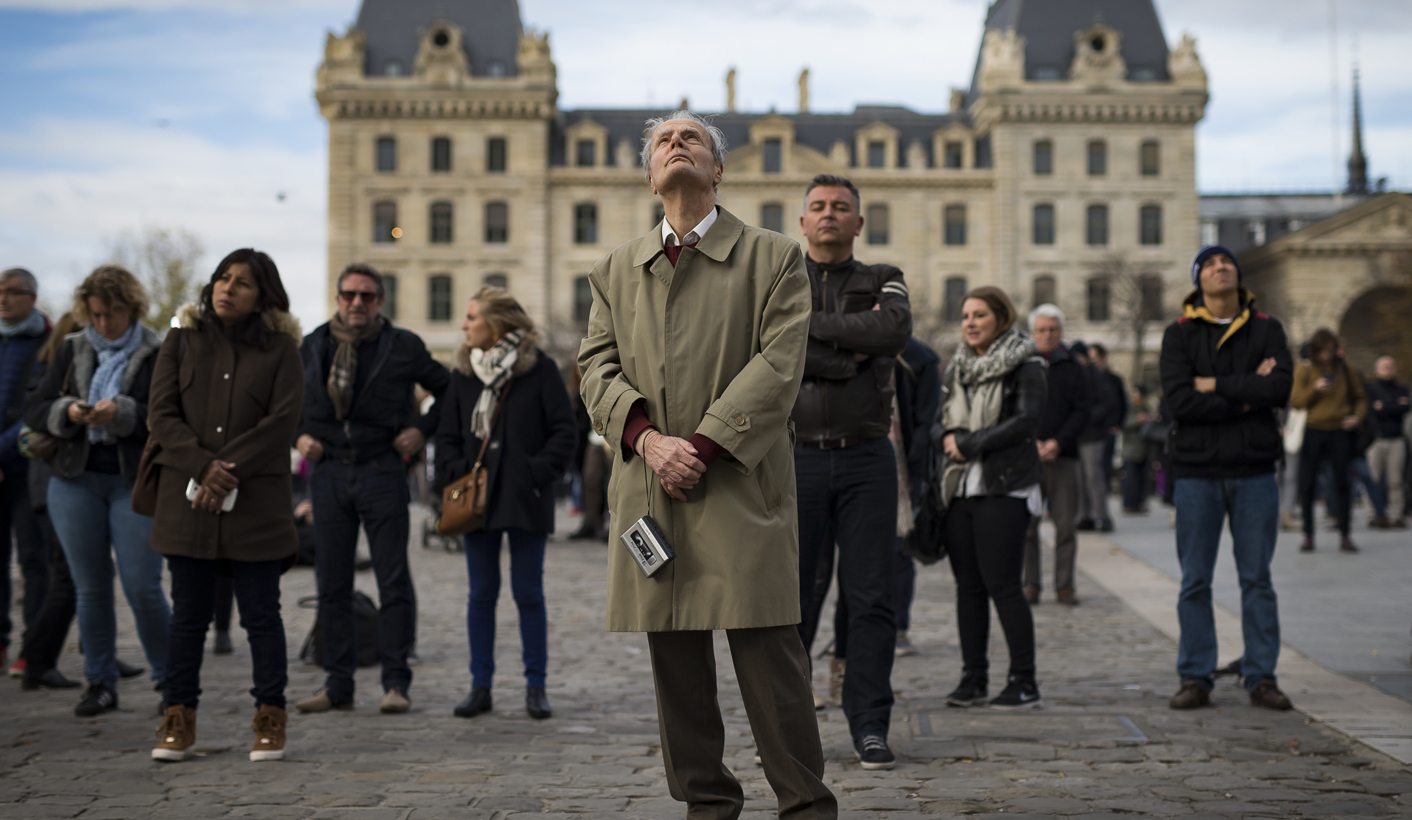 I come from a country where fear has become instilled into the fabric of society. Crime has so robbed many South Africans of a normal way of life that we have forgotten what it feels like to walk down the street of any big city, during the day or night, without a heightened sense of anxiety. This home-grown anxiety slowly seeped out of me in the past three years since I moved to Paris. Not once have I had any assault on my person or has anyone I know been subject to crime. By MARCELLE BALT.

It was a slow week; a slow Friday. By late afternoon I had the dull end-of-week feeling that I was not being productive enough. So I turned down invitations to go out. I will stay home tonight. Maybe I will get going on that blog entry I still need to do. The one on “Who is the enemy?”

This is the title of a conference I will attend in two weeks, and I am expected to prepare a short article. The theme inspired a reply some days earlier. “Fear is the enemy”, the answer rang out in my head. “Who is the enemy? Fear is the enemy.”

I opened my laptop to pin down a few ideas:

Sleep was dragging me down. I’ll finish tomorrow. Some final thoughts:

It’s the degree to which we fear those around us that we are bound ourselves. The fear of other is subtle, and we might not name it as such. We might name it distrust, dislike, or even just misunderstanding, but all of these words point to an aspect of other people that we find different from ourselves. Of course we are all different people and differences between us as individuals and …

I drifted off to sleep on the couch. It was almost 7pm, Friday 13 November.

Around 9:45 pm I switched my phone to silent mode. The battery was very low, but I decided I’ll recharge it in the morning. Minutes later the first call came through. A television channel wanted an interview about 18 people that were shot in Paris. I was unaware of this, and already fast asleep. My phone kept receiving messages and phone calls throughout the night until the battery died in the early hours of the next morning.

I lazily switched on my phone around 8:45 am. 11 hours had gone by. The 11 hours that turned Paris upside down; 11 hours that broke hearts, and families. Those 11 hours during which fear entered the city of lights in a new way.

Worried messages and frantic calls flooded my cell phone screen and filled me with sudden dread. Something must have happened to me that I do not know about. I immediately turned on the television. I saw figures flashing across the screen: 120 people dead in Paris. In my panic and confusion my fledgling French failed me, and I turned to the BBC, while at the same time replying to family and friends. I am fine, I am alive. I slept late.

The nature of fear and terror. I come from a country where fear has become instilled into the fabric of society. Crime has so robbed many South Africans of a normal way of life, that we have forgotten what it feels like to walk down the street of any big city, during the day or night, without a heightened sense of anxiety. This instilled terror is subtle and subconscious. But we would rather drive somewhere than walk, and I will take an extra security fence around my house, thank you very much.

This home-grown anxiety slowly seeped out of me in the past three years since I moved to Paris. Not once have I had any assault on my person or has anyone I know been subject to crime. And this includes a lifestyle of using all public transport late at night, and walking alone in dark streets on my way home. Paris is a safe city. This is one of the many aspects I love about it. During the past three years I could also feel racial prejudice shedding like skin. Strangers in the street were not threats. They were just harmless strangers; often friendly and helpful strangers.

The cosmopolitan mix that constitutes most of Paris is exhilarating and exciting, not dangerous. Did all of this change during the 11 hours that I was safely sleeping in bed, about on kilometre from where 19 people were slaughtered in a restaurant? Did I feel more afraid knowing that a further 110 people were brutally murdered around the city that night? I did not. I did not start fearing the Muslim man at the market who sells me eggs and cheese every Sunday, or the Bulgarian refugee girl that begs at the bakery. I choose to live in a country that is now at war with a radical and powerful terrorist group. This can make me a target because I live here, an unfortunate wrong place, wrong time scenario, but nothing more.

Fear is the enemy. I hope it will not conquer the hearts of Parisians, and instil such distrust and misunderstanding between people that could bring this country to its knees. For, finally, it will not be any outside force that destroys a great nation like France, but our fear of each other. DM

Photo: People gather to hold a minute of silence in front of the Notre-Dame cathedral, France, 16 November 2015. EPA/IAN LANGSDON.