Letter from Istanbul: Life in the time of Erdogan

Letter from Istanbul: Life in the time of Erdogan 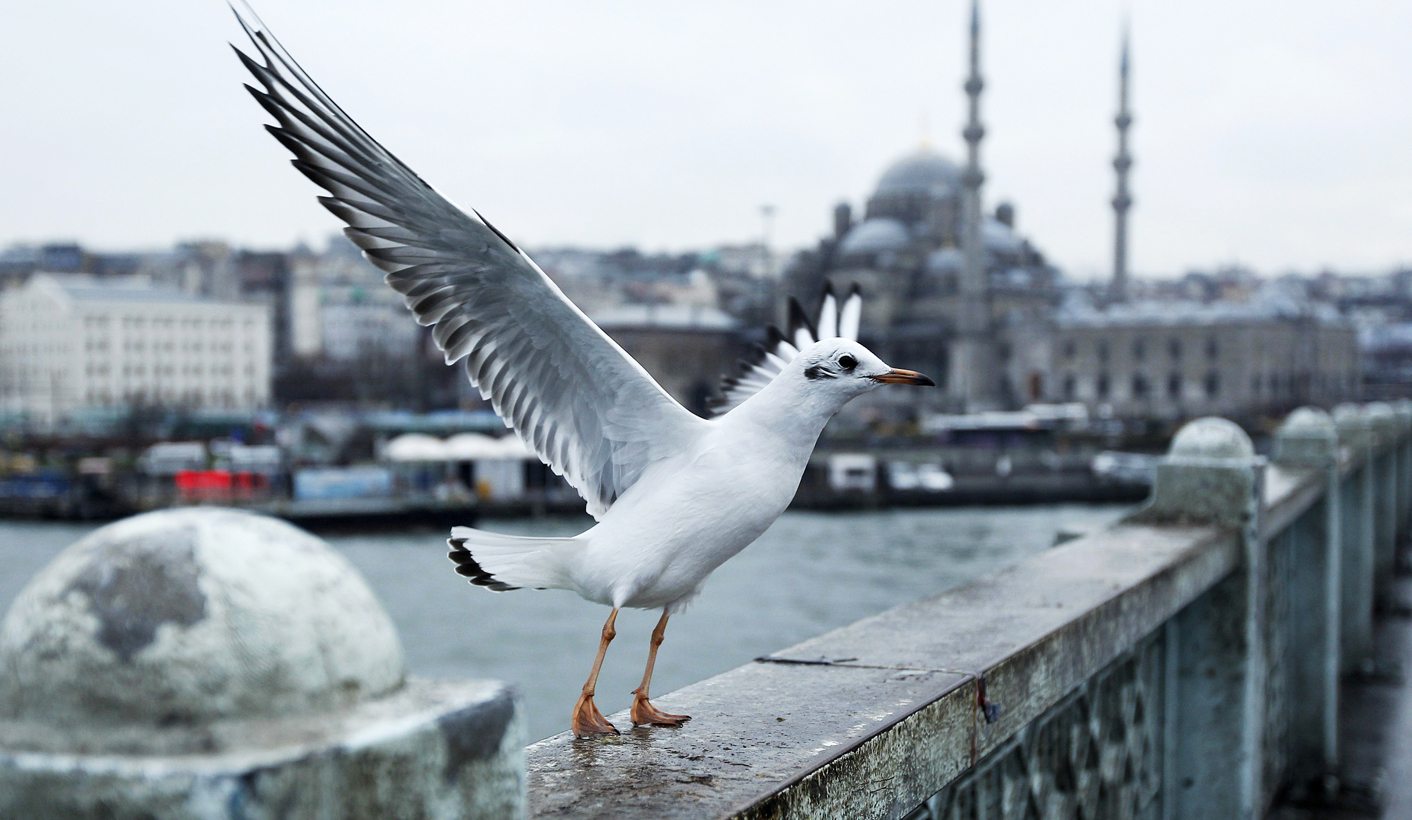 Where east meets west, YVES VANDERHAEGHEN muses on the best the city has to offer, while the world’s leaders ponder the fate of the world at the G20 summit in Antalya, Turkey.

The exuberance of Istanbul does a good job of hiding what the writer Orhan Pamuk considers its melancholic soul. As we descend towards Ataturk Airport from the west, outcrops of tall buildings cluster like 3-D bar graphs against autumn’s drabness, before the city’s seven hills come into view crammed with the homes of its 14 million residents. The plane is full. The tram is full. Apart from the regular tourists, visitors have come for the international book fair, the G-20 summit in Antalya and the Istanbul marathon, where the African contingent again takes the laurels in the shadow of the Hagia Sophia.

“Yes please. Yes please.” At every turn we’re invited to come in, sit down, have some apple tea, look at carpets. Maybe some scarves? Or ceramics? “Where are you from?” “Oh, South Africa: I know it. My brother/cousin/daughter/mother visited it. Cape Town. Goeie dag. Tot siens. I can speak Afrikaans”. Is it possible that every Turk has been to South Africa?

“They’re all talking bullshit,” says the book dealer whom we visit on our second day. He doesn’t offer us tea, but manages to sell us half-a-dozen books. He indeed has been to our part of the world and takes us in detail through his itinerary of game farms, and Franschhoek and the Cape Point reserve and the penguins at Boulders. He said he has relatives in Rustenburg, so we knew he had to be telling the truth.

The attention, rehearsed as it must be, is flattering; it makes you feel that there’s a connection, that who you are and where you come from is recognised in the sales transaction. There’s also the fact that sitting down over a cup of free tea, getting a free lesson in Turkish carpets – how symmetrical designs are from this region, animal motifs from another, how many knots per centimetre – can take up to an hour, time spent without apparent resentment, even if a sale isn’t closed. Patience, attention and knowledge are the type of things that the mall model of retail annihilated.

We have come for the weekend from The Hague, quaint, ordered and sedate and flat. By comparison Istanbul is muscular, its culture heaving with the turmoil of empires, poised between east and west, secularism and Islam. The week of our arrival was the 77th anniversary of the death of the founder of the Turkish Republic, Mustafa Kemal Ataturk, and his republican legacy, while celebrated in the papers, is at odds with the authoritarian regime of President Recep Tayyep Erdogan.

Ataturk, the Nelson Mandela of Turkey, pulled the country towards Europe with a constitution based on freedom and the rule of law. Some say that Erdogan is strong-arming Turkey back to the pre-republicanism of the Ottoman Empire, styling himself as a “new caliph” in pursuit of a pan-Islamic dream. One columnist quips that “he should first negotiate with ISIL before claiming the throne”. It is likely that Erdogan, emboldened by the November 1 elections, will bring about an all-powerful presidency which, as another columnist warns, “will be an example of ‘unification of powers’ instead of a ‘separation of powers’.” A poll suggests that he is feared by more than two-thirds of Turks, and that under the “emerging caliph”, Turkey “looks like the final days of the Ottoman Empire its leaders are so powerfully longing for: a near failed state whose leaders prefer to ignore and live in illusions of grandeur.” Another commentator suggests that “perhaps Erdogan is simply restoring the natural balance of Istanbul, of Turkey, by paying attention to the long-neglected Ottoman side at the expense of Europeanisation”.

Little wonder, then, that there is scepticism among the various traders when we talk to about Turkey’s fraught EU ambitions. We, meanwhile, enjoy the history and the sights that transport us into a different dimension. I observe to my wife that the Hagia Sophia’s cascading domes are awe-inspiring yet comforting in a way very unlike the admonishing spires of Gothic cathedrals. “Yes,” she agrees. “It’s more feminine; an abundance of breasts.” Yet it, too, once a Christian church then a mosque, is caught in the pull of the past. In his mission to secularise the country, Ataturk turned it into a museum, a decree that some are now claiming lacked authority, and was based on a fraudulent document. As a compromise, some are talking about it being a museum through the week, a mosque on Fridays and a church on Sundays.

The clamour of the big things; the language, Roman ruins, vast mosques, a skyline prickly with minarets, is a constant reminder that our co-ordinates of reality have changed. Even the little things punctuate the ubiquity of exoticism. For a snack, we stop off at one of the multitude of food carts selling cooked mielies and roasted chestnuts. Or, even better, there’s a man selling Midye Dolmasi (stuffed mussels and rice). To quench our thirst there is freshly squeezed pomegranate juice at every corner. For something sweet, the ice cream stalls sell Dondurma, the stringy kind typical of Turkey, whose stickiness comes from mastec resin and salep flour. As for Turkish delight, in its place of origin it tasted ordinary, maybe because nothing else is.

We walk the city, cross the Golden Horn, climb the Galata Tower to an attack of vertigo at the top, and look down towards the Bosphorus Strait. Legend has it that it got its name from a Greek myth, in which Zeus disguised his mistress Io as a heifer, but his wife Hera, not to be fooled, set a gadfly on her, driving her across the waters, hence the name which means, roughly, “calf’s crossing”.

At this crossroads between East and West I think how separate the world is from itself. Looking one way from Istanbul is Europe, familiar civilisation, Paris besieged. Looking towards the Levant is deep history, exotic and opaque civilisations still unquiet, and Ankara, Turkey’s capital, still bleeding from last month’s bombing. Both fearful, seeking safety in mistrust. At this crossing, I feel pulled both ways. DM

Yves Vanderhaeghen is an itinerant South African researcher currently based in The Hague.

Photo: A seagull prepares to take flight from the Galata Bridge as the Yeni Mosque is seen in the background on a rainy day in Istanbul, Turkey, 12 February 2015. The largest city in Turkey, straddling Europe and Asia lies between the Sea of Marmara and the Black Sea, experiences something between a Mediterranean and oceanic climate. EPA/ULAS YUNUS TOSUN.