Jonah Lomu’s legacy will live on for generations to come 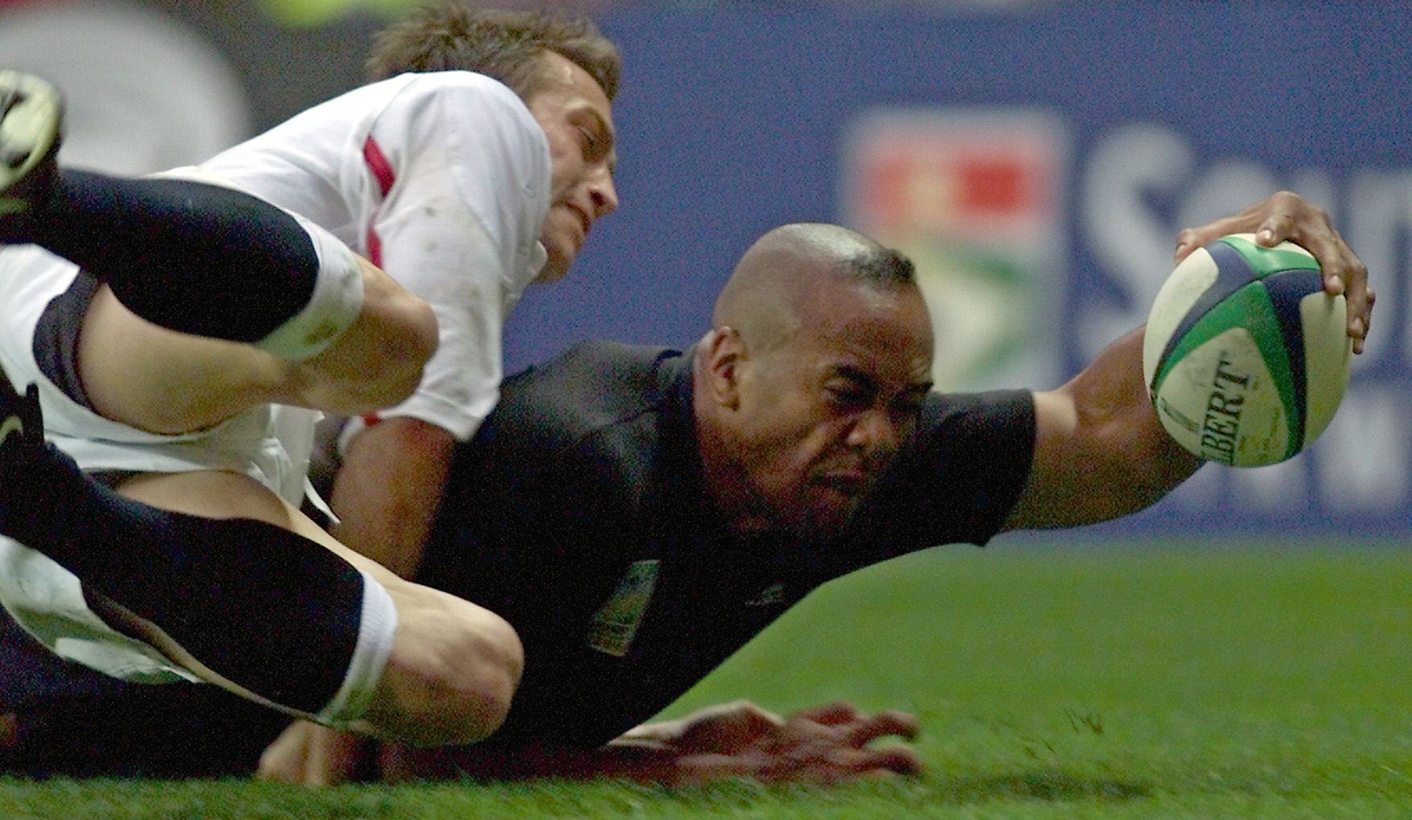 Jonah Lomu died aged 40 on Thursday, leaving behind a destructive legacy on the field which will be honoured by the countless of players who now emulate his style. Off it, ordinary people can honour his legacy, too, by becoming organ donors. By ANTOINETTE MULLER.

There were many legendary names that will be remembered from the 1995 World Cup for many different reasons. One name, Jonah Lomu, will be remembered as one of the greats of that tournament. Rugby’s first true global superstar, Lomu embodied all the unrealistic expectations we have of sportspeople.

On the field, he was a mercurial talent. The kind of player nobody had ever seen before. He had a reputation and he lived up to it, except against South Africa, of course. For a big man, he had the fleet-footedness of a ballet dancer, and the agility of a gymnast. Yet, even with such dainty steps, he was ferociously intimidating and players only need to hear his name to turn all shades of grey. When he first flashed across our TV screens, he challenged what we thought the human body was capable of.

For many, he represented something more than just a powerful athlete. Kicking dust in the eyes of the English at the 1995 Rugby World Cup meant that he made rugby inclusive, showing that it was not just a sport for the former colonial masters. Physically, he made everything looked exaggerated and like something out of this world. But even with being such an exaggeration, he rarely needed exaggerated tricks or nicknames to instil fear into his opponents. Because that’s the thing with sportspeople who we perceive to be almost supernatural, they do not need anything more than just the letters of their name to command attention and mesmerize us.

Off the field, he was regarded as a loyal and generous man. He never got carried away with the fanfare. He was a gentle soul who made time for those who admired him and was unnaturally soft-spoken for a player so big and a heart even bigger than his reputation. He forged a deep friendship with South Africa’s Joost van der Westhuizen, who is also suffering from a debilitating illness and earlier this year, the two met up for a documentary Lomu was filming. Van der Westhuizen was the last Springbok Lomu would meet on his trip and it was an emotional encounter.


“I’ll be honest, you brought the best out of me,” Van der Westhuizen told him.

“I never got to tell you, but it was a privilege playing against you, my friend,” said Lomu.

“I remember you were constantly talking, and I thought that man doesn’t shut up. I remember coming through the line and there was no one there and then all of a sudden I went ‘Where’s my legs?’ and it was you [who tackled me],” said Lomu.

“Promise me you’ll keep fighting, because I will,” Lomu.

And Lomu did fight. He may be fallen, but he is not defeated, because he leaves behind a legacy that will go on. It is, in a cruel way perhaps, fitting that Lomu, who was extraordinary in every way, had succumbed to such an ordinary disease, and that it happened in such an ordinary way.

Lomu died waiting for a kidney transplant. A person of his stature could have pulled strings to be elevated on that list or called in favours, but he did not. His first transplant had already failed, and he had been on that waiting list since 2011. He needed dialysis three times a week for six hours a day. He was acutely aware of his fragile mortality, despite the fact that he had been larger than life on the pitch for so many years. He had said in an interview with a British newspaper that he only wishes to live until 55, he died age 40. His death was called “unexpected”.

It is said that the man can see further on the shoulders of giants, and there is no doubt that Lomu was a giant. His legacy on the pitch will live on through generations inspired by him, and stories told to those who will never have gotten to see him play and only ever have heard his name. But his legacy on the pitch can live on, too. If there is one thing every ordinary person can do to carry on his extraordinary legacy, it is to sign up to become an organ donor. His illness was brutal and destructive, and there is no saying just how much more time another transplant would have bought him, but it should serve as a reminder that we could always do more because even the most extraordinary among us, need ordinary things. DM