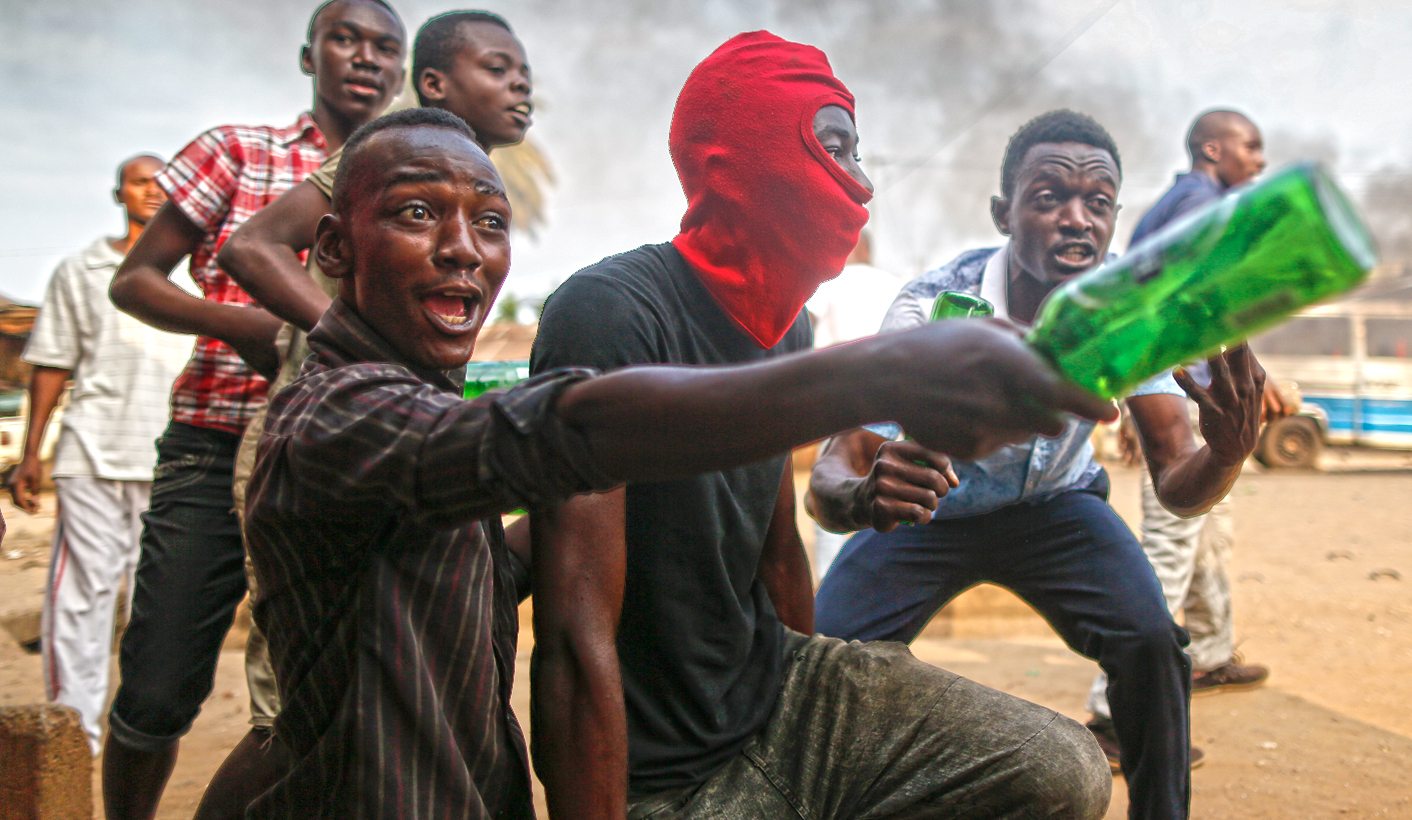 The spread of alarmist rhetoric about genocide can undermine the chances of a diplomatic resolution to Burundi’s current political problems, and further instigate tension in an already volatile situation. A more careful and nuanced approach is necessary. By PATRICK HAJAYANDI.

President Pierre Nkurunziza’s speech, on 2 November 2015, which called for the handover of illegal weapons, has increased fears of a possible escalation of violence in Burundi. Political parties who are opposed to Nkurunziza’s third term, have established an umbrella body called the Council for the Respect of the Arusha Agreement and the Restoration of the Rule of Law (CNARED). The council has provocatively predicted that the move by the government is the possible opening salvo of an incipient genocide that will engulf the country. Memories of Rwanda’s tragic genocide of 1994 continue to haunt the region, the continent and world as a whole.

The international community has been quick to echo the idea that genocide is imminent. World leaders, such as the United States Ambassador to the United Nations (UN), Samantha Power, and Louis Michel, from the European Parliament, have called for action before it is too late. International media outlets have also been instrumental in spreading this narrative.

In an article published on 4 November in the French online newspaper “Liberation”, with the evocative title, “Au Burundi, c’est un génocide qui a commencé” (In Burundi, a genocide has started), Maria Malagardis points to the increasing death toll in parts of Bujumbura, as evidence for the beginnings of genocide. She also quotes David Gakunzi, a Burundian member of the diaspora, who goes as far as to say that genocide has already begun.

The spread of such alarmist rhetoric can undermine the chances for a diplomatic resolution to Burundi’s current political problems, and further instigate tension in an already volatile situation. A more careful and nuanced approach is necessary, if we refer to the rhetoric of an incipient genocide.

The case against an escalating genocidal situation rests on the assessment that the armed and security forces of Burundi are composed of 50% of Hutu and 50% of Tutsi, in line with the Arusha Peace and Reconciliation Accords, and the Global Ceasefire Agreement. Heralded as a model for security sector reform, the current ethnic composition of the government restricts the likelihood that it can be compromised to orchestrate the mass killing of either Tutsis or Hutus.

In the current national and local government, as well as in both the Parliament and the Senate, officials are also composed of Hutu and Tutsi, at a rate of 60% and 40% respectively. Unlike in previous pogroms that afflicted Burundi, in 1972 and 1993, the integrated nature of social and political life significantly diminishes the prospect of an unraveling genocidal conflagration.

In addition, the violence and armed resistance, which begun after President Nkurunziza decided to run for a controversial third term, has largely been limited to specific areas of the capital Bujumbura, with the rural areas remaining relatively peaceful. In fact, the majority of Burundi’s population has shown great resistance against efforts by war mongers and ethnic entrepreneurs, to incite them into conducting generalised violence. There are, to be frank, cases of youth militias drawn from an unemployed and marginalised sector of society, being co-opted by unscrupulous political actors into participating in efforts to instigate conflict. Still, Burundi has endured the cyclical occurrence of violence, and society remains in a state of war fatigue. International actors declaring the launch of a genocide, when the realities on the ground speak to a low intensity conflict, could become complicit in adding flames to situation that can still be contained. The political maturity of Burundians is evident in their resistance to political manipulation.

There is awareness across the country that any massive violence could rapidly trigger external military action against Nkurunziza’s regime. Politically, the Nkurunziza regime is attempting to extract itself from a volatile situation that is of its own making, without losing face. The window for a political roadmap remains open, and a failure by the international community to grasp this opening would be the case of a missed opportunity, as the threat of wide-spread violence remains a clear and present danger to the Burundian society. A history of sweeping past misdeeds under the societal carpet, and not dealing with the past by uncovering the truth of past violations, means that society is still wounded.

Nkurunziza’s disarmament strategy is not a sustainable solution to the current political crisis. The East African Community’s (EAC) mediation process needs to be respected by Bujumbura. The UN Security Council’s statement, and call for a return to the international mediation process, should be headed by the decision-makers in Bujumbura.

Immediate steps that the Ugandan mediators need to take are to re-establish a sustained dialogue among the protagonists, both within and outside the country. Currently, elements of the opposition do not recognise President Nkurunziza as legitimate. In fact, since 26 August, the opposition announced that Burundi had no president at all. On the government side, the opposition is perceived as an insurgency. International arrest warrants have been issued to extradite the top leaders of CNARED, which would remove them from the dialogue process. International impartiality is vital here; consequently erratic pronouncements can derail a process that needs to be put back on track. Foreign military intervention could potentially cause a tense situation to become incendiary. A military intervention is likely to radicalise both parties, and pit them against each other, creating an all-out civil war.

Facilitated dialogue should be predicated on collecting facts on the ground, with a team working within Burundi, and monitoring the situation as it evolves. Consequently, war-mongering and hyperbole, in terms of what is happening on the ground, can ultimately make an already precarious situation in Burundi more fragile. DM

Patrick Hajayandi is the senior project leader for the Great Lakes at the Institute for Justice and Reconciliation.

Photo: Burundian protesters react as they face with police officers firing shots toward them during an anti-government demonstration against President Pierre Nkurunziza’s bid for a third term in the capital Bujumbura, Burundi, 26 May 2015. EPA/DAI KUROKAWA