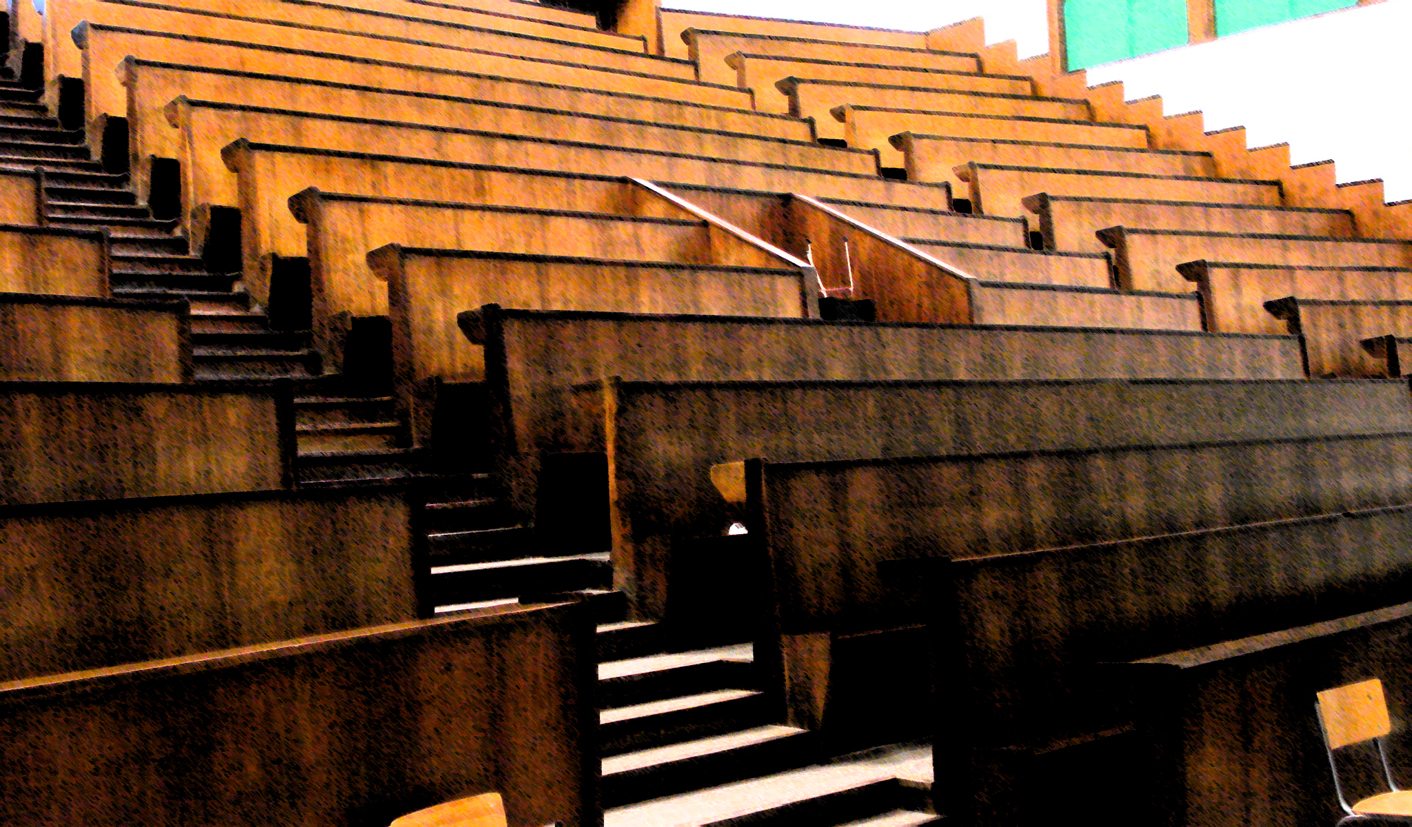 If one were to believe the criticisms, one would think that our Vice Chancellors are all right-wing, racist dictators. They are not. By ROBERT MORRELL.

Who would want to be a Vice-Chancellor? Assailed on all sides, and never more so than in the current #FeesMustFall moment. From government to student, from their own staff members to trade unions, South Africa’s Vice Chancellors are under the cosh. If one were to listen to the calls for their removal, one would have thought that they were personally responsible for all the ills of universities.

One of the benefits of the Fees Must Fall movement has been that there has, finally, been recognition that a serious shortfall in government funding has been at the heart of most of the higher education problems. But this has not, and should not stop questions being asked of university governance structures, and of those that head them.

In a recent attack, former University of KwaZulu-Natal Vice Chancellor, Malegapuru Makgoba, has claimed that there is only one person occupying the position of Vice Chancellor at all of South Africa’s universities who is suitable. And this comes from somebody who accumulated close to R2 billion of debt for UKZN while he was VC, and who is widely credited with introducing a highly authoritarian model of governance, which saw morale plummet, and staff leave in droves.

The #FeesMustFall movement is effectively a call for social justice. While there may be supporters of the movement who will benefit directly, the scale and the levels of support of the movement suggest that it is driven by wider and deeper impulses than self-interest. South Africa needs this kind of movement to renew and regenerate itself. Such movements are a check on the kinds of individualism that flourish in societies where accumulation and profit become the yardstick for success.

People who stand against social justice are often those who seek to protect self-interest, and believe that the best way of doing this is to resist claims for social justice. They defend narrow, sectarian interests, and they ignore the obvious benefit that regimes of social justice bestow broadly. In their 2009 book, The Spirit Level, economists Richard Wilkinson and Kate Pickett show that equality benefits everyone Or, to put it another way, societies with greater levels of inequality are bad for everyone, including the well-off.

This is relevant when one considers who occupy positions of ultimate authority at South African universities. If one were to believe the criticisms, one would think that our Vice Chancellors are all right-wing, racist dictators. They are not. Let me take four of the currently beleaguered Vice Chancellors to make a point.

Adam Habib, Vice Chancellor of Wits, has been in the firing line, most recently, having to contend with arson attacks on Wits campus, not to mention militant demands for the ongoing disruption of university business. Who is Adam Habib? He is a political scientist and author, public intellectual and university leader with a long history of involvement in and support for progressive causes. As Wikipedia notes, his preferred sources are Marx and Trotsky. During the 1980s he was active in opposition politics and, after 1994 was a founding director of the Centre for Civil Society, from which has issued nearly two decades of pro-worker scholarship, societal critique, and support for the homeless people’s movement. So radical was he considered to be that, in 2006 he was deported from the United States on suspicion of supporting “terrorism”’. During his time at Wits, he has encouraged, rather than stifled, debate, attempting to balance the pursuit of scholarly excellence with transparency and democracy.

Jonathan Jansen, Vice Chancellor of the University of the Free State (UFS) was in the news soon after he took office. The Reitz Residence scandal in 2008, brought the Institution’s difficulty with shrugging off its racial past dramatically to public attention. Jansen dealt decisively, yet sensitively, with the problem. Jansen was born in Montagu in the Western Cape. He overcame a series of race-based obstacles to obtain a PhD from Stanford, and then embarked on an academic career which took him from the University of Durban-Westville to Pretoria, and then to UFS. He is a public intellectual and prolific author, happy to pronounce on a range of controversial topics. His bestseller, Knowledge in the Blood, is an in-depth examination of the politics of racial transformation at the University of Pretoria (based on his time there as Dean of Education). He has an open door policy to staff and students alike. He has pioneered exciting changes at UFS, bringing in new staff, raising research output, and encouraging debate on campus.

Sizwe Mabizela, Vice Chancellor of Rhodes University since 2014, is a Fort Hare mathematics graduate. He taught at the University Zululand before completing his PhD at Pennsylvania State University. He was a member of the UCT Maths department until moving to Rhodes to Head up the Maths department there. In his tenure as Vice Chancellor, he has stressed: “We do not want to close the space for open and robust discussion, and so we try to take every situation as an opportunity for learning.” At the same time he has been mindful of national inequalities, and in particular the challenge of regional poverty in the Eastern Cape. But these credentials have not exempted him from highly personalised attack.

Max Price, Vice Chancellor of UCT has had a torrid year. From March, the #RhodesMustFall movement acted as a clarion call for staff and students, for racial transformation and decolonisation. Developments attracted mostly hostile media attention which, in turn, fueled waves of turbulence. Price trained as a doctor at Wits. He was President of the Wits SRC, and detained by Security Police in 1977. He could not get jobs in black public hospitals, because the state considered him a security threat. He was a founding member of NAMDA, the activist medical professional organisation that opposed the forgiving of the Biko doctors. As a Rhodes Scholar, he studied politics and economics at Oxford. On his return, he was Director at the Centre for Health Policy, which worked on health strategies for a post-apartheid society. He served as Chair of the Ministerial Committee on Health Care Financing in 1994. Before coming to UCT he was, for 10 years, Dean of Health Sciences at Wits, a period that was marked by heavy engagement in issues of transformation.

In these four VCs we have an amazing history of commitment to social justice. Not just talking about it, but doing it. We have public intellectuals all with established research careers. We have no history of corruption and evasion. We have people who, before the overthrow of apartheid, worked for a vision of a better society, an equal, non-racial, healthy, transparent, democratic society.

In the last week they, and other Vice Chancellors, have agreed to a plan that makes no business sense. Universities are underfunded, and to agree to a move that will compound current difficulties seems like madness. They are under pressure, and this may be part of the explanation. But another part, the part that is ignored, is that they are committing their institutions to a path which they, themselves, have been building for much of their adult lives. There are not many countries in the world where one has academics and public intellectuals of this calibre at the helm. South Africa should be celebrating the quality of its leadership, not calling for its downfall. DM

Robert Morrell is a staff member at UCT and writes in his personal capacity.

The original photo of Science Lecture Theatre at UCT by Ian Barbour.