Op-Ed: In Textbook Court Case at stake is government’s commitment to basic education 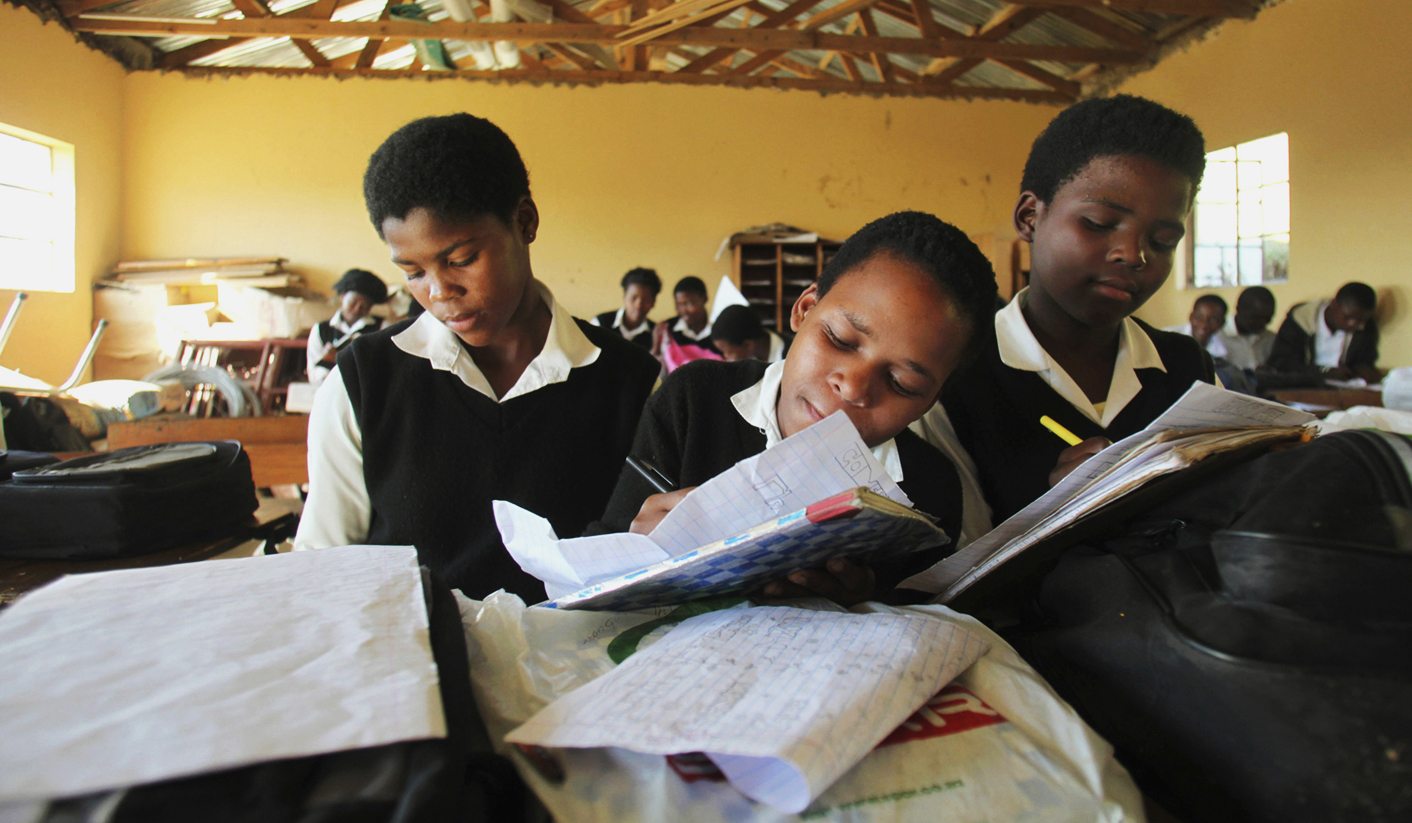 A Court judgement confirmed that it was the right of every learner to be provided with textbooks “before the teaching of the curriculum, for which such textbook prescribed is due to commence”. The outcome of the appeal is therefore likely to have implications for all such ongoing and future cases. By FARANAAZ VERIAVA.

The appeal in the Limpopo Textbook case will be heard by Supreme Court of Appeal in Bloemfontein on 24 November 2015, and will in all likelihood be heard by the Constitutional Court, as the final court of appeal on constitutional matters sometime in 2016.

This appeal is arguably the most important education rights case, to date, to be heard by our courts. While the textbook litigation has generated immense interest and awareness, in the state of textbook delivery, and more generally, into the appalling state of public education, the core issue that will be determined by this appeal is the appropriate standard of review for assessing whether or not government has complied with its obligation to provide a basic education in terms of Section 29(1)(a) of the Constitution. As such, the case will have implications for all current, and future cases relating to basic education provisioning.

In 2012, SECTION27 initiated its first textbook case in the North Gauteng High Court, because of the failure of government to deliver textbooks in the new Curriculum and Assessment Policy Statement (CAPS) curriculum to schools, throughout the Limpopo Province. Judge Jody Kollapen, delivering judgment in the case held that textbooks were an “essential component of the right to basic education”, and that the failure to deliver textbooks to Limpopo schools, violated the rights of learners to a basic education. He, therefore, ordered the Department of Basic Education (DBE) to urgently deliver the textbooks to Limpopo schools. This encouraged SECTION27 to approach the court on two further occasions in 2012, to ensure that the DBE complied with its initial court order.

In 2014 SECTION27 launched a new application on behalf its clients, Basic Education for All (BEFA) and a number of Limpopo-based schools, because of shortages in the delivery of textbooks at certain schools in that year. Delivering judgment in this case, Judge Neil Tuchten confirmed the Kollapen judgment, and elaborated on the DBE’s obligations, stating that it was the right of every learner to be provided with textbooks “before the teaching of the curriculum for which such textbook prescribed is due to commence”. He therefore stated that:

“The delivery of textbooks to certain learners but not others cannot constitute fulfillment of the right. Section 29(1)(a) confers the right of a basic education to everyone. If there is one learner who is not timeously provided with her textbooks, her right has been infringed. It is of no moment at this level of enquiry that all other pupils have been given textbooks,”

The DBE appealed this reasoning on the basis that Judge Tuchten erred in finding that such a full complement of textbooks is necessary to provide a basic education. The DBE’s argument is that this requirement is tantamount to a standard of “perfection” that should not be applied to determine whether or not there has been a breach of the right. Instead the DBE argues that the requisite standard ought to be whether or not government has taken all reasonable steps, or measures to fulfil the right.

“Reasonableness review” has been adopted by the Constitutional Court in respect of the socio-economic rights such as health, housing, food, water and social security. These rights are qualified by the terms “reasonable legislative and other measures,” within the state’s available resources and “progressive realisation”. In terms of which, courts adjudicating cases in respect of these rights merely have determine whether or not government has put in place reasonable programmes to progressively, and over time realise the right under review. This is as opposed to determining whether or not an individual has a direct claim in respect of the right.

In countering the DBE’s appeal, SECTION27 has adopted a more substantive approach to interpreting the right to basic education. It notes that in previous education cases, the Constitutional Court has already acknowledged the status of the right, as an unqualified right that is distinguishable from other socio-economic rights, and has described the right as “immediately realisable”.

SECTION27 argues that this requires government to urgently take steps to do everything within its power to provide, to each and every learner, the components that are necessary for, and which are “inextricably” linked to the fulfilment and enjoyment of the right. Within the context of this particular case, this requires that each learner, in each grade, be provided with every textbook, in every subject, before the commencement of the academic year.

In recent years several of SECTION27’s partner organisations, in impact litigation, have successfully initiated cases to improve basic education provisioning. These cases have resulted in settlement agreements and court orders, requiring that government improve school infrastructure, educator and furniture provisioning in schools. Such continued advocacy and litigation is necessary to ensure the adequate provisioning of educational inputs, that can assist in improving learner outcomes, and that can address what has widely acknowledged as a “crisis’ in South African public schooling.

The outcome of the appeal is therefore likely to have implications for all such ongoing and future cases. The appeal will also provide guidance in the current impasse between government and civil society, on how government interprets its obligations, in respect of the right to basic education, and accordingly, in assessing the measures that government adopts in meeting these obligations. DM