ICG: The road back to Turkey’s peace talks

ICG: The road back to Turkey’s peace talks 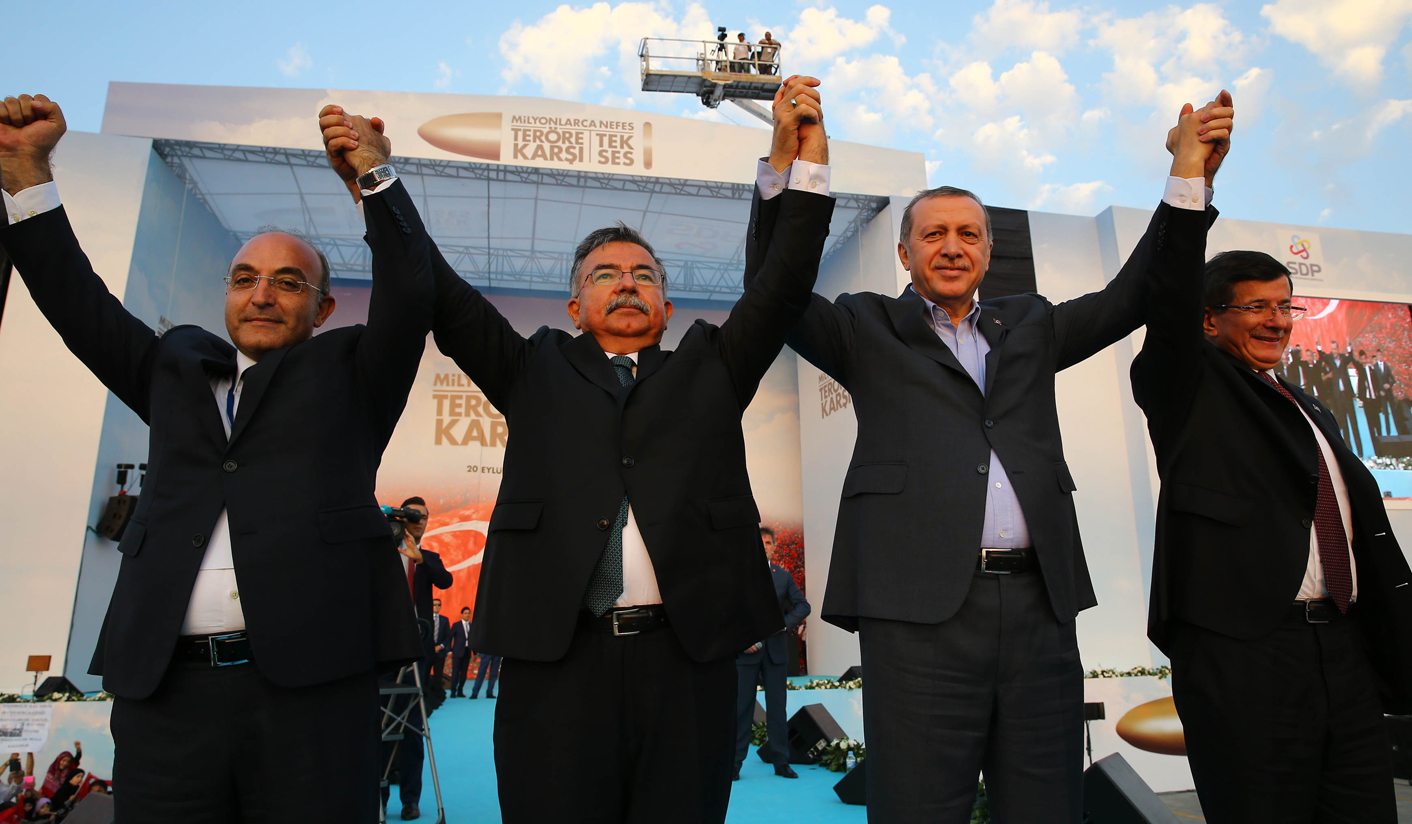 The Islamic State has become a serious security threat to Turkey, since Ankara’s misguided open door policy to the Middle East allowed it to set up sleeper cells all over the country. By Nigar Göksel & Berkay Mand?rac? for the INTERNATIONAL CRISIS GROUP.

On 1 November, Turkish citizens opted for the stability of a single party government. But to deliver a lasting solution to the country’s most burning issue, the Kurdish question, the ruling Justice and Development Party (AKP) needs to use its new mandate to get back to work on the country’s damaged peace process.

The dangers of Turkey slipping back into all-out war are real, as evidenced by the Kurdistan Workers’ Party (PKK) decision, on Thursday, to end a unilateral ceasefire announced before the polls. The country has already experienced an upsurge in violent conflict in the period after the AKP lost its single party majority in the 7 June elections.

Two suicide bomb attacks – believed to be carried out by Islamic State (IS) – killed 135 people, most of whom were pro-Kurdish activists, one in July in the border town of Suruç, and the other in Ankara, in October. Between 20 July and 31 October, Crisis Group’s open-source casualty toll counted an additional 386 people killed in the PKK-Turkey conflict: 165 Turkish security forces, at least 136 PKK insurgents, and 85 civilians. Since 1 November, the government has had to declare curfews in two cities, and fighting has killed civilians, as well Turkish security forces.

Winning nearly half of the vote, AKP is now in power with a single-party majority for the fourth time since 2002. With a consensus that voters acted, above all, in the interests of domestic stability, this bestows great responsibility on the AKP’s dominant figure, President Recep Tayyip Erdo?an. The fact that the AKP won votes from Turkish nationalist, and from Kurdish constituencies, is both an opportunity and a challenge to end a conflict that has killed more than 35,000 people in 31 years.

Regional dynamics have also increased the strategic importance of an urgent return to the peace process. A resolution of Turkey’s Kurdish issue is not just essential to the health of Turkey’s democracy. It would also strengthen Turkey’s hand in Syria, and enable it to better protect its citizens from IS attacks.

In the meantime, IS has become a serious security threat to Turkey, since Ankara’s misguided open door policy to the Middle East allowed it to set up sleeper cells all over the country. The suicide bombings blamed on IS are just one indication of how the group is already, and will remain the main beneficiary of the continued fighting between Turkey and the PKK.

For peace talks to succeed, it is vital that two separate, yet interdependent tracks be pursued; advancing democratic rights, and a peace deal with the PKK. Getting the Ankara-PKK negotiations back on track will be the hardest part, since both sides think, against all the evidence, that new advantages promise them new hope of victory.

Opening channels of communication with Abdullah Öcalan – the jailed supreme leader of the Kurdish movement – will be a necessary first step. This will require a revised, more structured and transparent format for the talks. The AKP needs to convince Kurds – regardless of whether they voted AKP or not – that it is sincere in going back to the negotiation table with the PKK on the one hand, and ensuring full democratic rights for its 15% Kurdish speaking communities on the other. Such rights can, over time, diminish support for armed struggle in Kurdish nationalist constituencies.

Peace talks and democratisation have, however, only progressed in fits and starts, since 2005, often stumbling because of confusion between these two tracks, and because both sides have strongly nationalist wings. The ruling AKP knows that its 1 November success is largely due to the party’s harsh anti-PKK stance, following the 7 June elections, which attracted Turkish nationalist voters that it wants to keep.

At the same time, a voter surge propelled the Kurdish movement’s Peoples’ Democracy Party (HDP) past a 10% national threshold to enter parliament, for the first time in June and November. This is an opportunity to advance the democratisation track. There must be more progress on education rights, for those whose mother tongue is Kurdish; reform of the constitution to ensure that citizenship is not defined on the basis of ethnic identity; decentralisation for stronger local governance nationwide; the passing of an anti-terror law, less open to political abuse, and a lowering of the 10% electoral threshold.

Instead, Ankara is pursuing a military offensive against the PKK it launched in July, empowered by the 1 November election result, and new Western support offered in the hope that Ankara will curb refugee flows to Europe, and support anti-IS coalition military actions in Syria. After a meeting of the National Security Council on 4 November, President Erdo?an said: “There will be no break [in military operations against the PKK]. We will carry on”.

Ankara’s harsh stance against the PKK-affiliated Democratic Union Party (PYD) in northern Syria, also prevents it from becoming a game-changing actor in the region, and leads to frictions with the United States-led international coalition fighting IS. For its part, the PKK feels emboldened by the successes of its affiliate Kurdish militia in Syria, the PYD, and the PYD’s collaboration with the US military against IS. But it, too, cannot overcome the Turkish state by insurgency tactics. If the Kurdish insurgency and Turkish armed forces pursue their war, it is likely that IS will be the biggest winner. DM