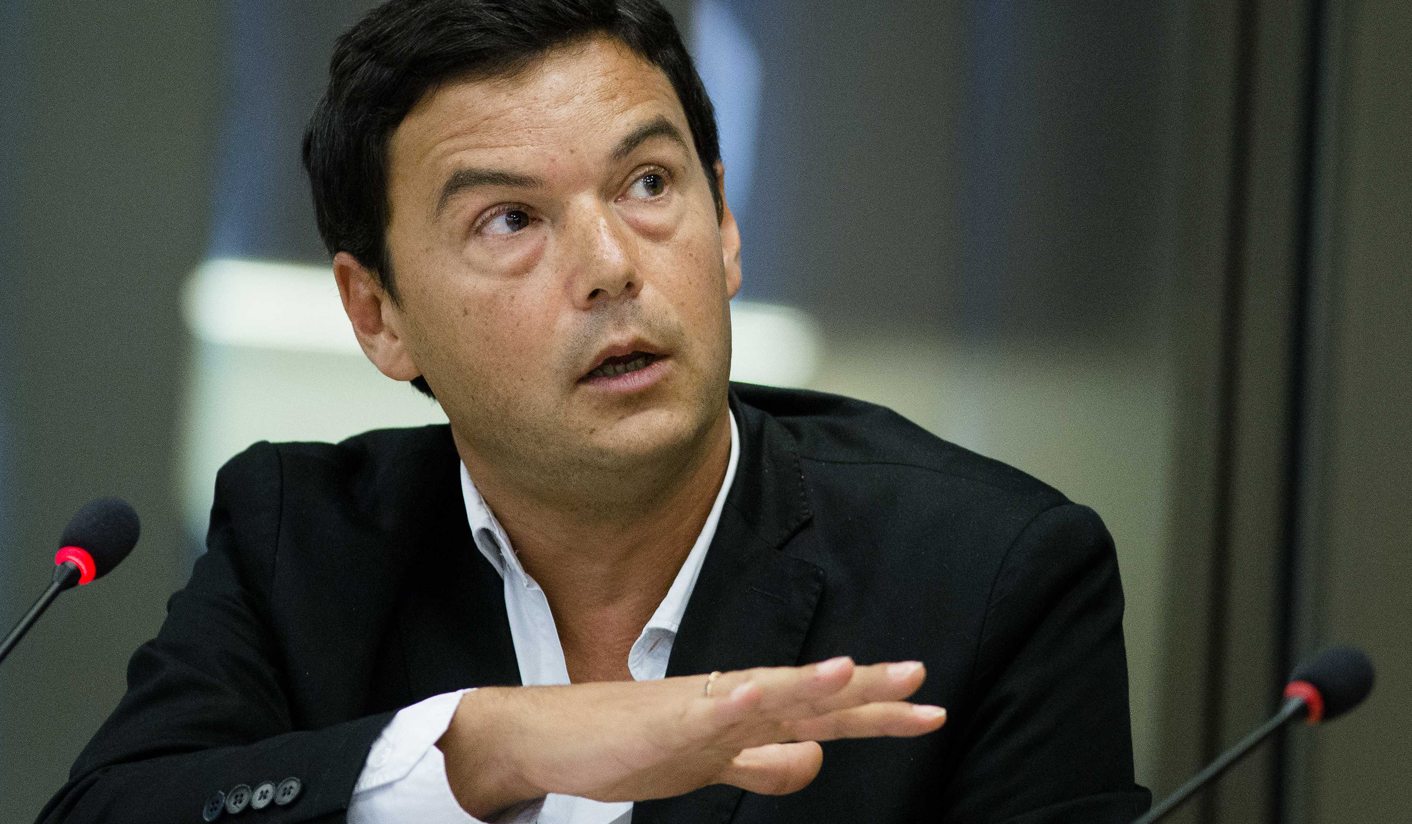 The state’s social grants have made a high impact. Poverty has declined in the country, with most results gained during South Africa’s economic boom period from 2001 to 2008. By SHANI CRONJÉ and ANDREW LANE.

After 21 years of democracy, South African society remains characterised by poverty, unemployment, and some of the highest levels of income inequality in the world. With the economy slowing down, short-term relief is unlikely. To explore a new paradigm of thinking, the Nelson Mandela Foundation (NMF) invited Professor Thomas Piketty to present its annual lecture, and participate in a Social Partners Dialogue with business, government and labour, on inequality and to explore ways to shift the normative patterns of development.

Piketty’s research contradicts mainstream economic theory, which holds that a free market system and economic growth naturally reduces inequality, over time. He cites policies and taxation after World War I, the Great Depression and World War II, as having had a greater impact on reducing inequality, than natural, process-based market forces. Rather than radical changes to the free market system, Piketty advocates key interventions to address deficiencies that erode social outcomes.

Piketty’s work has particular significance for South Africa. He explains that despite various economic reforms and growth since 1994, South Africa’s income inequality has increased. Today, 60 to 65% of South Africa’s total income is earned by the top 10% income earners. In comparison Brazil’s top 10% earns 50 to 55% of total income. In Europe the average is 30 to 35%. In South Africa, unemployment is generally blamed for this uneven income distribution. However, in Spain, where there is also high unemployment, does not have this asymmetrical share of income.

During the Social Partners Dialogue, Piketty joined prominent business leaders, government officials and representatives of labour, to explore the issue of South Africa’s inequality. Participants agreed that South Africa achieved many things over the past 21 years, but a lot of work remained. South Africa implemented a progressive system after 1994, and introduced wealth taxes to include estate tax, capital gains tax and property tax. Though South Africa can count its one million black university students as a social mobility success, education remains a major issue, as demonstrated by recent student protests.

Despite a significant portion of the national Budget allocated to education, South Africa’s spend per child is much lower than developed countries. There is a general belief that South Africa needs to increase its number of graduates, and expand apprenticeships to include non-university young workers. Unemployment is a symptom of inequality, and a humiliating experience that is amplified by unequal skills, limited access to the right skills, and unequal spatial distribution.

There is, also, evidence that workplaces have not been transformed, and too often reflect wage structure of the apartheid area. Executive pay has grown significantly, notwithstanding low productivity output. Efforts to transfer wealth through black economic empowerment (BEE) did not bring sufficient results. Land reforms have been limited, and where they have been implemented, processes were constrained by skills shortages.

Participants acknowledged that social grants have made a high impact. Poverty has declined in the country, with most results gained during South Africa’s economic boom period from 2001 to 2008. Nevertheless, too many South Africans remain fully dependent on public services. Other initiatives have failed to empower people on a community level, and participants questioned the impact of compromises during negotiations in the early 1990s.

What, then, are potential solutions to reduce inequality and poverty? Participants in the Social Partners Dialogue offered several proposals:

These solutions put forward relate directly to the rights Piketty emphasised in his public lecture: “the right to work for a decent wage; the right to good quality education; the right to have access to property; and…most importantly, the right to real economic and political democracy”.

The Bill of Rights affirms democratic values of human dignity, equality and freedom and South Africa’s constitution mandates equality. To fulfil this human right, participants emphasised that equality should be prioritised over other demands to build a more inclusive society. DM

This is an edited version of a report written by Monitor Deloitte Africa, a strategy consultancy, for the Nelson Mandela Foundation. For the full report go to www.nelsonmandela.org

Photo: French economist and author of the book ‘Capital’, Thomas Piketty attends a meeting in the Dutch Senate in The Hague, The Netherlands, 05 November 2014. EPA/BART MAAT.