Ipid: Is police watchdog’s bark bigger than its bite? 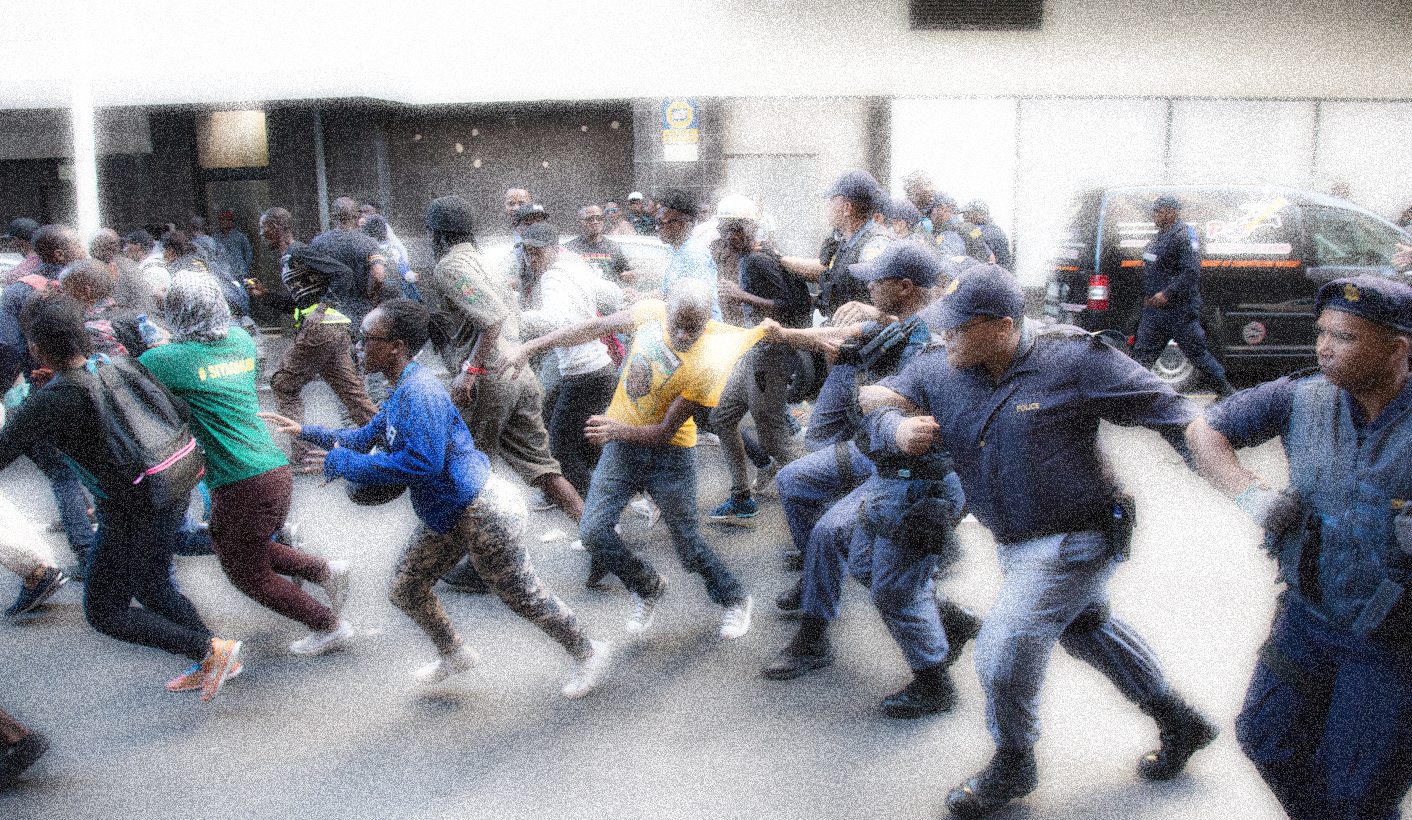 When officials from the Independent Police Investigative Directorate (Ipid) appeared before Parliament on Wednesday, two topics were high on the agenda. One was the police’s handling of students during the recent #FeesMustFall protests. The other was the footage which emerged of the shocking execution-style killing of a robbery suspect in Krugersdorp. If you’ve read Ipid’s most recent report, you will know these incidents are a drop in the ocean. By REBECCA DAVIS.

Wednesday must have been a rough day for the top brass of the Independent Police Investigative Directorate (Ipid). They faced a grilling by Parliament’s police committee over whether the body would be looking into the actions of police during the student fees protests over the past weeks. Ipid told Parliament it had received 17 cases to investigate of assault against students, thus far.

In sentiments not unlike those voiced recently by the Higher Education Deputy, Minister Mduduzi Manana, acting Ipid head Israel Kgamanyane, pointed to the fact that there were no deaths resulting from the protests. This, he said, was a sign of police restraint. “It could have been worse,” he said, suggesting training in public order policing was starting to show results.

If anyone found these views heartening, they are unlikely to have felt the same way after hearing Ipid’s response to last month’s controversial Krugersdorp execution, which saw police kill robbery suspect, Khulekani Mpanza, after he had dropped his firearm, and was lying down.

One of the most alarming aspects of the incident is that it seems it is only thanks to the publication of CCTV footage of the events, that Ipid now has a more complete picture of what may have happened between Mpanza and police. Ipid bosses confirmed that the report of the death, which had been given to them by the police involved, was totally at odds with the picture presented by the CCTV footage. It has also taken more than two weeks for the police involved in the incident to be suspended.

How often does Ipid learn of such incidents through the media? In June a similar incident occurred, when the watchdog heard of a police officer killing a pedestrian through news reports. On that occasion, an officer from the Ekurhuleni metro drove into two pedestrians at a stop street in Vosloorus, killing a 3-year old girl, and injuring a 25-year old man.

Ipid spokeswoman, Grace Langa, said, at the time, that the duty officer failed to immediately call Ipid, which is supposed to happen when police are involved in fatal incidents. Time is of the essence, as Ipid investigators are supposed to be dispatched to the scene to collect evidence and take statements.

But Ipid’s annual report, presented to Parliament last month, suggests that fear of Ipid may not be much of a governing emotion for cops on the job. On Ipid’s side, they have more than enough work to keep them busy. An estimated 3711 assault cases involving police, were reported to Ipid over the last financial year. Some 396 people were allegedly killed by police, in addition to the 244 people who died within police custody.

It should be noted, however, that a significant portion of the deaths within custody were attributed to suicide, and to injuries sustained prior to custody. In one chilling note about suicide cases, the report records: “three involved females that were arrested for shoplifting, drunkenness/disorderly behavior, and possession of drugs. Two of the victims used their clothing to hang themselves, and the other one used shoe laces.”

Another horrifying case detailed by the report was of a minor in North West province who “was raped by 6 SAPS members on different occasions”.

All in all, Ipid’s report records an increase in the number of all types of cases reported, except for in four categories, including assault. The report openly notes that Ipid’s investigations into cases like these may be flawed.

“To implement its mandate of independence, the Ipid should ideally have developed its own capacity to fully investigate cases, including the technical, forensic and ballistic side of its investigations,” it states. “However, due to limited resources, the Ipid relies on the SAPS for this expertise. This may impact on the integrity of the investigations and Ipid’s independence.”

Because Ipid has a limited number of offices, the report notes, “in some provinces, it is near impossible to preserve the integrity of crime scenes, due to the long distances travelled by Ipid investigators, to reach those crime scenes”.

Of the over 10 000 cases Ipid was dealing with over the last financial year, only 200 disciplinary matters were “finalised by the SAPS”, with 58 convictions in criminal matters. This marks a decrease of 8% from the previous year.

Ipid’s Western Cape operations were the subject of particular concern from members of the provincial legislature on Wednesday, as a result of a disproportionate quantity of outstanding cases involving complaints against police officers. EWN reported that Western Cape head, Tlabo Thokolo, acknowledged that the body has been performing poorly.

Both the #FeesMustFall protests, and the Krugersdorp execution case have once more put the spotlight squarely on the apparently excessive force used by South Africa’s police, and Ipid’s latest report confirms that picture. The question is: can an underperforming police watchdog provide any kind of deterrent? DM