So, red meat causes cancer. How big a worry is this for me? 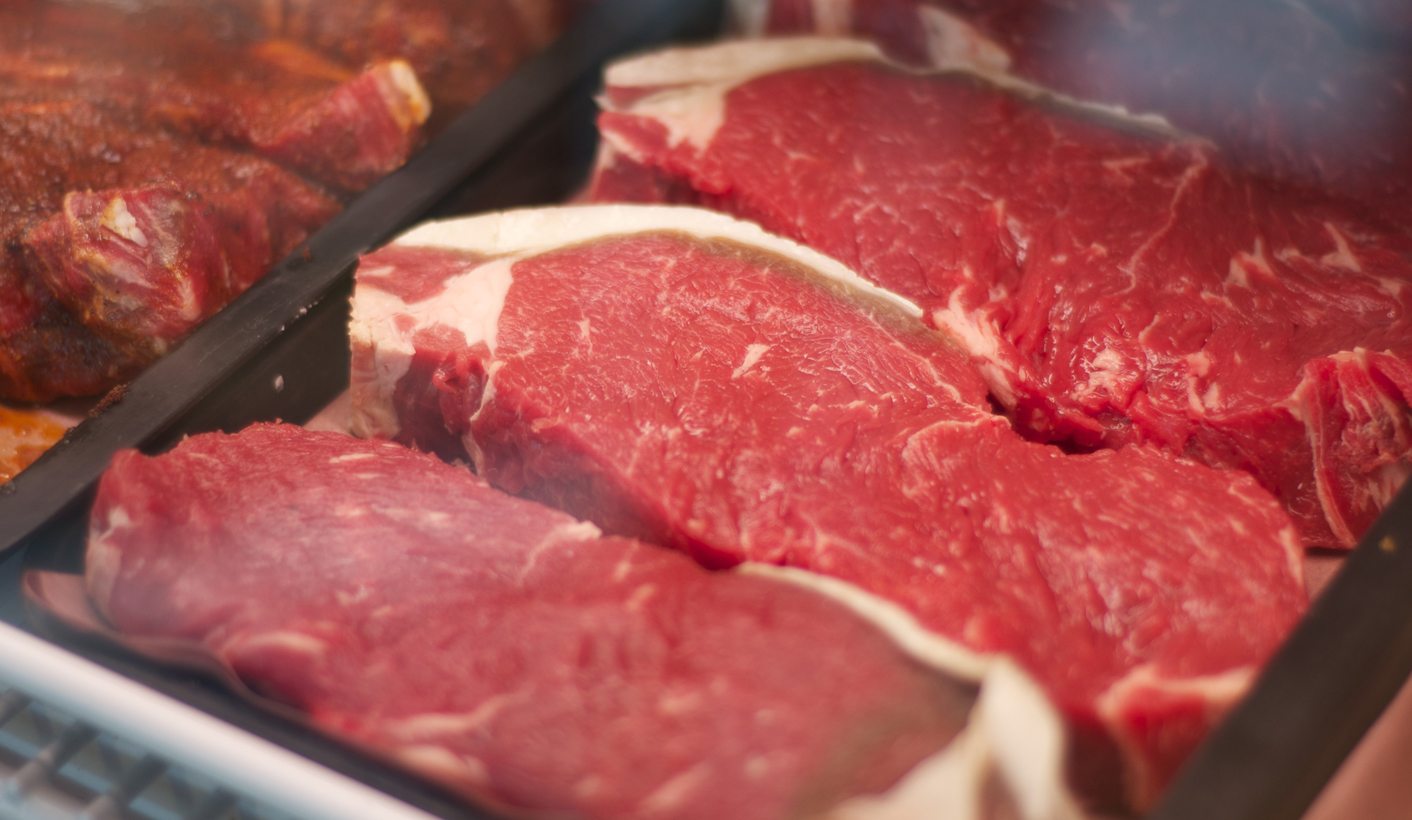 “Red meat causes cancer.” You’ve heard this repeated many times over the past few days, with every imaginable tone and implication. The link is likely real, but how big a puzzle piece is it in the overall picture of health in South Africa? Is the finding cause for serious concern, or are there more important health hazards to worry about? By ANDREA TEAGLE.

Last week, the World Health Organisation (WHO) announced that red meat was a ‘probable’ bowel cancer-causing food, and processed meat was a ‘definite’ carcinogen. Bowel or colorectal cancer, to put things in perspective, is the third most common cancer in the world. The classifications were made by the reputable International Agency for Research on Cancer (IARC), and reflect the strength of the scientific evidence that these foods increase your risk of cancer. So, processed meats aren’t necessarily more likely to cause bowel cancer than red meat; experts are just surer that the link exists.

Professor Harry Dugmore of the health journalism department at Rhodes University points to two important parts of the findings, which were based on a review of more than 800 studies. “Firstly, there is definitely a correlation [between red and processed meats and cancer]”, and secondly, “it appears to be dose dependent”.

“When something is dose dependent, you can often infer cause quite strongly, as opposed to just mere correlation,” Dugmore explains. “As you eat more and more processed meat, it does appear that your risk goes up. This suggests, ‘aha, the thing that’s causing this is not your general pigginess or general lack of exercise or the fact that you might also be a smoker’.”

In other words, there’s less chance that something else, that might also be associated with how much meat you eat, is responsible (one contention made by Zoë Harcombe, who is supported by Tim Noakes. Noakes declined to comment when asked for an interview, but indicated that his views on the subject align with hers). The IARC also reviewed ‘mechanistic’ evidence, which the WHO defines as, “procedures such as the isolation of specific chemicals in processed meat and establishing that they cause cancer in cells or laboratory animals”.

Scientists believe that how red meat causes cancer is related to certain chemicals in the meat, which become carcinogenic once they are broken down in the gut. Cooking meats at high temperatures – such as on a grill or braai – generates more of these kinds of compounds, which are also present in processed meats. Processed and red meat are not the only factors that might increase your risk of bowel cancer. In fact, an estimated 80% of bowel cancer is the result of so-called ‘lifestyle factors’, like diet, lack of exercise, smoking and alcohol.

And although bowel cancer is more common in the developed world, this is starting to change. In South Africa, where the data is considered reasonably good, bowel cancer occurs less often than in developed countries but more often than in other parts of Africa. As in other parts of the world, men face a higher risk than women. (Look, we have breast cancer to worry about.)

And if you zoom in closer, there are other interesting risk differences. A 1998 study published in the European Journal of Cancer Prevention, found that a sample of black South Africans had less than a tenth of the risk of developing bowel cancer than their white counterparts (3.5 cases per 100,000/year compared with 41 cases per 100,000/year). Low rates of bowel cancer, compared to the global average, have also been observed among black people in Western Africa.

But when you look at data from developed countries like the US, this pattern is reversed. Data from the Centers of Disease Control and Prevention show that between 1999 and 2002 black Americans had the highest rate of colorectal cancer and were also more likely to die from it than white Americans.

This suggests that the discrepancies across race are likely largely due to lifestyle factors, rather than genetic/hereditary factors. The low incidence rate among black Africans living in rural areas is generally attributed to a starch-, vegetable- and fruit-based diet rich in fibre and containing little meat. However, consumption patterns are shifting: since 1994, meat consumption in South Africa – and particularly processed meat – has been on the rise. As diets in rapidly developing countries become more ‘westernized’, bowel cancer incidence rates are also increasing. So yes, bowel cancer, and what causes it, is well worth worrying about.

This is not the first bell that has tolled to warn of the dangers of red meat (and trumpeted the benefits of white meats, particularly fish). Red meat is also linked to a higher risk of obesity, coronary heart disease, and other non-communicable diseases. Despite these dangers, nutritionists have warned against the ‘demonisation’ red meat, which is also an important source of certain nutrients.

According to Association for Dietetics South Africa, president Maryke Gallagher and her colleagues Catherine Pereira and Jackie Busch: “In South Africa, eight micronutrients, namely vitamin A, vitamin B1, B2, B6, and B12, niacin, iron and zinc, have been identified as lacking in the population’s diet (micronutrients that are all found in red meat). Adding a small amount of these food products to a plant-based diet can yield considerable improvements in human health.”

Thus, the WHO classification has been generally interpreted not as a call to cut red-meat consumption entirely (sorry, vegetarians), but to consume it in moderation. If you are particularly fond of your bacon, nutritionists are saying, you should think about cutting back.

The news has been met with sighs from many. All all too often, following health advice seems to turn into an impossible balancing act. However, Gallagher and her colleagues say there are some generally accepted guidelines to fall back on.

“Dietary patterns that have consistently been reported on in the literature to have health benefits include whole grains, fruit, vegetables, nuts, legumes, healthy oils, proteins such as lean meat and seafood,” and, (of course), “reduced intake of red and processed meats and sugar-sweetened beverages.” DM