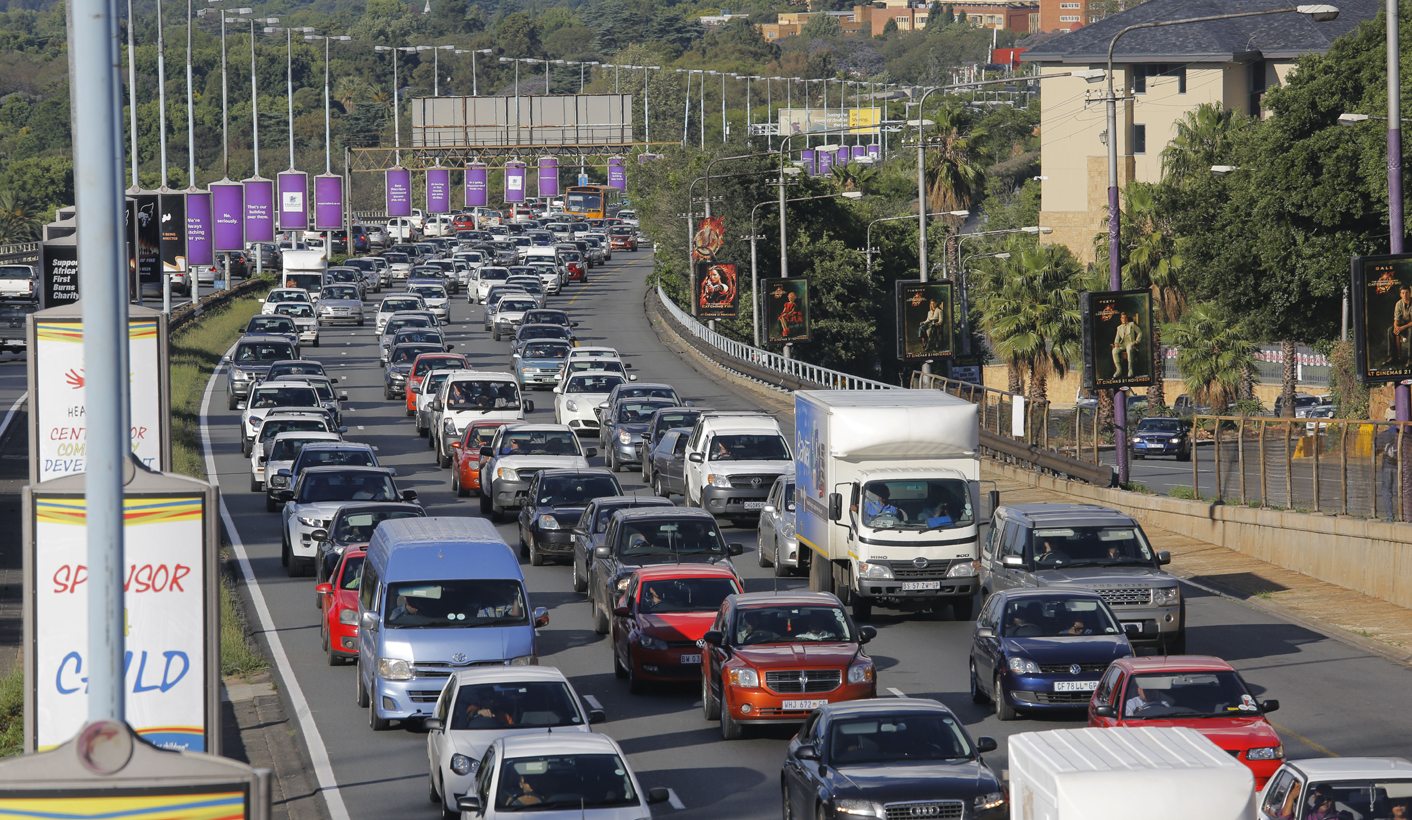 Photo: Rush hour traffic is congested as people rush to get home on the N1 highway in Johannesburg

In a recent public relations drive, the South African National Roads Agency (SANRAL) stated on Facebook that they created 29,120 full-time jobs. The claim is misleading. Researched by Lebohang Mojapelo for AFRICA CHECK.

In an effort to repair damage caused to their image by the introduction of e-tolling, SANRAL recently shared positive aspects about their operations on social media. One Facebook image showed a wide open road with a road sign cautioning “jobs ahead”. The caption read: “#DidYouKnow that SANRAL projects have created 29,120 full-time jobs? SANRAL specifically aims to build local communities wherever its projects are. #KnowSANRAL”

An Africa Check reader asked us to look into the claim. George Venter wrote: “Is there any validity in SANRAL’s claim? Most of the jobs ‘created’ by them are at best temporary whilst projects are under construction.”

Does Venter have a point, or is SANRAL’s claim accurate? Did SANRAL create 29,120 jobs in the previous year?

SANRAL is a company owned by the South African government, and is tasked with financing, improving and maintaining the country’s national road network; roads starting with an “N”, such as the N1 between Musina and Cape Town. The agency’s general communication manager, Vusi Mona, told Africa Check that SANRAL “created the equivalent of 29,120 full-time jobs” in their 2013/2014 financial year. In their most recent Annual Report (2015), SANRAL stated that they created 19,820 “average equivalent” full-time jobs.

SANRAL posted the Facebook image on 22 September. Mona said the agency’s 2014/15 annual report was presented to parliament on 30 September. Asked why SANRAL did not post the latest figures on Facebook, Mona said they only informed their social media agency on 1 October that the 2014/2015 annual report had been tabled. A day after our first query, SANRAL posted a new infographic with the 2014/15 figures on Facebook.

Is a full-time job a permanent job? Here is what needs to be understood about SANRAL’s reference to “average equivalent” full-time jobs.

Mona said the agency assumed someone with a full-time position “works 2,000 hours a year”, which translates to eight hours a day, five days a week. Labour inspector James Kgobe from the Department of Labour confirmed to Africa Check that a full time job “is defined by the normal working hours of up to 45 hours a week”.

How it works is that SANRAL adds up the total number of hours worked by everyone on its different projects in a year, and divides it by 2,000, to arrive at an “average equivalent” of full-time jobs. The figures SANRAL report, therefore, do not reflect the exact number of jobs created. Mona was unable to tell us how many of the jobs were, actually, permanent. He said: “We do not monitor the number of permanent positions, as these are on our more than 500 projects run by contractors across the country.”

SANRAL’s Facebook post was misleading. By waiting eight days, they would have been able to provide the public with the most recent job creation figures available. This showed 10,000 “full-time jobs”, less than the 18-month old number from 2013/14 which they cited. The figure also did not show the number of jobs or permanent positions created, but reflected an estimate calculated by the number of hours everyone worked on all projects in the 2013/14 year. It is encouraging that the agency have now posted a new infographic, noting the specific financial year the referred to. However, SANRAL still does not explain how it calculated the number of “full-time” jobs on the infographic. DM

Photo: Rush hour traffic is congested as people rush to get home on the N1 highway in Johannesburg, South Africa, 04 December 2013. The newly implemented E-Toll toll system that came into effect on 03 December 2013 has been received with huge protest by the majority of road users in the Johannesburg and Pretoria area. EPA/KIM LUDBROOK