Op-Ed: Trampling on the rule of law in Lesotho 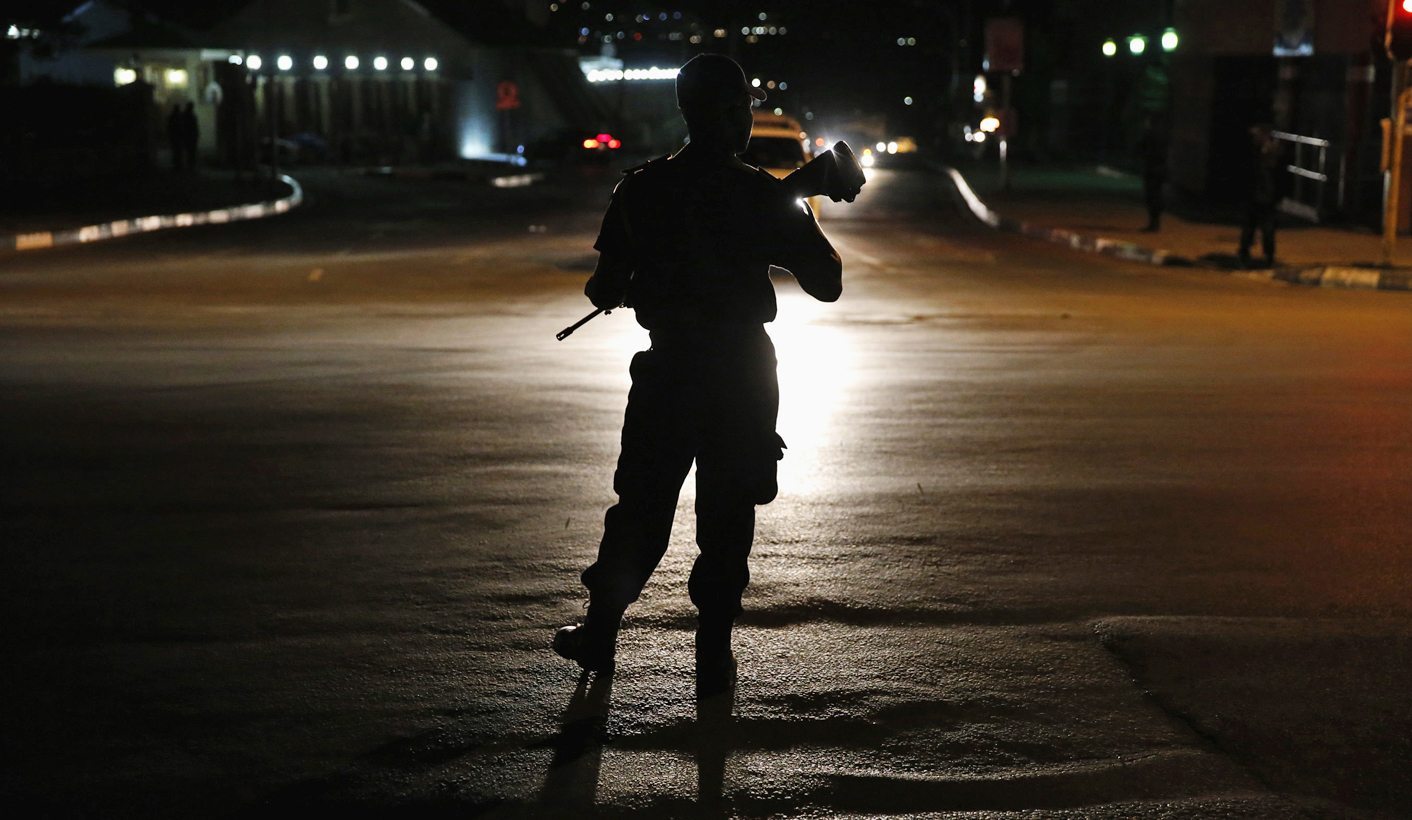 Lesotho has faced repeated political and security crises over many years. Politics in the impoverished mountain kingdom has been marked by coups and assassinations and ever increasing control by the military. Factions within the military have jostled for power, frequently employing unlawful means. And South Africa has been intervening in these crises for many years. By KAAJAL RAMJATHAN-KEOGH.

In August 2014, factions loyal to Lesotho’s previous army commander, General Tlali Kamoli, allegedly lead a coup attempt against then president Thomas Thabane. The home of the then-Lesotho Defence Force (LDF) commander, Brigadier Maaparankoe Mahao was peppered with bullets. Following the intervention of the Southern Africa Development Community (SADC), early elections were held in February 2015, and Prime Minister Pakalitha Mosisili and his party the Democratic Congress formed a coalition government with Mothetjoa Metsing’s Lesotho Congress for Democracy. Thabane’s All Basotho Convention received the second-largest number of seats (46) behind the Democratic Congress (47). No party achieved an outright majority. Things were relatively calm until May 2015 when Kamoli was re-appointed as commander of the LDF, replacing Mohao. Shortly thereafter a large number of LDF members were apprehended on suspicion of plotting a mutiny. It was allegedly in the course of these ‘arrests’  that Mahao was shot and killed by members of the LDF.

There has been a blatant disregard for the rule of law which has seen ongoing human rights violations on all sides. The country faces deepening instability unless there is a mediated solution which effectively deals with the far reaching powers of the LDF and the defence minister and which ends impunity for rogue LDF members on whose support political factions rely to ensure their grip on power. This has created an environment where citizens are fearful of reprisals if they are compelled to cooperate with the Southern African Development Community (SADC) commission of inquiry. Lesotho nationals remain afraid for their safety and several human rights defenders, soldiers and opposition party members have fled to neighbouring South Africa.

The SADC commission of inquiry, which ended prematurely on 25 October, was unable to adequately conclude its business due to the non-cooperation of certain LDF members. The commission was supposed to sit until 10 November. Its mandate was to investigate the allegations of a mutiny by members of the LDF as well as the assassination of ex-army chief Mahao on 25 June, for which the LDF is being held responsible. The commission sat in Maseru, Lesotho and in Thaba Nchu, South Africa, to accommodate the testimony of exiled opposition leaders and soldiers. The SADC intervention was initiated by a request from Mosisili. The commission is due to make its report available on 10 November. However, whether the report is released to SADC or the Lesotho prime minister is unclear.

Following the attempted mutiny in May, around 50 LDF soldiers were arrested. This conveniently coincided with Kamoli replacing Mohao as commander of the LDF. The manner of the arrests and ongoing detentions of the LDF soldiers is of serious concern. The soldiers were apprehended by heavily armed, unidentified masked men. This left the soldiers’ families frantic for their welfare and led to a series of habeas corpus proceedings in June. During the course of these proceedings there appeared to be evidence of torture and abuse of the detained soldiers. According to LDF Brigadier Ramanka Mokaloba’s tesimony at the commission in October, these masked individuals were Special Forces members and it is usual fot them to wear masks during special operations.

The SADC was called in to intervene in July and Mosisili attempted to amend the SADC commission’s terms of reference through a Government Gazette notice; a move that was resisted by South African Deputy President Cyril Ramaphosa, the SADC’s Lesotho mediator. Mosisili has initiated court martial proceedings against the soldiers accused of supporting Mahao in the alleged mutiny. As a result of the closed arrests of the detained LDF soldiers they were unable to participate in the SADC commission process even though their evidence would have been vital to the inquiry. The commission took a decision to stay the court martial proceedings until the completion of its work. However, this position changed due to an agreement between the SADC and Mosisili, and court martial proceedings commenced on 8 October before being postponed again until 1 December.

Twenty-three detained LDF soldiers challenged their ongoing detention before the Lesotho High Court and received relief from Judge Molefi Makara, who found that their ongoing closed arrests were unlawful. Makara handed down this judgment on 5 October and several weeks later the soldiers remain unlawfully under arrest. In fact, they were controversially released and re-arrested soon after their successful court challenge.

The LDF soldiers supporting Kamoli who were called on to testify proceeded to resist enquiries from the SADC commission. The commission received evidence from LDF soldiers exiled in South Africa but Mokaloba refused to answer their allegations, stating that they were not relevant to the SADC inquiry if the evidence was not received in Lesotho. LDF lawyer Advocate Salemane Phafane insisted that the commission should operate under Lesotho laws. Judge Mphaphi Phumaphi, chairing the commission, confirmed that the commission has powers in all member states and answers to the SADC, not to the prime minister of Lesotho. The issue of the commission’s legal standing and the admissibility of the evidence gathered in South Africa will continue to be in dispute. This is being highlighted in another legal challenge to the commission’s jurisdiction being brought by LDF Lieutenant-Colonel Tefo Hashastsi.

Former prime minister Thabane believes the army’s interference in the running of the country is at the root of the Lesotho crisis. The LDF appears to be central to the conflict in Lesotho and South Africa’s deep rooted involvement in and influence over Lesotho’s political affairs is neither healthy nor conducive to creating an environment in which democracy and good governance can function. Political stability requires the LDF to release its grip on politics and for the military to take a back seat. DM

Kaajal Ramjathan-Keogh is the executive director of the Southern Africa Litigation Centre.