Leopard hunting: Restricted but not banned 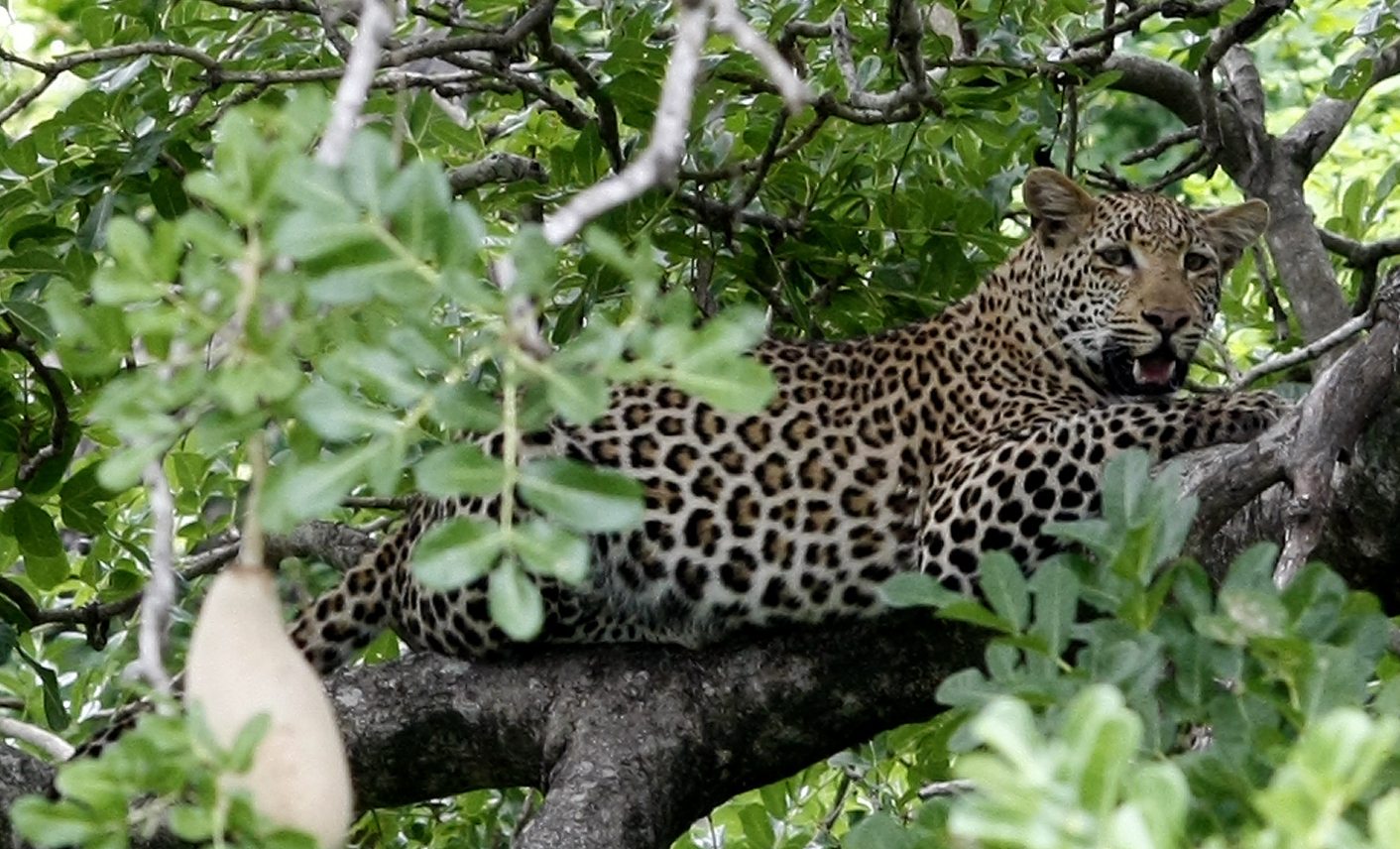 Leopards are in trouble. But how much is hard to tell. For hundreds of years they were classed as vermin. Today we don’t know how many have survived the guns – they’re elusive and hard to count – so it’s almost impossible to work out whether hunting them is sustainable. But in slow, incremental steps, the South African government is finally doing something about it. By DON PINNOCK.

The South African government has found that trophy hunting of leopards poses a high risk to the survival of the species and has recommended restrictions although not a total ban. A notice in the Government Gazette warns that if they are not adhered to, provincial quotas for 2016 will be cancelled. It notes that the number of leopards in the country is unknown and, for this reason, the sustainability of hunting cannot be accurately assessed.

The directive, issued by the Department of Environmental Affairs, appears to be what is described, rather cryptically, as a “negative non-detrimental finding”. Leopard specialist Guy Balme of Panthera explained that this means hunting is likely to have a detrimental effect.

But the directive appears to allow limited hunting to continue for the time being. This has disappointed conservationists who would like to see a total ban. The Conservation Action Trust has pointed out that sustainability cannot be assessed if we do not know the total leopard population or population trends.

Under the Convention on International Trade in Endangered Species of Wild Fauna and Flora, South Africa is permitted to allocate 150 trophy export permits a year, but has limited this to about 90.

According to John Donaldson, who chairs the Government Scientific Committee, the reason for considering the continuation of hunting once the conditions are met is that most leopard ranges are on private property. He says the Scientific Authority favours regulation of trophy hunting over banning because it offers a greater chance of success. The idea is that by allowing farmers to sell legal hunts, the value of leopards, and hence their protection, is increased.

At best this is a hope and not a finding, because for hundreds of years the cats have been considered vermin to be shot on sight. Whether farmers would be prepared to go through the permit application process remains to be seen.

The directive – which also includes lions, zebra, bontebok and the fan aloe – consolidates two previous sets of recommendations on leopards which included a ban on the killing of all females or any male under the age of seven and the allocation of permits to landowners rather than hunting outfitters. It called for public comments but provided only 30 days’ notice. Submissions closed on October 10.

It adds that because, until now, there have been no restrictions on the sex, age or size of leopards that can be hunted, take-off is indiscriminate, often targeting reproductive females whose cubs would die without their mother. It found that “the risk of extinction almost doubled when females were included in the quota”.

Research published by government scientists in May noted that:

Trophy hunting, however, is not the greatest threat to leopards. Far greater off-take is from ‘problem-animal’ killing and the use of leopard skins for ceremonial regalia. Among the Zulu, wearing a leopard skin was a sign of royalty and an acknowledgement of power and prestige. Increasingly this practice has been adopted by male members of the Shembe Baptist Church. So what was once a privilege among a select few is now common practice among the Shembe’s congregation of more than 1-million followers.

The desire for skins may stem from reverence for leopards, but many Shembe seem not to realise the jeopardy in which they are placing the cats or that owning their skins is illegal. This is putting tremendous pressure on the leopard population and has opened a lucrative market for anyone able to supply skins, some coming from as far afield as Mozambique, Zimbabwe, Malawi and Zambia.

Surveys suggest that between 1 500 and 2 500 leopards are killed each year to meet the Shembe’s demand, with roughly 15,000 skins already in circulation. It is probably the largest collection of illegal wildlife contraband anywhere in the world. In comparison, the number of trophy leopards exported in 12 years between 2001 and 2013 was 1,270.

Until recently, officials turned a blind eye to the traditional practice because it was considered culturally sensitive. But leopard harvesting is now so huge that the Department of Environmental Affairs is realising that urgent action is required.

Some relief comes from a pioneering project led by Panthera, the Peace Parks Foundation and Cartier, which worked with clothing companies to produce a faux leopard skin. Nine thousand fake skins have already been distributed to the Shembe and a further 11,000 are planned for distribution by the end of 2017.

“The problem remains that we just don’t know how leopards are faring in South Africa,” says Balme. “Leopards are secretive, mainly nocturnal, solitary and range over huge areas. Counting them requires intensive research using expensive technology such as camera traps, which can only be deployed over small areas; far smaller than the landscapes at which hunting quotas are determined.

“It seems prudent that hunting should only continue once the appropriate measures are in place. Only then can we be confident that the practice is sustainable and not putting additional pressure on leopard populations already under a great deal of strain from other threats.

“The South African government is trying, admirably, to come to grips with this complicated issue. By law, South Africa has to demonstrate that hunting, in addition to all the other threats facing the species, is not having a detrimental impact on leopard populations and at the moment we cannot do this.”

This is true for most of Africa. According to the International Union for the Conservation of Nature (IUCN), the hunting of leopards, as with many other species, is accelerating their demise:

“Leopards are declining in large parts of their range due to habitat loss and fragmentation, as well as hunting and pest control. Trophy hunting leopards may have negative impacts at the demographic and population level, especially when females are shot.

“The IUCN Red List views these threats significant enough that the species could soon qualify for ‘vulnerable’ from its current listing of ‘near threatened’.” DM