The water and shale gas nexus: Who needs Who? 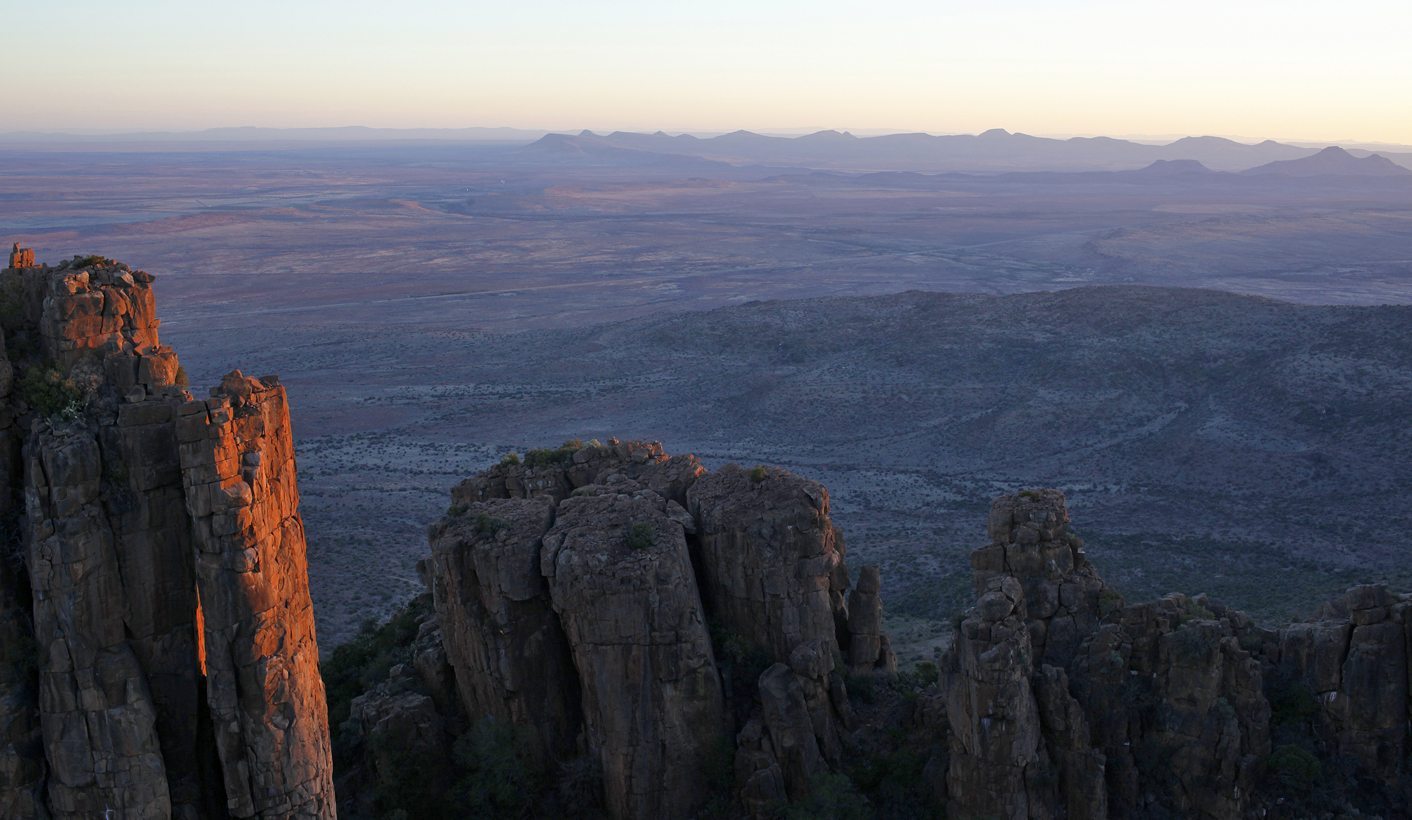 As shale gas seeks to become a major player in the global energy supply, there is growing public concern about the possible effect on the environment. While all the potential environmental externalities of shale gas extraction are worthy of further exploration, it is the water-related effects that will be the elephant in the room when it comes to the viability of this resource. By TJAŠA BOLE-RENTEL and SALIEM FAKIR.

As shale gas seeks to become a major player in the global energy supply, there is growing public concern about the possible effect on the environment of shale gas extraction. These include water shortages, groundwater and surface-water pollution, fugitive greenhouse gas emissions, local air quality degradation, induced seismicity, ecosystems fragmentation, and various community effects. In South Africa, such public pressure has led to the establishment of a strategic environmental assessment of fracking – work has already commenced for the 18-month process. While all the potential environmental externalities of shale gas are worthy of further exploration, it is the water-related effects that will be the elephant in the room when it comes to the viability of this resource.

The relation between water and shale gas essentially boils down to three questions: 1) Where can large enough amounts of water be economically sourced? 2) What are the best technologies to manage, treat and dispose of fracking wastewater? and 3) How can short-term and long-term water contamination risks be managed?

Let’s start with the issue of water sourcing. Although a number of liquids can be used as carrier fluid for hydraulic fracturing, water is still the preferrence. The drilling and completion of shale gas wells usually requires water inputs that average between 10- and 20-million litres per well, for a single fracturing event. For the exploratory phase, we do not envisage water availability to be a significant issue, simply due to the small number of wells, but it will become an issue as drilling intensifies. Shale gas extraction is an expansive activity, so gas-bearing areas are usually dotted with thousands of wells, cumulatively requiring water inputs of billions of litres. It is also important to note that an increasing number of wells are potentially re-fractured at regular intervals if re-fracking is an economically viable option to expand the viability of pre-existing fracked wells. This increases the water intensity of extraction and can bring the total volume of water used over the lifespan of a gas field into tens or even hundreds of billions of litres.

So where could the water required to extract the gas in the Karoo come from?

The first and generally least expensive source considered by industry is surface water, where available. In South Africa, nearly 80% of water supply comes from surface water (Department of Water Affairs, 2004), and more than 97% of the available surface water has already been licensed for existing uses. In some areas targeted for shale gas exploration, the availability of surface water is even more restricted. For instance, the Gariep (formerly Orange) catchment has been proposed as a possible surface water source, however the formerly upper Orange catchment area is close to being fully allocated, and the formerly lower Orange catchment is already fully allocated (Department of Water Affairs, 2014). It is estimated that by 2025, the lower Orange water management area, which encompasses the biggest shale gas prospecting area, will require water imports of almost twice the current local reliable yield to meet expected demand, and this without taking into consideration possible shale gas developments. In those areas finer consideration will need to be given to the potential for water stress, conflicts and prioritisation.

If surface water is a resource of restricted prospects, then what about groundwater?

Groundwater supplies in South Africa are even more limited, and anyway the two water sources are often interconnected so the over-use of groundwater can affect surface water resources, as well as potentially lead to land subsiding. In addition, while groundwater supplies are replenished by precipitation, in dry regions this process may take decades so the maximum sustainable rate of extraction is not easy to determine.

Currently under-utilised water sources such as dams owned by some farmers may seem to be an obvious choice, however, they are a critical buffer in periods of drought and may well be unable to provide this important service if they are tied into a long-term water supply agreement with a gas company.

Water supply restrictions can inhibit the shale gas industry itself. This has happened in a number of cases in China (especially since Chinese shale seems to require more water to frack than the US formations), in Mexico, which suffered a severe drought in 2012 and does not seem to have sufficient water supplies to expand its fracking efforts, and even in the south-east of England, where extreme weather events (both droughts and floods) have affected water delivery systems and held back the industry. Even the US shale industry is not immune to setbacks caused by water supply shortages, as shown by the case of Pennsylvania, which is generally considered a relatively water-rich state. In 2011, 13 previously approved water withdrawal permits in Pennsylvania’s Susquehanna River Basin were temporarily suspended owing to low stream levels; 11 of these permits were for natural gas projects (Susquehanna River Basin Commission 2011).

Recent technological advances have allowed the industry to increasingly re-use its own wastewater, which is generated in large amounts when a portion of the injected fracturing fluid returns to the surface through the well following its completion. This water – referred to by the industry as ‘produced water’ – can run into millions of litres and is high in dissolved minerals, including trace amounts of naturally occurring radioactive metals, residual fracturing chemicals and dissolved hydrocarbons. Produced water can undergo basic treatment (usually onsite) and be re-used in future fracking operations.

Treatment regimes have to entail bringing contaminated and even deep brine water (also a possible water source) to acceptable levels of salt concentration to ensure the chemical concoctions needed for successful fracks can be achieved at the least cost. The use of wastewater can relieve the pressure on existing water allocations, but never completely remove demand for other water sources, simply because produced water is only a fraction – usually less than 50% – of the injected fracturing fluid. In addition, it generates other risks and challenges. Shale gas development watchdogs in the US have reported a number of cases where tankers transporting fracking wastewater leaked and valves were accidentally or intentionally opened, allowing the produced water to flow out onto roadways and roadsides, of traffic accidents that resulted in chemical spills, instances where water was illegally dumped onto private or public land or surface water bodies rather than being properly disposed of, and where onsite waste ponds overflew, spilled or leached into groundwater and into streams close to a site.

Enhanced economic activity brought about by shale gas developments will no doubt pose some challenges for the managers of our water resources. In any case, localised conditions of water competition tend to be the central stress points, even if the national situation is not critical. Availability of water is a product of management interventions and natural conditions, and the more variable natural conditions are, the more the reliance on engineered solutions to smoothen the variability of natural water supply. South Africa’s own water security is the result of extensively engineered solutions from several decades of investment.

The abundant, secure water supply needed to ensure that shale gas production is sustained to healthy economic perimeters may require the industry to pay a premium for its water sourcing. This will no doubt influence the economics of shale gas, which are already marginal. If nature cannot yield more of its capacity, the industry will have to rely on other sources, including its own wastewater, while learning to better manage the risks associated with it.

It is for this reason that the water challenge of shale gas should not simply be taken at face value – something that is purely the preserve of nature’s bounty. Water availability is a product of a dynamic relationship between natural processes and human management systems. Understanding both informs a fuller picture of the water stress situation and its economic dynamics for shale gas. Even, if engineered solutions saves the day they could come at a cost that makes fracking unfeasible commercially.

The issue of water has been fully evaluated in a WWF study and follows the economic framework study released earlier this year. DM

Photo: The sun sets over the Valley of Desolation near Graaf Reinet in the Karoo, South Africa October 11, 2013. REUTERS/Mike Hutchings