Op-Ed: How Africa can fix the International Criminal Court 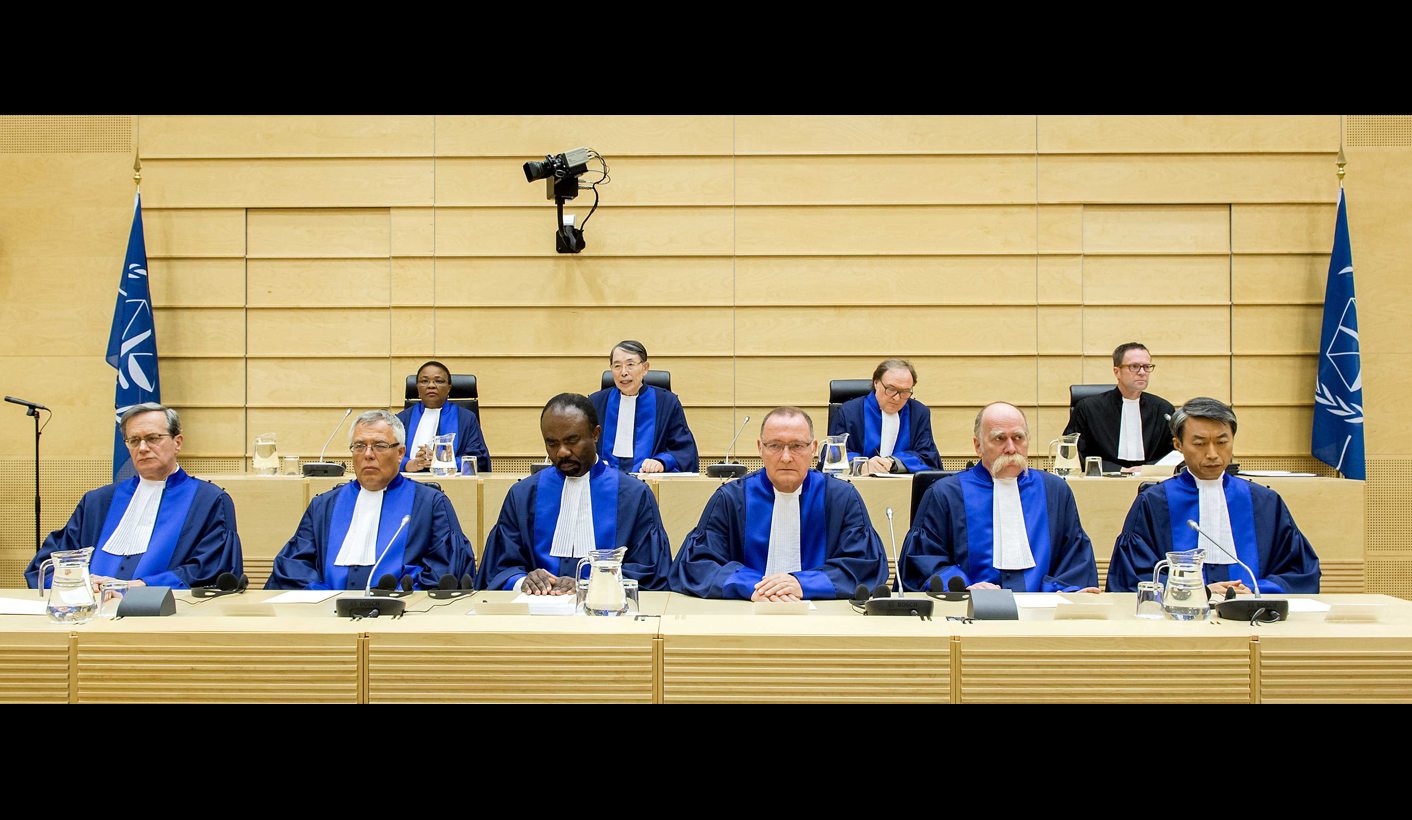 The ruling African National Congress's demand that the South African government should pull out of the International Criminal Court is defeatist, naïve and reactionary. African states have largely themselves to blame for the fact that the continent has been singled out by the court, and rather than withdraw they should use their political muscle to ensure that prosecutions are brought against non-African leaders too. By JOHN DUGARD.

Africa occupies a key position in the International Criminal Court (ICC). It is the largest regional group with 34 member states; the present prosecutor of the court is an African woman – Fatou Bensouda of The Gambia – and four of the 18 judges on the court are from Africa, including the vice-president, Joyce Aluoch of Kenya. Africa is not therefore a marginal player in the ICC.

Despite this the ICC is more criticised in Africa than any other continent. In large measure this criticism comes from the leaders of non-member states, such as Zimbabwean President Robert Mugabe and Sudanese President Omar al-Bashir, who are themselves accused of committing international crimes.

But the leaders of member states, whose judges serve or have served on the court, have given support to the criticism and condemnation of the court. Perhaps the three most vocal leaders of this group are Kenyan President Uhuru Kenyatta, Ugandan President Yoweri Museveni and South African President Jacob Zuma.

Two main criticisms are directed at the ICC. First, that only cases from Africa have to date been tried or are being tried by the ICC; and, second, that the ICC has no competence to prosecute African heads of state.

The first criticism calls for two responses. Since it came into existence in 2002 the ICC has dealt with nine ‘situations’ involving the commission of international crimes. All are from Africa but of these five have been referred to the court by African states themselves: namely the Democratic Republic of Congo, Uganda, the Central African Republic (two situations) and Mali. Such self-referrals are not expressly contemplated by the Rome Statute of the ICC but some African states have found it politically expedient to refer cases from their own countries to the ICC.

This means Africa cannot complain about the majority of cases being prosecuted before the ICC, as they have been brought to the court by African states themselves.

Here Africa has a legitimate complaint that it has been discriminated against, but the fault for this lies with the Security Council and not the ICC. Africa should therefore level its complaints on this score against the unfair composition of the Security Council which permits such unequal treatment.

The remaining two situations involving Kenya and Côte d’Ivoire have been brought before the ICC by the previous prosecutor, Luis Moreno Ocampo. No doubt the criticism of the prosecutor for pursuing the situation in Kenya and indicting Kenyatta is well placed. There were more deserving cases, again such as Palestine, which he could have prosecuted.

Today the main complaint of the African Union is that heads of state such as Al-Bashir and Kenyatta have been indicted by the ICC. The dropping of charges against Kenyatta has not stemmed the flow of criticism of the court. African heads of state claim that heads of state are immune from prosecution and are not accountable for their actions, even if such actions constitute international crimes. This complaint is valid – if it means that it is unfair that other world leaders, such as former US president George W Bush, Al-Assad and Israeli Prime Minister Benjamin Netanyahu, go free while Al-Bashir is charged. But it is not valid if it means that dictators with blood on their hands are above the law and should not be held accountable.

Given their central position in the ICC, the question arises as to why African states have not done more to air their grievances in the political organs of the ICC and the UN.

African states have largely themselves to blame for the fact that Africa has been singled out for attention by the ICC. Rather than withdrawing from the ICC they would be wiser to use their political power to ensure that prosecutions are brought against non-African leaders. It is ironic that many African leaders – notably Zuma – profess support for the Palestinian cause but at the same time seek to destroy or weaken the very institution upon which Palestine has pinned its hopes for international justice.

The African National Congress’s demand that South Africa should withdraw from the ICC is defeatist, naïve and reactionary. It is defeatist in that it accepts, incorrectly, that it and the African bloc in the ICC could not change the course of the ICC to ensure that non-African offenders are also prosecuted.

It is naïve because it is premised on the creation of an African international criminal court. The ICC has an annual budget of more than 120-million euros ($160-million). Where would the financially restricted African Union find funding for a budget of even a quarter of this amount? The sad truth is that Africa cannot afford a proper international criminal court of its own.

Finally, the ANC demand is reactionary in that it aligns itself with African dictators who seek to avoid accountability for their crimes. In so doing it abandons the legacy of Nelson Mandela who sought to place respect for human rights and accountability for international crimes at the top of his foreign policy priorities. DM

Professor John Dugard is expert on international law. He is an honorary professor of law at the University of Pretoria and professor emeritus at the university of Leiden. He sits as a judge ad hoc in the International Court of Justice, the principal judicial organ of the United Nations which adjudicates on disputes between states.