Op-Ed: The #FeesMustFall fight is not just about fees 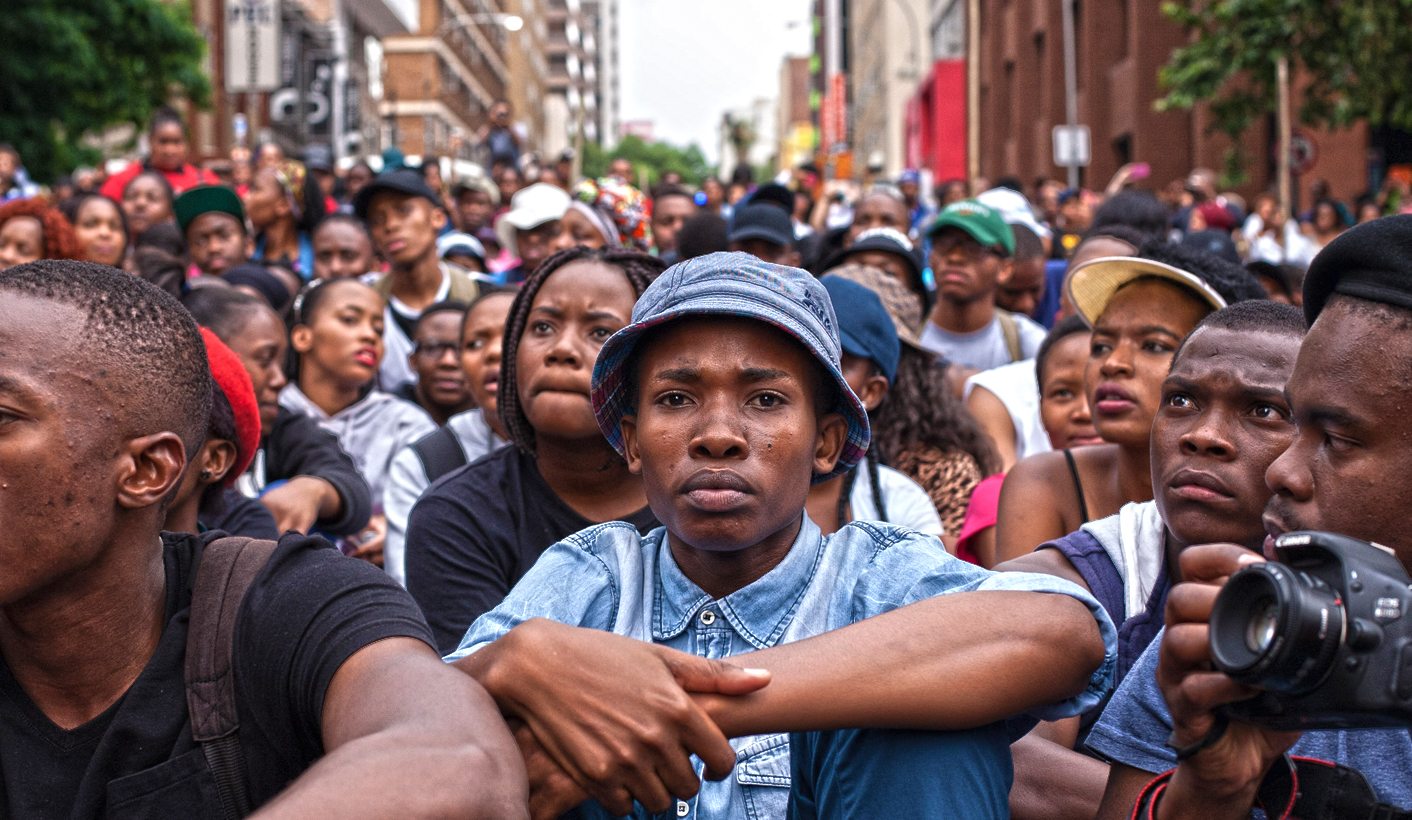 South Africa's post-apartheid reality has unfolded with massive disconnects between the provision of the rights enshrined in our much-lauded Constitution and the realities on the ground. The current wave of student protests across universities is a clear indication that students are fed up with not being able to afford exorbitant fees; with the conditions they live in; the poor prospects of employment after studying; and with state money being wasted through corruption. By POOVEN MOODLEY and FATIMA SHABODIEN.

In 1994 we celebrated the successful liberation struggle that brought down the apartheid system and ushered in the dawn of democracy. We recalled the Freedom Charter developed in Kliptown Soweto in 1955 and announced one of the best Constitutions in the world, guaranteeing a range of rights, including the right to education. Sitting on the lawn of the Union Buildings in Pretoria, watching the inauguration of the first black president of South Africa, we imagined that our hard struggle days were over, and that we would be moving towards a South Africa in which we would all have access to quality basic services and live lives of dignity.

We imagined a country that was content with the progress made in reversing the negative effects of colonisation and apartheid. We envisioned a country in which inequality was on a rapid path of decline, based on productive assets being shared more equally and people having access to quality health and education. We conceived of a country where women would not bear the brunt of violence and poverty.

Our post-apartheid reality has, however, unfolded with massive disconnects between the provision of the rights enshrined in our much-lauded Constitution and the realities on the ground. The growing discontent of people living in poverty is being expressed through different forms of mobilisation and protests, with South Africa earning the dubious title of ‘protest capital of the world’ with an average of 35 protests every day!

People are organising and mobilising to protest against the horrendous living conditions –without proper housing; and a lack of safety; electricity; water supply; and sanitation. Despite being a middle-income country, as many as one in four people in South Africa go to bed hungry each night. Families continue to struggle to survive as the economy continues to plummet and unemployment continues to surge, especially among the youth.

It is under these conditions that poor black students are meant to study and pass their exams. Many families struggle to even buy food, it is almost impossible for the poor to afford the school fees required to access quality education. The result is a reproduction of the apartheid structure of poverty, power and privilege.

Some of their parents work in the mines— the same mines where workers continue to protest, demanding a living wage to provide for their children and themselves. Some of these miners were among those shot down by the police — 34 losing their lives because they dared to push for a decent salary that would put food on their tables and contribute towards a decent education for their children.

The current wave of student protests across all universities in South Africa is a clear indication that students are fed up with not being able to afford exorbitant fees; with the conditions they live in; the poor prospects of employment after studying; and with state money being wasted through corruption. Historically, student uprisings have denoted pivotal moments in the struggle for freedom in South Africa.

Students rose up in 1960, 1976 and 1985, and are doing so yet again. What started and continues to be a protest about fees is fast becoming a protest about the broader consequences of inequalities, where a privileged few monopolise the resources of the country while the majority languish in poverty.

While we fought for freedom and wrote our own radial Constitution, the entrenchment of a post-apartheid neo-liberal economic system has locked South Africa into a system wherein the rich only get richer and the poor poorer.

The student protests have reinvigorated the ongoing fight against inequality and for the right to exercise our constitutional rights and freedoms.

The #FeesMustFall student protests already offers many insights into how change happens. Activism where people are prepared to fight to the end for the cause they believe in, very often leads to change. It is also clear that campaigns are not dependent on donors or funding. It is about organising and mobilising.

Campaigns using the prescribed channels, dictated by the state, often fall on deaf ears and lead to no real tangible change. And so, tactics that disrupt ‘business as usual’ capture the attention of the world and are crucial for change. Students who have united across political, race, gender and class lines have strengthened the resolve and forged a much stronger force in the fight against inequality.

The student protests have given activists across many sectors hope. They have shown that people can still claim back and hold power. They show that people in South Africa will continue to fight for their rights and for a life of dignity. They will continue to use the Freedom Charter and the Constitution to ensure that the government is held accountable for the promises made and the rights that are enshrined. It is difficult to predict at this stage when the protests will end and how these will help drive the broader struggle against injustice and inequality forward. What is certain is that these protests have given people more hope that change is possible and that it will happen within a shorter timeframe.

In the ‘80s we often chanted the popular slogan “The doors of learning shall be open to all”, and in 2015 this slogan has made its powerful return to public discourse. While there has been some level of transformation there is certainly a need for much more, within a much shorter time. Aluta continua! DM