Op-Ed: A moment of possibility for universities

Op-Ed: A moment of possibility for universities 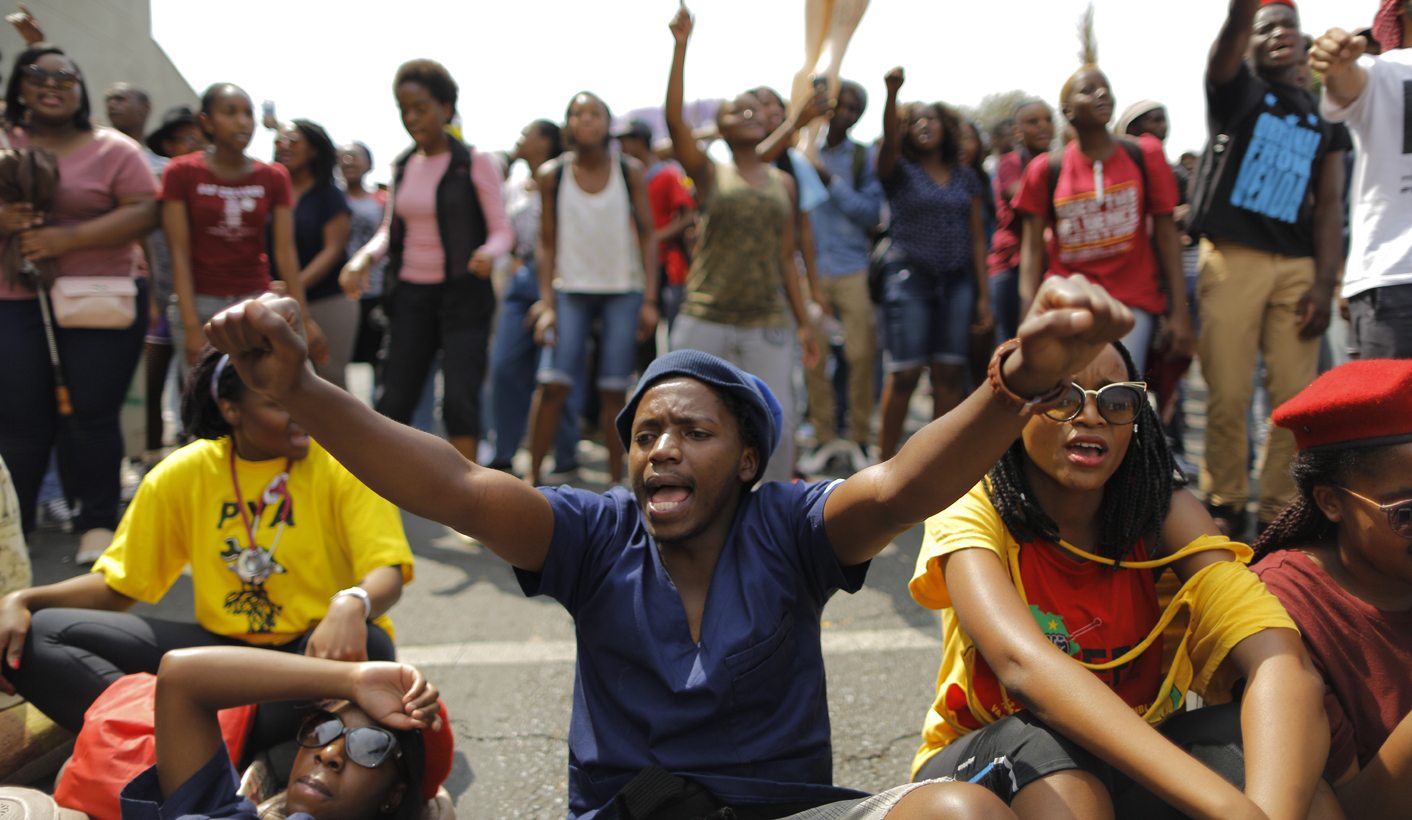 There is a long history in Africa of struggles against exclusions from universities on financial grounds. In South Africa there is a 20-year history at some universities of annual struggles around exclusions. But these struggles have often resulted in a stalemate. Even as students have won access to universities, departments have been closed, tutors done away with, class sizes inflated, teaching contracted out to junior people paid per lecture and libraries diminished. But there is now a moment of historic opportunity that, if it can be seized and sustained, and its rebellious energies carefully honed, can make a decisive break with the long attack on African universities. By RICHARD PITHOUSE.

On 16 May 2001 there was a protest against the financial exclusion of 500 students on the campus of what was then the University of Durban-Westville. A police officer shot and killed Michael Makhabane, an unarmed 23-year-old student. The officer fired a shotgun at Makhabane at such close range that the plastic casing covering the pellets entered his body, just under his heart, before exploding inside his chest. He died very quickly, perhaps hearing the shriek of a startled hadeda, his eyes still open under the pale blue of an autumn sky.

Like Andries Tatane, infamously murdered by the police during a street protest 10 years later, Makhabane was from Ficksburg. He may have been the first person to be killed by the police during a protest after apartheid. He was unarmed. Eyewitnesses reported that he hadn’t been a protagonist in the protest and had been passing by when he was killed. The police claimed he had been shot with a rubber bullet while trying to hijack a car. They lied, as they habitually do in these situations.

As is so often the case, the media coverage of the event was abysmal. The students appeared as barbarians, violent and irrational, rampaging at the gates of civilisation. The police appeared as rational actors committed to a legitimate sense of order, an order assumed to be in the general interest.

When there was critique it tended to read the murder of Makhabane, and murder it was, as a case of the apartheid past snaking into the present. But we were not alone. There was, as always, a world beyond the special attention we give to our own wounds. During just 10 days in the previous month, April 2001, the Committee for Academic Freedom in Africa had documented one police murder of a student in Harare, another in the Kabylia region of Algeria and the murder of 38 people in Addis Abba. After the massacre in Addis Abba thousands of students were rounded up and detained in a concentration camp.

Discussions of the struggles by students, and academics, across Africa, and for much of the ’80s and ’90s, to keep universities and departments going, and to keep spaces open for students, often make reference to a meeting of African vice-chancellors held in Harare in 1986, at which a World Bank official is reported to have stated that “Africans don’t need universities”.

The place that had been allocated to Africans in the global economy was confined, in a version of the old colonial model, to resource extraction and low wages. The thinking, the World Bank assumed in classic colonial fashion, should be done in Europe and North America. Structural adjustment programmes were used to force governments across Africa to withdraw investment from universities. But, as the Committee for Academic Freedom in Africa noted, African academics and students refused to accept this. Their constant resistance, often at great cost, led to a stalemate in which universities continued to exist, and to accept students, but operated without the resources needed to make them viable. There was mass emigration of the most talented academics and those who stayed often worked other jobs, or kept going by doing consultancy rather than independent academic work.

In South Africa we embarked on our own structural adjustment programme in 1996. This is one reason, among others, why there has never been adequate investment in universities at any point since the end of apartheid. When universities have found ways to make up the shortfall they have done so by competing for rich students, for donor money – which seldom comes without agendas, frequently evidently imperial – and pushing academics to become good fund raisers rather than good intellectuals and teachers. Much of this militates against the imperatives to deracialise and decolonise. The decline in state investment in universities, and the increasing pressures to run universities on a commercial basis, has seriously compromised the integrity of teaching and research. When students are customers and companies and donors are clients, the university is often more of a service provider to the powerful than a site of autonomy and critique, let alone a home for the oppressed.

There is a long history on the continent of struggles against exclusions from universities on financial grounds. Here there is a 20-year history at some universities of annual struggles around exclusions. But these struggles have often resulted in a similar sort of stalemate to that described by the Committee for Academic Freedom on the rest of the continent. At the same time as students have won access to universities, departments have been closed, tutors done away with, class sizes inflated, teaching contracted out to junior people paid per lecture, libraries diminished and even paper deemed a luxury.

As is often the case, a version of what was first done to Africa has since been done in the North. In recent years students in Britain and America have been subject to serious police violence as investment in public universities has declined and students have organised against exclusion and the imposition of massive personal debt. From Santiago to Berkeley and London to Istanbul, students have been marching, occupying and organising. Now that structural adjustment has been globalised in the name of austerity what, in the 1980s, was an African struggle for the public university has become a global struggle.

This week the epicentre of that global struggle has shifted to South Africa. What we have witnessed in recent days is very different to the scattered local struggles of the past 20 years. There is now a national movement, a movement with critical mass, a movement with all kinds of connections outside of universities, a movement that has come to voice and power at a time when the African National Congress (ANC) no longer enjoys the hegemony it once did. There are certainly no guarantees but if this movement can be sustained there is now a real possibility that the battle to get student into universities, and to keep them there, can be won as well as the battle to force the state and (via taxation and progressive fee structures) the rich to invest in the creation of flourishing public universities. Over the last 20 years the first battle has often been won, albeit in local skirmishes, but never the second. In fact it’s never really been on the agenda. The local struggles around exclusions just haven’t had the reach and power to put adequate investment in universities by the state on the agenda. And because many of these struggles have been waged under the ultimate authority of the ANC there have been limits to the development of their lines of critique.

But there is now a moment of historic opportunity that, if it can be seized and sustained, and its rebellious energies carefully honed, can make a decisive break with the long attack on African universities, get serious about decolonisation and deracialisation, secure intellectual and organisational autonomy from donors and begin to take us into the realm of the political and economic innovation that we so desperately need. DM

Photo: Some of the thousands of students from Wits University demonstrate during another day of demonstrations against fee increases at their university, Johannesburg, South Africa, 20 October 2015. EPA/KIM LUDBROOK.