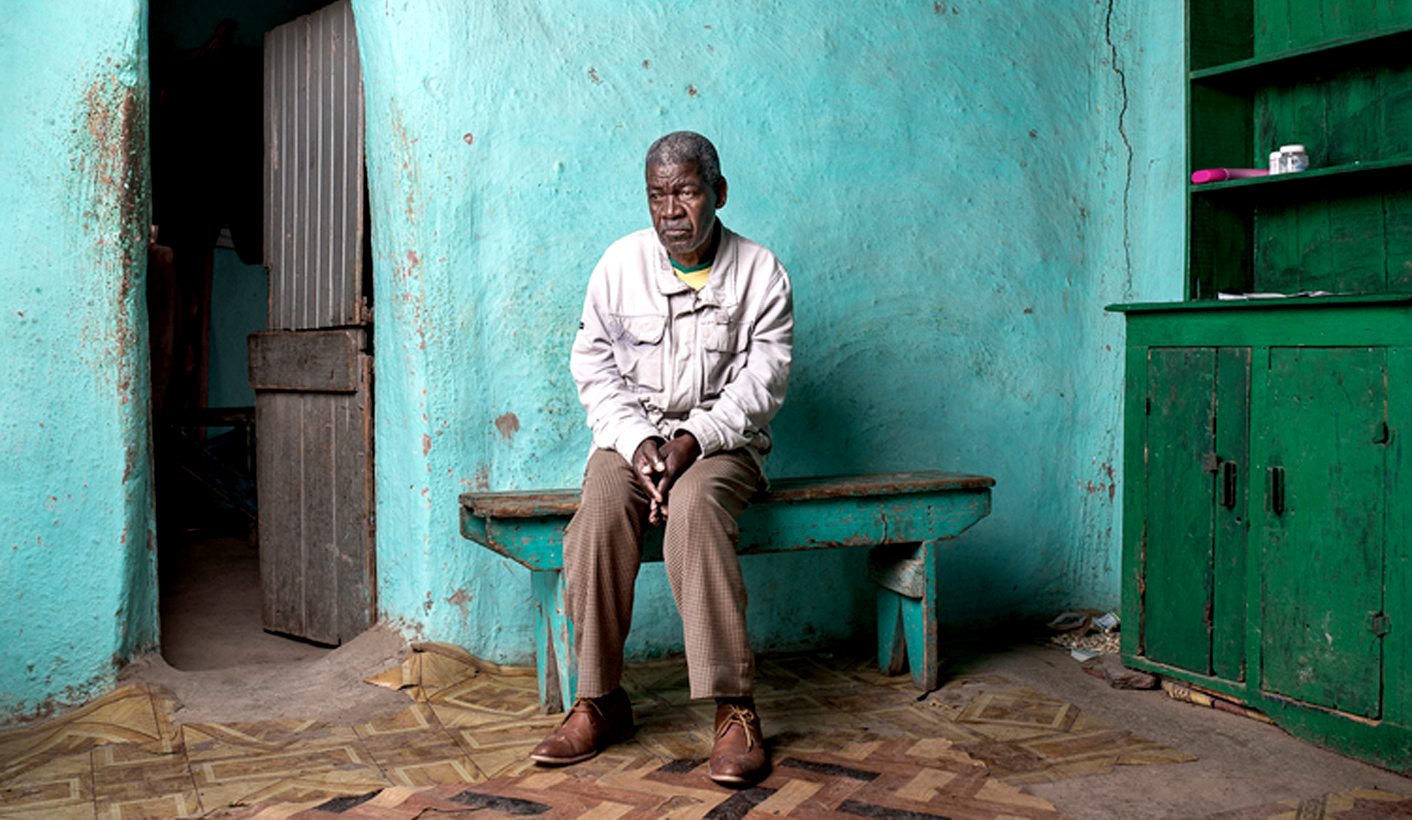 Lawyers for gold mining companies ERPM, DRD and Anglo American added their voices on Tuesday to those of their colleagues fighting the silicosis action in the South Gauteng High Court. By PETE LEWIS for GROUNDUP.

Lawyers for the miners are asking the three judges in the court to certify a class action which would enable them to claim damages from the mining companies as a class, instead of each sick former miner having to do so individually. The application includes a request that 59 mineworkers who have silicosis and/or TB should be accepted as representatives of the wider class of miners affected by the disease and the dependents of deceased miners.

Lawyers for the mining companies are arguing that the class action should not be certified by the court.

Counsel for ERPM and DRD, Advocate Bruce Leech, said the Constitution acknowledged the right of people to join together in class actions in order to get access to the courts if they could not take action individually. But, he said, there must be a clear definition of a class of persons affected to which all applicants must conform in every particular; there must be common issues or disputes between all the applicants and all the respondents; there must be a valid cause of action; and finally there must be at least one representative applicant identified for the class. Even if all these criteria were met, the court would still have to decide whether a class action was in the interests of justice, or whether some other procedure such as test cases or individual litigation would be better.

“The precedents do not support the applicants’ intention to have the class action in the manner they propose, because it is oppressive and inconsistent with the interests of justice” said Leech.

Judge Basheer Vally said though these factors had to be taken into account, the overriding consideration was the interests of justice. Chief amongst these would be the fact that without a class action, the applicants would not have their constitutionally guaranteed access to the courts.

Presiding Judge Phineas Mojapelo asked Leech directly whether in his view there were common issues or disputes across the miners’ proposed class. Leech replied that he was of the opinion that there were no common issues affecting all members of the “superclass” and all one hundred or so mining company respondents.

He questioned whether the mineworkers’ attorneys had the capacity to undertake and manage such a huge action in the interests of their clients. He questioned the justice of giving up a fight for individual damages for every mineworker in favour of a collective remedy.

The miners wanted a licence from the court to start a class action process ending with individual claims for damages for perhaps 500,000 people and their dependents, Leech said. This could take an inordinate number of years, including possibly an appeal against the findings on liability before damages could be considered. Mineworkers who did not opt out of this process would have to accept the outcome and endure huge potential delays, especially since the liability of each mining company would have to be considered separately.

Leech asked the court to consider all this before certifying such a huge class action, which would force all the mining companies to be present during all the trials, unless there was a series of mini-trials, which would mean that there was no longer a single class action.

Referring to the proposed two classes (one of miners with silicosis and one of miners with TB) and the two phases of trial (one for the determination of liability and one for the determination of damages), Judge Mojapelo asked : “What is wrong with that procedure? Is it not adequate? Furthermore, does this court have the power to tell the applicants that they must reorganise their proposal?”

Judge Mojapelo asked if the court had the power to grant certification for the silicosis case, but not for the TB without silicosis case. Leech replied that it could, because there was no commonality between silicosis and TB when it came to damages (TB is curable, silicosis is incurable and progressively worsens).

Judge Leonie Wendell pointed out that there was no need for commonality between class members when determining damages.

On the question of the number of years that one trial judge would need to determine individual damages for hundreds of thousands of mineworkers and the dependants of deceased, Judge Mojapelo suggested that damages could be determined could be undertaken by hundreds of judges sharing the workload.

Judge Vally asked if Leech would accept the class action if determination of liability was carried out on an opt-in basis (individual miners agreeing to join the class) instead of the proposed opt-out (affected miners automatically part of the class unless they chose not to be) basis? No, said Leech, proposing instead that the court could certify only liability, but not damages.

Among his clients, Leech said, DRD mine had not done any underground mining since 1997, and ERPM since 2008. Since the proposed class of mineworkers for the action was limited to underground current and past mineworkers, his clients could not fall into it, he said.

Representing Anglo American, Advocate Michael Cooper added further objections to the proposed certification. He argued that the “opt-out” method of constructing the class of mineworkers for the action might prejudice the applicants’ right of access to the courts, as their attorneys would have complete control over how the case was fought. The “opt-in” method was much better, he said, because it allowed true informed consent with each person coming forward.

Judge Vally sharply objected to the suggestion that by assisting workers to get damages for silicosis and TB, their attorneys were acting against the workers’ true interests. “That is paternalistic!” he said. Cooper insisted that the opt-out method of constructing a class for a class action was “constitutionally vulnerable”.

He drew the court’s attention to the public notice that the attorneys for the applicants had drawn up calling for sick former miners to come forward and be identified for the purposes of claims. He said that the notice was complex, and would be incomprehensible and cause confusion.

Photo: Monde Mxesibe lives in Zagwityi near Butterworth in the Eastern Cape. He is 62 years old and worked on the mines for 26 years. He has TB. In 1996 the mine told him that he would be compensated. He says he has still received nothing. (Photo by Thom Pierce)