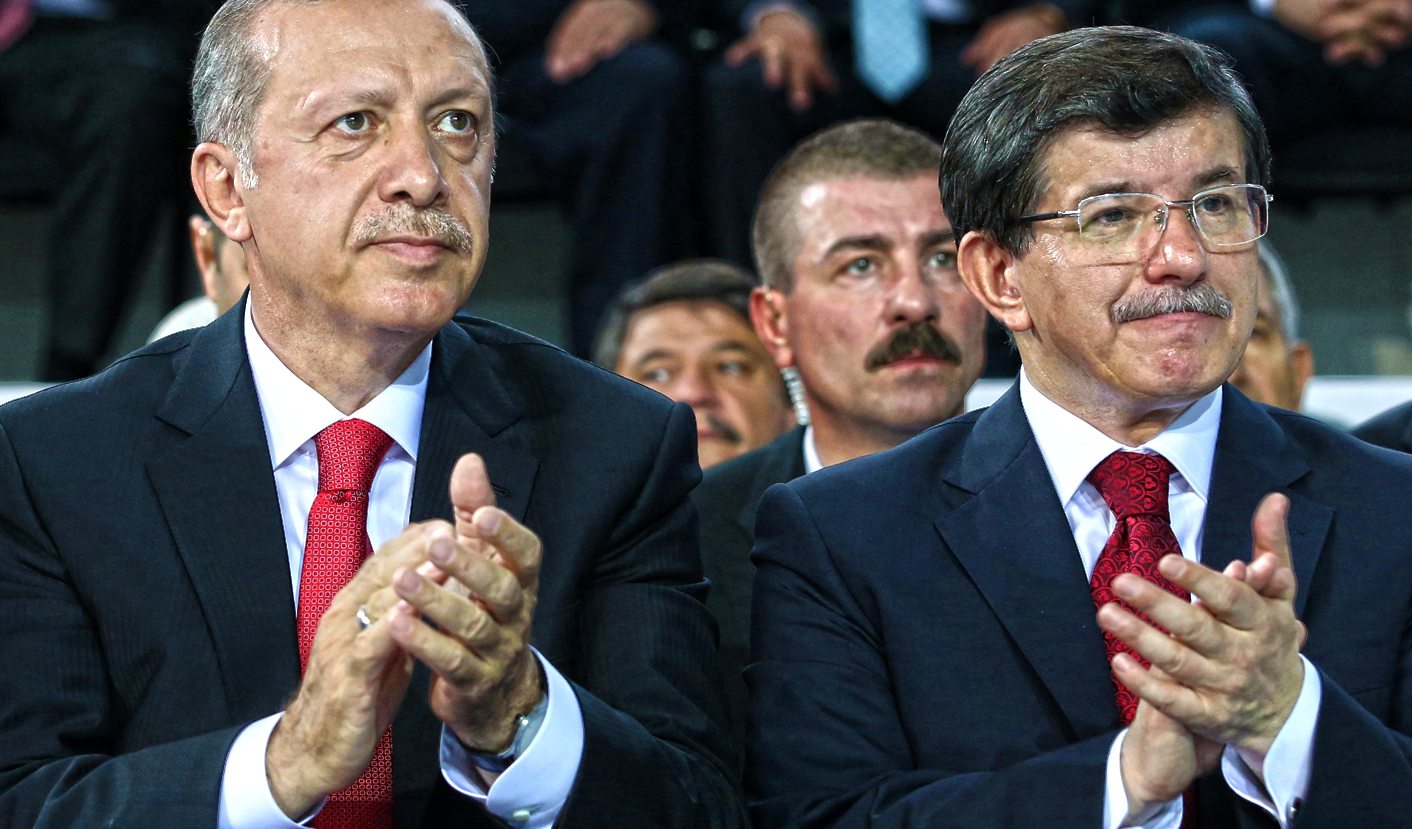 On the eve of mid-November’s Group of 20 summit in Antalya, Turkish officials are in a race against time to restore confidence in a national security architecture which failed to prevent bombings in Ankara this month, in Suruç in July, as well as an Islamic State-inspired attack that killed five people in the majority Kurdish city of Diyarbak?r in June. BERKAY MANDIRACI for INTERNATIONAL CRISIS GROUP.

On the morning of 10 October, two suicide bombers attacked a leftist peace rally in Turkey’s capital of Ankara, killing, by official accounts, at least 102 people and injuring more than 240. This was the most deadly single terrorist attack in the 92-year history of the republic.

No group claimed responsibility for the attack, though Turkish Prime Minister Ahmet Davuto?lu has publicly accepted what was already obvious to many in the rest of the country: Islamic State (IS) is the main suspect.

Despite a sweeping media blackout imposed in the attack’s aftermath, Turkish news outlets have since detailed the bombers’ IS links. Citing Turkish security sources, media identified one bomber as Yunus Emre Alagöz, the brother of a suicide bomber who killed 32 Turkish citizens during an IS-linked attack on the border town of Suruç in July. All three suicide bombers had lived in the city of Ad?yaman, where Turkish and foreign media had detailed IS recruitment activities as early as 2013.

On the eve of mid-November’s Group of 20 summit to be held in Antalya, Turkish officials are now in a race against time to restore confidence in a national security architecture which failed to prevent the Ankara and Suruç bombings, as well as an IS-inspired attack that killed five people in the majority Kurdish city of Diyarbak?r in June. The fact that IS has not claimed responsibility is perhaps part of a strategy to ratchet up the blame game between the state and the Kurdish movement, and also perhaps to deter harsher measures against it by the Turkish government.

But IS has repeatedly threatened to overthrow Turkey’s established order. And the bombing campaign clearly feeds into the long-running struggle for the rights of Turkey’s Kurdish communities – about 15% of the population of 76-million people, mostly living along the south-eastern borders with Syria and Iraq – and the Turkish state’s 31-year-old struggle against the insurgents of the Kurdistan Workers’ Party (PKK).

IS also seems to be attempting to associate its own struggle against a Kurdish militia in Syria with the Turkish government’s fight with the PKK. The PKK and the Syrian Kurd militia are indeed closely linked, and the Turkish government has not hesitated to point out the connection. For their part, the Kurds accuse Ankara of directly and indirectly supporting IS in Syria to weaken the Kurdish national movement.

A further indication of IS’s presumed aim to drive a wedge into Turkey’s most dangerous divide was the fact that the Ankara attack took place on the day the PKK declared a conditional ceasefire ahead of nationwide parliamentary elections to be held on 1 November.

The way that IS conflicts in Syria and Iraq are now overlapping with Turkey’s is feeding fury in the opposition camp. The pro-Kurdish Peoples’ Democracy Party (HDP) in particular sees the Ankara security lapse – along with hundreds of attacks against HDP offices during nationwide riots earlier this year – as evidence that the state has gone beyond negligence and is involved in the attacks against Kurdish nationalist and other leftist groups.

It is of course out of the question that any Turkish government would arrange a massive suicide bombing in its own capital. Such an attack would inevitably be blamed on the government’s failure to provide security to its citizens, especially given the unstable situation in the country and upcoming elections.

But perceptions of at least government negligence are the reason why effective, public investigations into the incident must focus on uncovering details about the Ankara bombing and other similar events. International Crisis Group open-source research shows that Turkish authorities are only beginning to react. They made 118 IS-linked arrests after blaming IS for orchestrating a suicide attack that killed 32 pro-Kurdish activists on 20 July. Since 10 October, seven individuals have been formally arrested and 137 detained. Turkish officials estimate that at least 900 Turkish nationals are fighting for IS, not counting IS sympathisers.

This penetration of Turkey by IS is a legacy of Ankara’s misguided open-door policy on the Syrian border. Despite associating itself with efforts to fight against IS by opening its airbases to US-led anti-IS coalition forces in July, Ankara has not been as actively involved as would have been expected. Instead the focus shifted toward the PKK. In an interview with CNN International’s Becky Anderson aired on 6 September, Turkish President Tayyip Erdo?an stated that the PKK was the prime security priority for Turkey, not IS.

Complicating the picture are internal Turkish political divides which deepened since the Justice and Development Party (AKP) lost its single-party majority in the 7 June elections, but failed to find a coalition partner, forcing the new polls. Since then politicians of all stripes have adopted a toxic discourse of exclusion, defamation and delegitimisation.

Tensions between the AKP and the pro-Kurdish HDP are particularly inflammatory. While the HDP adopted a harsh anti-Erdo?an discourse and focused its election campaign on halting the AKP’s and Erdo?an’s ambitions for an executive presidency, the AKP sought to criminalise the HDP in the eyes of its supporters by insinuating that it had PKK links and accusing its members and leaders of making “terrorist propaganda”.

The main reason the AKP lost its majority in the 7 June elections, despite winning 40.9% of the vote, was that the HDP exceeded the national 10% vote threshold for the first time and entered the Turkish parliament with an unexpected 13.1% of the total vote. Two other opposition parties were also successful, the Republican People’s Party (CHP), a secularist party which won 25%, and the right-wing Nationalist Movement Party (MHP), which got 16.3%.

The HDP’s success raised hopes for a more constructive political environment in which Turkey’s Kurdish population and their interests would be better represented and a solution to the Kurdish question could be sought within a parliamentary setting. However, the tide turned in the opposite direction.

Following the elections, the HDP and the MHP quickly foreswore any coalition talks with the AKP. Constructive overtures from the CHP raised hopes for a coalition government, but talks later failed. Fundamental issues such as the future role of the president, education, the economy and the format of a coalition government prevented the deal. While CHP was asking for a full-fledged “reform and restoration” coalition, this was perceived in AKP ranks as an attempt to undo the achievements of previous AKP governments.

The failure of the coalition talks was sealed once AKP and Erdo?an both saw that their goals were out of reach and began to believe that they could regain critical votes for another single-party majority. The president then declined to follow Turkey’s tradition of handing the mandate to form a coalition to the election runner-up, the CHP. For the first time in the history of the republic, Erdo?an gave an interim election government the authority to take the country to snap elections.

Maximalist goals on both sides and the AKP’s opportunistic approach thus lost the country the chance to form a “grand coalition” – which the pro-Kurdish HDP was also planning to support – and the opportunity to reduce political and social polarisation was allowed to go by the board.

While prospects for a coalition faltered, violence returned. Turkey’s two-and-a-half-year ceasefire with the PKK broke down after the Suruç bombing. Following the attack, PKK affiliated insurgents claimed the assassination of two Turkish police officers in revenge for their alleged involvement in aiding the Suruç bomber.

Thereafter, clashes between the PKK and the Turkish state intensified over the course of August and September, killing 153 Turkish security officials, 80 civilians and 136 PKK insurgents, according to International Crisis Group’s open-source count. The total number of human lives lost in the 100 days since the Suruç bombing thus totals at least 498 (including PKK-Turkey related, Suruç and Ankara deaths). Turkey has not seen such levels of violence since the worst days of the 1990s and 1970s.

Government critics, especially the Kurdish movement, accuse the AKP of further escalating the conflict in the south east, while the PKK declared a conditional ceasefire on 10 October. They charge that the AKP wishes to maximise the votes it can get from the nationalist constituencies and attract back conservative Kurds who used to vote AKP, and push the HDP back below the 10% threshold, by presenting itself as the most determined protector of “national unity” and stability.

For its part, the AKP alleges that the PKK used peace talks as a pretext to establish its political and social clout in Kurdish-speaking south-eastern provinces, while gaining international legitimacy from its anti-IS campaign in Syria.

This growing divide is a dangerous trap for Turkey. If pollsters are right to suggest that the 1 November election will yield a similar outcome as the 7 June poll, the AKP and CHP should capitalise on previous coalition talks and form a government with the HDP’s outside support as quickly as possible.

This is probably the only way to resume the peace process with the PKK and a solution of the Kurdish problem, which must be a top priority. As International Crisis Group research has shown, Turkey’s Turkish and Kurdish communities can be persuaded of the basics of a fair compromise settlement through parallel processes: reforms that address the rights-related demands of Kurds, and a peace deal with the PKK.

The potential for more IS attacks and the volatile situation in Syria make a solution to Turkey’s Kurdish issue more pressing than ever. Turkey will best be able to defend itself against any future IS attempts to widen its social and political divides if politically consolidated identities – and most importantly the state and the Kurdish movement – can find common ground again. DM