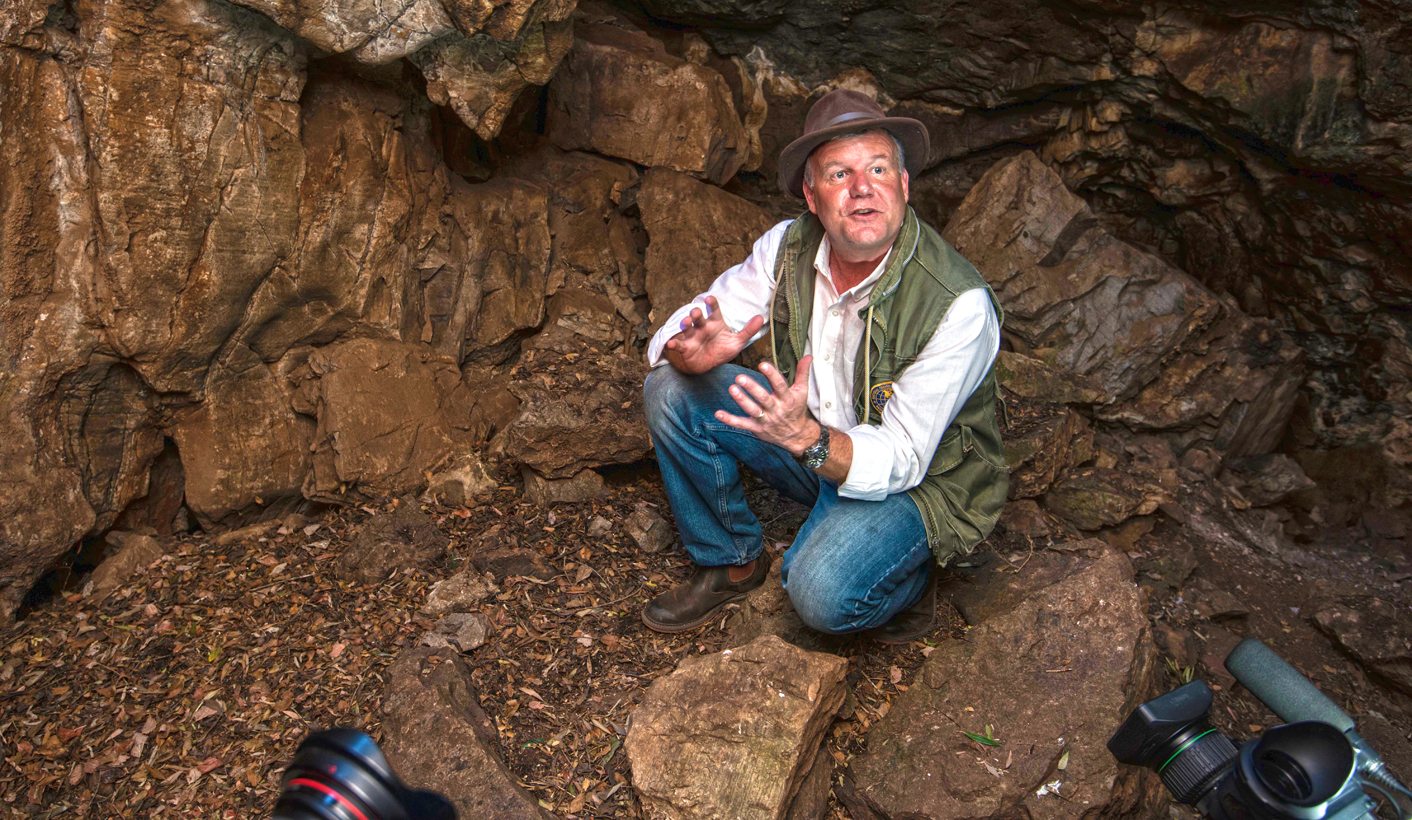 A curious debate has bubbled out of a test tube about South Africa’s so-called 'rock-star scientists'. These are not Jim Morrison types, who create immortal music but land up drowning in their own puke in some bathtub in Paris. They are science celebrities who hog the spotlight. ALEX ELISEEV argues that we need more of these rock stars, not fewer.

Unfortunately, that’s not the kind of rock stars we’re going to be dealing with. But I’m sure they’re out there. Somewhere.

Science reporter, Sarah Wild, recently wrote about the dangers of science rock stars, warning that they risk doing serious damage to their respected fields. (You can read her piece here.) The argument goes like this: People like Lee Berger (famous “this is where humans come from” guy) and Tim Noakes (famous “this is what you should eat” guy) know how to play the media, become celebrities and drown out real scientific debate with their personalities. To challenge their work is to challenge them personally, which results in the unleashing of Oscar Pistorius-like trolls. Furthermore these rock stars oversimplify and create a danger that should they be proven wrong, the public could lose their trust in science.

Wild is a colleague and a friend. She is also an actual science reporter. A great one at that. But since her analysis is all about the strangling of dissenting views, I’m sure she won’t mind this bit of dissent.

To kick off, here is a randomly-selected paragraph from the Homo Naledi research paper, published in online scientific journal eLife:

“H. naledi differs from Australopithecus afarensis and Australopithecus africanus in having a pentagonal-shaped cranial vault in posterior view, sagittal keeling, widely spaced temporal lines, an angular torus, a deep and narrow digastric fossa, an external occipital protuberance, an anteriorly positioned root of the zygomatic process of the maxilla, a broad palate, and a small canine jugum lacking anterior pillars …”

You’re thinking about that rock star science party, aren’t you?

Science papers are not written for the mainstream. There is just not enough grey stuff inside our skulls, I’m afraid. They are complex, inaccessible and, put bluntly, boring. Boring not because of the contents, but because they are not created in an engaging way. People love to read about other people. They love a good narrative. A human story. Read any book by Malcolm Gladwell and you’ll understand what I’m talking about.

If one attempts to pull science research into the mainstream, there is no choice but to simplify. The trick is to simplify without destroying. Journalists do this on a daily basis. How many people really wrestled with dolus eventualis before a certain celebrity trial? Who has actually read Thuli Madonsela’s full Nkandla report?

Every profession is subjected to it. From medicine to space exploration. There are those with a shallow (but strong) interest and those with deep knowledge about a particular field who feel that those telling stories about it are mangling the truth.

My argument is that there is space for both.

Scientists disagree. (I once had the misfortune of being let in on the ‘hominin’ vs ‘hominid’ debate.) They will dispute the Homo Naledi discovery for years to come, using language that will make most of us pass out from intracranial pressure. The fact that the discovery had a glitzy launch and landed up in National Geographic doesn’t take away anything from those in the field of paleoanthropology. Should the theory of the ‘burial chamber’ be proven wrong, they are free to gather the press and make an announcement.

You can bet that the conversation around Shrien Dewani was very different in legal circles to that in hair salons. Engineers must have a very different take on the Grayston bridge collapse. Astronauts talk about a shuttle launch not in terms of how pretty it looks but how lucky they are to be alive, having strapped themselves to a rocket with a 2-million-litre hydrogen bomb on board.

There is always going to be the insider (think academic) conversation and the mainstream one. And that’s just fine.

In each of these professions, and all others, there are insiders who pull at the threads of stories and, to quote The Doors, break on through to the other side. This ranges from neurology (Oliver Sacks) to bird watching (Vernon RL Head).

Likewise, in each of these fields there are people who rise above others. People who have the X-factor. Who have flare and personality. Professor Lee Berger, I would argue, is one of those people. If you have ever sat in a room with him, you will know that his passion is infectious. It’s contagious. He is capable of explaining the most complicated scientific ideas without putting anyone to sleep. (Which is a gift, by the way.) To go out on a field trip with him is to embark on an Indiana Jones adventure. His talent is to make science exciting and entertaining. To make others want to grab a shovel and go out and explore the world.

Does he play the media “like a 100-piece orchestra”? Absolutely. Does he know what makes for a good sound bite or a sexy camera shot? Of course he does. He harnesses the power of the media lightning bolt and channels it to help fund research, which feeds science and non-science communities and can also have spin-offs like more interest in science at schools or rands in the tills at Maropeng. It may even convert a few evolution denialists.

To suggest that should Berger plummet back to earth with melted wings his entire field of science will be discredited, in my opinion, is a leap of logic. The beauty of science (this endless search for truth) is that scientists can admit they were wrong and allow the next ‘rock star’ to step up. The very foundation of science is that theories are stacked on top of each other. There is nothing to say that a new one won’t be placed on top of Homo Naledi in the future.

The only danger, therefore, is if rock stars grow too arrogant to concede mistakes.

There are amazing things happening out there. The world’s most powerful radio telescope is being built to gaze at the stars and allow us to travel back in time. Humans are preparing to set sail for the red planet. By calculating gravity fields we landed a spacecraft on a comet 500-million kilometres from earth! In the next two years the Bloodhound supersonic car will attempt to smash all land speed records by hitting a mind-boggling 1,600km/h. American astronaut Scott Kelly is spending a year in space, while tests on his identical twin and fellow astronaut, Mark, allow the National Aeronautics and Space Administration to better understand the effects of long exposure to zero gravity.

We could just be the next big science generation. And yet, how many people will ever understand the physics behind these incredible feats? Or the mathematical principles that govern them?

To have all of these achievements locked away in the ‘black box’ of academia, trapped in research papers that one in every 100 people read, would be a tragedy. That’s where the real danger lies.

You want kids to dream of being AB de Villiers, but also of being Lee Berger. You want them to follow him on Twitter and watch his expeditions streamed live into their bedrooms. The next generation needs to be ready.

So it may not be perfect or pure, but the two parallel conversations must continue. The alternative is more headlines about scandalous politicians or Rihanna’s fears of what childbirth will do to her private parts. DM

Alex Eliseev is an EWN reporter. Follow him at @ewnreporter