South Africa vs Wales: Preview by the numbers

South Africa vs Wales: Preview by the numbers 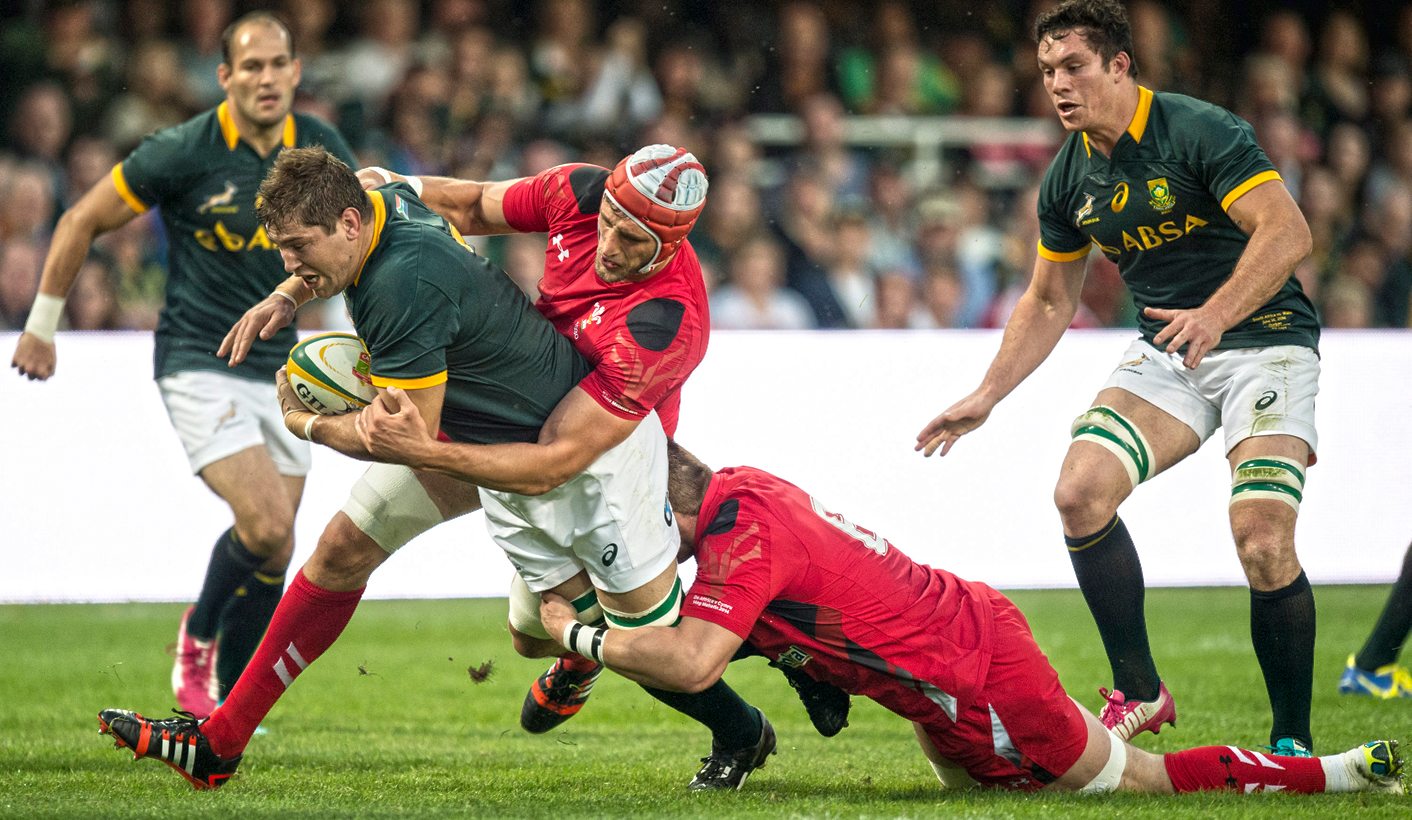 South Africa and Wales square off in the quarterfinals of the 2015 Rugby World Cup on Saturday. South Africa have been one of the top try-scoring teams at this year’s tournament, while Wales have hardly conceded any. Buckle up for a tough tussle. By ANTOINETTE MULLER.

South Africa’s quarterfinal clash against Wales is, if you can forgive the cliché, will be very much a tale of two teams. Wales got here despite having a depleted squad and because they have punched very much above their weight for most of the tournament. They were helped by England’s ineptitude, but survived through sheer bloody mindedness.

South Africa, we can argue, perhaps got here because of an injury or two. Sure, Jean de Villiers showed against Samoa that he has plenty left in the tank and he would have done a decent job if he stayed, but in his absence Fourie du Preez has flourished in a captaincy role. Then there is Victor Matfield. The line-out master is still out of action with a dodgy hamstring, but while he was away, Lood de Jager has played – and how. De Jager’s fierce defence and chemistry with Eben Etzebeth has been fierce. De Jager is not quite as ferocious as Matfield when it comes to line-ups, but he has been receiving some tutelage from the maestro and it has clearly paid off. Coach Heyneke Meyer was spared having to choose between the two for this match, with Matfield apparently not recovering from his injury.

For Meyer and the Boks, this is the biggest game of their Rugby World Cup campaign so far, but it should also be one of the most intimidating. As against Japan, South Africa are expected to win this one, if the numbers are anything to go buy. The data crunchers at Principa, the data mining company which is using machines to out-predict humans by 99.68% has predicted a win for South Africa by four points.

The two teams have played each other 30 times, with South Africa winning 27 times and Wales three with an average score of 27-15 between the two teams over the course of the last 20 years. Of course, using machines to predict results can be problematic as there are many factors that aren’t taken into account – such as injuries and players on the field – but with a very good hit rate thus far, the numbers might be close to good.

During this World Cup, South Africa have been very much the stronger team, too. They’ve won more scrums, lost just one of their own scrums and stole more line-outs. They’ve made fewer handling errors, missed fewer and made more tackles and have only been let down by their lack of winning turnovers.

But beyond the numbers lie an intriguing story for Meyer and the Boks. Some on the heavier side of cynicism didn’t think they would get here, others didn’t want them to. But, now they are here and while Meyer appears to have taken some lessons from the last few weeks, that does not mean South Africa are in the clear. While platitudes at press conferences are very much media-trained into sports people, at least Meyer is in-tune with what will be required from his team.

“Rugby, especially in this tournament, is all about winning the forward battle. They’ve still got a brilliant side, we’ve also got two of our best players out,” Meyer said at a press conference in Bagshot near London on Wednesday.

“If you look at Wales, they are a quality side. They don’t concede tries – only two in the first four games – and they play a very disciplined type of rugby. There are no weak areas. They are very direct and use the 12 (Jamie Roberts) to run-up and build phases to put you under pressure with your discipline. Discipline is going to be very important.”

Whatever the battle, the next few matches are about far more than simple a few strategic tussles. DM